Compiled from a series of posts published Summer 2009 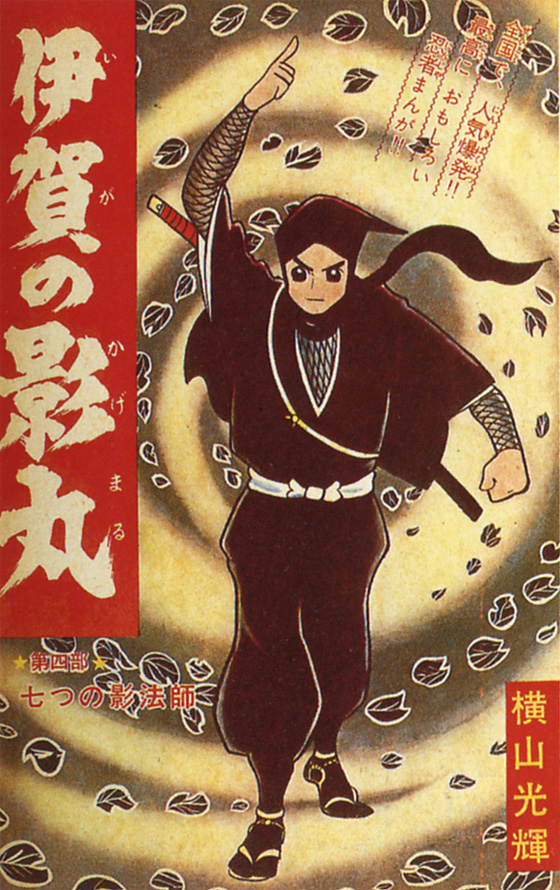 Mitsuteru Yokoyama is probably the second most prolific creator of crossover ninja properties next to Shirato Sanpei. Both Kagemaru of Iga and Masked Ninja Akakage expanded from their pulp roots to multiple incarnations in anime and live action film/television. 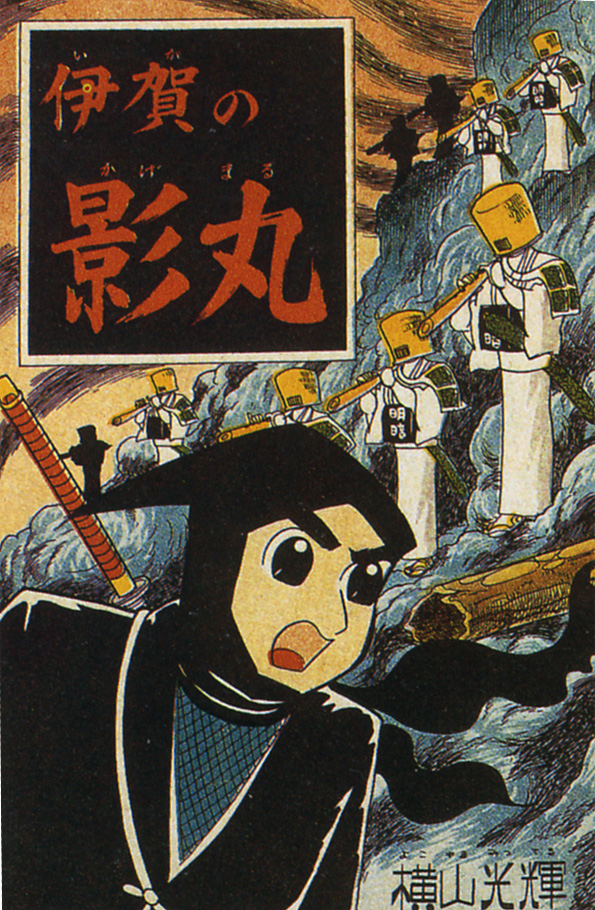 I’m sure every kid in 1960’s Japan wanted to be Kagemaru — the whirlwind-summoning teen of Iga. But for me, it’s Yokoyama’s rogues gallery of villains that shows the true originality of character design. For what it’s worth, I actually dislike the unhooded Kagemaru as a design… But I do love that angular hood when he masks up! 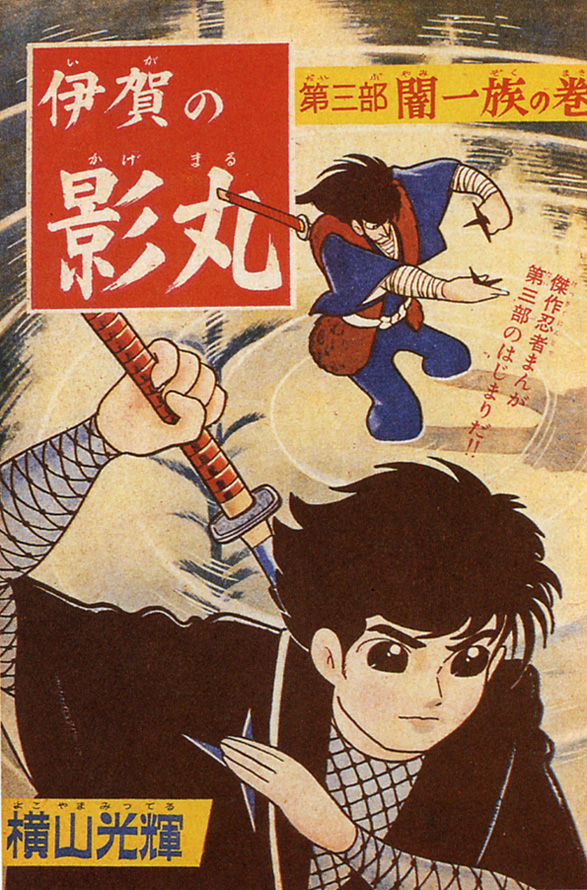 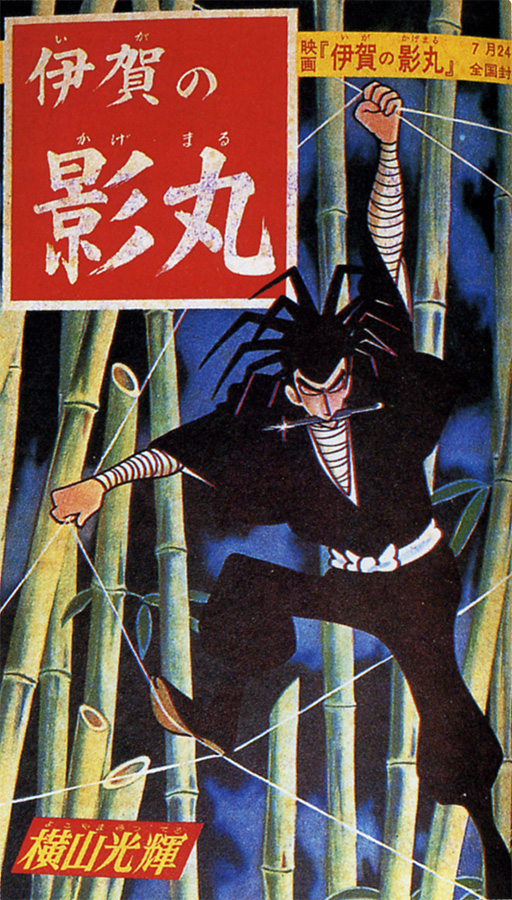 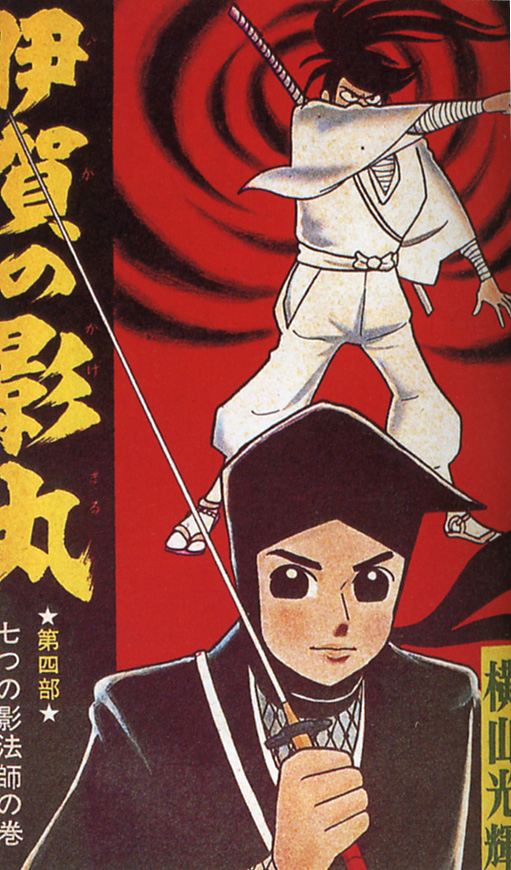 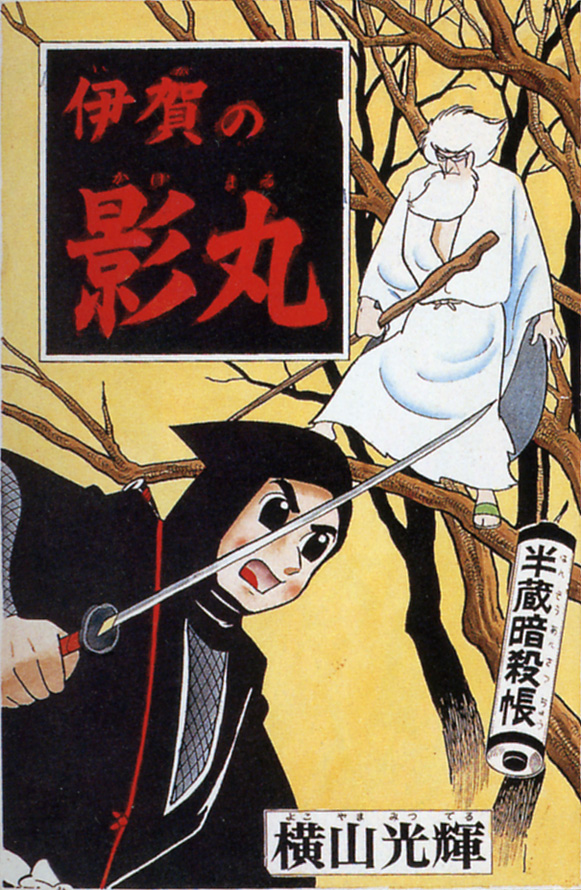 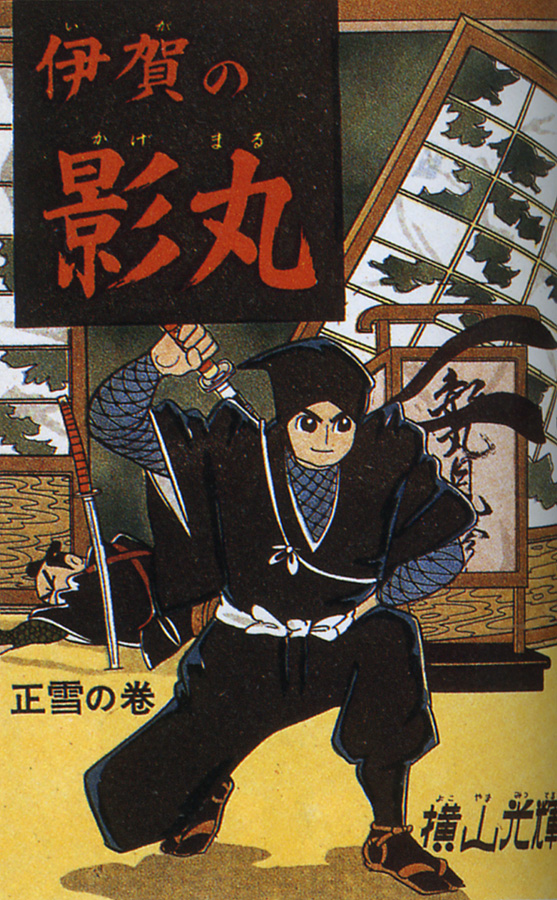 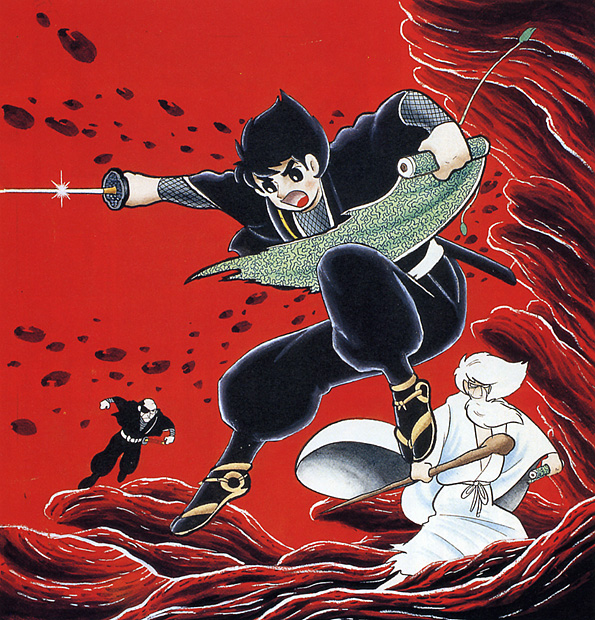 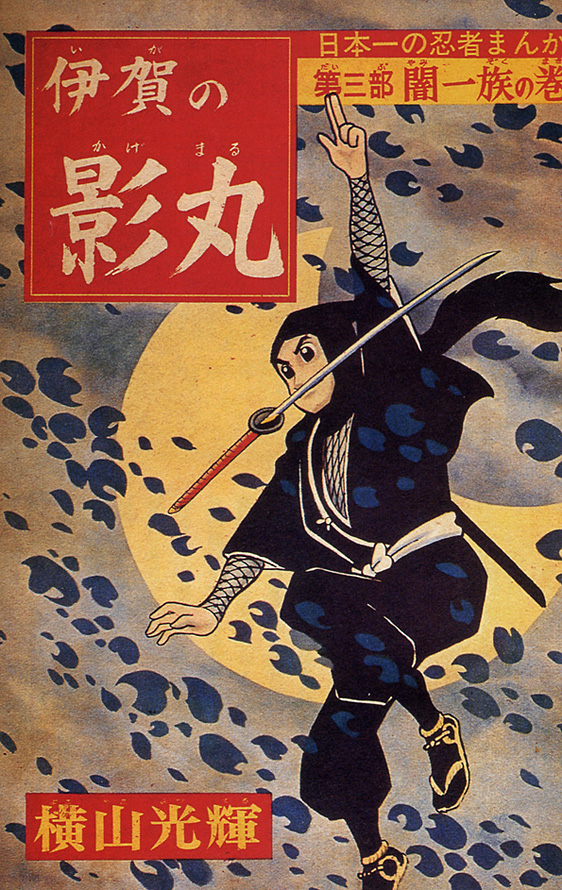 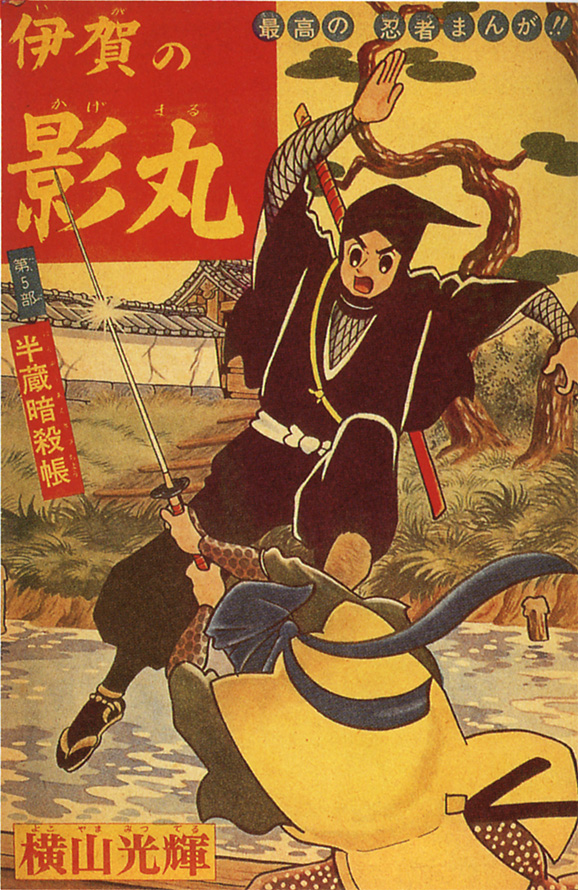 Here’s a 2004 retro-collectible from Japan’s Furuta capsule and blind-box toy manufacturer. This piece is a representation of the manga version, complete with diorama base depicting his signature whirlwind leaf defense. He also came with a variant un-hooded head, of which I promptly lost track. 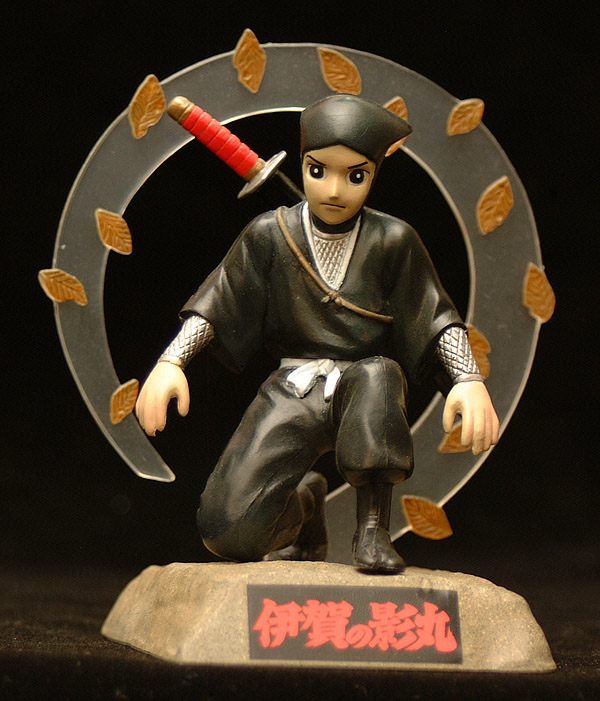 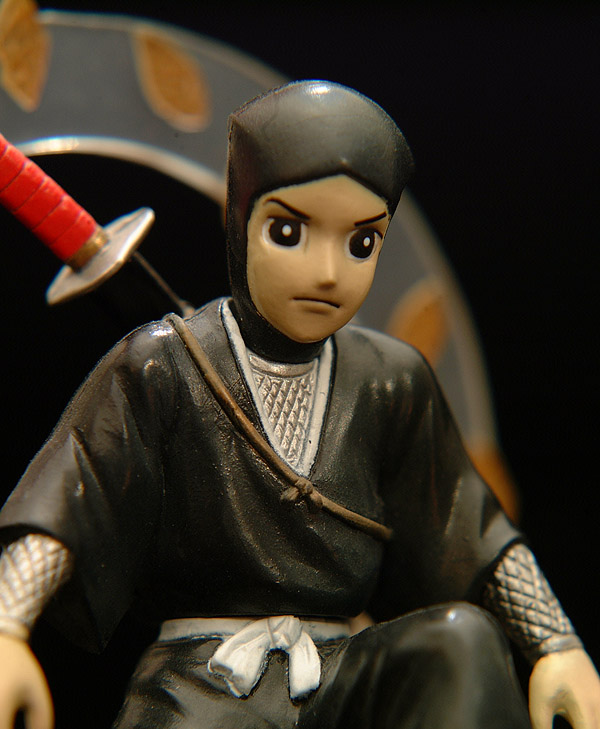 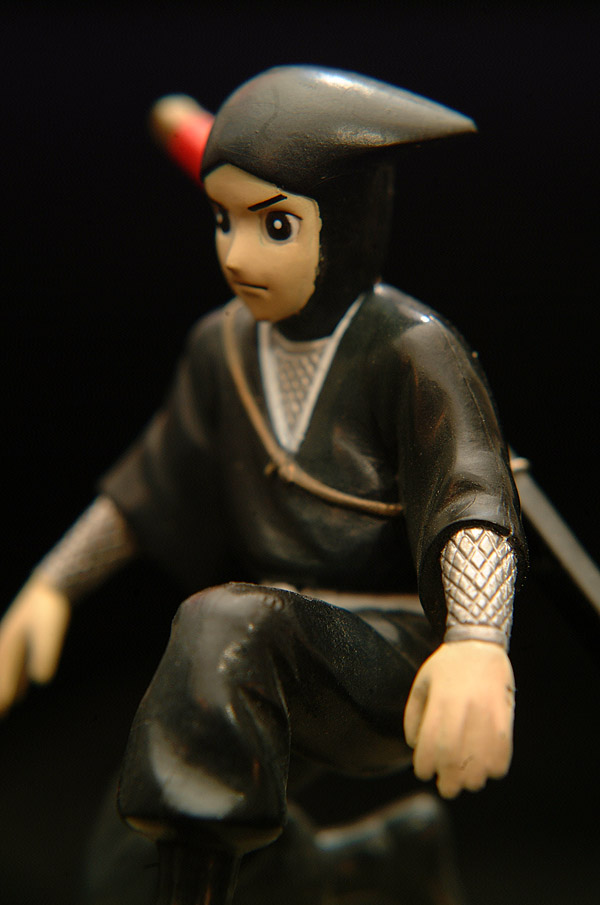 And check out this illo from an early 60’s 2-color pulp manga – clearly the sculptor’s guide for the above figure. 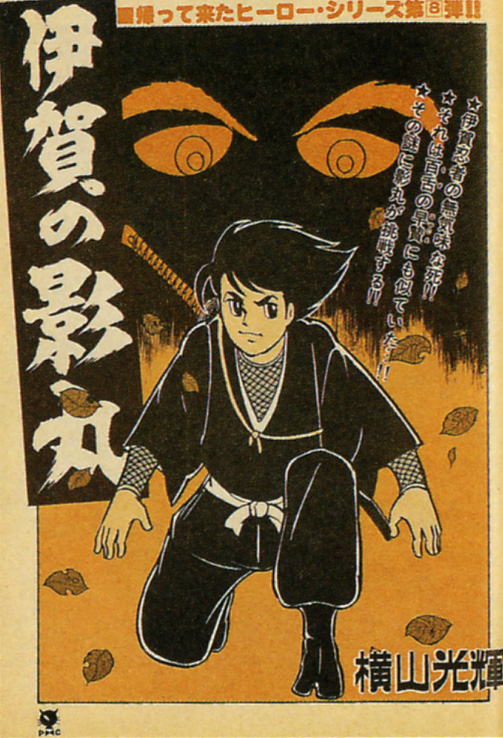 There was no shortage of Kagemaru march back in the day, although the pointy hood seems to have been a sculpting issue on that plastic mask. 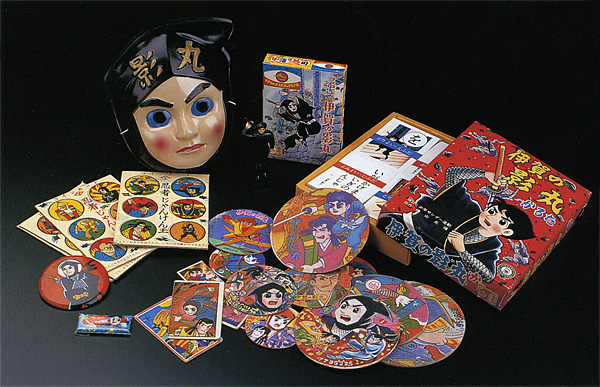 The live action film had a more ambitious interpretation of the stylized hood. 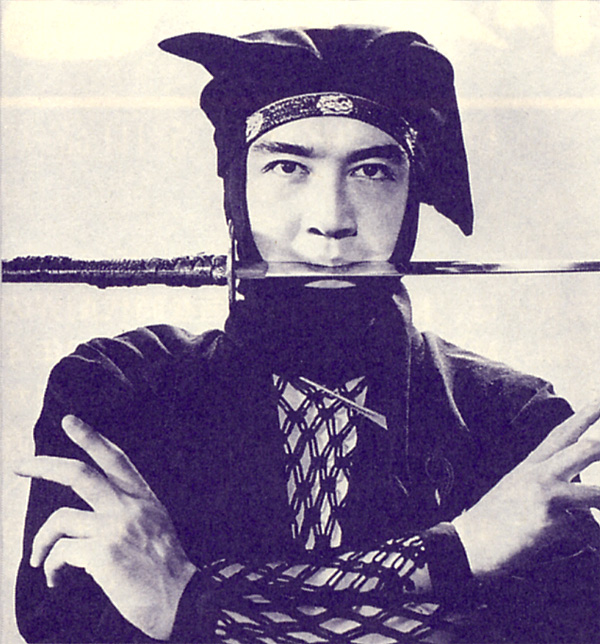 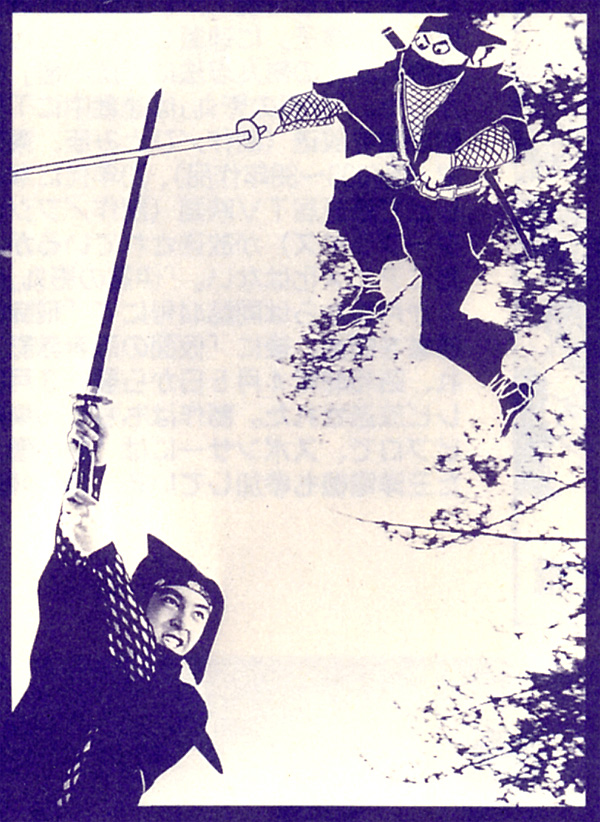 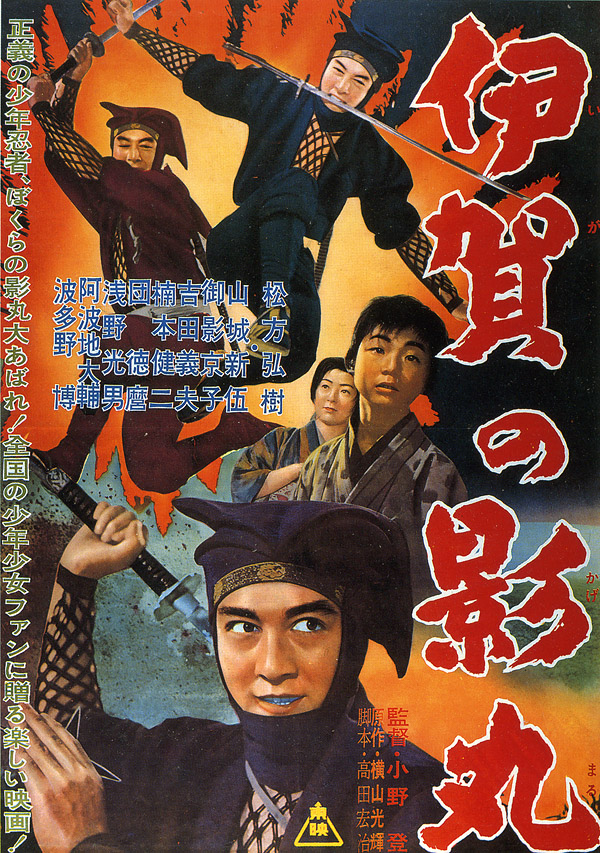 Read and see more on this character at the old Black Sun blog.