Is it just me, or is there more and more generic-design ninja merch out there than ever before?

This stuff is clogging the shelves of every Little Tokyo and/or Chinatown tourist trap, airport gift shop, cart and blanket vendor around subways, dollar stores and ebay all over like cheap plastic ninja kudzu. It’s almost the 80s all over again… except back then, we didn’t have iconically cartooned shinobi versions of kitchenware and common household goods.

There are sippy-cup shinobi and and some rather clever coffee kusa. 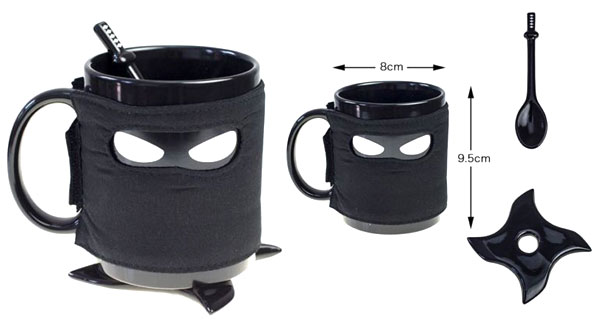 Ninja can guard the fizz in your soda-pop… 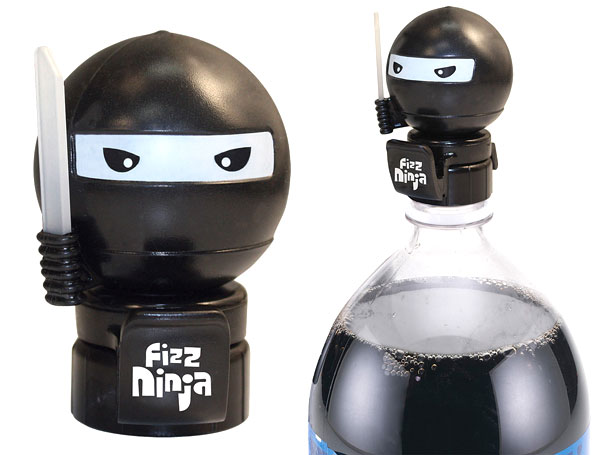 …and scale your fridge like it was a feudal-era castle. 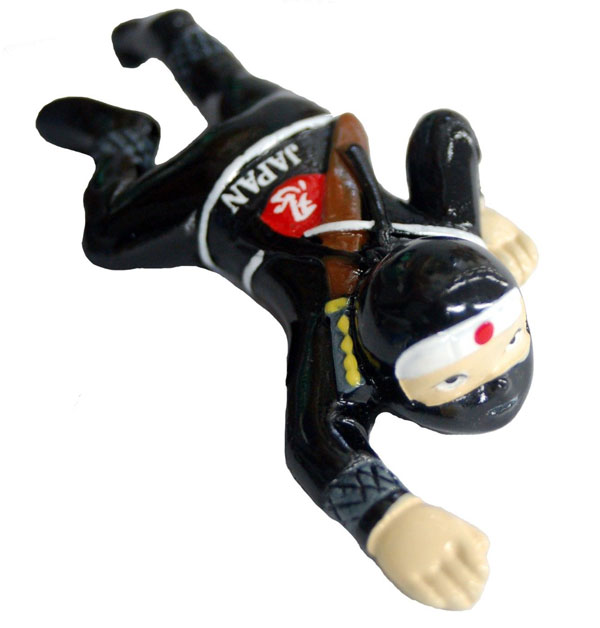 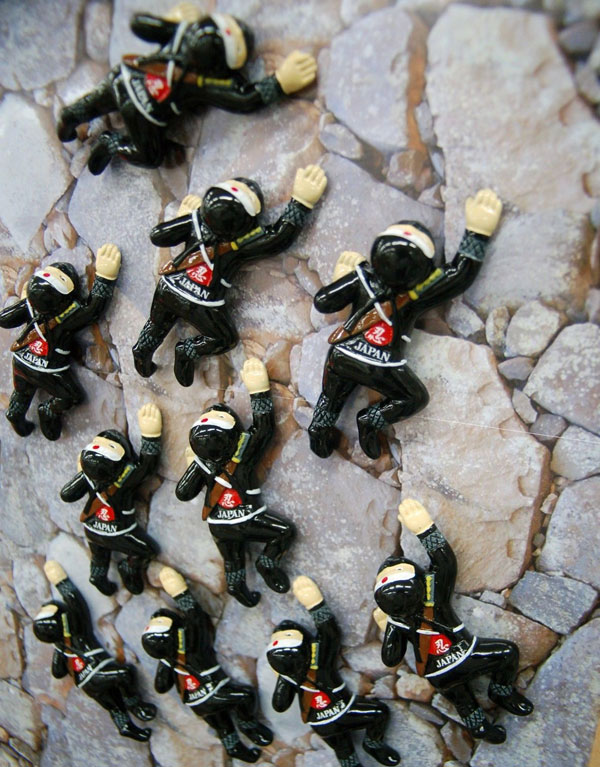 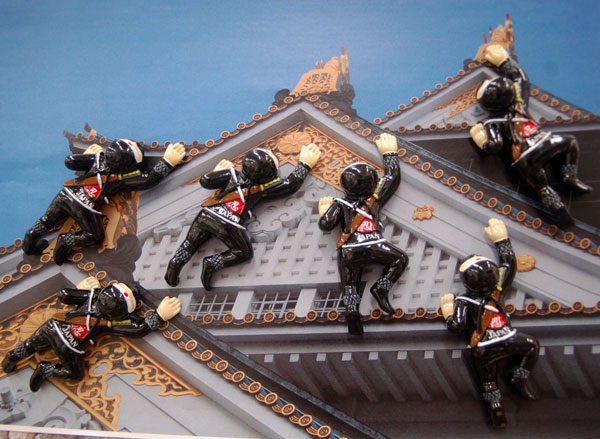 The can make hard-boiled eggs and cook rice, too. 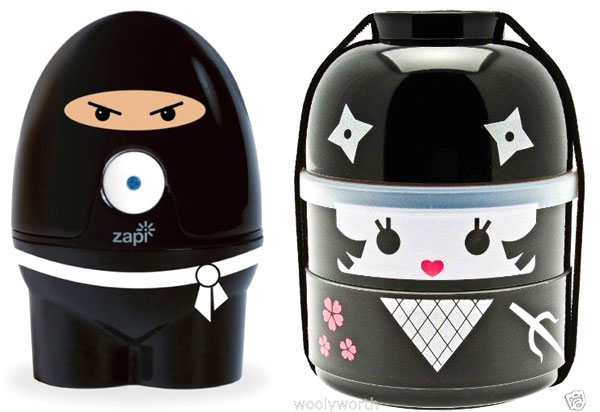 And keep you warm on a cool night. Hoodies have come a long way. The one on the right is probably better made than any of the costuming on the latter American Ninja sequels. 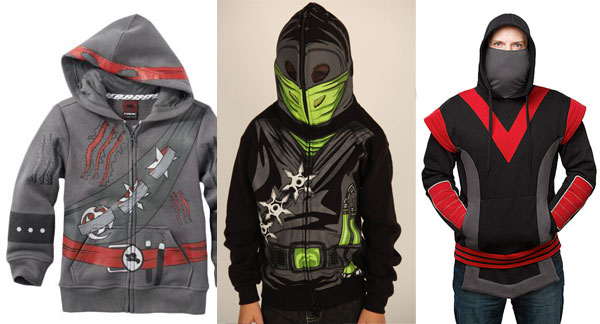 These smartphone stands from Japan are pretty damned amazing! 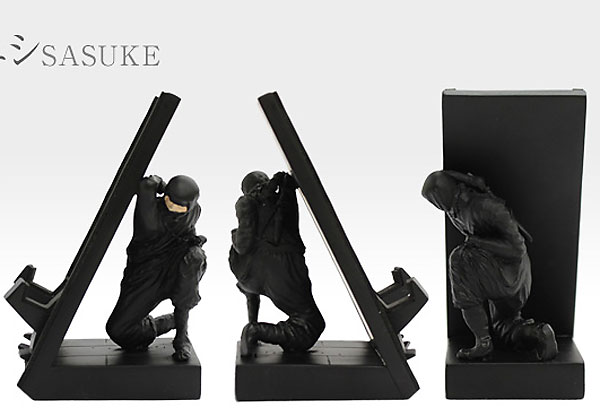 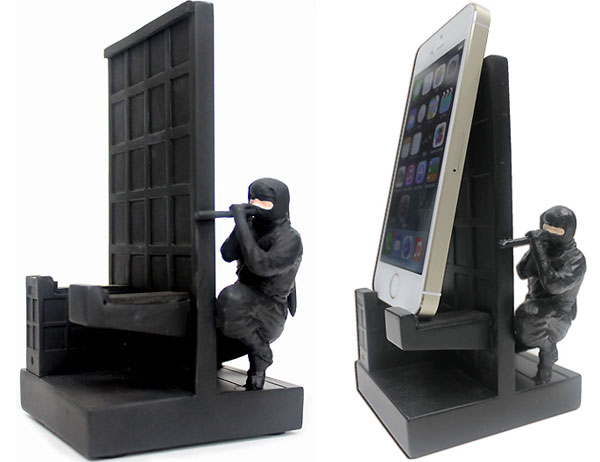 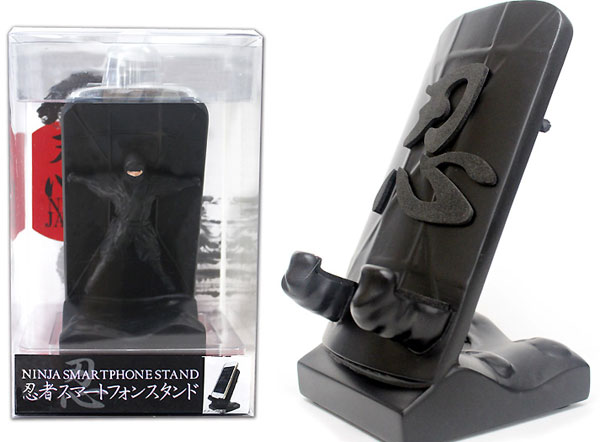 And all without a single property license or discernible knock-off of a known hit character. Generic ninja designs are worth their weight in non-licensed gold.

I managed to resist all these retail temptations this year, but here’s a couple of independent media projects with roots in old-school ninja fandom I did support:

Neon Harbor, the folks who brought us the astute parodies Ninja: The Mission Force have released an original animated feature in the tradition of Cyber Ninja, Zipang, Moon Over Tao, etc. Have not screened this yet, but its heart is clearly in the right place and I love the designs and genre literacy here! 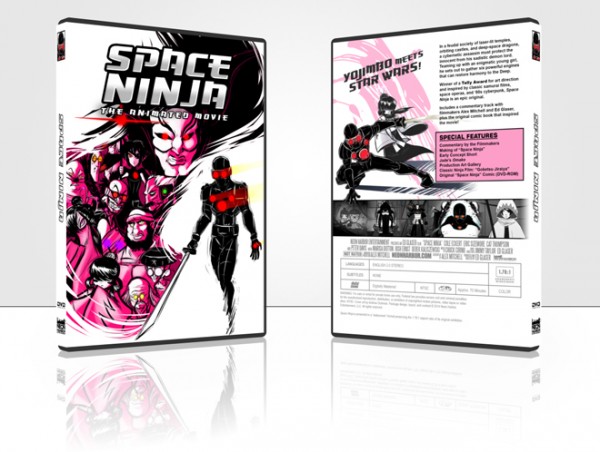 Check out the trailer and buy the disc direct from the source at Neon Harbor.

Shadowland Magazine is one of a handful of modern ‘zines keeping the 90s traditions alive — indie hustle, niche content, illustrated covers, and real gems of genre goodness. They sent me a preview of their now available issue #10, which features 18 pages of ninja movie overviews and shuriken-starred reviews, with the crown jewel being a short interview with Cannon films director Sam Firstenberg. 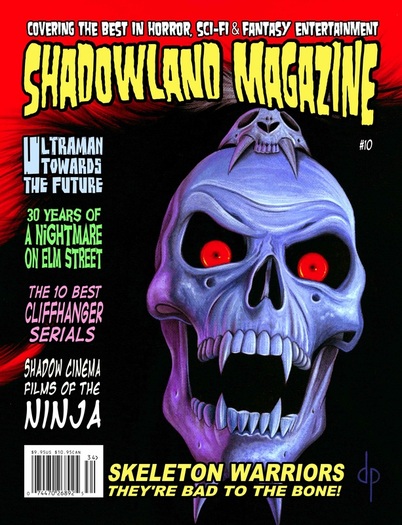 The magazine is available in print form now with a digital version pending. Support an indie publisher and check it out!

It’s not too late for some last-minute Christmas shopping, or some retail therapy with some of that holiday money you got in place of actual affection from your family. Spend it where it counts, and keep it ninja!