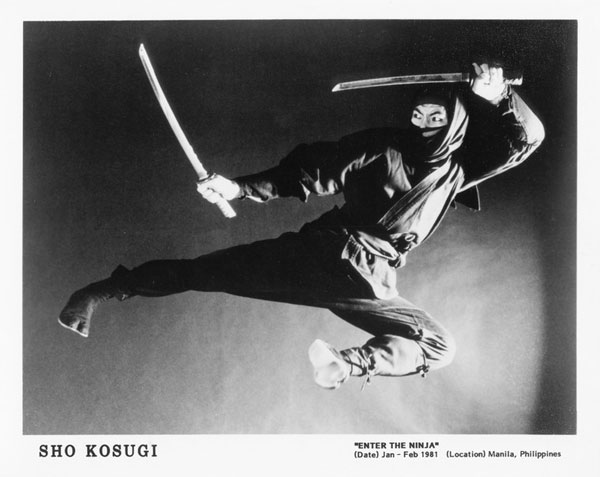 We got some nice entries, from comics to cheap merch to costume catalog photos. Much of it is contemporary to the original pose’s proliferation during the 80s ninja craze, but some of these are newer — the pose is that eternal… 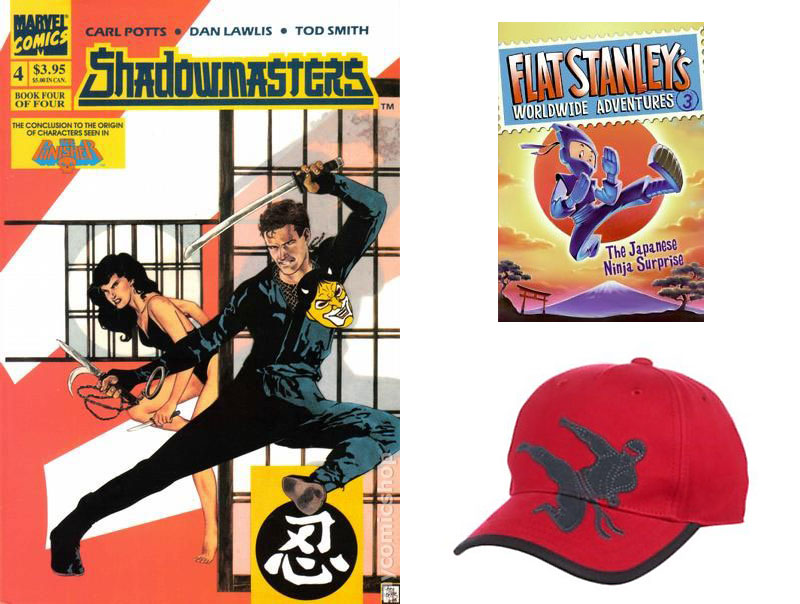 Now, a true KK is one where the jump-kick pose, originally made famous by Bruce Lee, adds both the ninja suit and two short swords of some type to become the icon of the 80s ninja boom. The Shadowmasters cover left is a pure example of that (much of that figure looks root-scoped off the original photo!), whereas the items on right are more shinobi-fied kung-fu fare. 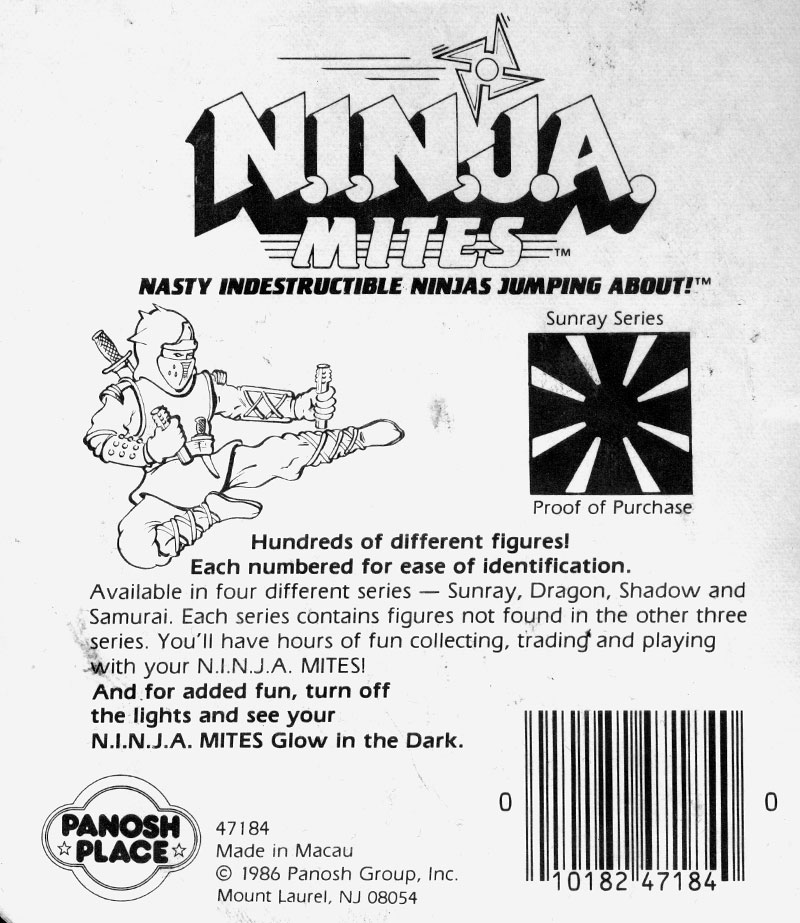 The back of a Panosh “NINJA Mites” toy package featured a nice variation with… well, what are those? Cudgels? Light saber handles? 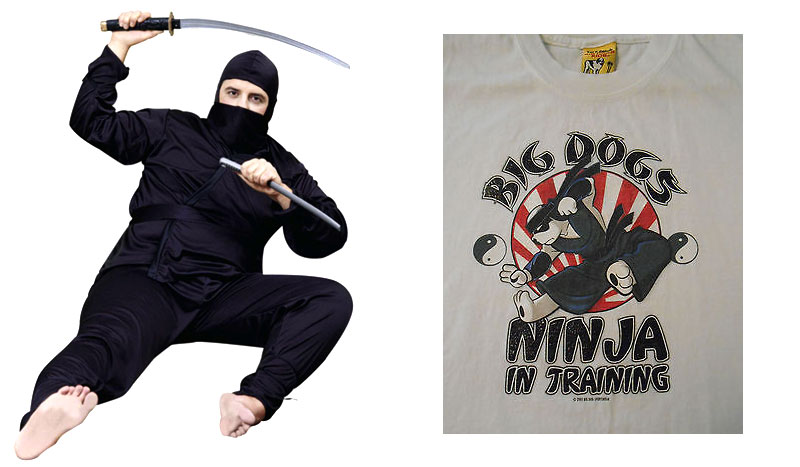 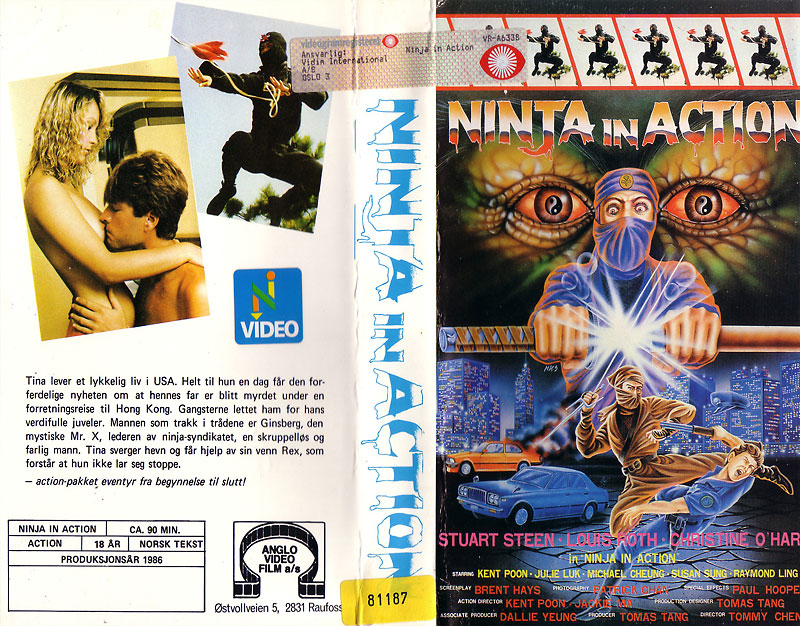 This vintage VHS has a nice twist — a rare KK with an impact on a victim. Points off for only having one weapon though. 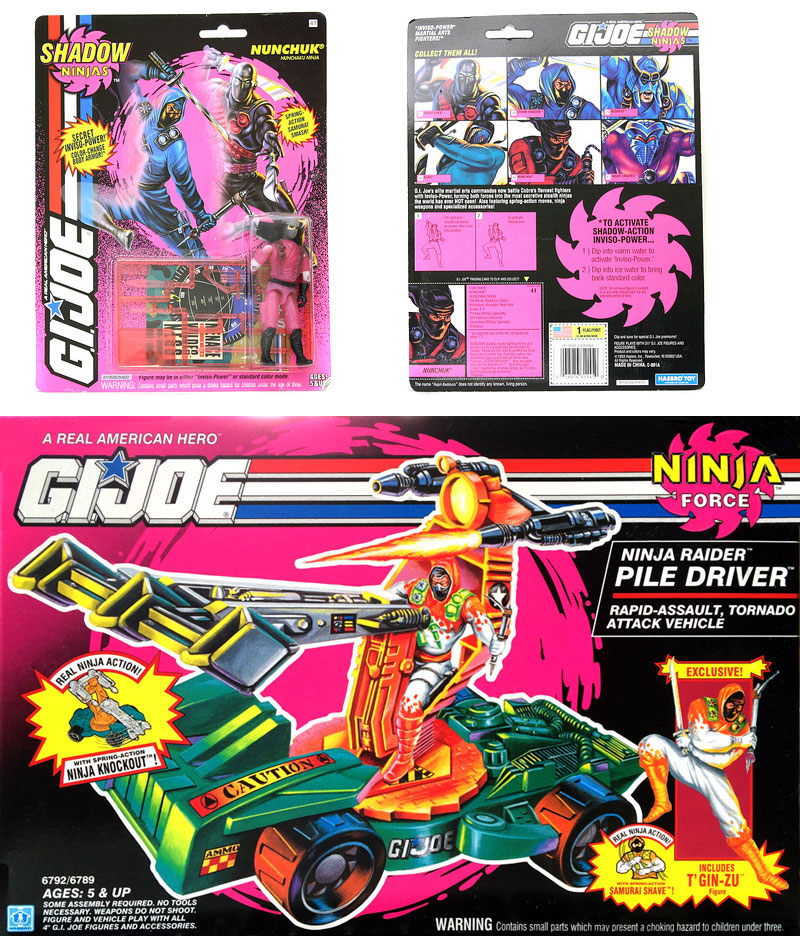 And I had totally blanked out these late entires into the GI Joe line. The “Ninja Force” figures came late in the craze, and too late to save the Hasbro toy line, as well. Day-glow ninja with idiotic vehicles that were clearly molded for some other purpose just didn’t cut it.