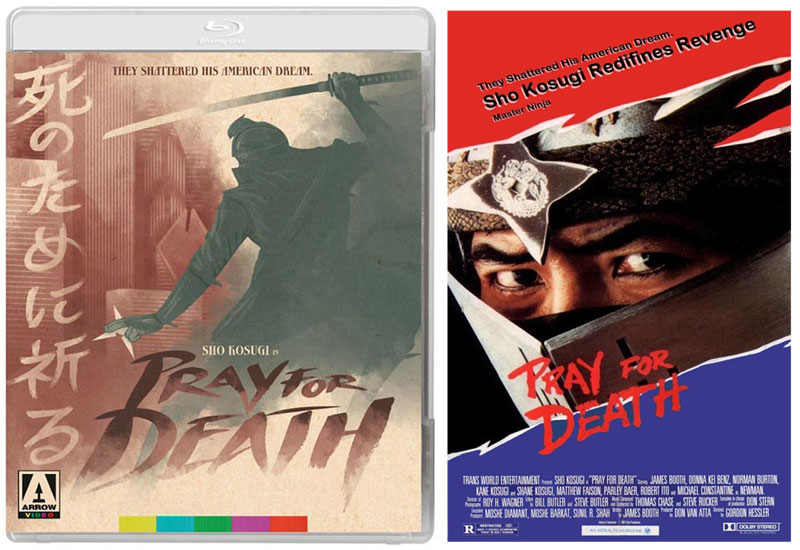 From the official Arrow press release:

“NEW US ONLY TITLE: Pray for Death (Arrow Video) Blu-ray

THEY SHATTERED HIS AMERICAN DREAM.

Japanese Restauranteur Akira (Kosugi) has taken his wife and two boys to the United States in search of a better life. But their slice of the American Dream is quickly soured when they fall foul of a group of vicious jewellery thieves. Unfortunately for the bad guys, they didn’t count on Akira being a secret black ninja.

The samurai sword of vengeance falls swift and hard in this classic slice of ‘80s ninja action from director Gordon Hessler (Scream and Scream Again, The Golden Voyage of Sinbad), culminating in an action-packed showdown with a bodycount worthy of Commando.

PfD is probably Kosugi’s best film outside the Cannon trilogy, and arguably even better than one or two of those. One’s fandom-level for this film depends on how you feel about the armored helmet, the logic-defying / nigh-meta character background, and the juxtaposition of gory violence and brutality to women with happy-fun-ninja-kid-on-self-made-ninja-bike stuff. The “Back to the Shadows” theme song and Bond-like opening credits are the bomb.

There’s a nice full review over at Ninjas All the Way Down, and Movie-Censorship.com details the decades-old controversy of “uncut” versions and missing scenes. I for one have never needed to see a woman raped and killed in grisly fashion in order to enjoy a film, but I’ve also seen how piss-poor the hatchet job of gore-shaving censorship was in the UK releases of this film, so a complete version will be great to finally have out in the world.

I have several Arrow discs, and recent releases like the Lee Van Cleef Spaghetti Western Day of Anger go way above and way beyond what you normally find in exploitation genre titles. Packaging features a reversible insert with the original marketing on one side, and new illustrated images on the reverse. 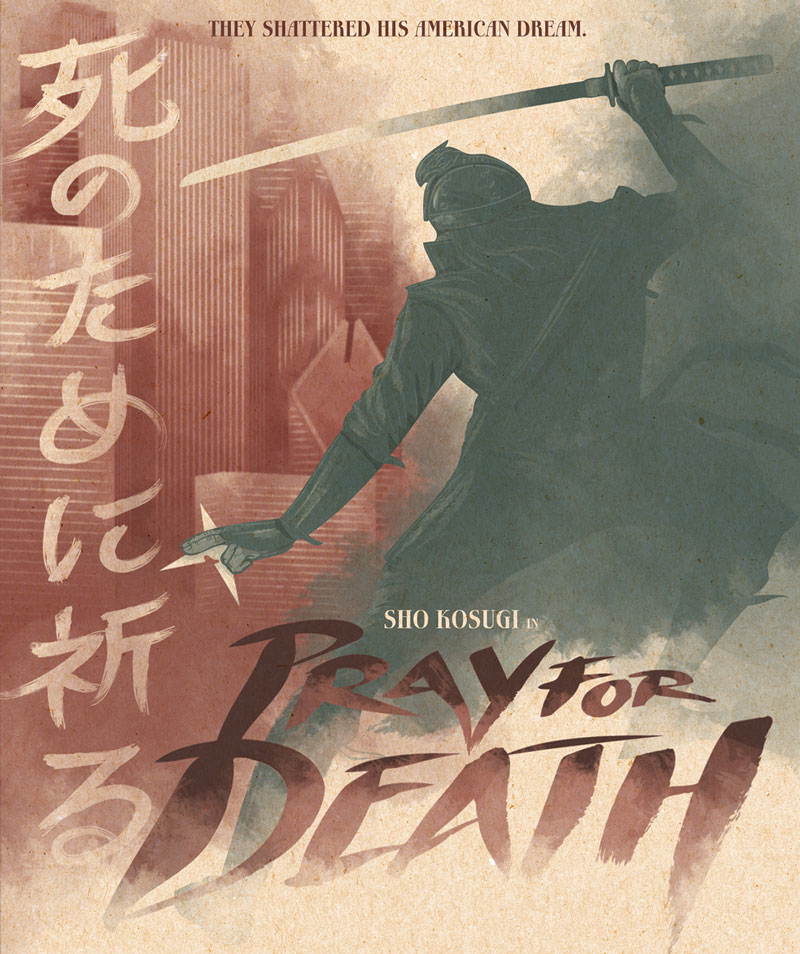 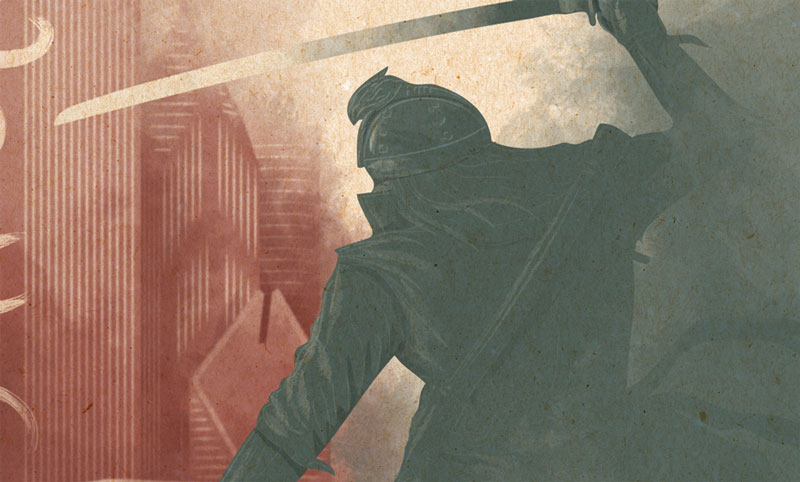 Not crazy about this art, seeing as the helmeted Kosugi is soooooo iconic for this film, plus depicting him with a 2000s style extreme shruiken and a samurai sword vs. the “ninja-to” that literally bore his name is just bad research.

In this era of the Alamo Drafthouse and Mondo defining abstract and minimalist retro movie art, labels like Arrow and Criterion are sometime too quick to place artistic accomplishment over effective marketing. It’s not so big a deal in a world where brick-and-mortar retail is disappearing, but if I as a fan of this movie was looking for it on a shelf this art would make the product unrecognizable to me. Other Euro-discs of this and Kosugi fare like Rage of Honor actually embrace both the iconic nature of the costuming and the boldness of 80s exploitation marketing. 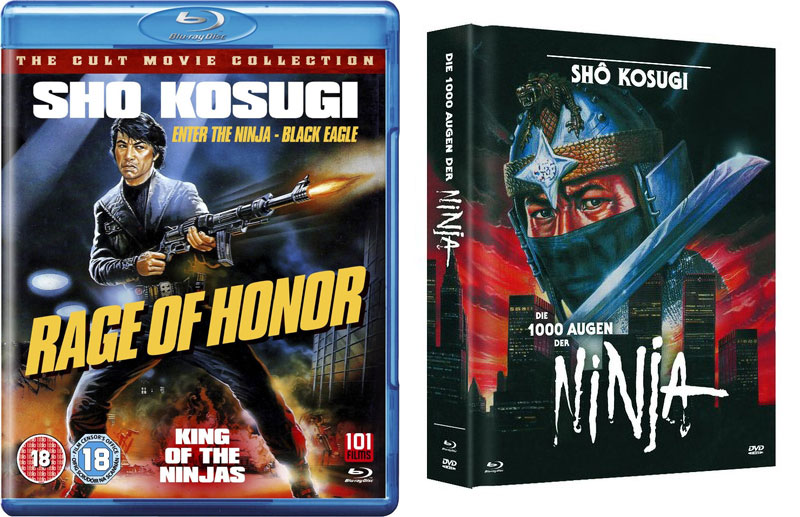 Apart from busting balls as an armchair art director, the extras Arrow has lined up sound pretty damned great! I’m a sucker for vintage featurettes, and the inclusion of any ninja demo Kosugi did back in the day (see also the “Ninja Theater” VHS series and his Master Class tape) is reason enough to buy this disc.

Arrow’s Pray for Death has a street date of February 16.