Evidenced by the previous entries in this series, director Masahiro Shinoda and cinematographer Masao Kosugi were out to baffle the viewer visually as much as their lead character Sarutobi Sasuke was confounded by the intrigue around him.

But in the middle of all the conflicting actor movements, confusing geometry and misleading framing, frequent quick-cut close-ups and extreme close-ups are contrastingly stark. They are brilliantly photographed, crisp and clear. Their conventionality makes them striking in the foggy visual environs of the rest of the film.

Fitting to end a look at one of, if not the, weirdest ninja movies ever made with shots of one of the damned strangest weapons ever. (Read all about it and others in Serge Mol’s excellent Classical Weaponry of Japan)

I’m no professor in the art of filmmaking, and I’m probably butchering some of the visual vocabulary I learned in college, but what I’ve tried to get across this week is how rarified the air is around Samurai Spy. Adventurous and experimental as hell, there’s nothing else quite like it during the 60’s craze. It may be above the rest of the genre, but it also still pays off with the basics we all look for in a vintage ninja film.

If nothing else, it gives visuals like the above consistently. You just can’t take your eyes off this flick. 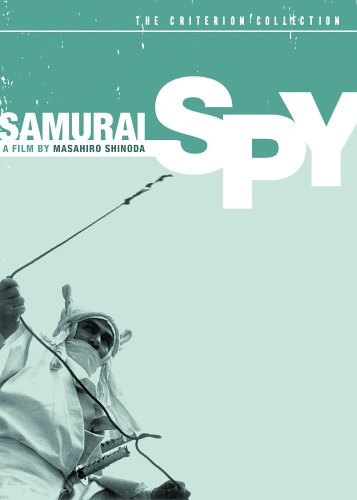