I have a real pet peeve – when it comes to RED NINJA I’m a total hater.

I understand why comic book and toy companies use the color, I get the appeal of the aggressive hue, etc. and so forth, whatever… But regardless, I’m annoyed as hell by red ninja suits in movies and comics and especially toy lines. 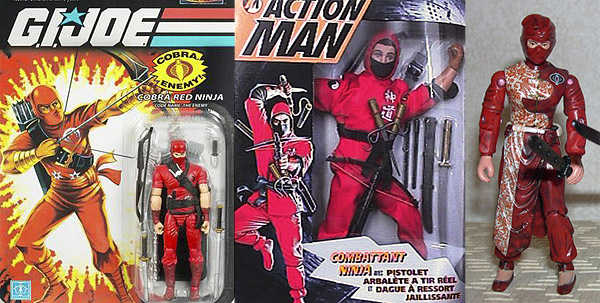 Hasbro invented the 1:6 format with the original GI Joe in the 60’s, then produced the best-selling ninja figures of all time in the 80’s with the redefined GI Joe: A Real American Hero line. However in the decades since, they’ve really failed to deliver a good 12″ product, so now they license their characters out to their competitors, who routinely kick their ass in the collectible markets. Sideshow has already sold out of a limited variant edition of the above figure in pre-orders at a whopping $130! Guess they’re doing something right. Shit, if the costume what black or grey on this, I might have jumped at it myself…

So, if you’re going to own a stupid red ninja figure, I guess this in the one. I myself would rather own one of the other ‘red ninja‘ below. 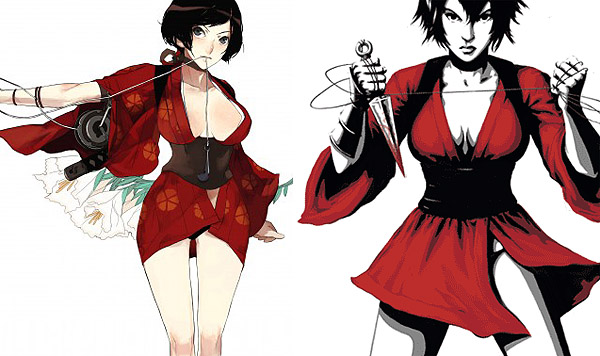