One of our first toy posts back in 2009 was of an artifact from my own craze-era collection, and a reader just sent me pics of one still on its card, so here’s an update for those of you who missed this back in the day:

Here’s the all-time heavy-weight champeen of politically incorrect – hell outright racist and offensive – 80’s ninja toys: “None Chuck” from CrayArt / Mel Appel’s Weird Ball line. These 5″ vinyl statuettes were a throwback to Marx’s Nutty-Mads from the 60’s, but were actually cashing in on more contemporary merch lines like Garbage Pail Kids, Wacky Packs and Madballs. 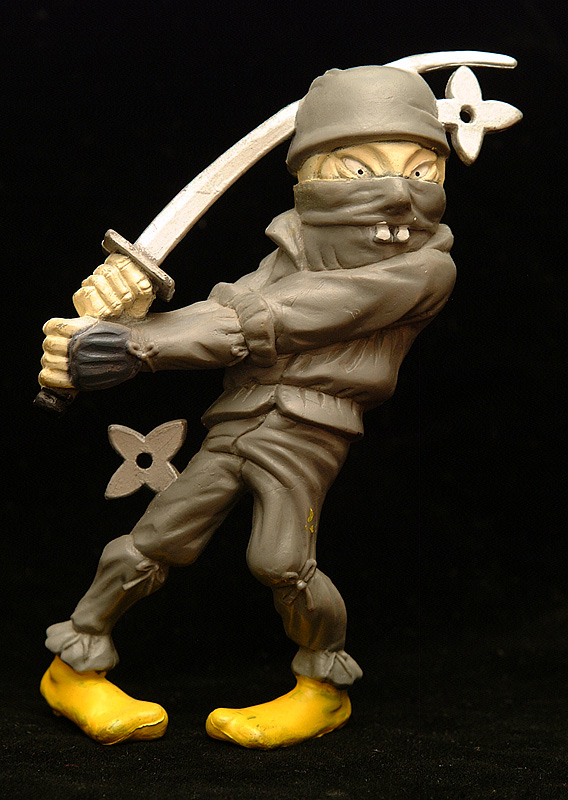 I actually bought this piece as a gag gift to VN’s ninjutsu soul brother Tim March back in the day. He lent it back to me a few years ago to shoot for an eventual article, and has hopefully forgotten about it, cuz I like where it sits on my shelf. –winge–

Read all about the line and the figure at the absolutely awesome “Weirdo Toys” blog! 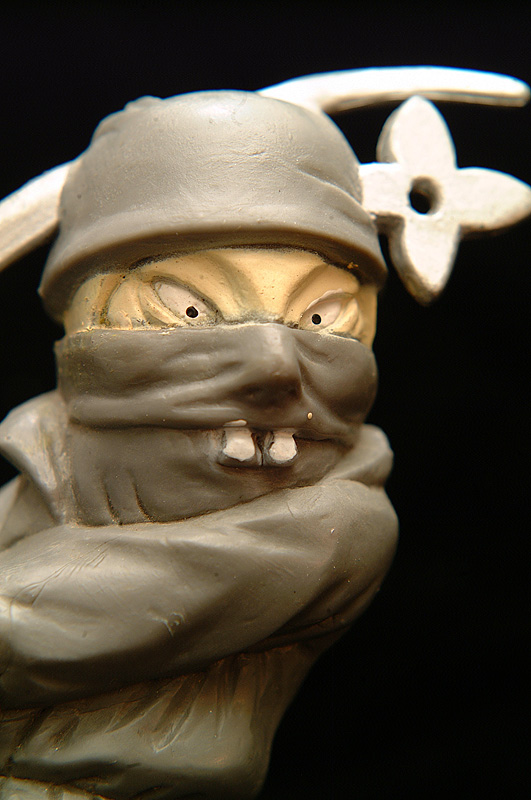 More than six years later, NC is even more offensive, as my copy has yellow paint for the skin tones that’s been getting more and more yellow with age.

The one below, still on its heavily illustrated card (sadly not in too good a shape here) has more natural (read: caucasian) flesh color. 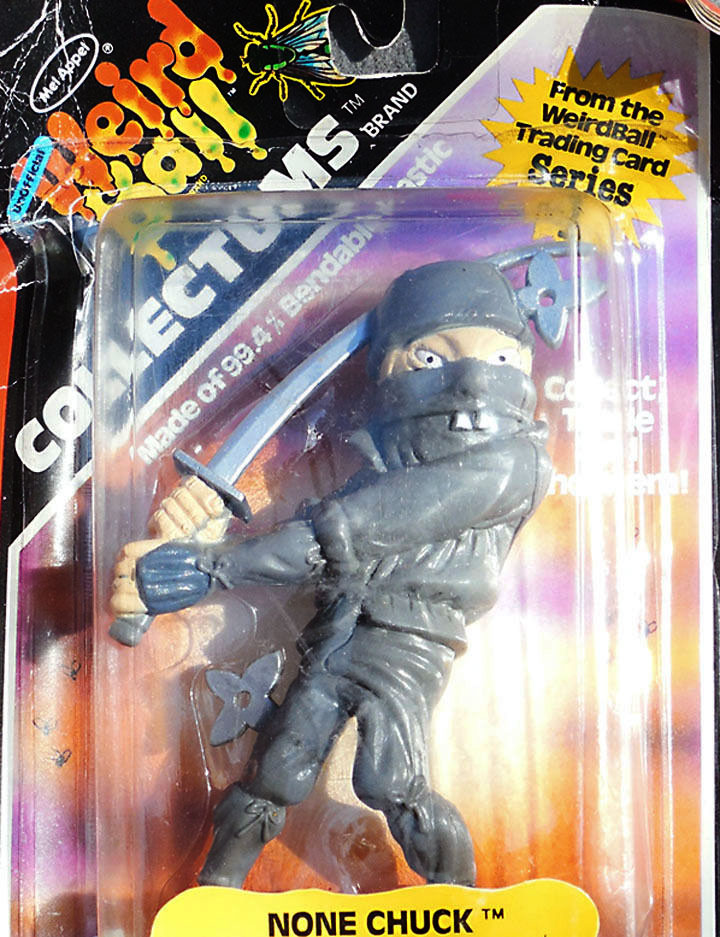 Weird thing I had long forgotten about with this line was how they phased in and out of parody, producing some genuine confusion. “Made of 99.4% Bendable Plastic” — so is that a real stat, are they bragging about it, or is it an attempt at humor or what? WHY IS THAT LINE THERE?!?!? 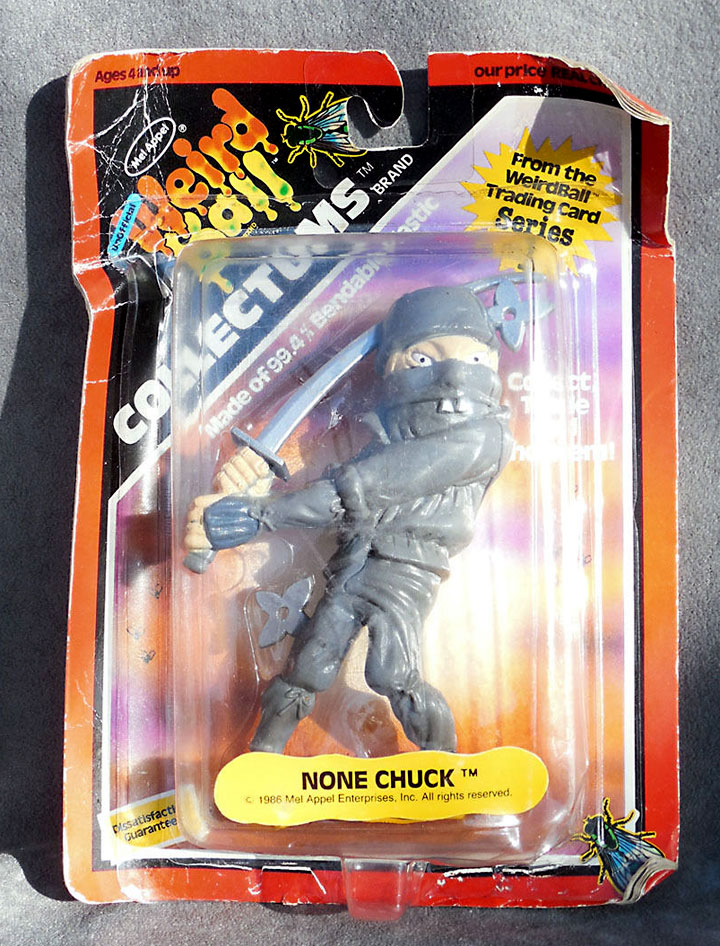 This is really making me want to hunt down a “Karate Sid” and “Humangasaki” to complete the triumvirate of martial arts cultural wrongness. 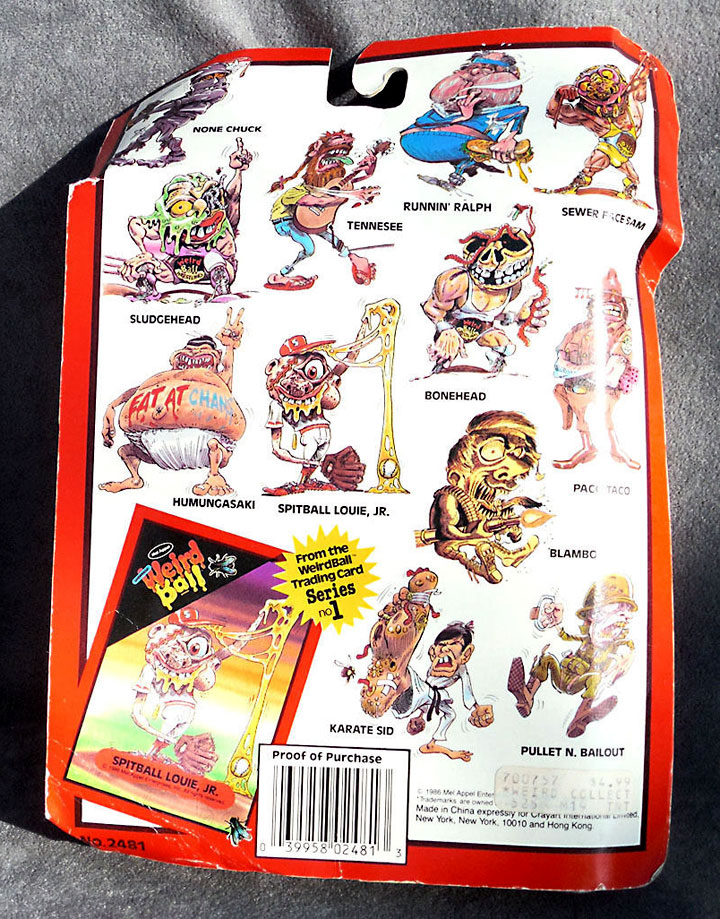 I understand where this company was coming from with this line, but man… keep the character design at the comical gore and booger gag level, don’t go after the cheap ethnicity/culture dig. I’m no stalwart of ‘political correctness’ but man, did they really need to go “Paco Taco?”

Another thing — and anyone old enough to remember the early to mid-80s will concur — it was a time of pretty strong cultural exchange with Japan, with some of that nation’s best films, cartoons and comics becoming available in English for the first time, graphical art motifs and kanji showing up in fashions, music videos, even school supplies… just all over the place. We WANTED anything Japanese, we weren’t into laughing at them like sailors on shore leave during WWII. Just from a business perspective, NC and ilk were a bad idea.