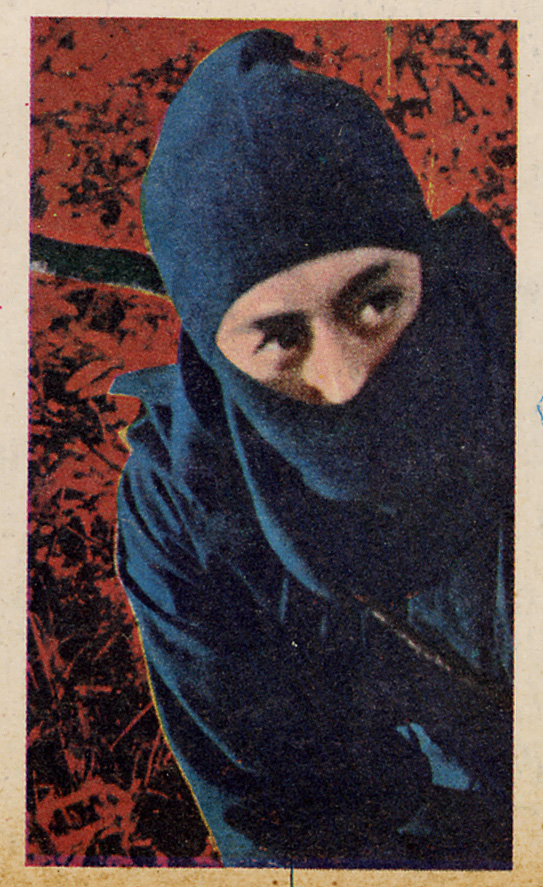 Thought a good follow-up to my anti-Ninja Assassin / pro-Shinobi-no-Mono rant last week would be a look at some rather strange S-n-M related merch – colorized menko cards. 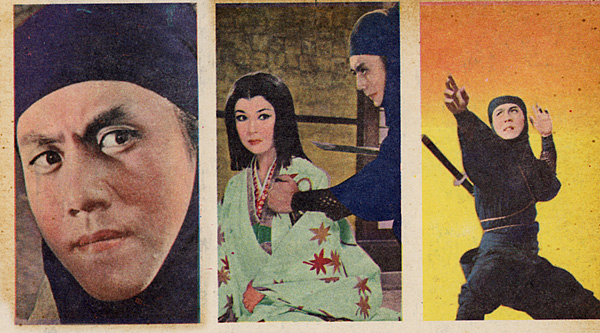 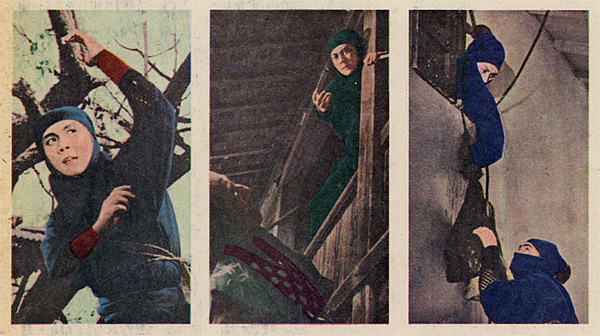 Released contemporary with the 60’s series, these ‘cigarette cards’ used stills from the B&W films, with colors rather awkwardly overlaid. I think the idea was to make the otherwise grave imagery as colorful and kid-appealing as possible, because the color choices are pretty illogical otherwise. 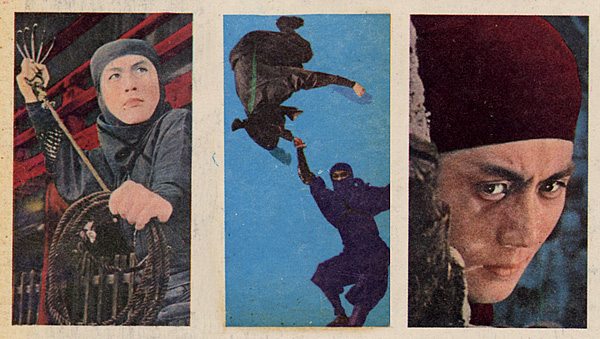 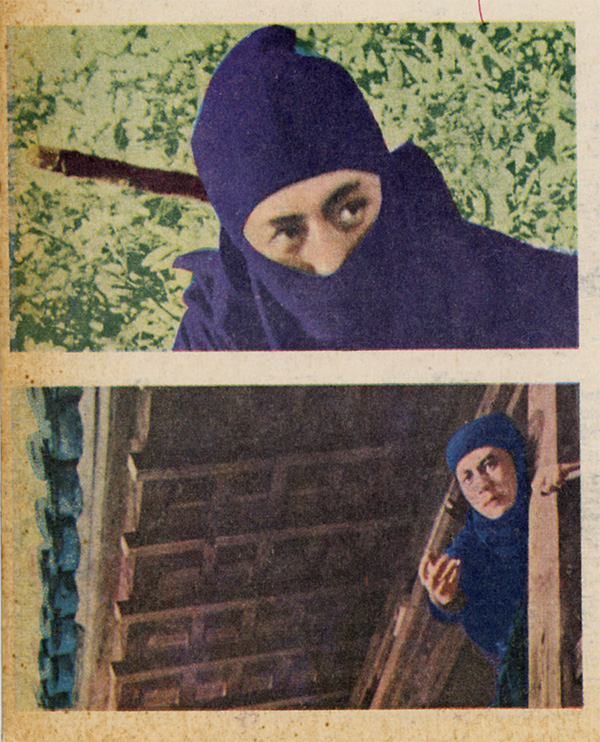 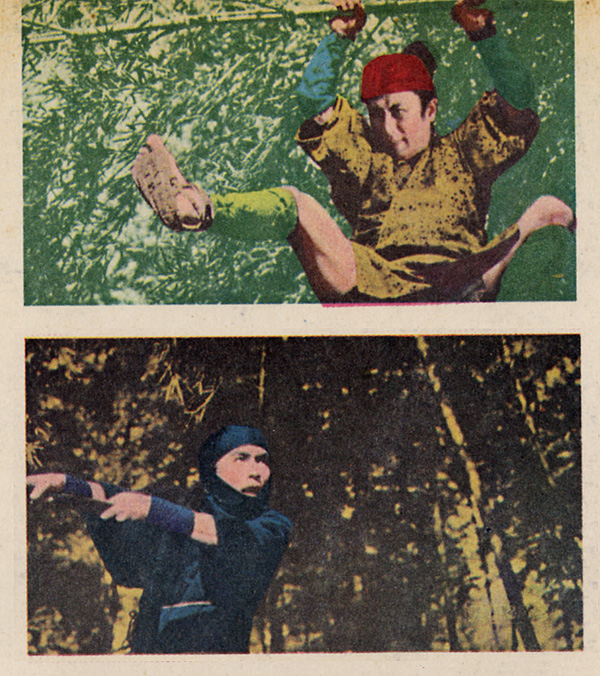 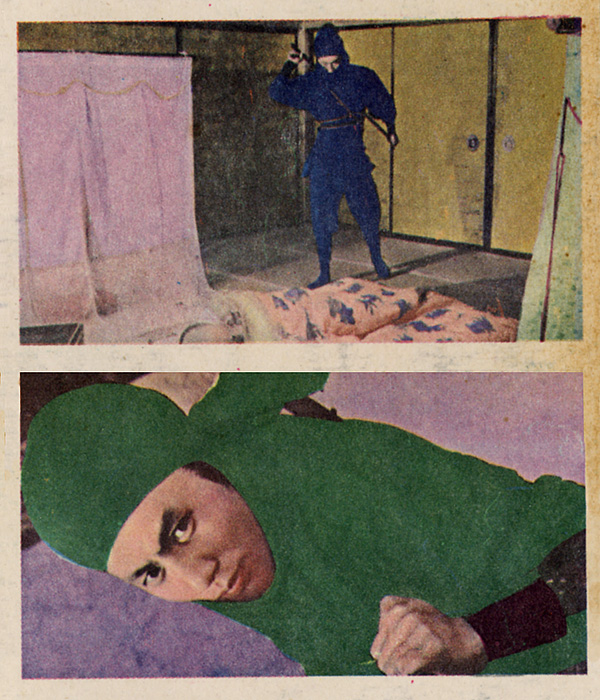 I think for the month of December we’ll concentrate on MERCH, this being the most gloriously commercialized of all holiday seasons. So look to the Collectibles and Toys and Statues categories to bring out the ninja kid in all of us…