Scored this odd publicity still, which is not in the usual press kits I’ve found from Enter the Ninja. It’s kind of a dingy, soft pic that may have been left on the cutting room floor somewhere. 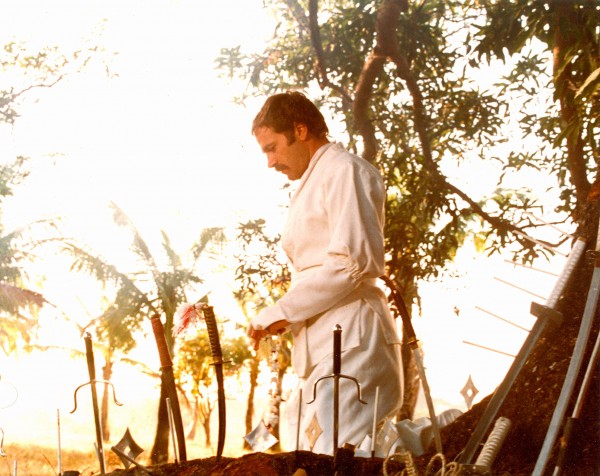 While Enter was the movie that introduced the one-weapon-one-kill notion that ruled ninja movies in America for the next decade, it was produced before most of the standard ninja arsenal was being mass produced and sold outside Japan. The “Kosugi sword” would become widely available in a few variants via mail order and martial arts supply stores shortly after, and by Revenge of the Ninja the Canon crews could outfit an entire film from mass market merchandise.

But the Enter arsenals were all custom jobs and modifications, or re-purposed kung-fu weapons, like those wide-horned sais. You get a great look at how crude the swords were here, too… 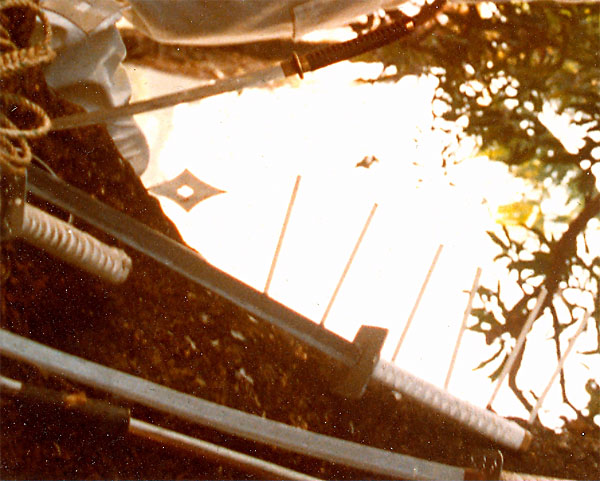 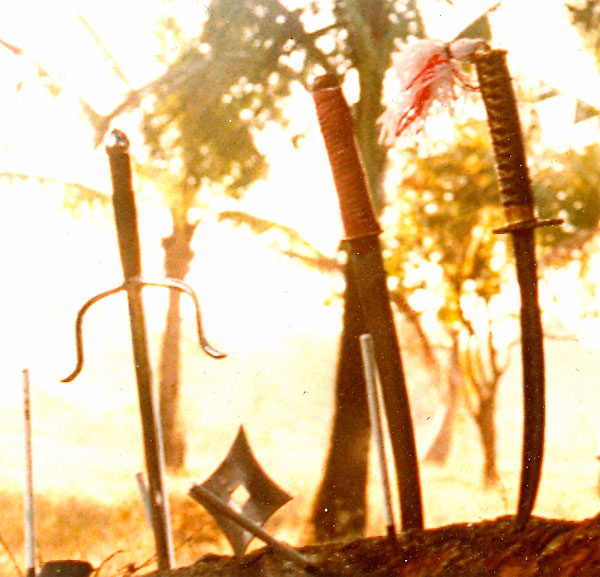 Enter sparked the ninja boom in the US, but it also cemented some of the BS notions that drive a lot of martial arts purists and ninjutsu historians crazy, too. Black suits were worn in daylight situations and red and white suits were essentially superhero outfits, missing only a big “N” shield on the chests. Fetishized archaic weapons were adopted in modern situations where a silenced pistol would have solved all problems, hardly the utilitarian practice that kept historical ninja alive during the feudal era. And non-ninja weapons like tonfa and nunchaku were used prominently, while nary a weighted chain nor black egg was to be seen.

But… nunchaku sold, and ninja-nunchaku sold even better. The very promise of the weapon made famous by Bruce Lee sold movie tickets as well, so there you go.

And while we’re on the subject, if you’re on Facebook I highly recommend following Vintage Nunchaku — great old ads and photos of an amazing collection abound. I’d kill for a pair of those hallowed Dolan’s Sports swivel-chucks! 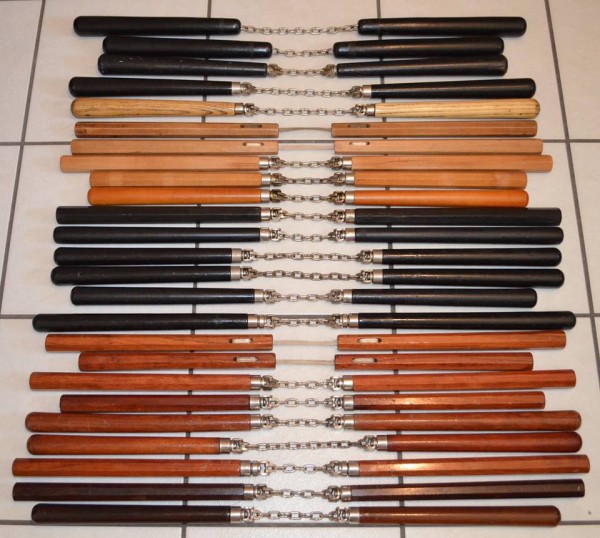