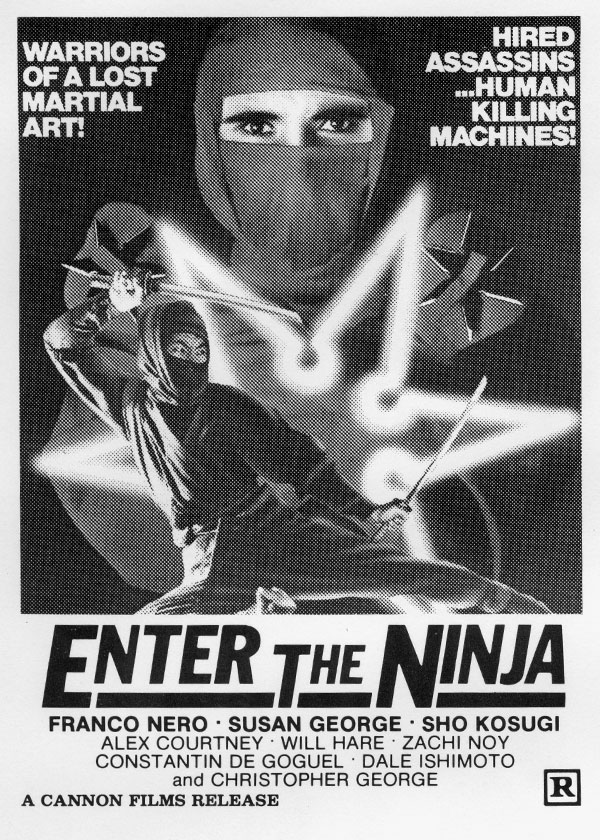 Cannon’s 1981 press kit for Enter the Ninja featured newspaper-ready B&W ad mats and a 30-page document heralding, and I quote:

…the first Western film to deal solely with the mysterious and elusive art of Ninjutsu. It will set the trend in Martial Arts films for the 80’s, making them the decade of the Ninja…

Another detail I found intriguing was this:

In the late Fall of 1980, the concept for “ENTER THE NINJA” was brought to producer/director Manahem Golan. Having never produced a Martial Arts film, Mr. Golan was a bit difficult to convince at first. He assumed that everything had been done before in Martial Arts films, but after he was told about the unique art of Ninjutsu, he immediately began preparations on “ENTER THE NINJA.”

Mike Stone is widely credited throughout the document, and other contemporary press, with originating this film, so that must have been one successful lunch meeting. Considering Eric Van Lustbader’s novel The Ninja had been tearing up bookshelves since April of the same year, and The Octagon had been released about six weeks earlier than the said “late Fall”  green light, Golan’s timing could not have been better. The decision to take ninja from villains and henchmen to centerpiece heroes was a damn good one.

I’ve scanned the entire press kit, read it at this link. The pre-release hype and bios of Kosugi and Stone are well worth the read. 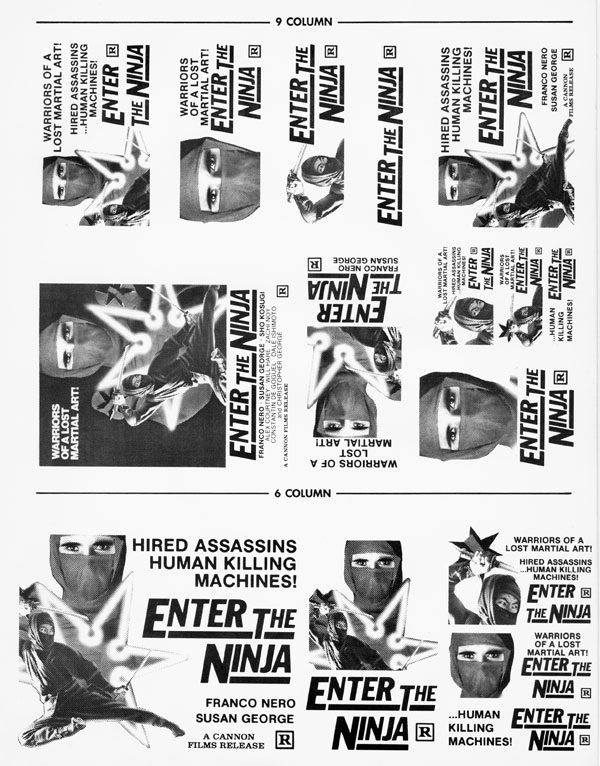 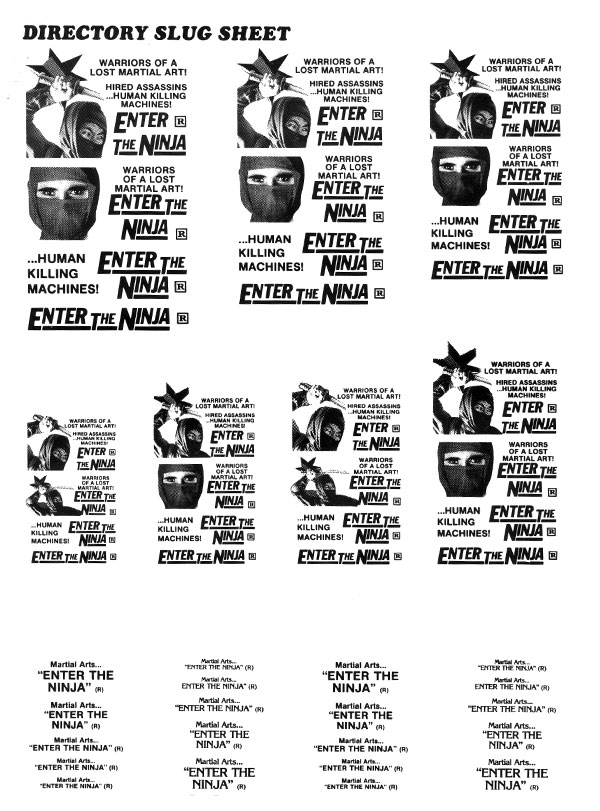