What’s going on in this picture??? 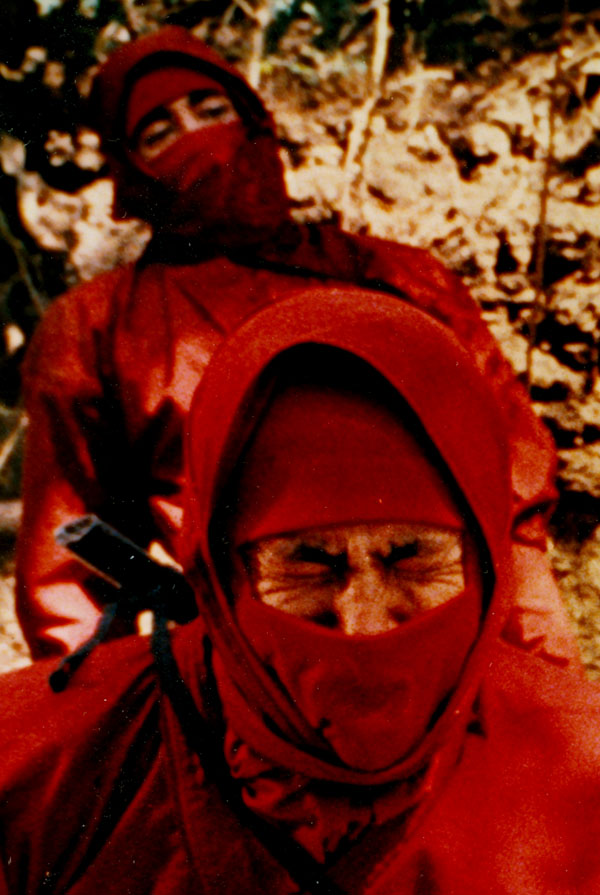 Another hapless red ninja gets pig-stuck by a movie hero. 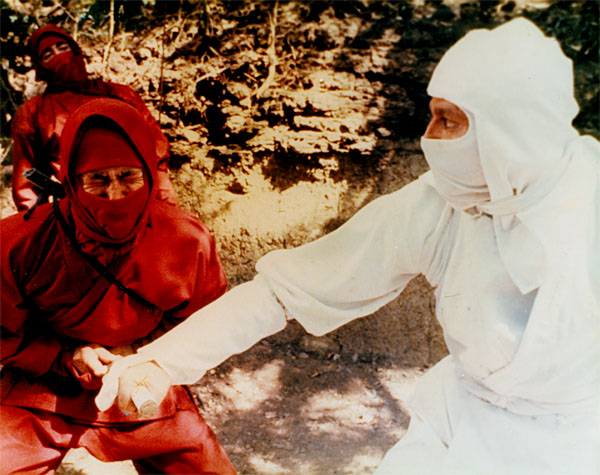 Well what did you think was happening? You people disgust me sometimes… honestly.

Franco Nero impales a hapless jobber in the landmark opening fight scene of Enter the Ninja. Has a red ninja EVER won a fight? Ever SURVIVED a fight even?

And is it just me or does that disemboweled dork look like Sho Kosugi doing double-duty on set? Thinking Kosugi and Mike Stone did a lot of the up-close fight work during the whole shoot.