Had a reader on the VN Facebook page (have you ‘Liked’ us? If not, SHAME!) post a great question:

“If you had to distill your favorite ninja films into a grievously unfair list of only 5, what would they be?”

OY! Can you imagine the nightmare scenario where you were trapped on a deserted island with only five ninja movies to watch over and over? Or if you had a bomb shelter with space for only five ninja films to survive the apocalypse and represent the genre for far-off future archeologists? Top tens are easy, but FIVE? That’s tough.

What I ended up coming up with (in no particular order) were:

— Castle of Owls (1963) Probably my favorite ninja film ever.

— Shinobi-no-Mono 1 (1962) For its historical significance, and being the best example of Hatsumi-driven credible espionage-based ninja flicks.

— Revenge of the Ninja (1983) Arguably the best of the American 80s craze, which must be represented. 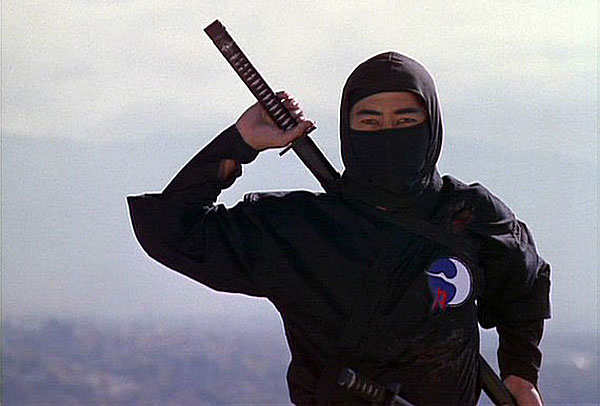 — Five Element Ninja (1982) As should Hong Kong’s co-opting of ninja into their kung-fu empire.

— Magic Serpent (1966) To satisfy the Monster Kid in me, and represent TOAD MAGIC!

The Top 5 format forces me to exclude the entirety of the Joseph Lai/IFD genre-unto-itself cut-together films (Full Metal Ninja being my personal fave). Also on the bubble: The Octagon, the artistic apex of the genre Samurai Spy, Mission Iron Castle for being the height of dark ninja noir, and one of the Kadowkawa/Chiba/JAC collaborations has to be high up there too (Ninja Wars being another personal bias, lots of late-light cable viewings in this man’s youth). Ninja Scroll is probably the anime entry as well.

But what about all of you? Commenting is now wide-open to anyone and totally easy, so please, leave us you own Top 5 below. Really curious how many of us have similar lists, and am ready to slap myself with disgust for missing a crucial title that should have been on there.