Once upon a time, “Lone Wolf” himself Tomisaburo Wakayama got a little bored with normal swordfare, watched a few too many spaghetti westerns, and spawned a fantastic movie and TV franchise called Shokin Kasegi – The Bounty Hunter. 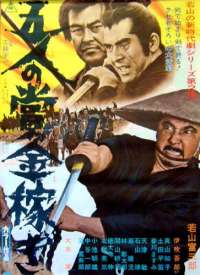 The character made three* silver screen appearances in 1969, but had longer life when the property jumped to television in the 70’s, tightening up to a formulaic ‘hunt-of-the-week’ series. Shikoro Ichibei runs a grade school / day care for impoverished Edo children by day, funding this noble pursuit by moonlighting as a bounty hunter and covert merc for the local magistrate. He does his job with both sword (there was typically one Wakayama signature slashing per episode) and an arsenal of outré handguns and experimental rifles that would have made Sabata or Sartana jealous. 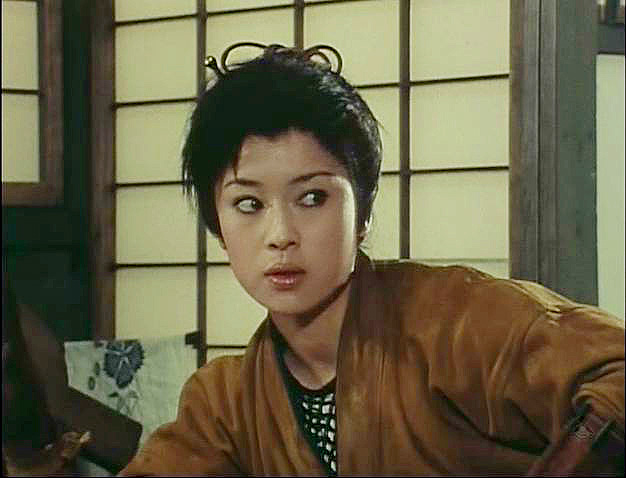 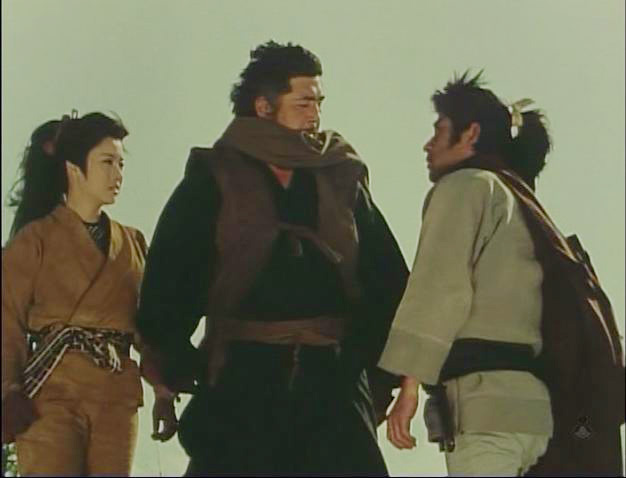 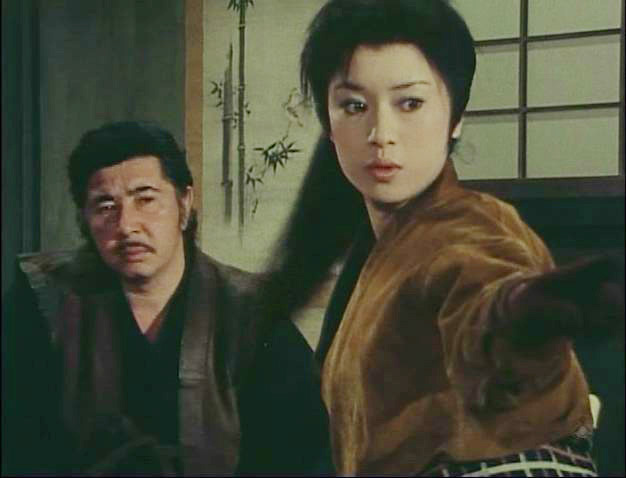 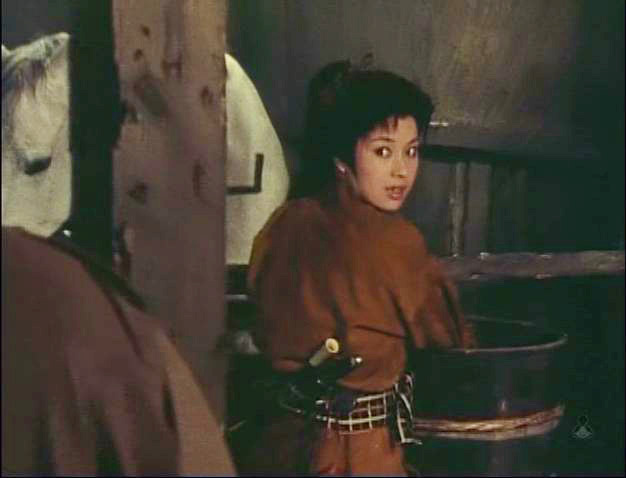 Just as the rather spaghetti-westernized Ichibei wore signature leather chaps and gunbelts, Kagero’s outfit was based on period shinobi-wear, but executed in suede right off the American frontier. Similar costuming was seen in Kaiketsu Lion Maru. 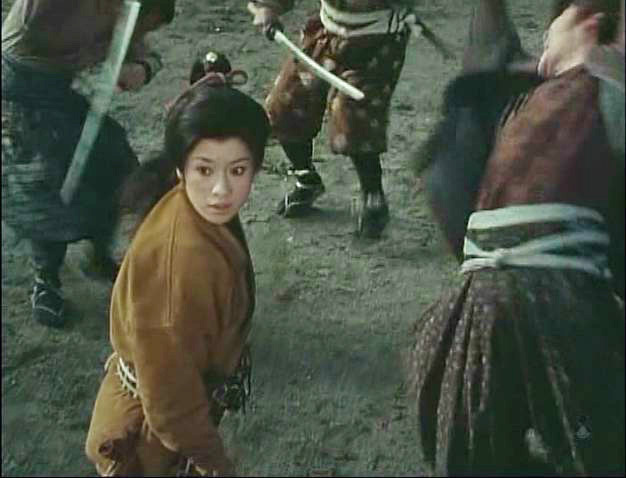 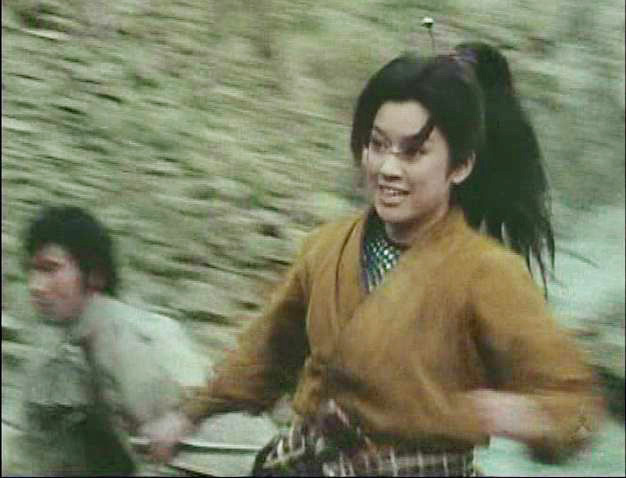 Kagero was Ichibei’s scout, shadow-killed information gatherer, outright spy, saboteur etc. and so forth. She specialized in reverse-grip short sword, blow-gun, explosive powders and whatnot, but would not hesitate to borrow a sawed-off shotgun from her boss’ amble arsenal and blow a guy’s lunch through his spine if things came down to it. Ongg’s expressive eyes and bee-stung lips give her both a voluptuous beauty and a youthful cuteness at once. She’d run into battle smiling like a tomboy but could also be deadly serious and stoic. 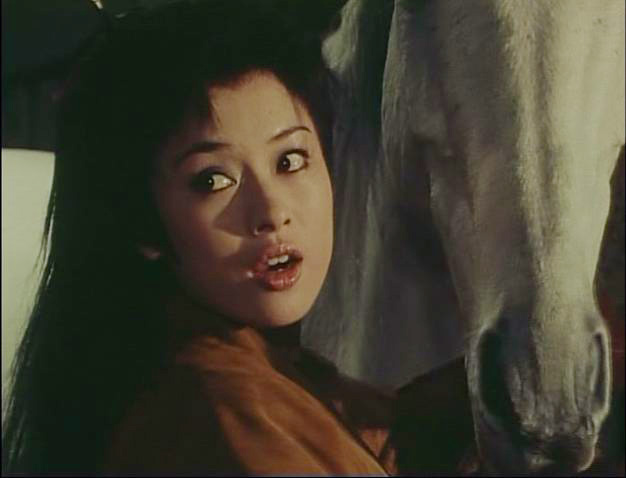 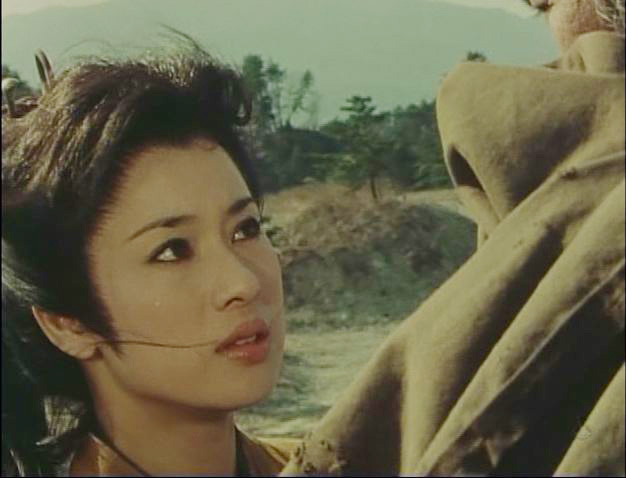 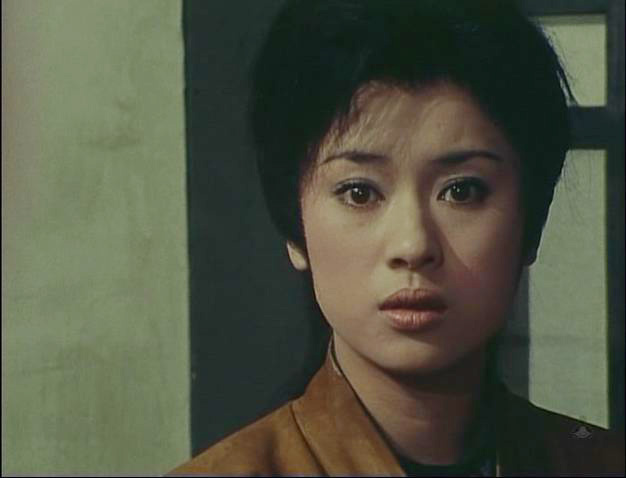 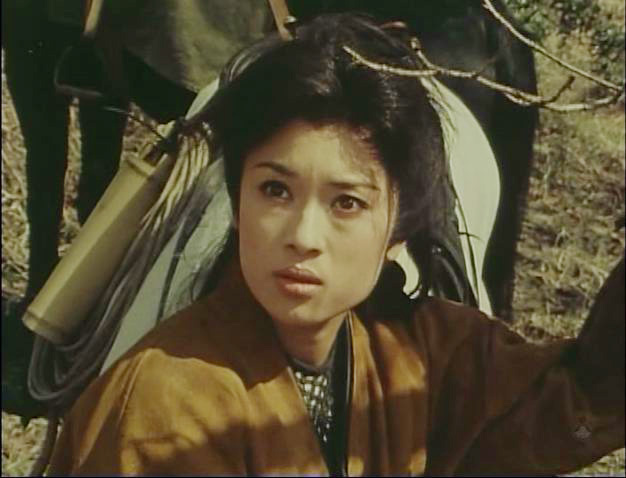 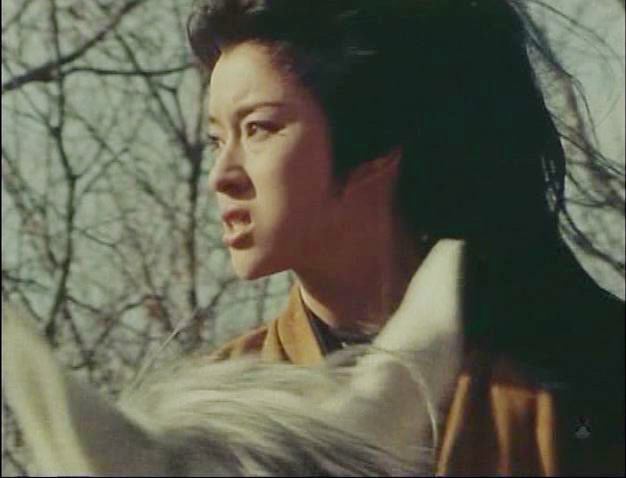 For a singer/actress, Judy Ongg sure did some nifty acrobatics and fights, too. Yeah, sure, as a sidekick you have a certain amount of contractual damsel-in-distress / best buddy held hostage time, but you really had a notion of her skill – Kagero was an ace. 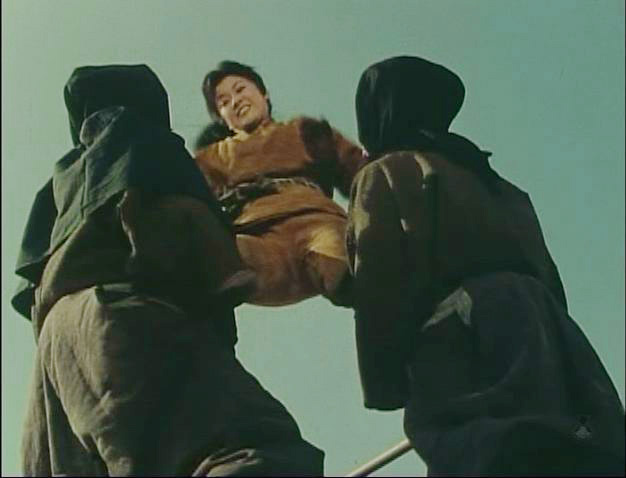 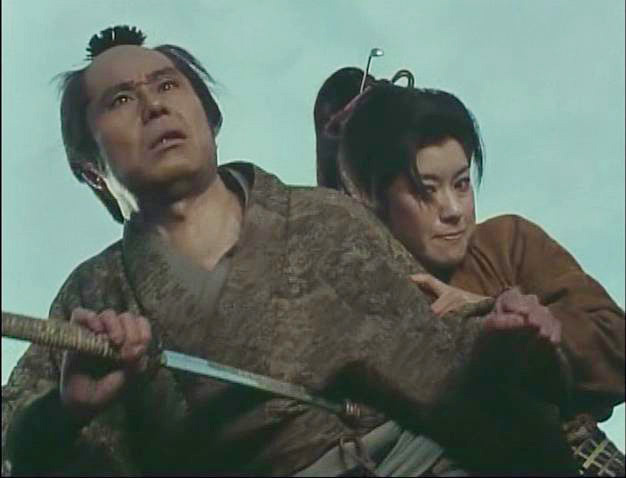 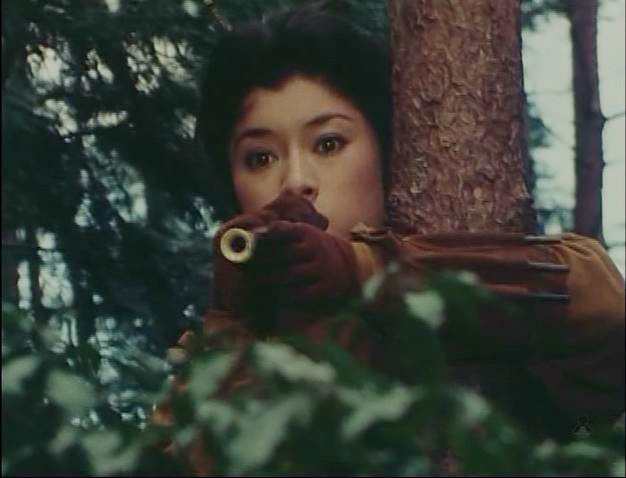 Kagero’s greatest asset was, however, an absolutely astounding posterior. It’s positively Mexican. I mean, wow! That is how a woman was meant to be, kunoichi killer or otherwise. Damn, I’m in love… 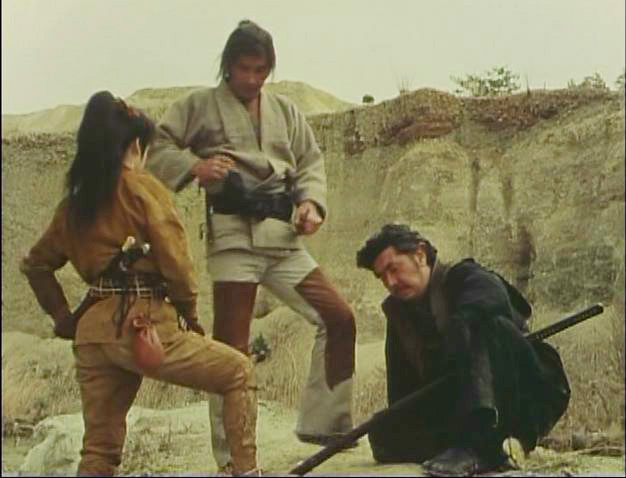 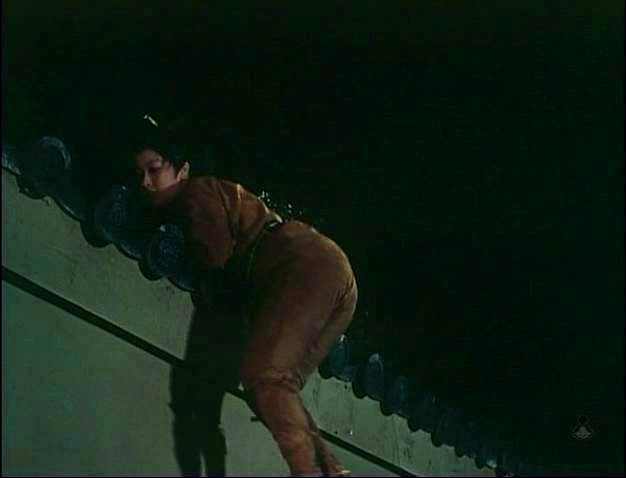 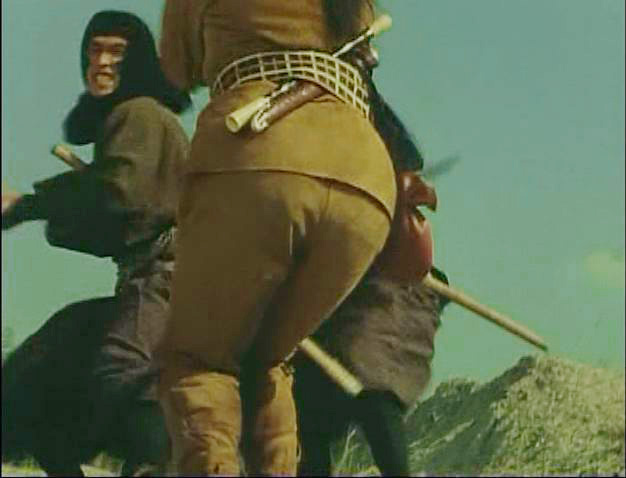 Thing of it is, the sidekick contract seems to always include a decided lack of screen time. Yeah yeah, Wakayama’s the star and the best swordsman on the Japanese screen ever ever ever, we know. But damn, I’d be happy with just the Kagero show! Most weeks had some sort of guest hunter, too, with an exotic signature weapon of his own like a bullwhip or bolos or a bamboo bazooka – so her screen time would be cut even more.

A whole pile of episodes of The Bounty Hunter are available from various grey sources. The movies are somewhat harder to come by, but those don’t have Judy, so feh… However, see the footnote below for a movie you can find easily with just as strong a swordgirl presence.

*Fans of the superb Quick-Draw Okatsu film will recognize virtually the same character strolling nonchalantly into that franchise. This unofficial crossover, where he shared screentime with a ludicrously cute swordgirl played by pinky star Reiko Oshida, may have been the template for the TV Ichibei / Kagero formula.