Seems Japan has been beset by giant monsters forever, and luckily for us today heroes like Ultraman are around to fend them off. But in the fuedal era, centuries before any space-faring monster fighters, laser-weilding science patrols or little kids with watches that summoned giant robots were around, it was up to a select few NINJA to do these monsters in. 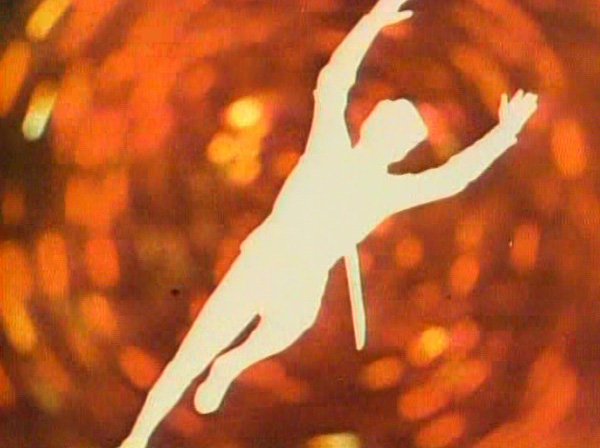 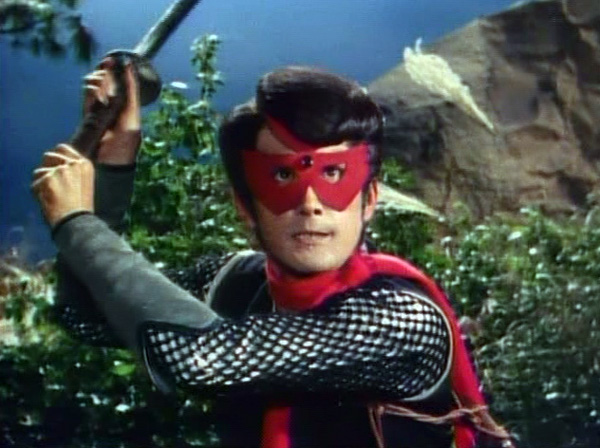 This government-charged agent of justice (played by Sakaguchi Yûzaburô) could fly, shoot eye beams, summon a magic twister, and all sorts of other jazz. He and partners Aokakge (Blue Shadow, the requisite snot-nosed-brat, played by Yoshinobu Kaneko) and the veteran Shirokage (White Shadow, another one of Maki Fuyukichi‘s several ninja franchise roles) also loved throwing really potent hand grenades at monsters until everything in sight exploded. 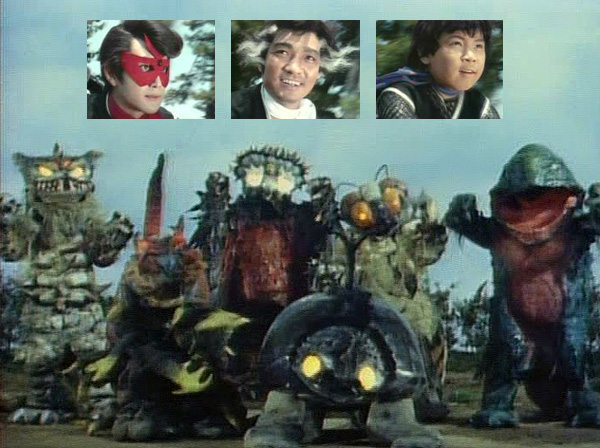 With this flashy ninja vs. giant monster format, prolific shinobi creator Mitsuteru Yokoyama‘s “Masked Ninja Akakage” jumped from hit manga in ’66 to Toei’s first color tokustatsu series in ’67, and has since seen revivals in anime and live action cinema. It is the often goofy but eminently lovable kid’s show that is highest regarded in that chain… Looking at these images, it’s not hard to see why: