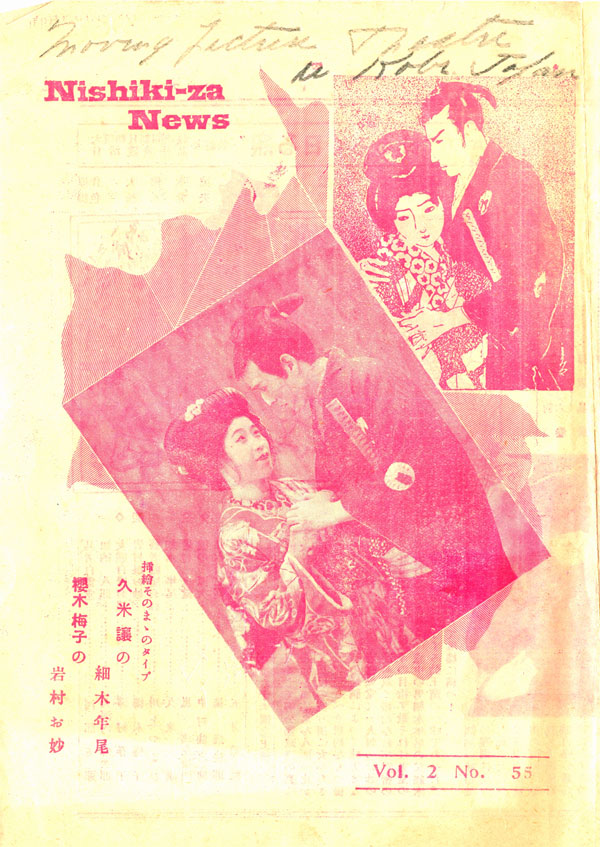 This 1926 promotional flyer from the Nishiki-za movie theater in Kobe, Japan features some sweet hooded misadventure! 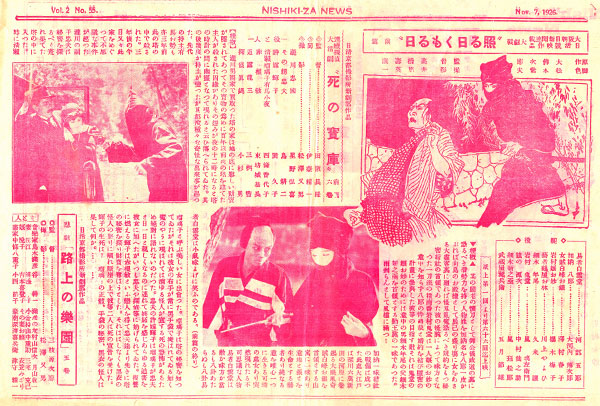 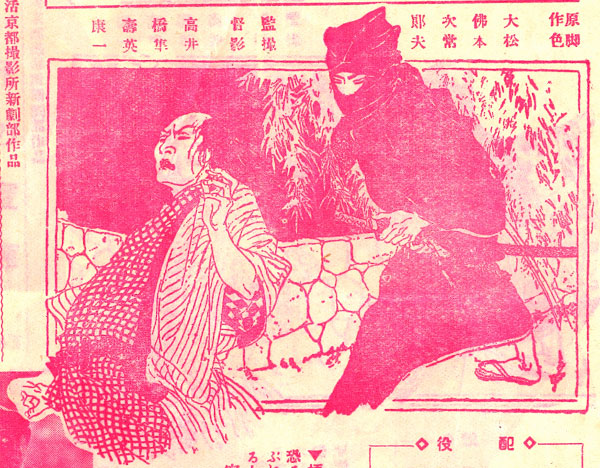 From the text, this Nikkatsu production was called Teru Hi Kumoru Hi: Zenpen, (roughly Sunny Day, Cloudy Day: Chapter 1) based on a novel by Kurama Tengu originator Jiro Osaragi. Don’t know a thing about this film, other than an obvious visual kinship to Tengu, Kurozukin and ilk.

A photograph from the same film. I love how defined and expressive the silent-era heavy eye make-up looks with the hood.

The magenta/rose ink and 85-plus years aging of what was already cheap thin stock makes this piece a bit frustrating to make out. Converting the images to B&W helped a bit though. 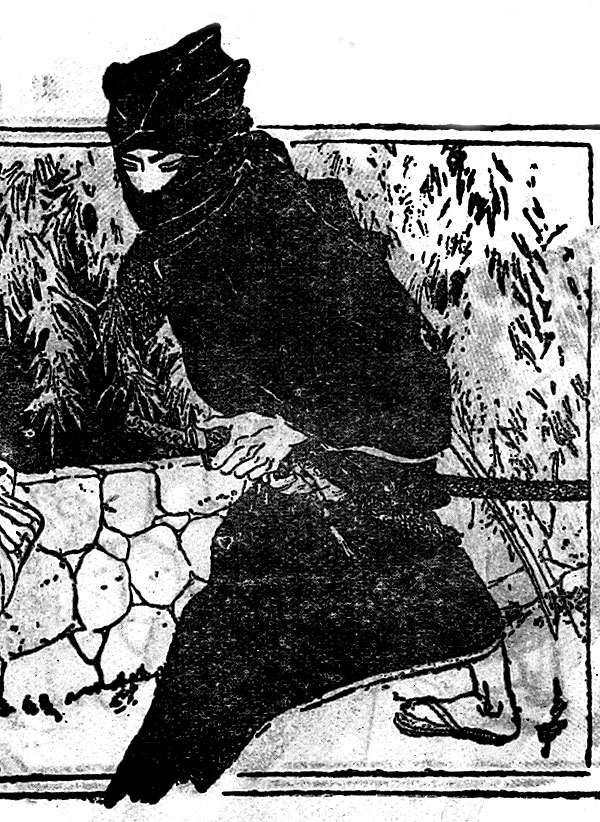 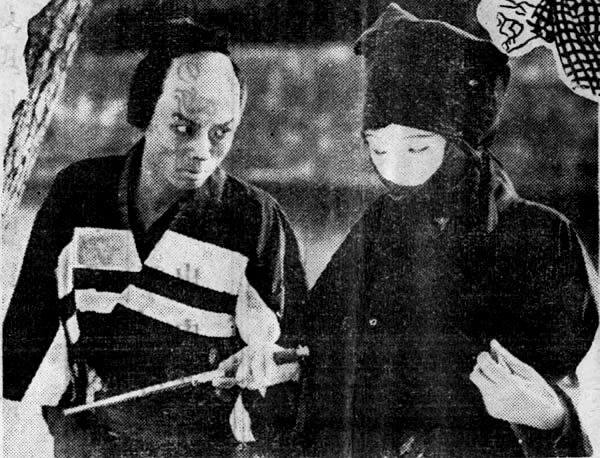 From the flyer text, here’s the rundown on this film:

Many thanks to Aizu Shingo.