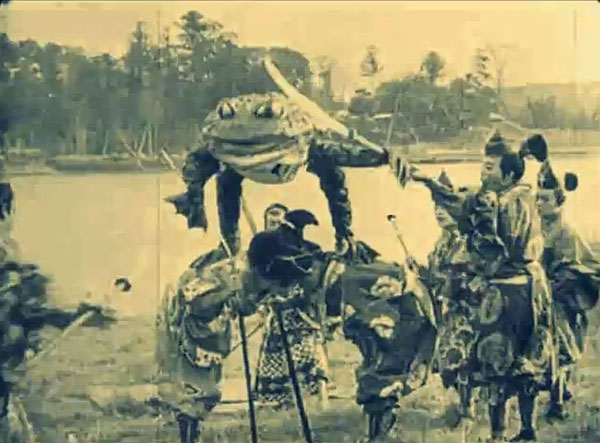 This 1921 silent movie might just be the first time the legend of Jiraiya was put on film. It could also well-be the first time giant toad and snake magic with special effects transformations appeared on screen, four decades before heroic ninja and tokusatsu monster action were all the rage. 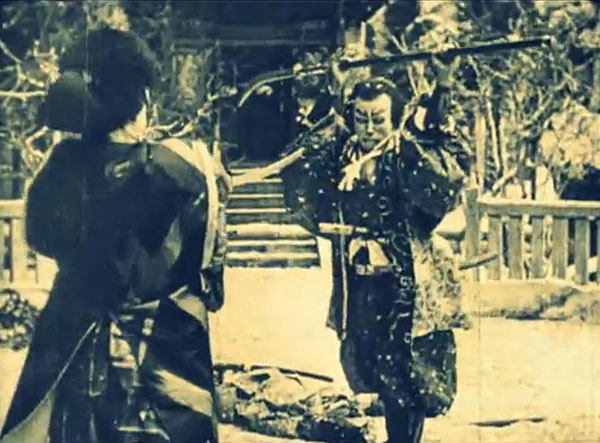 If the tale of toad-powered Jiraiya and snake-powered Orochimaru seems familiar its because it’s been adapted and re-imagined over and over, from the technicolor era to Naruto today.

There’s even a sidekick employing SLUG MAGIC! Not sure how menacing a big ass slug actually is, (that’s him in the middle, below) but there you are… 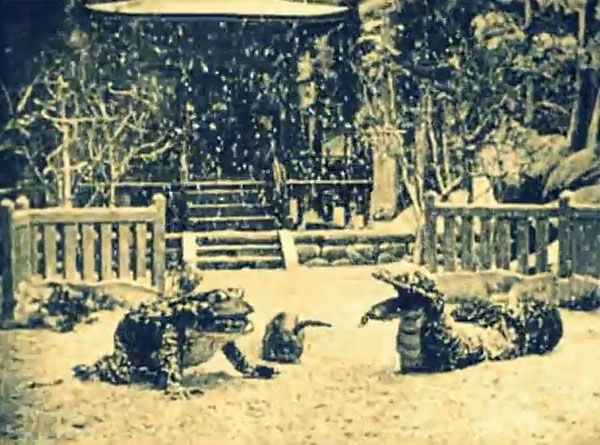 Silent films in any country are beyond rare, with most lost to the ravages of time, but throw in the war and it’s a miracle any of these flicks still exist. The ritualized combat choreography and simple but ground-breaking effects work here have real charm. Glad this not only survived, but is on YouTube!

Want to credit Ninja Attack co-author Matt Alt for turning me onto this video. Read his article on toads in Japanese popular media here. A new edition of his book is due in July.