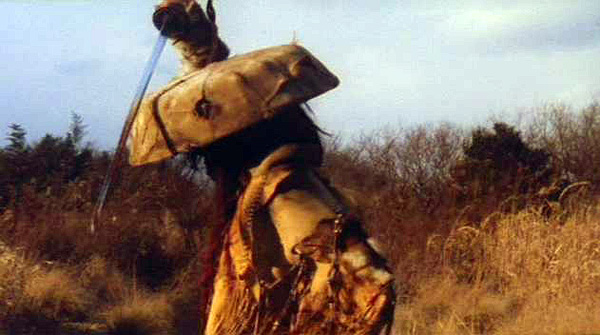 A raggedy, reticent ronin meandering through the dusty Japanese wasteland letting his sword do the talking. Sounds all too familiar, but this particular bushido bum has a secret! 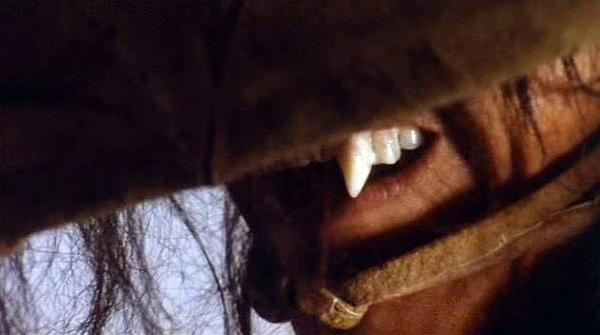 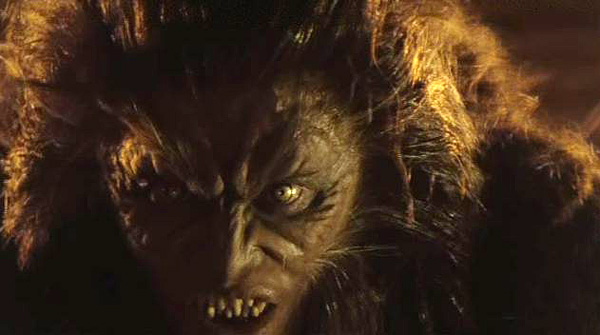 2004 saw this promising follow-up to Tomo’o Haraguchi‘s Sakuya Yokaiden (see our post a week or two back), the equally monster-infused Kibakichi: Bakko Yokaiden (aka Werewolf Warrior). The film and a same-year sequel yielded mixed results. On the negative side, they were long, overly talky, dark and brooding films centered on a dark and brooding hero. 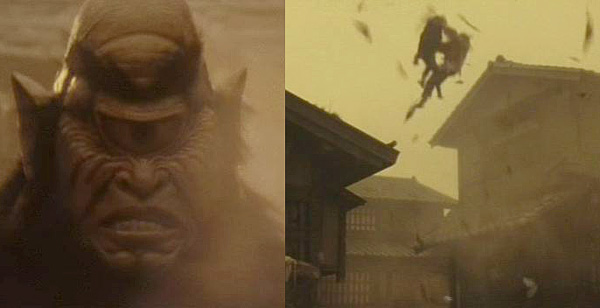 Ryuji Harada plays the title character, a wandering swordsman from a tribe of Ainu lycanthropes. One of the last survivors of a massacre, when he finds a remote village populated by yokai on the lam, he bonds with the creatures and offers protection from an evil samurai clan (who have a monster or two on their own payroll).

The villains have anachronistic Matrix fashions, imported machine guns and golden hand-grenades… but alas, no silver bullets, so Kibakichi kicks their ass! Eventually… 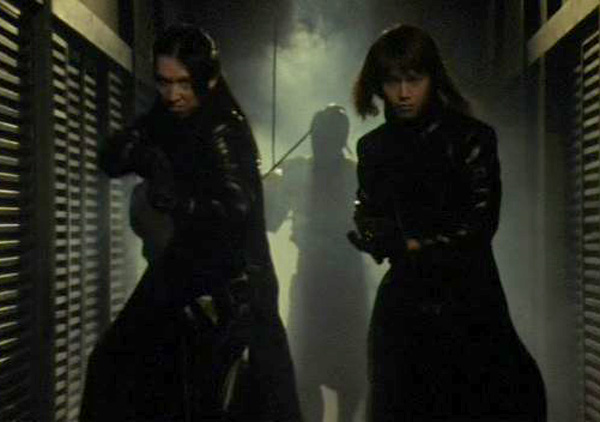 The appeal of Haraguchi’s flicks is definitely the creature design, and in this case it’s soooo good, you don’t mind the plodding movie you’ve had to yawn through to get to the climactic transformation and monster battle. Yeah, Kiba’s in full-on wolf mode for only the final fight, and you really need more of him in monster-power-up form paced throughout the film. 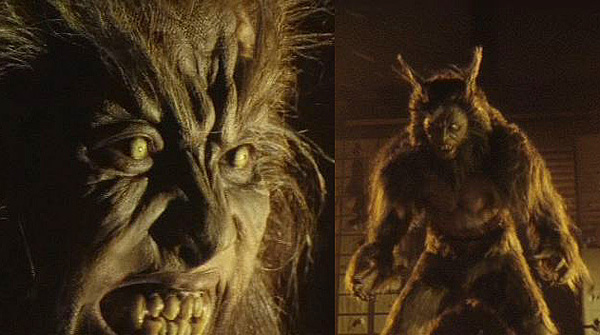 But that ending has a samurai wolf-man doing Hong Kong rolls and throwing spastic jump kicks!

The Kibakichi flicks get love and hate from varying audiences. I myself am way too biased, because I love anything with a village of monsters.

If you’re a monster kid, you love it, because this is a crazy Japanese mutation on the ages old werewolf genre. But from a martial arts cinema standpoint, you might resent all the padding from the creature scenes. The critter fights aren’t as clean as your average tokusatsu TV, either. And as far as where this film falls in the yokai scheme, it’s probably the grimmest portrayal of them, nowhere near as charming as Sakuya or the Daiei trilogy. 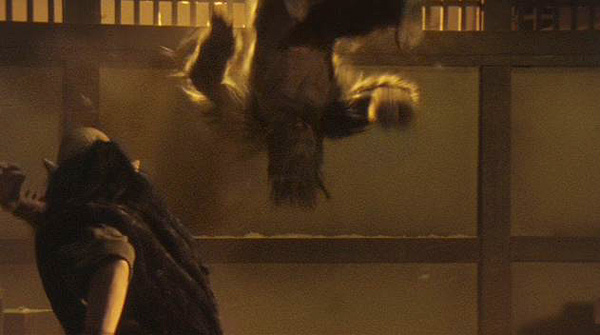 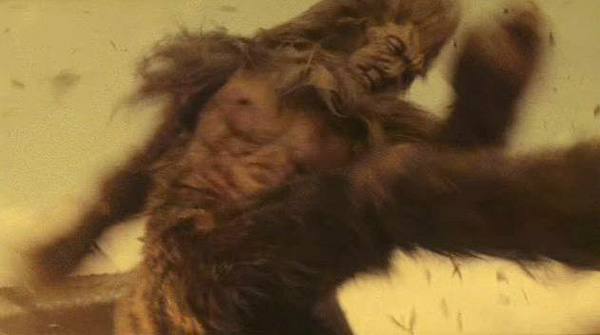 A cheaper and more hastily produced sequel, Kibakichi 2 forgoes the wolf vs. samurai clan and whole village of monsters caliber of storyline in favor of a one-on-one conflict between the fanged hero and a female survivor of his same tribe. 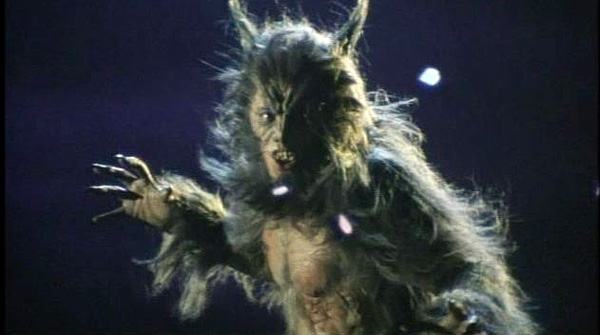 Not nearly as ambitious as the first, K2 is actually more satisfying in a certain way. There’s more of a B-Monster-movie feel, but at the same time it’s set-bound exteriors and garish creature villains give it a certain vintage Shaw Brothers vibe. 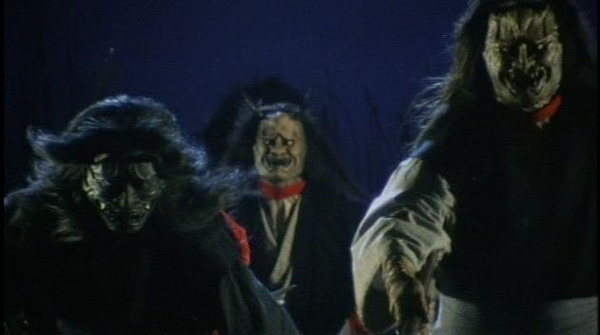 The big problem with Kibakichi 2 is the budget, which sadly means less monster suit time on screen. Kiba is only partially wolfed-up for most of the fights. WEAK!

However, there’s a pretty neat sword girl in the form of Anju (Miki Tanaka), another survivor from Kibakichi’s cursed tribe. She wants revenge for his inadvertent role in her family’s slaughter, and doles out punishment with an enormous bladed boomerang (familiar to you Inuyasha fans). 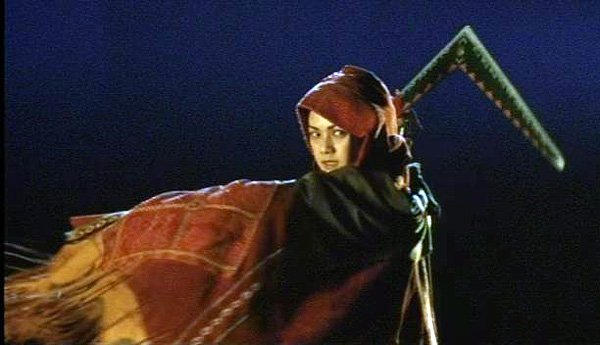 And yeah, she’s also got a little secret… 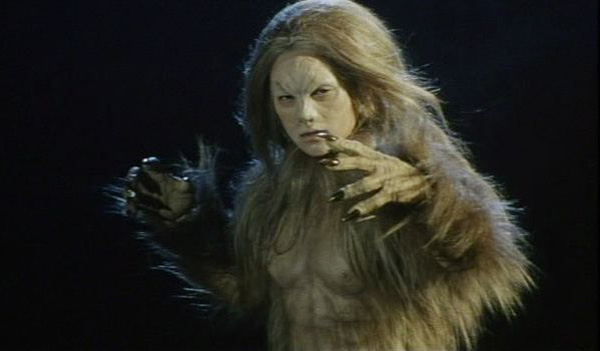 And then they fight! 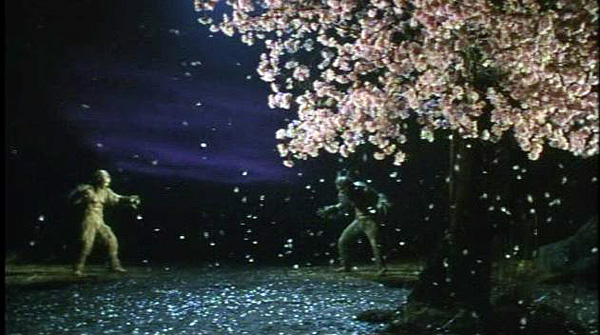 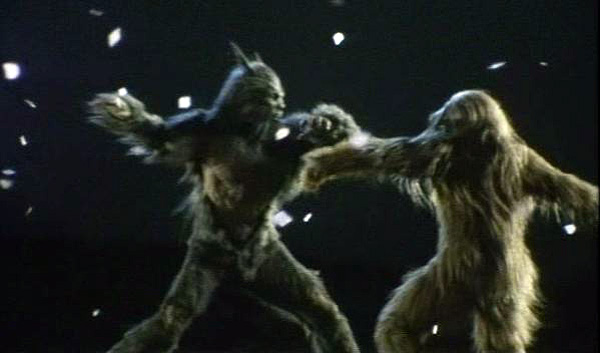 Once again, you’re frustrated because you had to wait out an overly involved flick to get to the creature climax, and there’s never going to be enough wolf suit time on screen. But like the first flick, what is there is pretty f’n cool.

The furry duel was shot in-studio with a fake interior that really harkens back to classic Shaw Bros. While cherry blossoms fall, the two whirl around like hippy dervishes. The combat tries to approach the kaiju-judo awesomeness that is War of the Gargantuas, but it’s just not long enough, dammit! 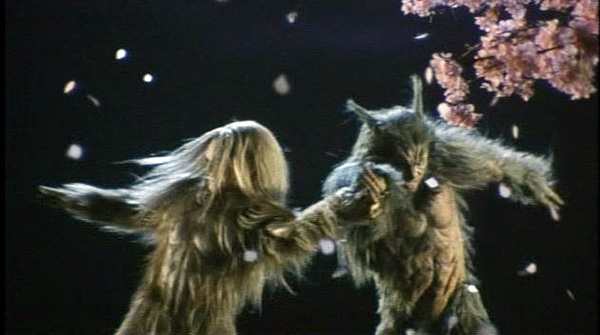 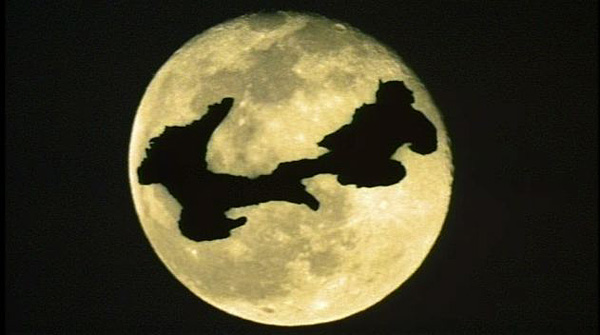 And yeah, at the end, they go there…

This cheese aside, I almost like the second movie more than the first. They’re both frustrating, but you can pan enough gold from these waters to make the viewings well worth it. It’s not like the samurai werewolf genre is that crowded.

Both films had extensive grey/black market proliferation, and eventually a domestic DVD release with English dub and subs. The label went under I believe, so it’s secondary market time if you’re looking. A chase I’d say is worhty of the effort.