I just cannot get enough of illustrated and painted ninja art from 80s no-name ninja merch. Sometimes, well, lets be real… OFTEN… more time was spent on the package art than was on designing the crap under the blister card therein. 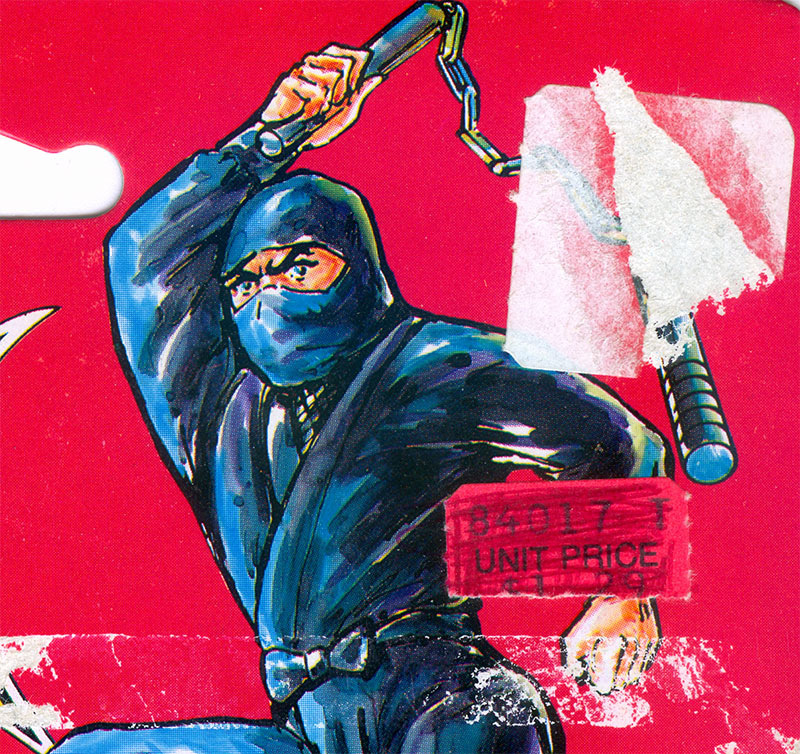 Ja-Ru was (and still is) a company specializing in “rack toys” — the junk near the register in supermarkets or that sad little half office supply/half toy aisle in chain drug stores. To this day, they still make “Fun Erasers” of whatever’s hot in popular culture. In the 80s, it was pro wrestlers not-so-vaguely reminiscent of Hulk Hogan and ilk, break dancers, knock-offs of girly stuff like Strawberry Shortcake, any old science fiction molds re-purposed for Star Wars and Transformers love, GI Joe/Rambo-esque soldiers and yes… NINJA!

I got this less-than-pristine backer card from Ja-Ru’s ninja erasers for my birthday last month, and while I can’t put my hands on the actual erasers it would have once contained at the moment, I’m near certain I owned them back in the day. And like most any figural erasers, they were utter crap as action figures and even worse crap as functional erasers.

But man, this package art! 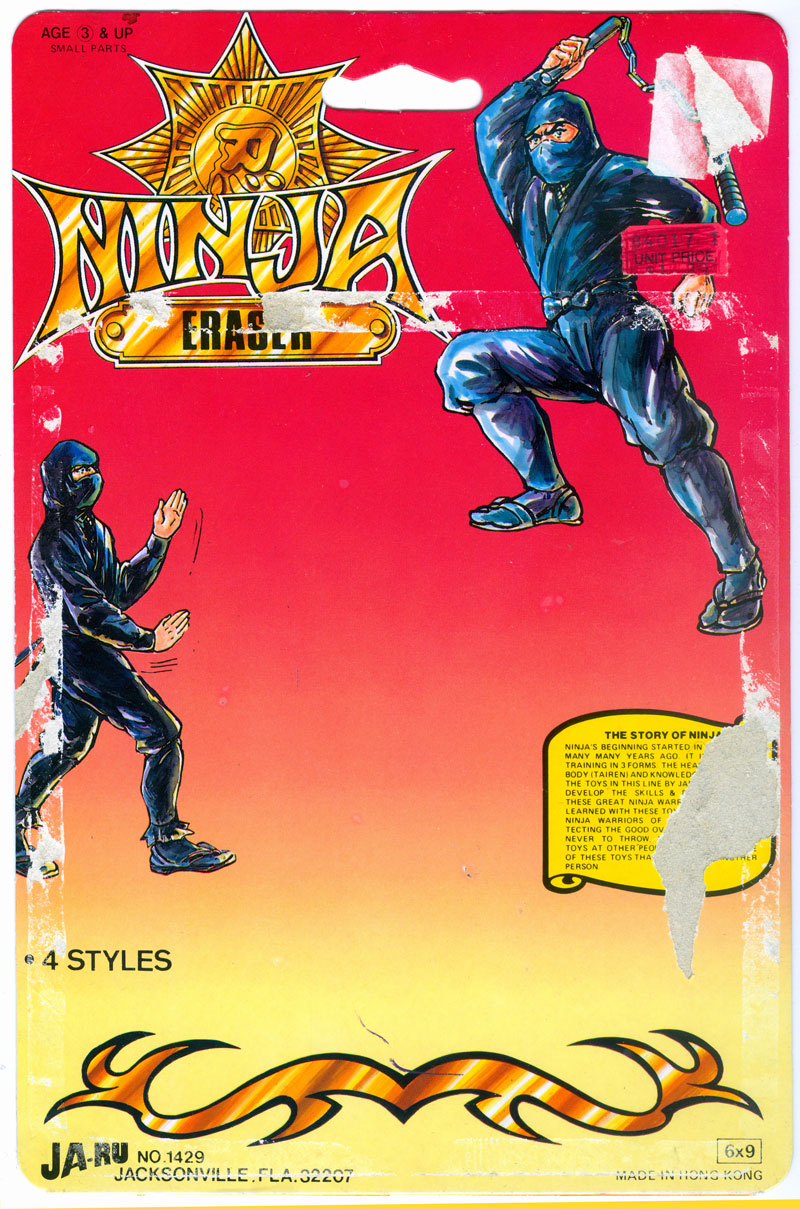 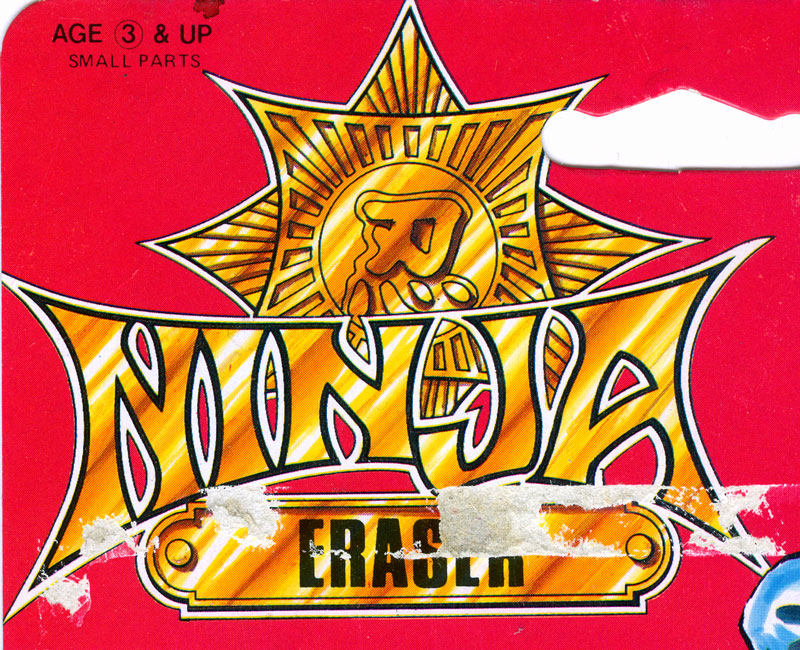 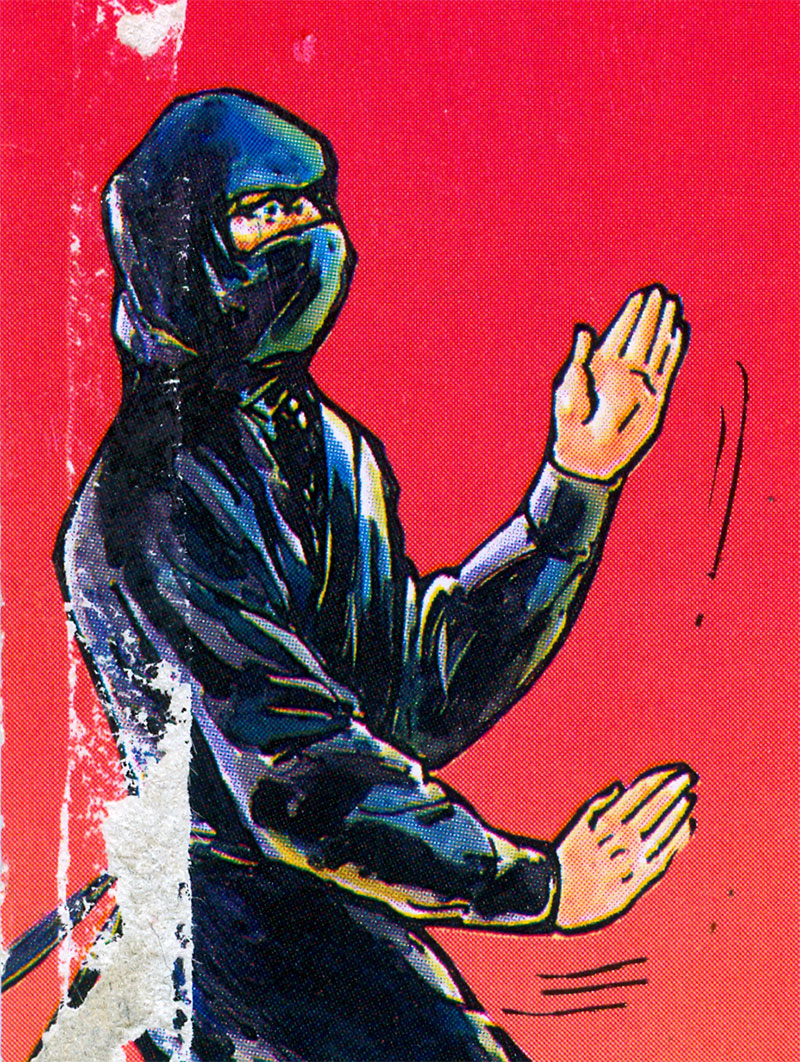 These illos are like many others of this type — derived from martial arts manuals, movie posters or magazine covers that were circulating at the time. While the top most image in this post looks very manga-ish in source, the one directly above looks traced from an Inside Kung-Fu article or supply ad for ninja suits.

I’m not big on mint-condition collectibles or things being in pristine shape to rate my shelves, but man I’m absolutely TORMENTED at where a select area of this card was torn off! 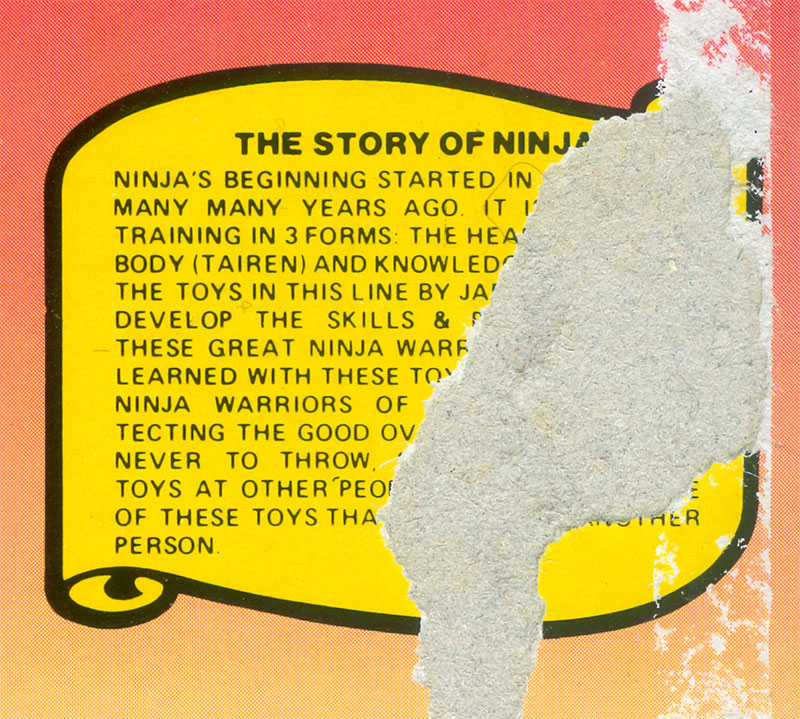 I would kill to know what sort of crazy smack Ja-Ru was talking here, both in terms of ninja history and lore, and the educational value of their poopie erasers! Dammit…

If anyone out there has these erasers or a more complete card with the above text intact, drop us a line!