Growing up in the pre-home video era often meant the only way to relive your favorite movie or TV property was the now extinct book-n-record. I positively wore out my GI Jo Adventure Team, Frankenstein and Planet of the Apes comic book / 45rpm sets from Power Records as a wee lad.

The Japanese had it just as good – the formats being rather similar: 8-16 page booklets featured art inspired by anime, manga, live action genre films, etc. Short, simple adventures corresponded to narration and sound effects on a 45rpm flexi-disc, with a property’s signature theme song often on the b-side.

I find the real charm of these sets to be the original artwork, produced by the licensor, sometimes with great skill in replicating the look of a famous artist, but just as often displaying some totally off-model mutations.

This set, from 1964-5, is a rather faithful adaptation of Shirato Sanpei and Hayao Miyazaki‘s collaboration Ninja Kaze no Fujimaru (aka Samurai Kid). 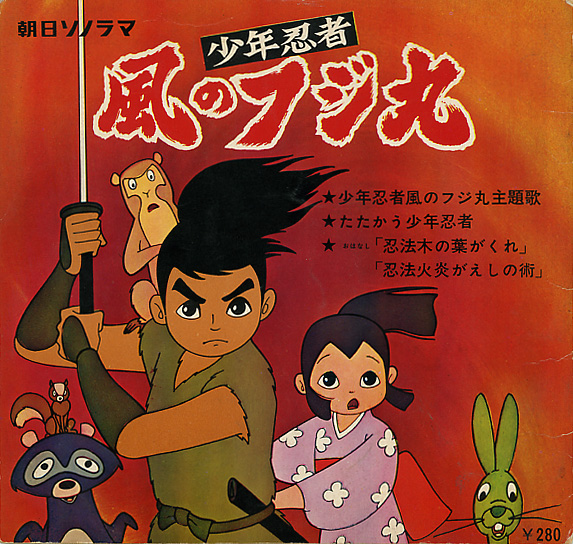 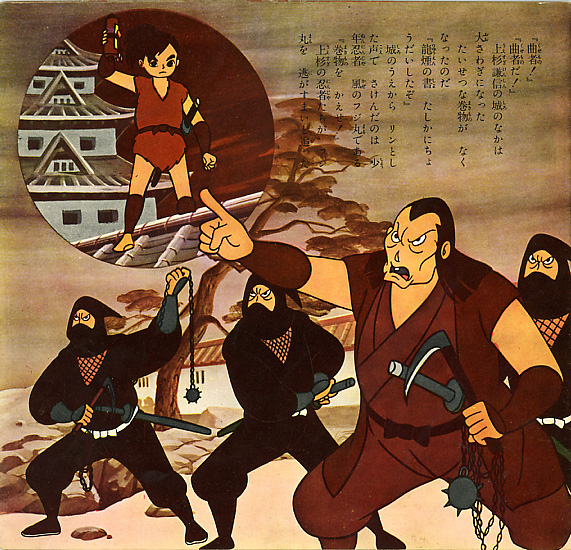 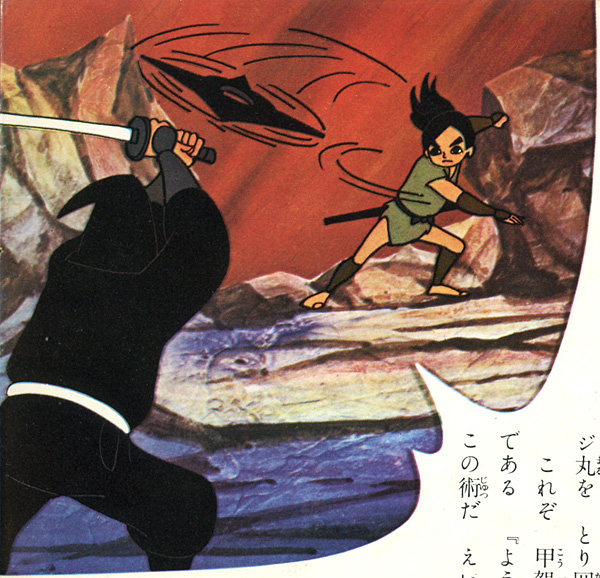 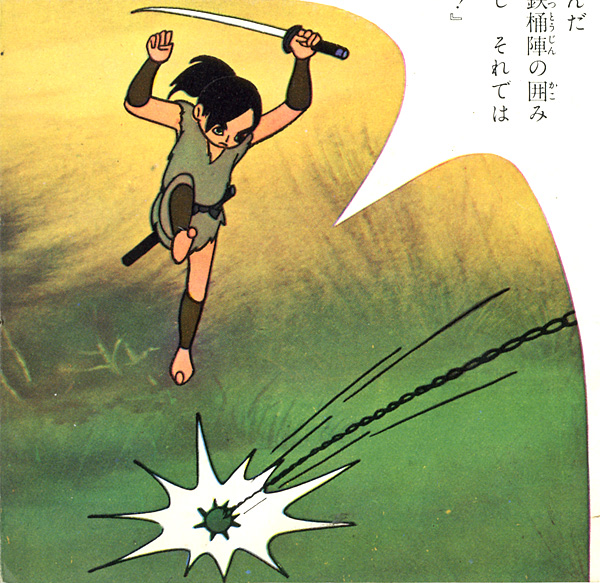 Fujimaru had a rather large friend from above his whole life – a giant eagle. It was all part of a well-balanced mix of genuine historical weaponry and credible martial arts with superhero-like powers and outright magic. Blend it all with goofy animals for comic relief and a snappy theme song by a kids chorus, and that’s your formula for successful boy’s adventure anime in the 60’s. 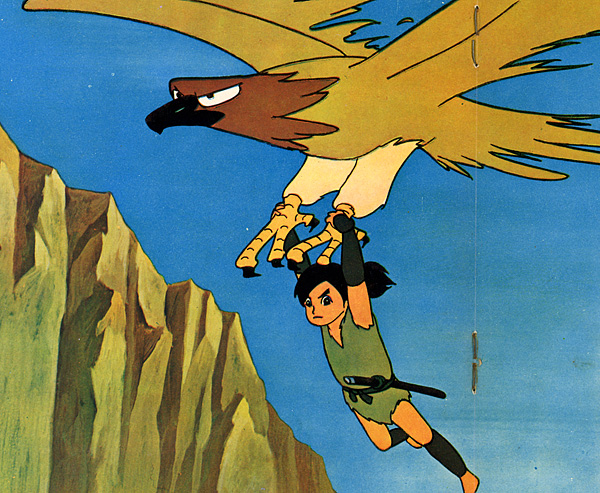 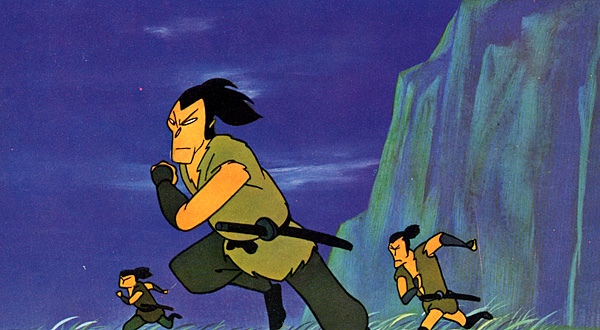 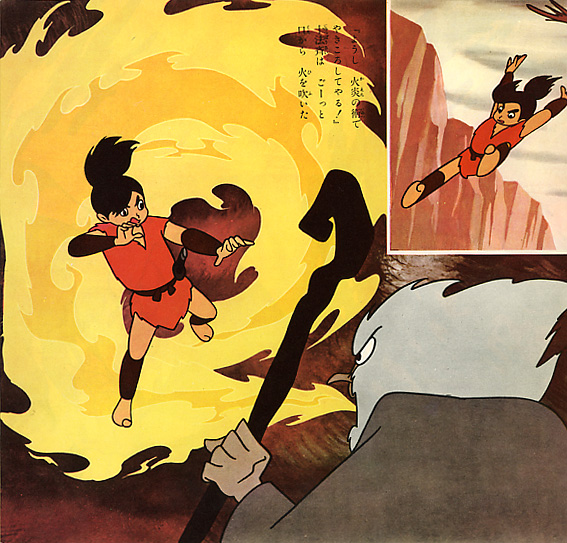 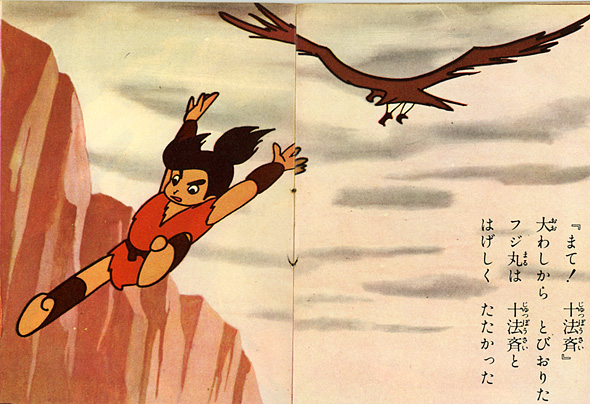 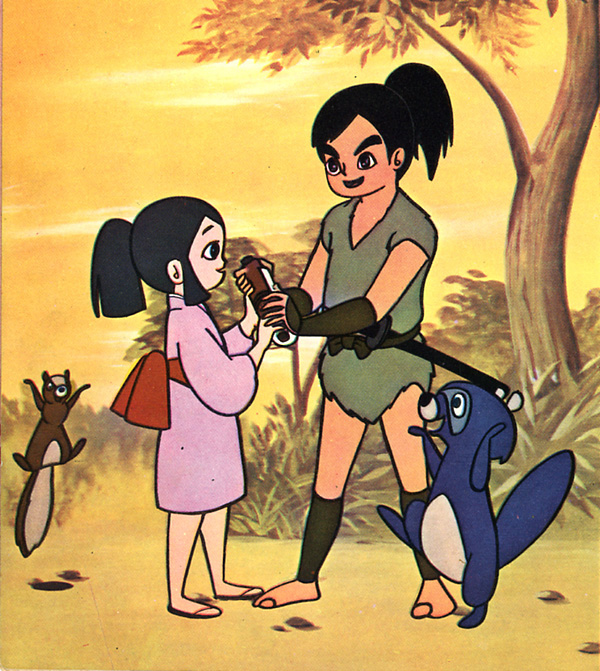 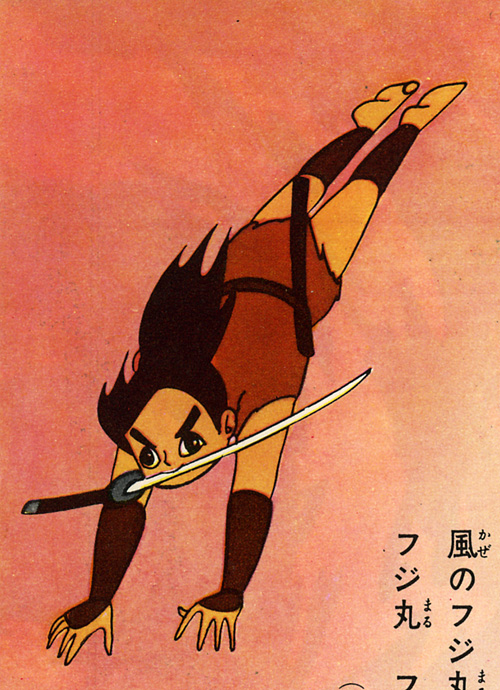 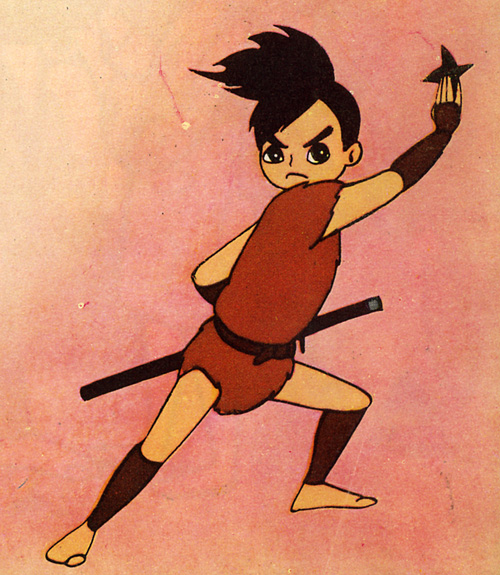 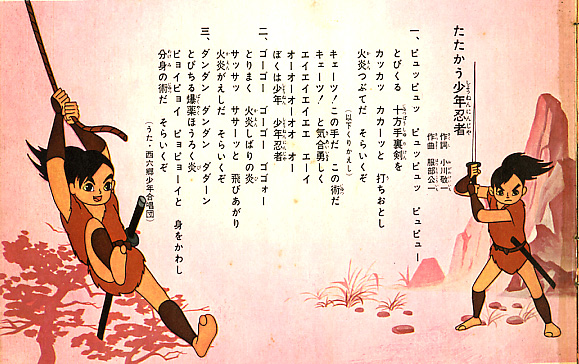 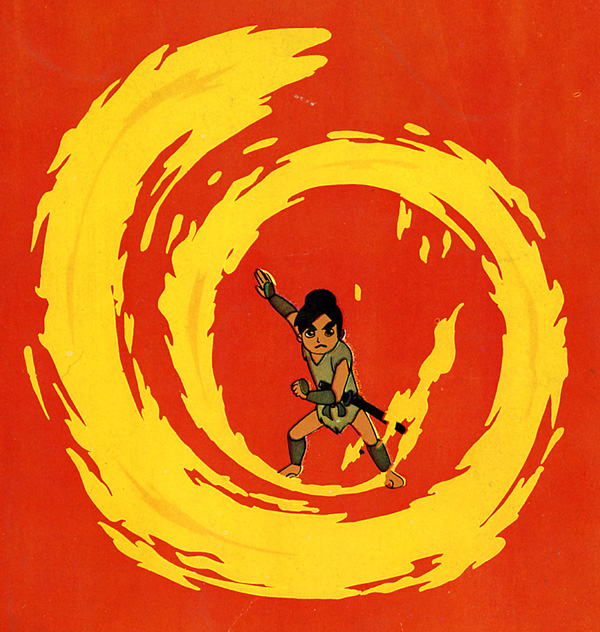 Ninja Kaze no Fujimaru ran on Toei’s TV network from Jun. 7, 1964 – Aug. 29, 1965 – the same year as Johnny Quest here in the U.S. But while JQ was about the apex of boy’s adventure cartoons in the States, Fujimaru was just one in a long line of weapons-carrying, ninja-slaying, super-powered shinobi role models for Japanese kids.