When 1985’s Pray for Death was released, we were none the wiser that Sho Kosugi and Cannon Films had parted ways, and that this began his struggles to get a decent budget and good distribution for his shinobi-centric vehicles. To teens knee-deep in the 80s craze, it was just another ninja-sploitation classic that ranked with Kosugi’s holy trinity.

And despite the goofy helmet, it delivered on all fronts. 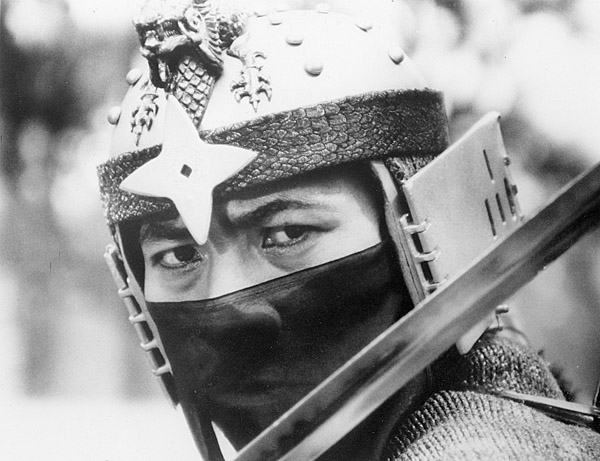 These 8×10 glossy press kit images reveal some great costume details and showcase some of the film’s ample action sequences. Hadn’t seen a lot of these before scoring this cache of vintage stills. 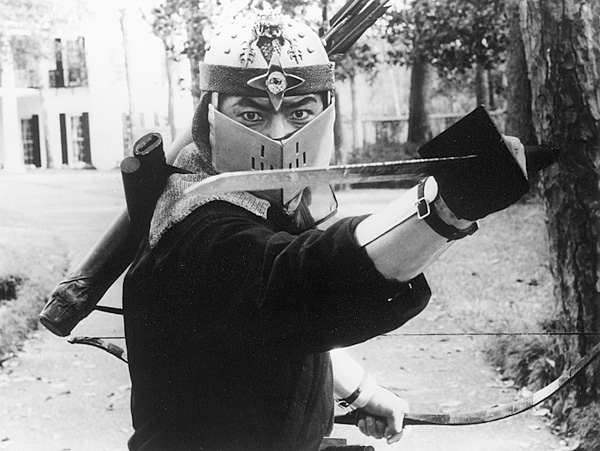 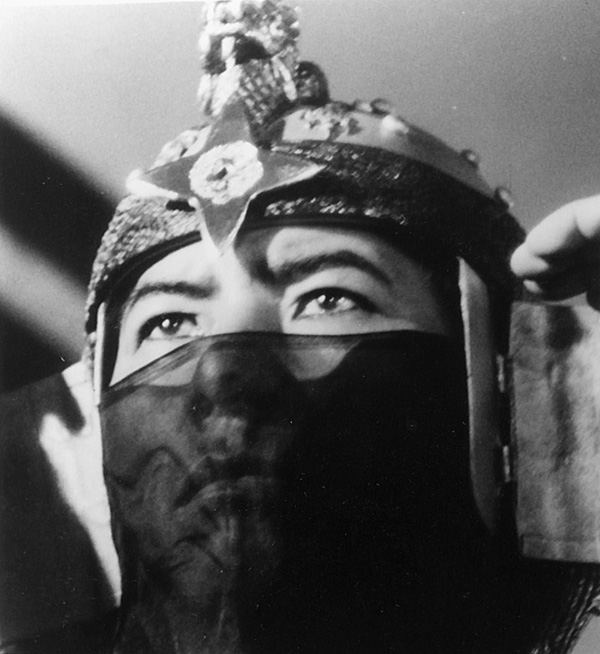 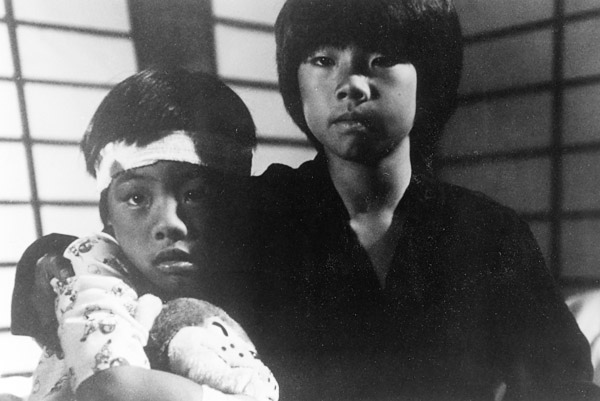 The Kosugi kids – Kane and Shane – were once again victims of gangster wrath, and once again Kane manned-up and took down adults with an array of martial tricks. In PfD however, it came off as a bit hokey, especially in contrast to the rest of the thoroughly R-rated action. I always thought these two should have been the driving force of the ‘ninja kids’ sub-boom of the late 80s, but white kids stole their thunder. 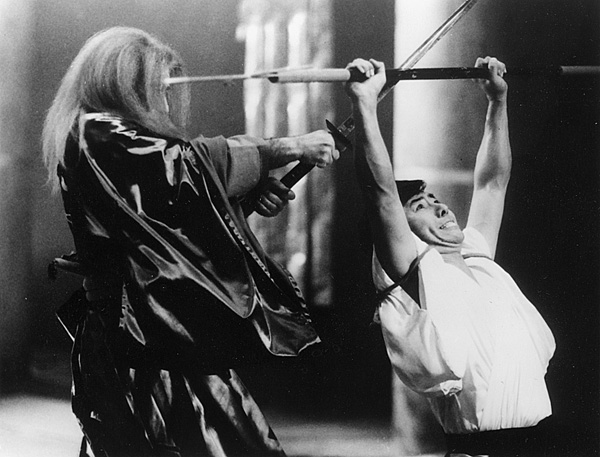 Not content with simple fight movie formulas (ala Revenge of the Ninja), Kosugi continued themes he explored in Ninja III: The Domination by featuring a temple environment and an ancient master right out of Watari and Kamui fare. 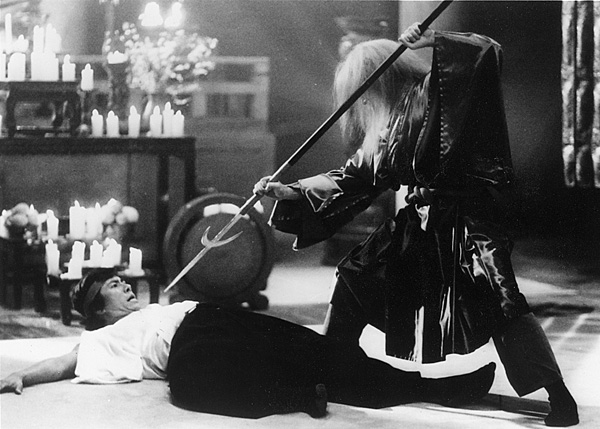 Man… this scene doesn’t come off anywhere near as dangerous in the film as it does on this still. 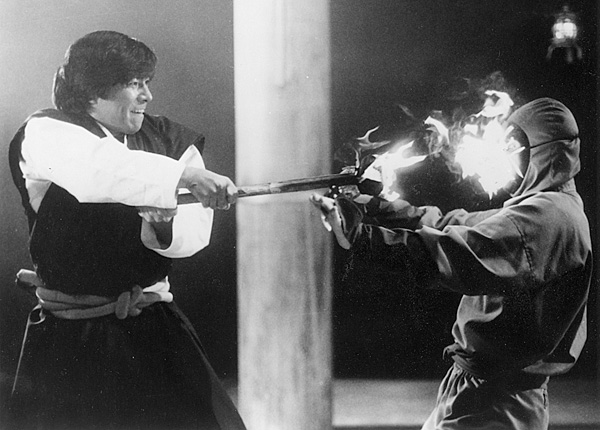 Pray for Death was Kosugi’s last full-on ninja-packed movie. He was looking to escape an increasingly stale genre being bled dry by his former studio, budgets decreased with overseas productions, and the ninja twerps and kickboxers were knocking on the genre door.

I love that this film is finally available wide-screen and uncut! See it on Netflix instant streaming alongside an equally beautiful print of Revenge.