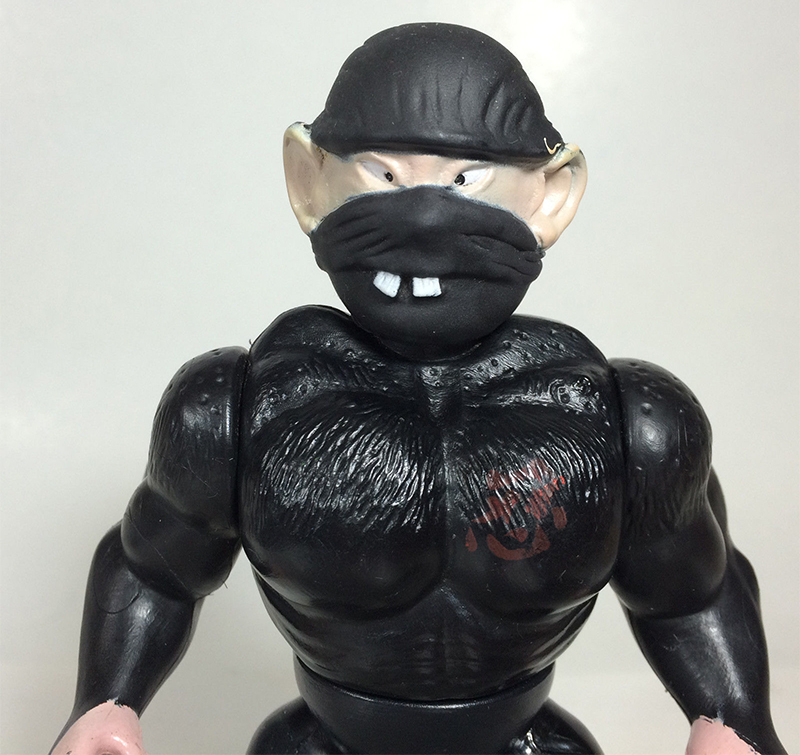 If that slanty, cross-eyed, buck-toothed head-shakingly offensive visage above looks familiar to regulars of this site, yes, it’s none other than the Mel Appel Weird Ball Collectums “None Chuck” …or at least his toy-line-inbred cousin.

We’ve posted on the vinyl statuette type figure here before — a misguided attempt at humor inspired by the Marx “Nutty-Mad” toys of the 1960s. Read our original post, updated a while back with card art, here. 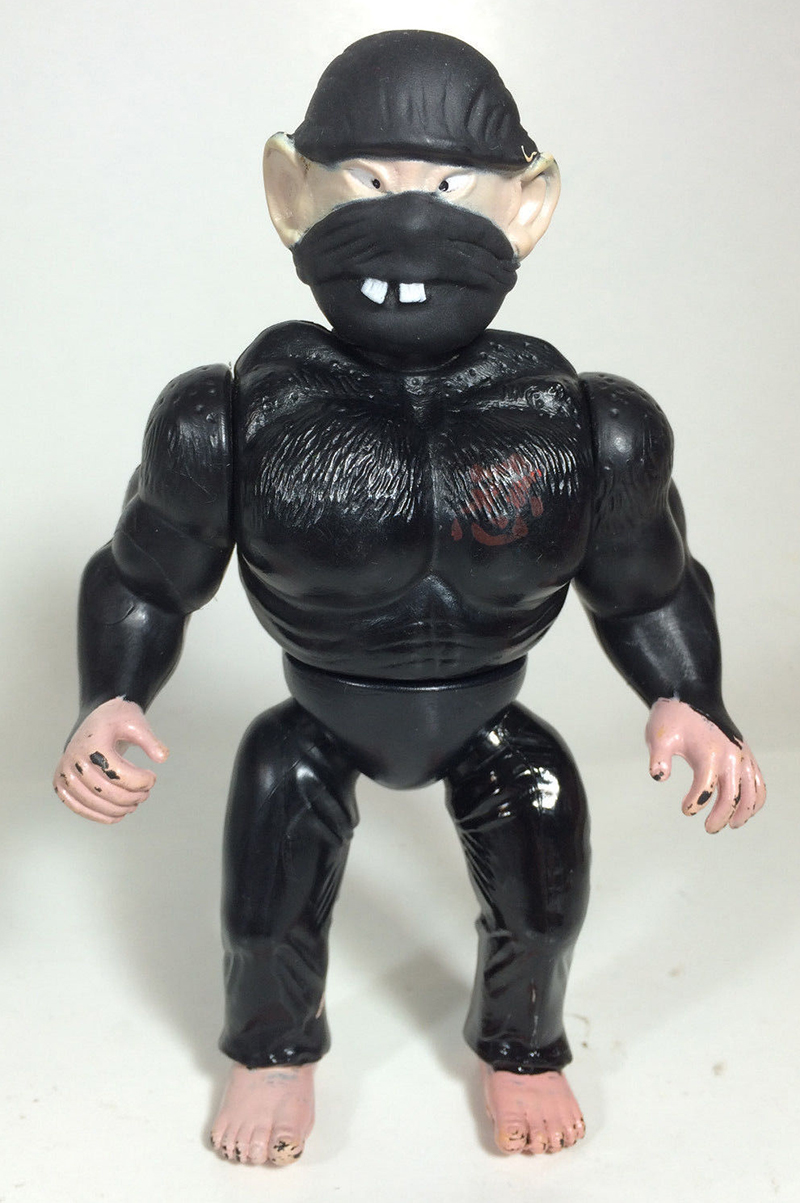 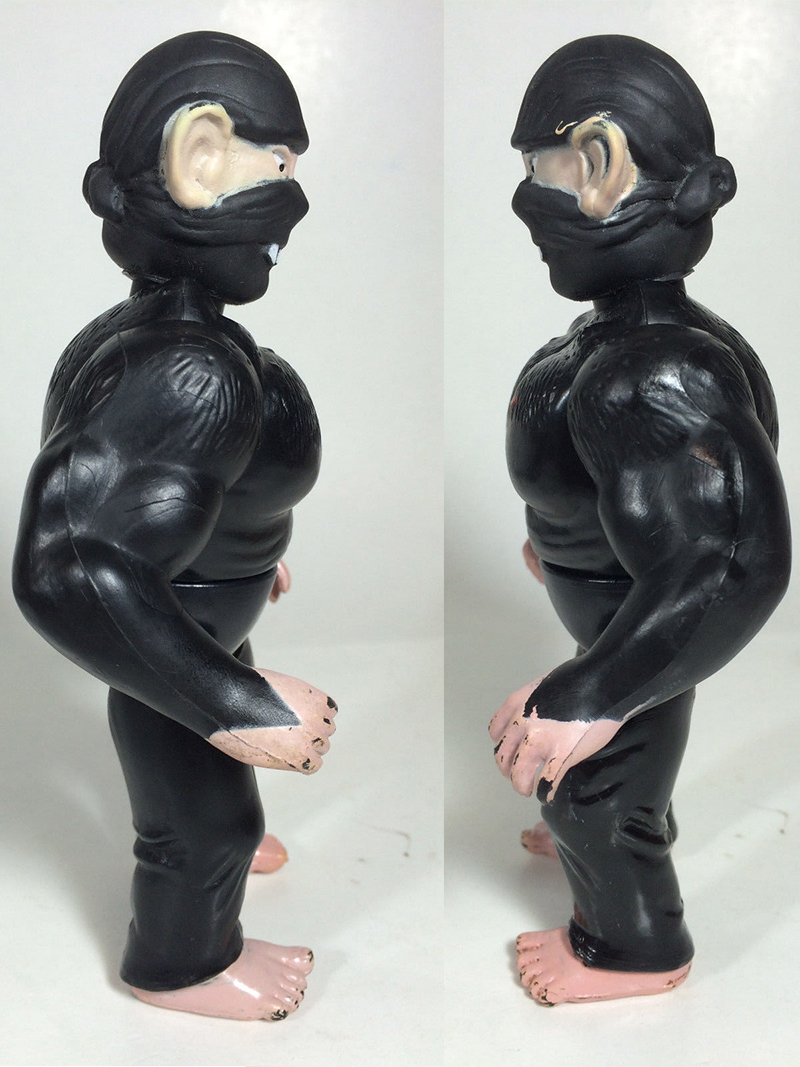 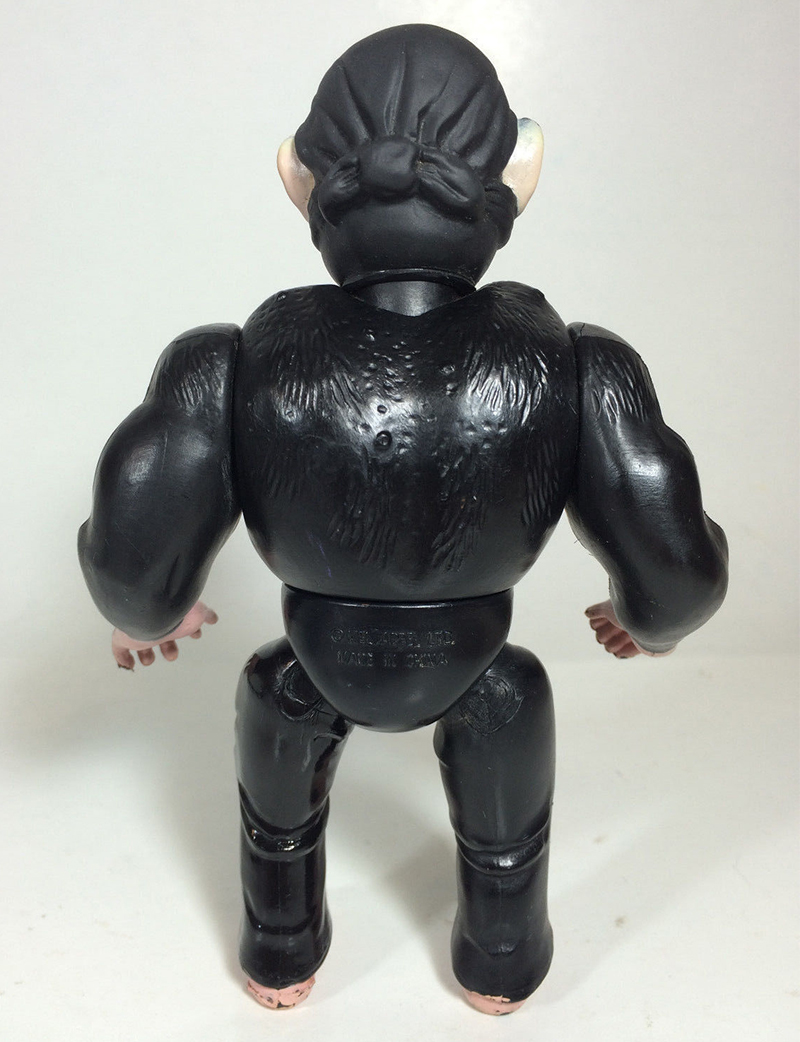 Note the vestigial body hair molded into the torso and shoulders from whatever original toy this was — troll, monster, barbarian, cave-man, professional wrestler? All of the above? This posable, articulated version of None Chuck came with a weapon of some sort that I can’t track down, but I’m guessing it was a sword to hurt himself with.

The same seller had the articulated version of the sumo character Humungasaki as well: 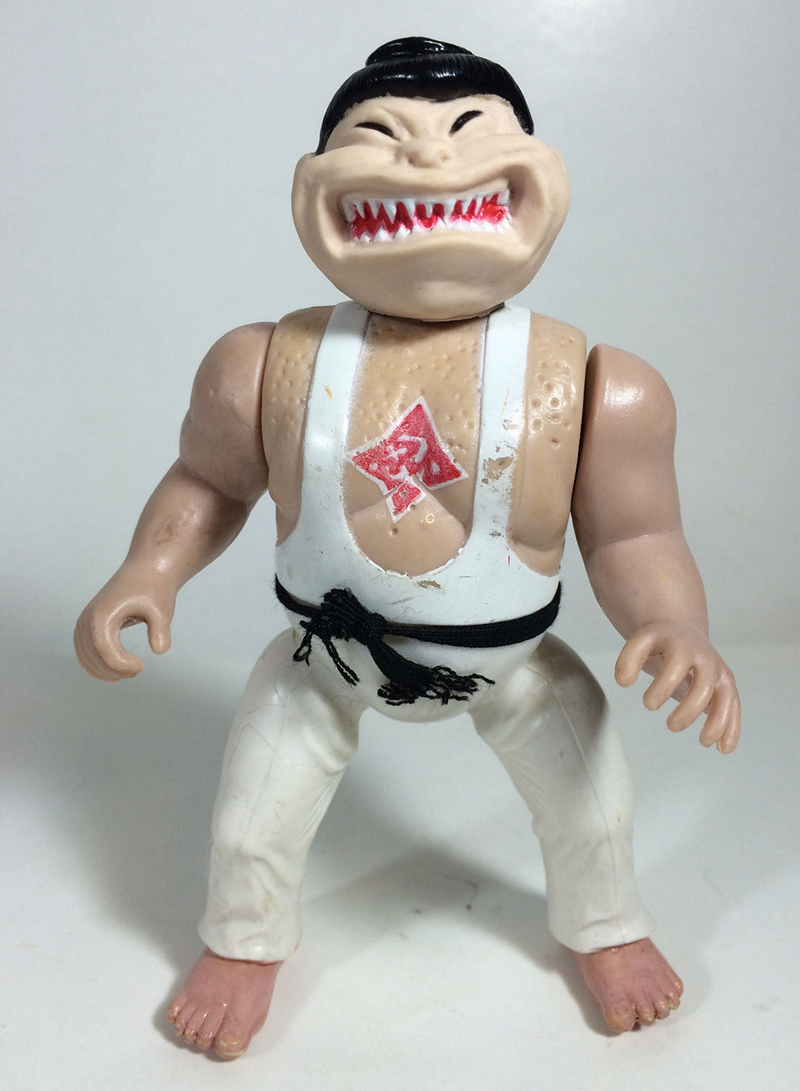 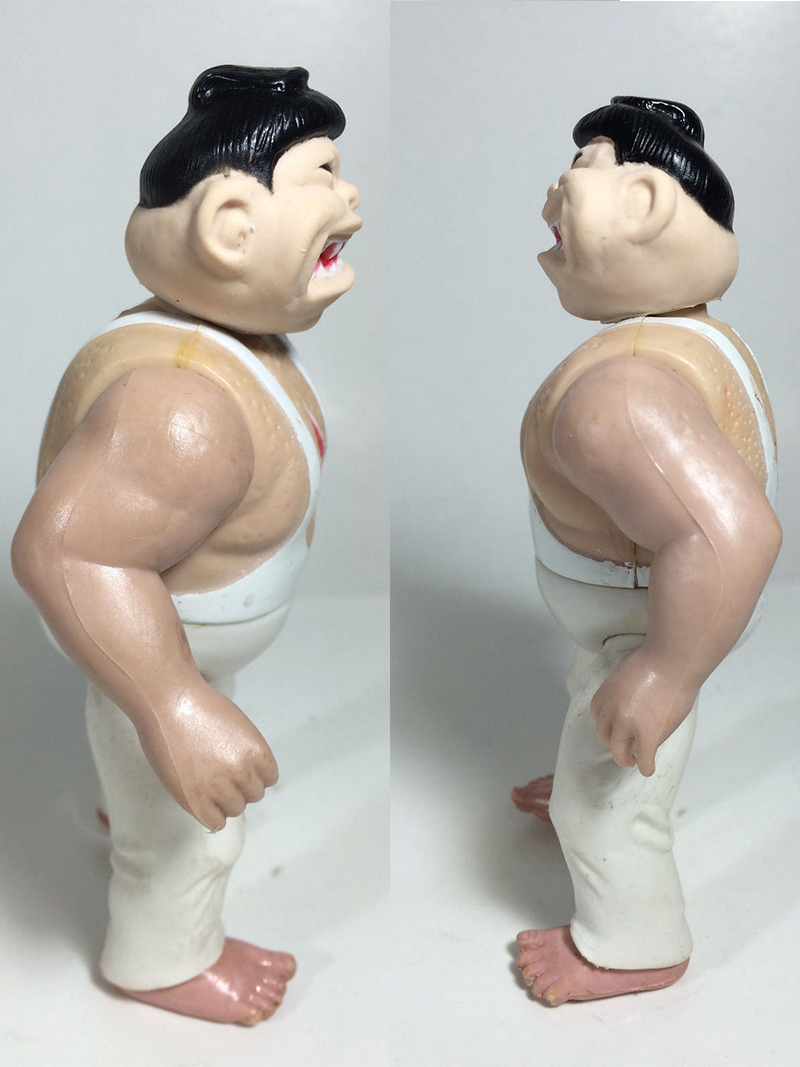 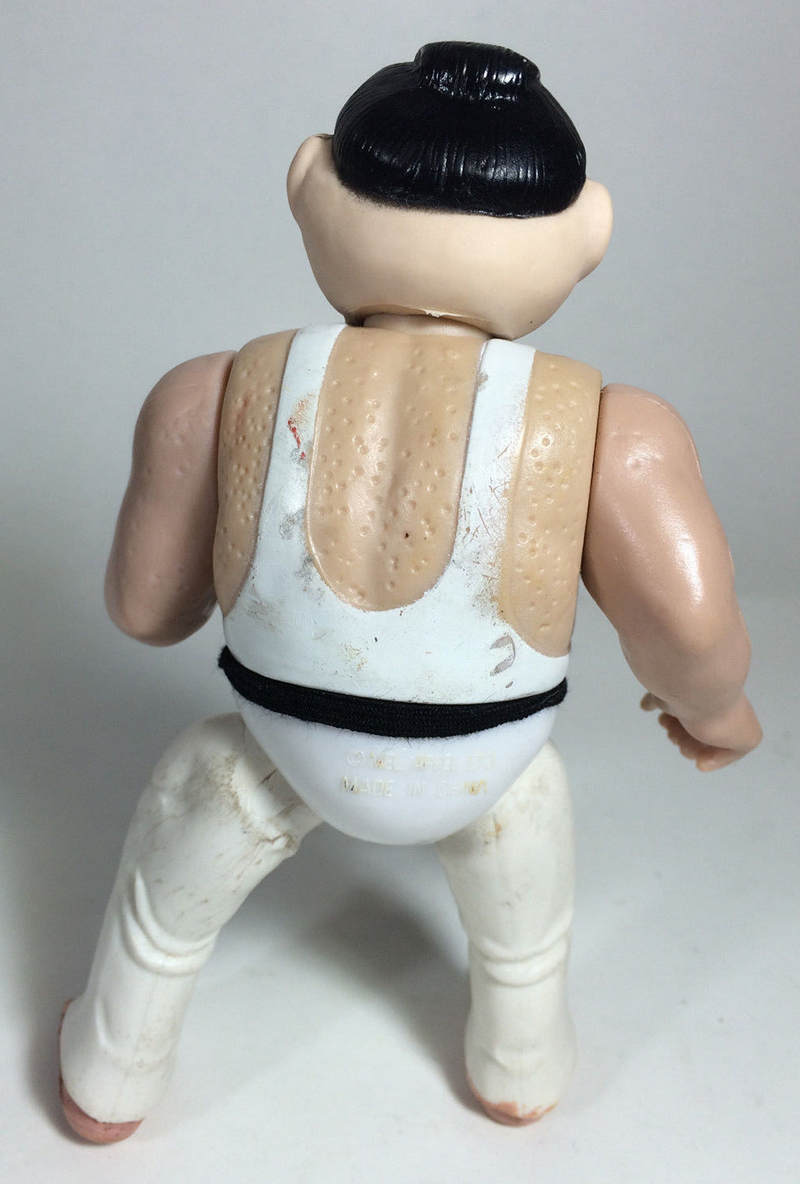 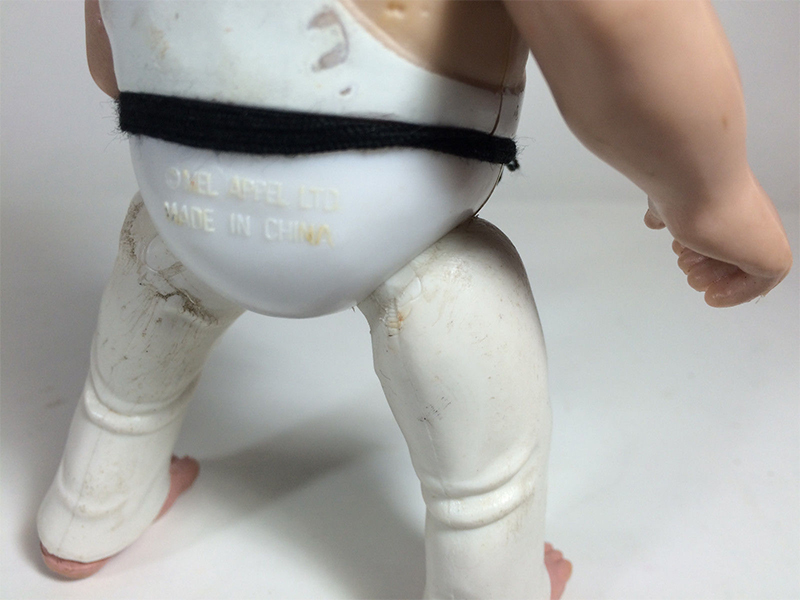 This version of the Oriental over-eater discarded the head-scratching “Eat At Chans” graffiti that adorned the statuette version. 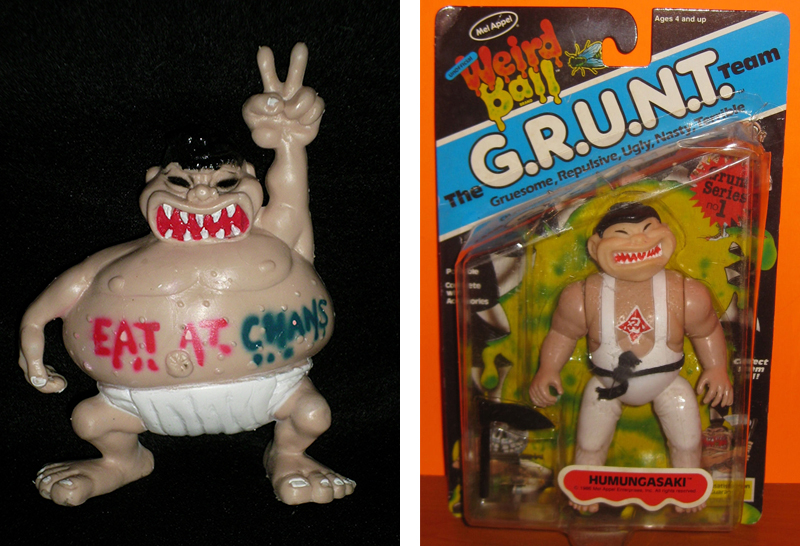 Also, note the cloth belt. The ninja originally had a red sash according to the card art. 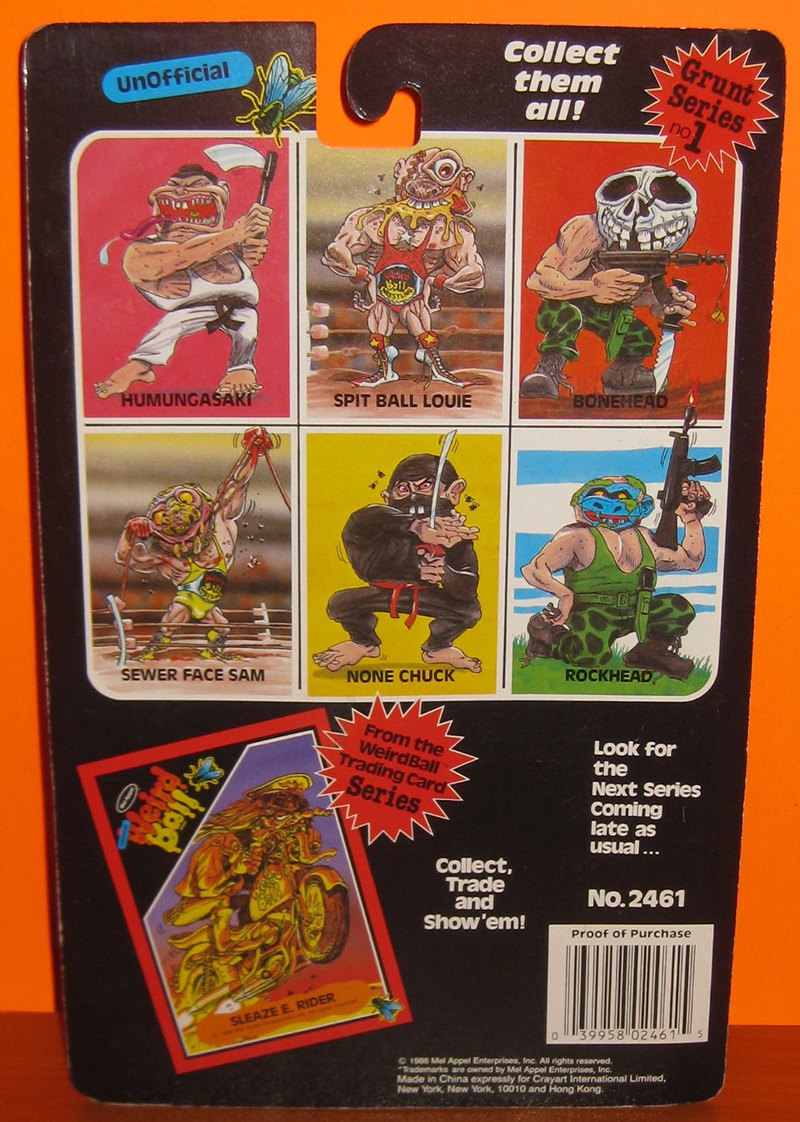 These variants of the Appels are ludicrously scarce, and truthfully I can’t even remember them from back in the day. The examples above showed up on eBay last month, and the ninja went for over $75 despite being loose, incomplete and in so-so-shape at best. Dealers are asking as much as $250-300 for carded examples of other figures from the line. I’m consigning myself to never owning one of these…

I am, however, super curious about who does own them and who’s hunting them so voraciously that these prices are out there. There’s a segment of 35-50 year-olds re-buying their childhoods (guilty as charged myself at times!), plus a new wave of nostalgia for Mad Balls and the Appel version “Weird Balls” and the like, but there’s also a much younger crowd really into mini-figures, knock-offs and bootlegs, and the ancestors of modern day ‘urban vinyl’ collectors items. Would love to hear from some of you who have collections like this, how old you are and what got you started.

Also, what do you do for a living, cuz if you can afford these I’ll change careers, like tomorrow.