Found these antique woodcut images on, of all places, the Library of Congress image archive website! See, the government is good for something… I like to think of these as Socialized Shinobi. Details of the above follow: 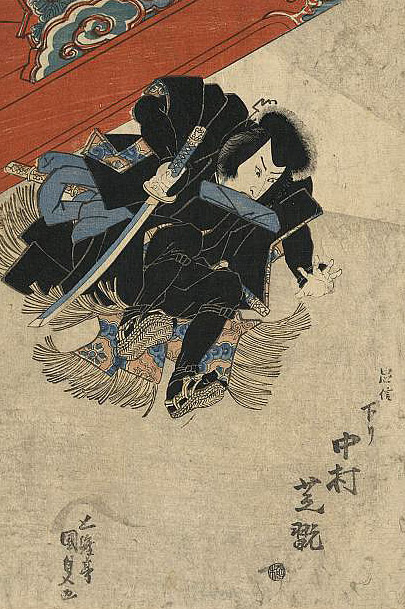 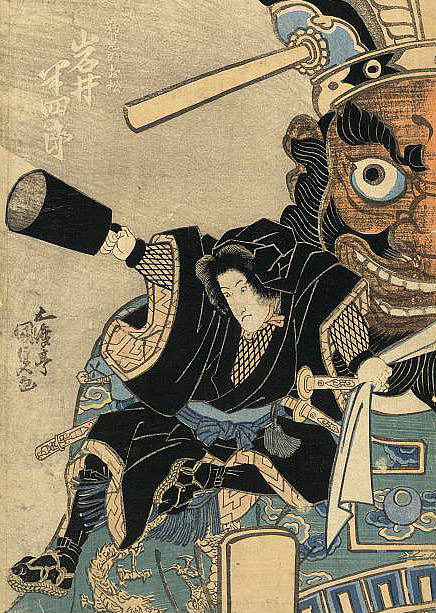 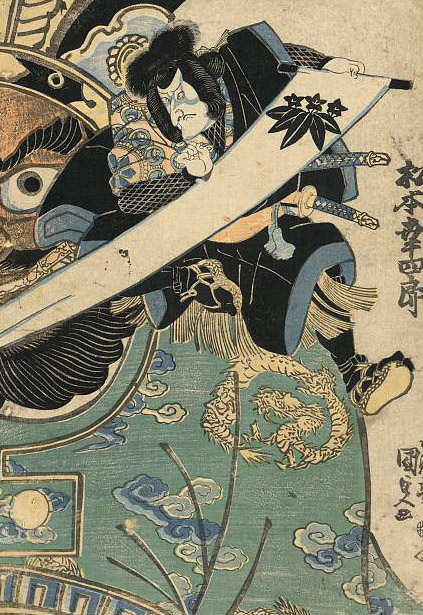 According to the archive, the name of this 1820’s Utagawa Toyokuni print translates to “The actors Matsumoto Kōshirō, Iwai Hanshirō, and Nakamura Shikan.” It’s either theatrical marketing or a piece of souvenir merch from an era when effects-laden stage plays featuring wizards and swordsmen were huge. A lot of images like this, having all the black costuming and spectacle of the modern genre, are sold as “ninja” related by antiques dealers. 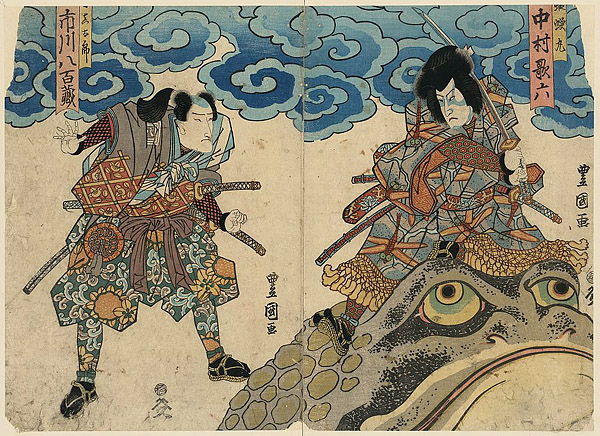 Here’s a similar piece, circa 1830’s – “The actors Nakamura Karoku and Ichikawa Yaozo” also by Utagawa Toyokuni. That giant toad is awesome beyond words!!! If you want to see an example of this stage magic, perhaps the very play this image is from, check out the nifty demon-hunter flick Ashura. 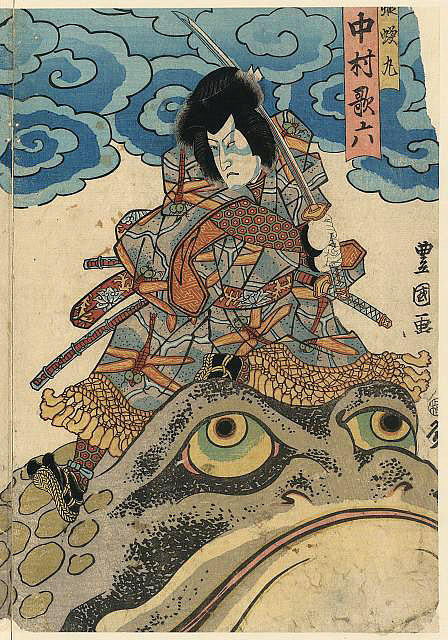 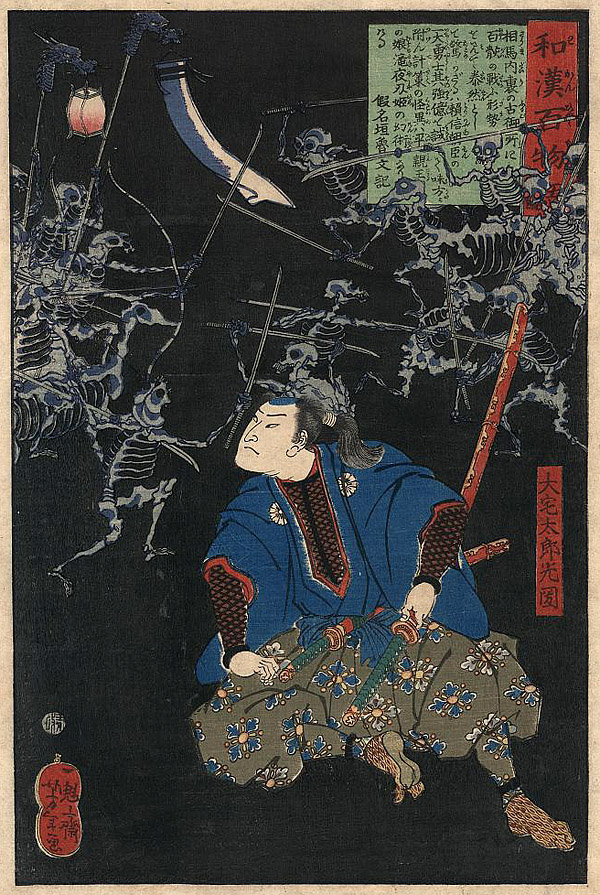 Not so much a ninja situation here, but damn those battling skeletons are amazing! “Ōya tarō mitsukuni” by Taiso Yoshitoshi (1865) has me jonesing to watch Ray Harryhausen‘s work in Jason and the Argonauts. 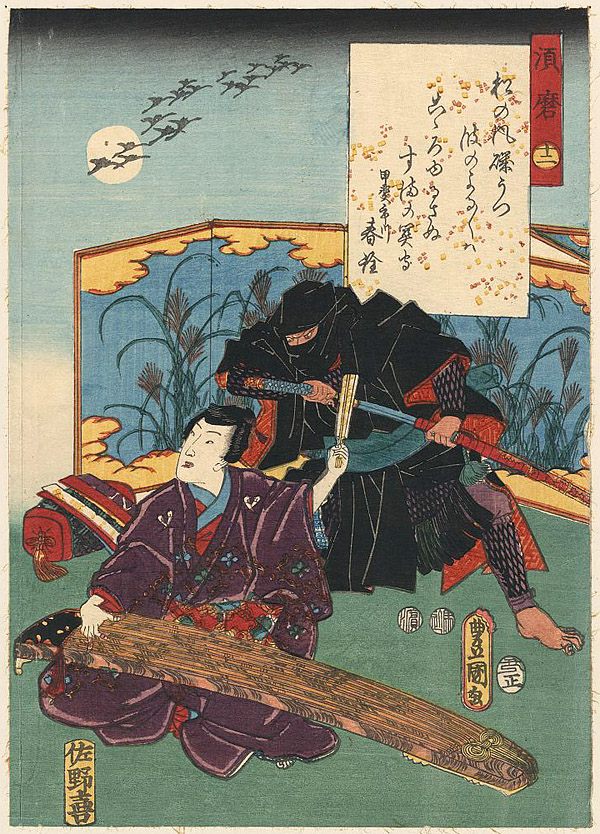 This 1853 print “Suma,” again by Utagawa Toyokuni, is from a series of Genji illustrations. Obviously, ANY character in a black disguise and hood, be they assassin, kidnapper, burglar or even stage hand, is going to be retro-shinobified nowadays and given full ninja status wether they deserve it or not. Not sure it matters to the soon-to-be decapitated koto player if the killer in question is a secret-scroll-carrying official Union of Shinobi Local 51 ninja or not.

The Library of Congress online resource is full of great imagery, however the site looks like it was built in 1995, and the search functions are far from intuitive. I found most of the above under keywords “Japan + Warrior” as terms like ninja and shinobi brought up zero-point-zero results.