The much-missed masters of cheap toy lines Remco released a He-Man-sized line of martial arts action figures from 1984-86 called Secret of the Ninja. Three sets were done in ’86 that included VHS tapes to ‘play along to’ – and man are these tapes some historical oddities! 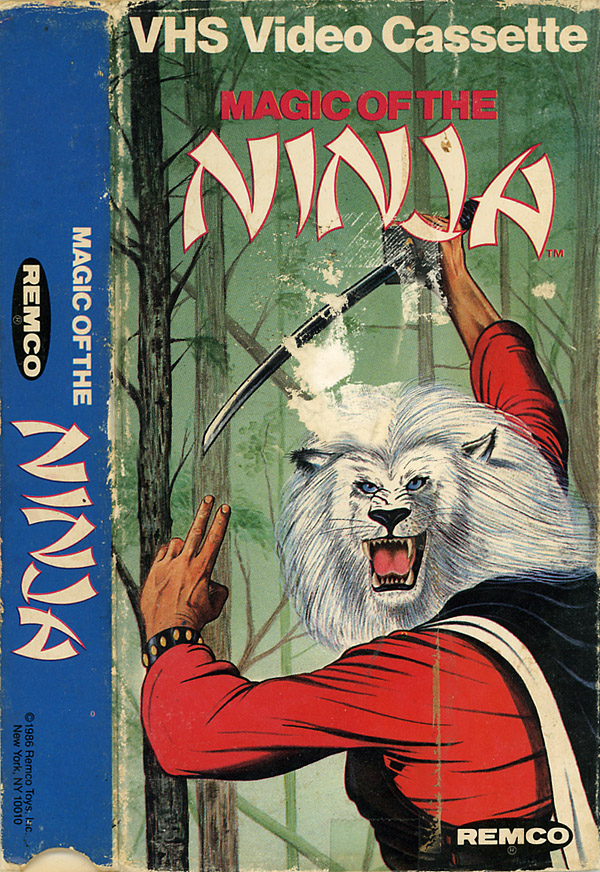 Yeah… Kaiketsu Lion Maru… the pilot episode… on domestic VHS… DUBBED IN ENGLISH! What the hell? Did the soon-to-be-defunct toy company bring in a cast of voice-over actors to do this up? Was there a dubbed pilot floating around public domain after a long-forgotten failed pitch to film or TV markets? Is this the only surviving remnant of a whole season of the tokusatsu classic  re-purposed for the American market that never saw the light of day?

Now the dubbed version of Kamui I can understand a bit more – the series ran for years in Latin American markets, was dubbed for Italian TV, and more. An English version was probably done in hopes of similar syndication, but the nature of the knife-wielding youngster killing ninja in the trees may have been a bit much for American corporate sensibilities. 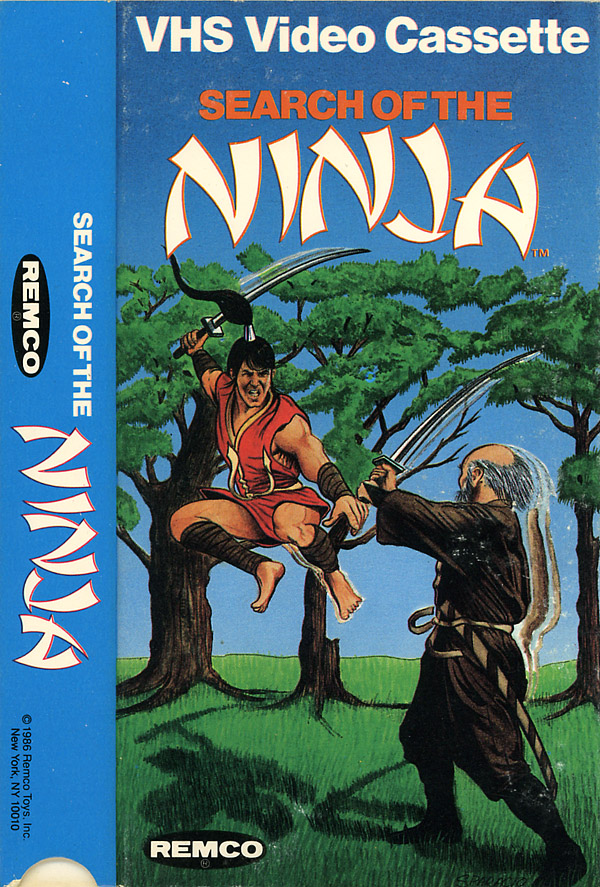 Regardless of the origins of the programs on these tapes, the box art was certainly new and a product of Remco. They’re signed “S. Paracio” or “Sparacio.”

Someday I’ll get around to photographing my modest collection of these figures. It’s a weird line with all-over-the-place designs, and head sculpts that look a lot like 70’s high-school math teachers. 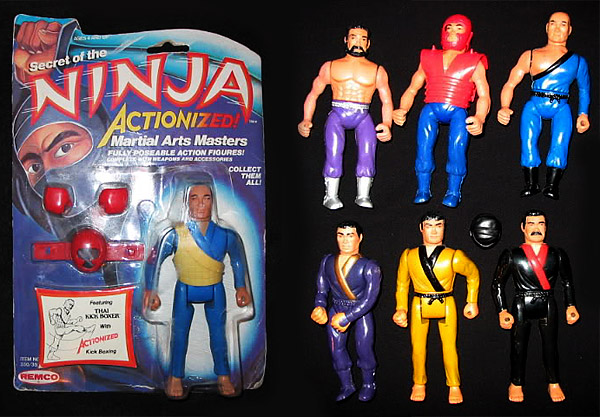