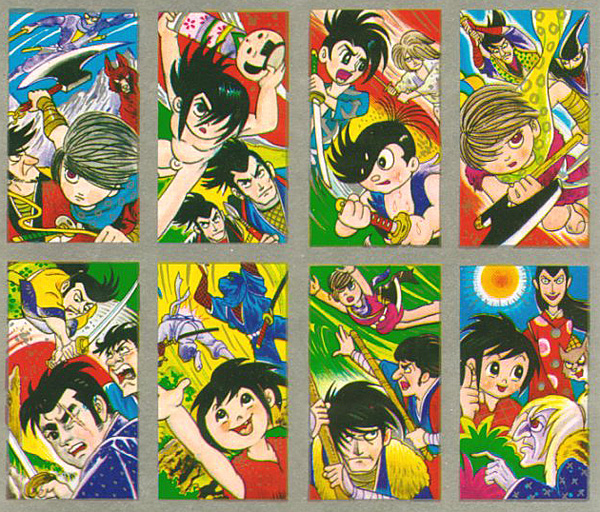 Now these are some awesome menko cards! Watari the Ninja Boy, Sasuke, Tange Saezen and more, represented by original art from the card company – hence the slightly off model illos. And do we really need that male nudity??? 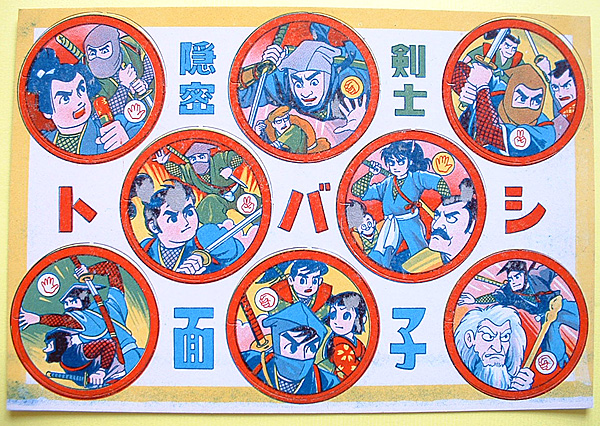 This un-punched sheet of circular menkos is a lot more off-model. I’m pretty sure two of them are supposed to be Kagemaru of Iga, but the rest are a crapshoot. 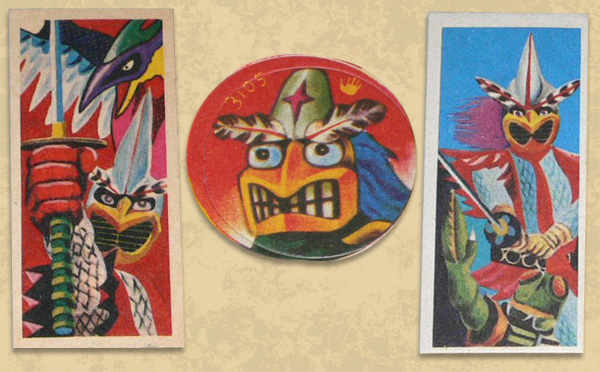 OK, the rectangular Henshin Ninja Arashi cards are pretty good, but that circular ‘POG’-like one in the middle is just awful! But these aren’t the best of the worst… 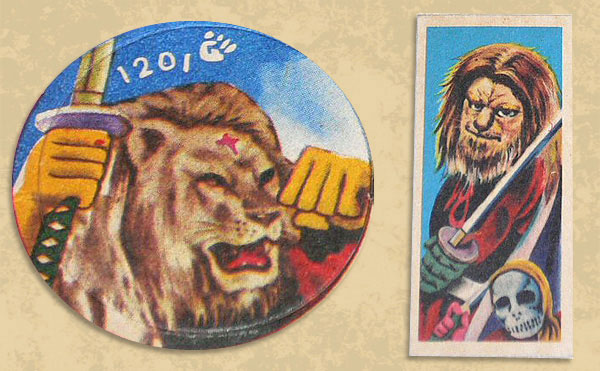 Kaiketsu Lion Maru my ass… I’m calling total bullshit on the disc on the right! That’s just some nature book painting of a lion’s head with some hastily drawn gloves coming in from the sides. Even the more on-model rectangular card is pretty wonky in the too-human face. Looks more like that old Ron Pearlman Beauty and the Beast TV monster than the white-maned transforming ninja hero of the 70’s.