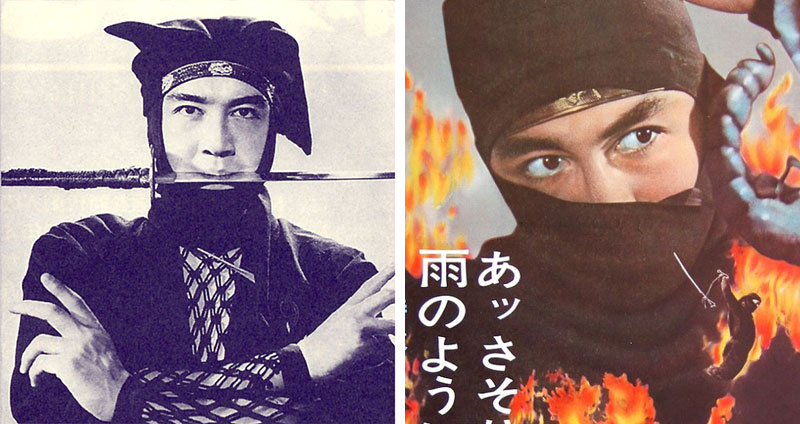 The son of jidai-geki’s first Jubei Yagyu icon Jushiro Konoe, he was pretty much born to play a ninja on screen, with starring roles under the black hood in such classics as Mission Iron Castle, Seventeen Ninja 2: The Great Battle, Renegade Ninjas, Kagemaru of the Iga Clan, and the first ninja movie I ever saw, the kaiju-loaded Magic Serpent.

I loved his sideways eye expressions and his ability to sell facial emotion when otherwise covered in a black head wrap. Matsukata may have been more prolific in yakuza cinema and more traditional chambara dramas, but he was a superb ninja actor as well.

Here’s a list of past features of his work from this site. Revisit these great old films and keep this legend immortal.

Kagemaru of the Iga Clan

And finally, we’re proud to debut this great portrait of Hiroki Matsukata by Asian-cinephile extraordinaire Amber Skowronski, whose work you can follow in Instagram and tumblr. 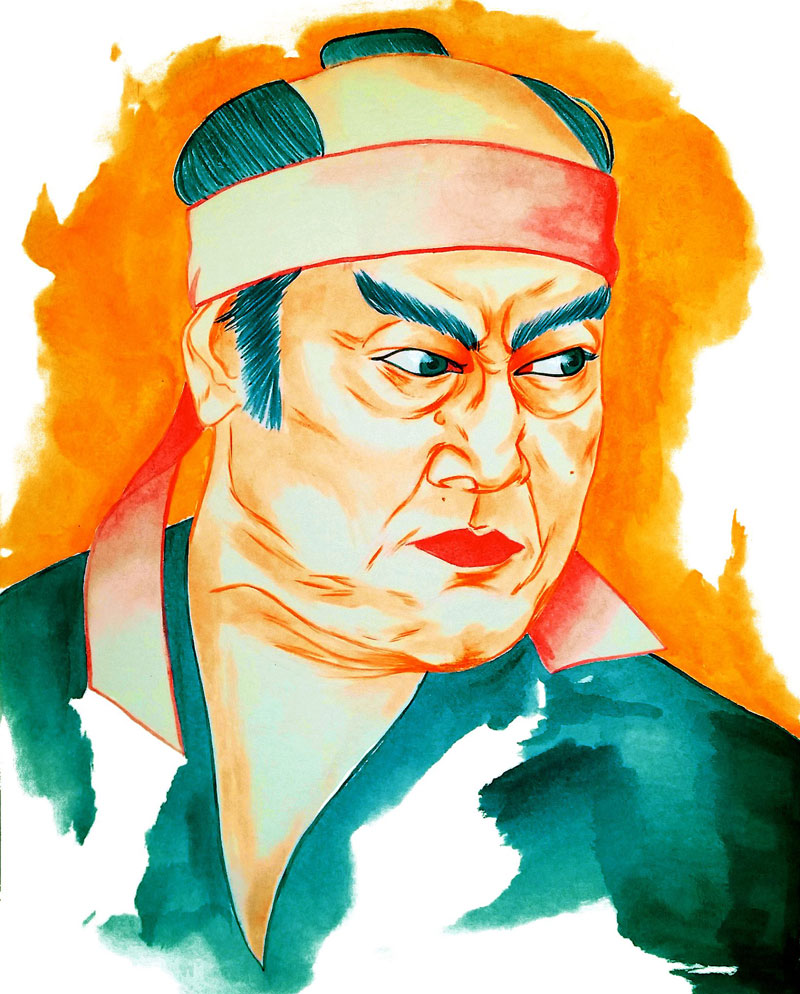