Remember during the home video explosion how many low-end kung-fu movies got cheap new package art and “ninja”-centric re-titles? I got burned so many times at the video store by this, fuming when the 70’s ‘chop-sockey’ playing on my VHS not only had no ninja content, there weren’t even any vaguely ninja-esque hooded characters in there that might have been mis-identified by an honest mistake.

I thought those days were over, but lo-and-behold! 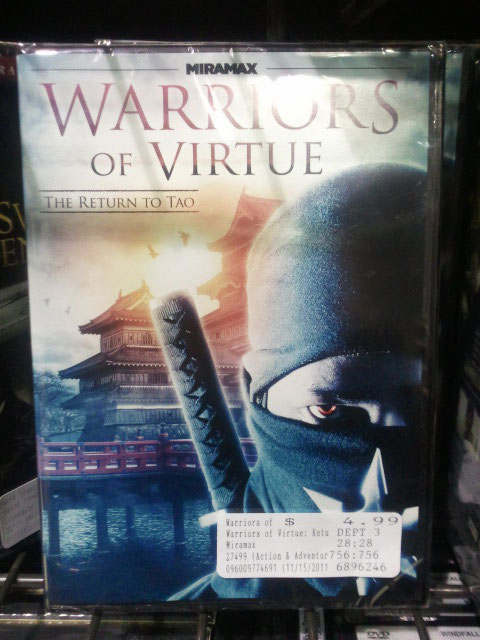 In a film marketing context, “Shinobification” — the giving of implied ninja-ness to something that has no actual shinobitude of its own — ranges from slightly fudging advertising or packaging to make minor ninja characters seem more important than they actually are, to outright bait-and-switch in the hopes some poor sucker’s ninja-fandom causes them to purchase what is essentially a ninja-less product.

The current release of Warriors of Virtue 2: The Return to Tao is decidedly the latter! 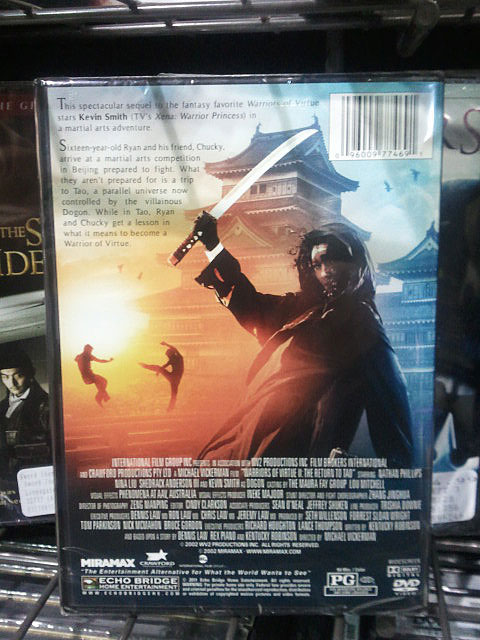 For the uninitiated, Warriors of Virtue was a somewhat notiorious 1997 martial fantasy flick co-produced by soon-to-be-broke American and Chinese partners. Trying to drag on the live-action Turtles flicks, it achieved what few thought was possible — uglier kangaroo suits than Tank Girl. Despite a lot of really good FX and stunt folk working their asses off on this thing (and Abe Sapien himself Doug Jones as one of the martial marsupials), it was an absolute catastrophe for the studios and toy licensers involved. 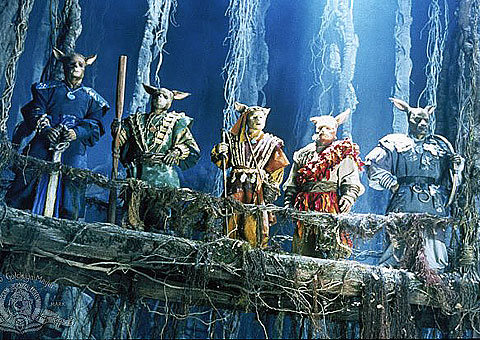 How a sequel got made is beyond me, but somehow five years later one did. Usually sequels to creature-suit driven movies are cranked out to re-use (and amortize) the appliances from the original, but in this case it’s explained to us the kangaroos have evolved into normal looking humans now, so even the core critter-ness of the first film is gone here. So you write-out the gimmick animals but keep the name of your disastrously under-performing initial film?

Return to Tao‘s release was marred by the sudden death of its villain star Kevin Smith, who played Ares on the Hercules and Xena TV shows. Maybe that’s why I had never even known of its existence until it hit Netflix streaming unceremoniously last year?

Then last week I’m in a Fry’s Electronics and WOW! Are you kidding me? 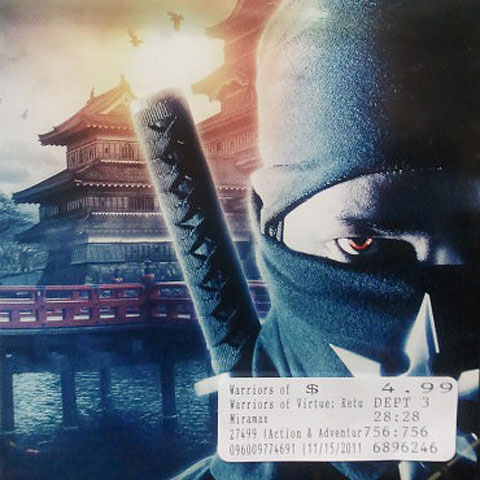 Quick checklist of things, besides kung-fu kangaroos, that are NOT in this movie:

4.) Any building from any era of Japan.

They even do the cheesy trick of dropping the “2” from the title so as not to initially discourage potential buyers who never saw (or heard of) the original, of which there are MANY.

Now, to be fair, there is ONE scene where a female character wears a ninja-lke-if-you-squint outfit, which foreign packaging properly exploits: 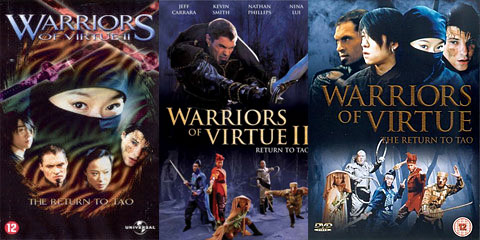 Besides, you can see in on Netflix for free…