Four months ago or so I ran some vintage publicity stills from movies I couldn’t identify. Well, thanks to VN commenter Robert “ShinobiShaw” Kibodeaux we got some IDs soon after, and I’m finally getting around to putting up these caps from the very film this mystery image came from: 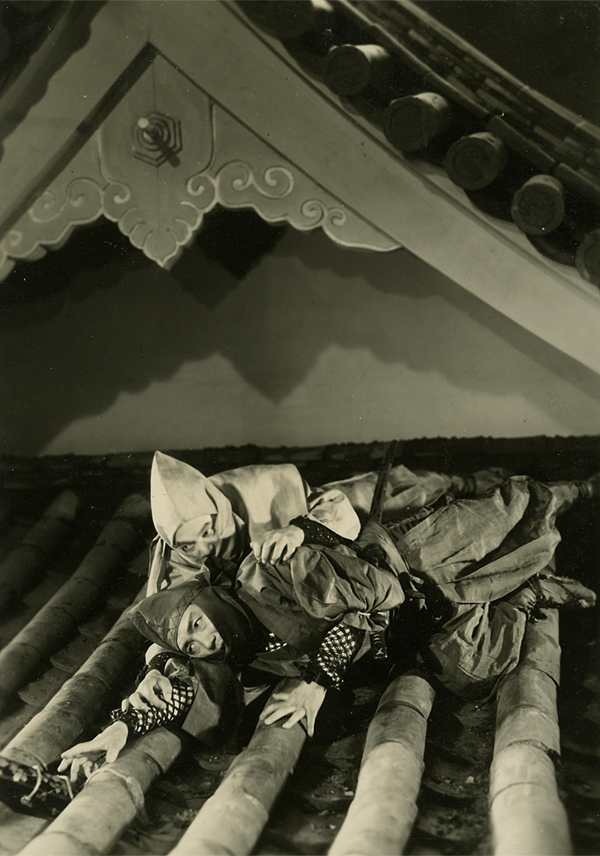 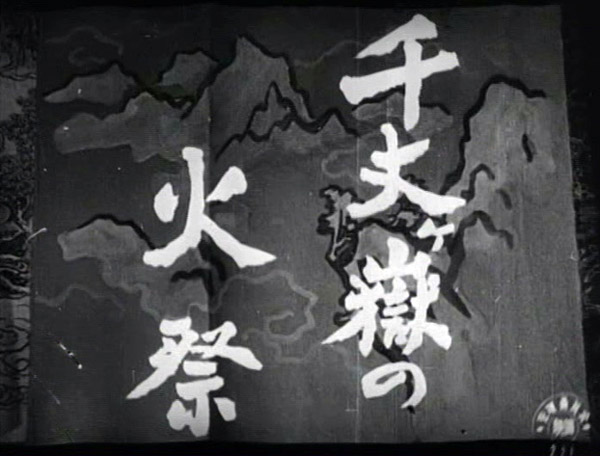 Sarutobi Sasuke Senjogadake no Himatsuri was a 1950* Daiei production that for its time is surprisingly well rounded in its genre credentials. There’s plenty of hooded commando action, shuriken flying in the trees, some elemental magic summoning, and a stunning kunocihi to boot. I have embarrassingly little hard data on this flick, and have only seen a non-subtitled inky-as-hell print, but here goes:

Fujita Susumu, a prolific actor whose career spanned essential jidai-geki, kaiju and WWII films alike, stars as a Sasuke more in the Samurai Spy vein than in the often seen trouble-making kid or outright sorcerer variety. Over the course of the film, he struggles with black-clad ninja rivals (the main baddie played by vet Tsukigata Ryunosuke I believe) and negotiates a love triangle with a his noble village sweetheart and a kunoichi who although pledged to do Sasuke in inevitably falls for him. 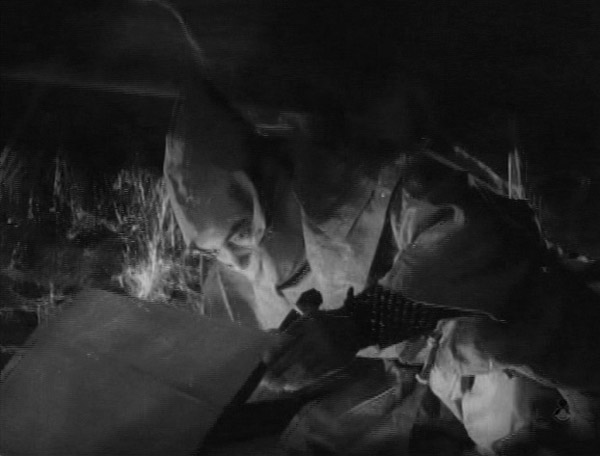 Gathering what I can from my front row seat behind the language barrier, seems Sasuke is pursued by ninja who assume he’s guilty of killing their elder on the battlefield and stealing his secret scroll. Truth of it is, the old man saw Sasuke as an honorable warrior, and before dying of natural causes, actually entrusted him with the treasure as his last act.

I am completely SMITTEN with the conflicted kunoichi sworn to kill the man she’s slowly falling in love with. (The credits list two actresses: Chieko Soma and Minagawa Reiko, I just don’t know who’s who.**)

But par for the rules of genre, vengeful ninja women NEVER get the guy and live happily ever after. There’s always the ‘princess’ figure, in this case a local gal Sasuke’s hooked on, whose loyalty, chaste and general tolerance for damsel-in-distressdom is ultimately rewarded. 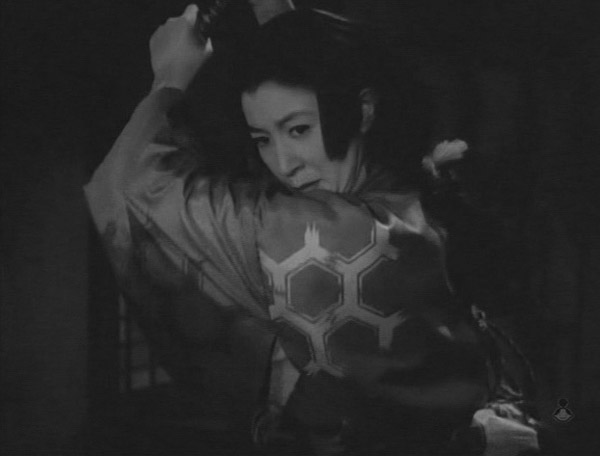 Some wacky wildlife in this film, too. The credits use a cockfight to symbolize the duel about to transpire. Various ninja slip lizards and snakes into bedrooms to herald their appearances. Sasuke uses a couple dozen toads as his calling card. Alas, they’re just regular plain old toads. No laser horns or flame breath or growin’ humongous… Handsome fellas though. 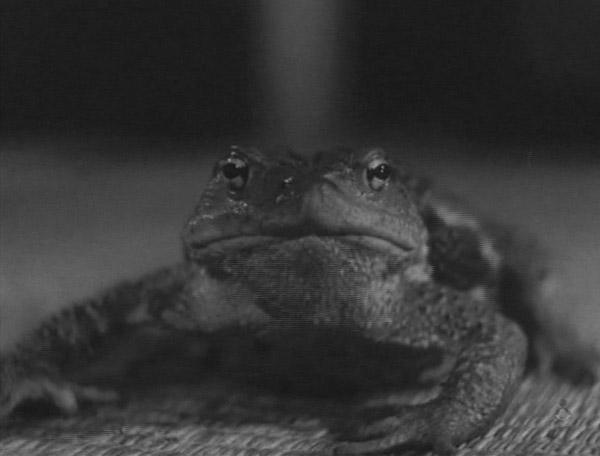 Hey, swing on back to VN tomorrow for a HUGE batch of caps from this way-too-rare film. TONS of hooded combat and some damn clever shinobi-cinematography, too!

Sarutobi Sasuke Senjogadake no Himatsuri is not even available in Japan, however you can buy it from Kurotokagi‘s non-subbed DVD-R lists here.

*I can’t confirm this date, and wouldn’t be surprised if it was a bit latter in the decade.

** Any kanji reader willing to take a look at caps of the credits, you’d really be helping a brother out. Send an email to unknownpubs (at) Yahoo (dot) com.