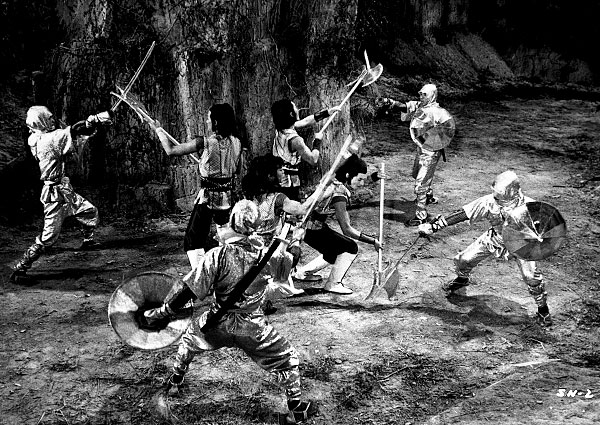 The garish and gory Shaw Bros. shinobi slaughterhouse Five Element Ninjas (aka Chinese Super Ninjas or in this case just Super Ninjas) is a familiar to readers of this site – we spent a week on the film a while back. These are English-language market B&W press stills, which I scored on 8×10 negatives. I was really excited upon initial inspection of these in the shop, as such large format negs should yield astounding results. But alas, they ended up being rather poorly reproduced from optically transferred positives that probably weren’t that great to start with. They’re contrasty as hell, grainy and have that slight lack of sharpness that comes from even the best photo process reproductions.

Alas, until I can raid some far away Hong Kong filing cabinet for better copies, here’s what I managed to salvage: 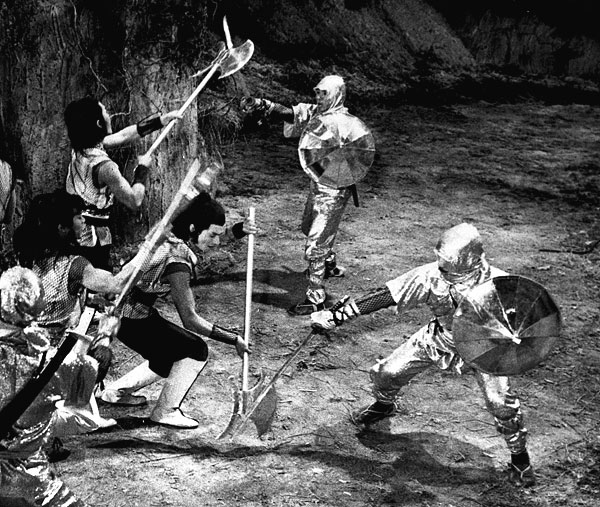 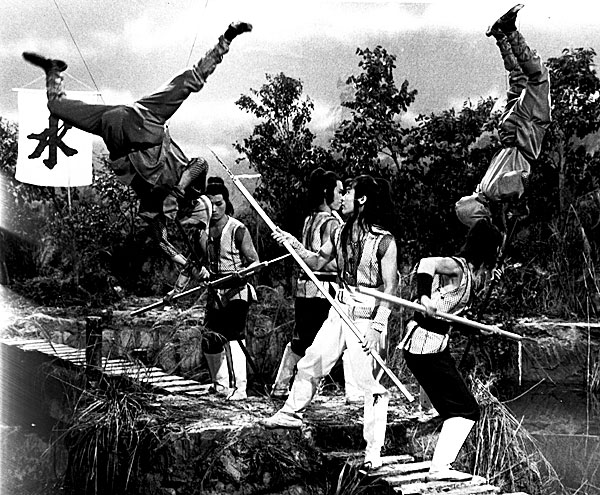 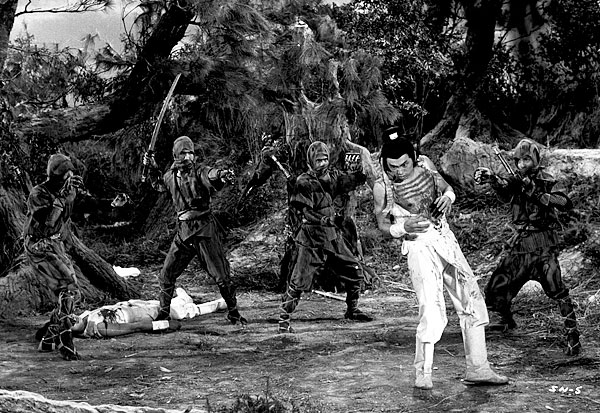 It’s no secret here that I loathe camouflage ninja suits, but the bark-like patterns of the Wood Ninja are actually pretty cool. 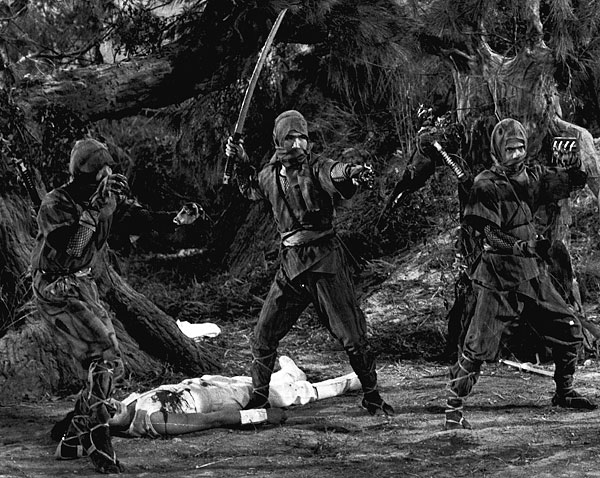 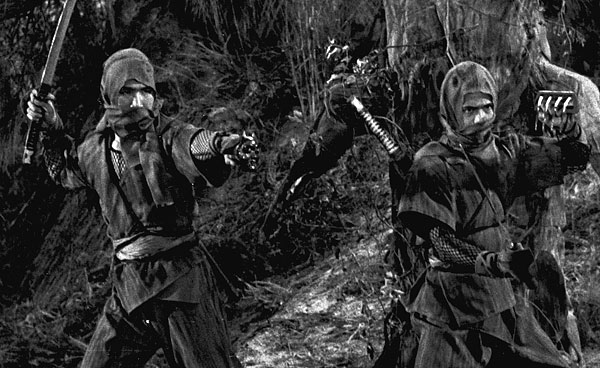 The lumber lads also had some great claw-based weaponry. 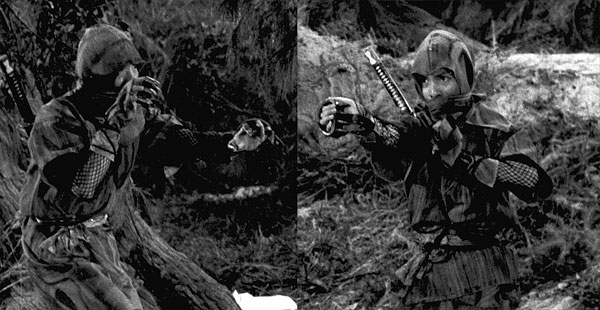 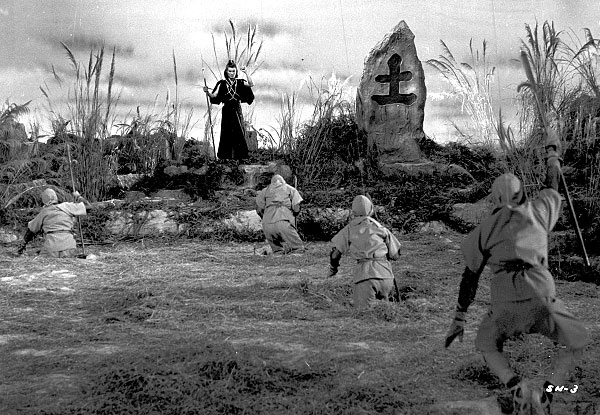 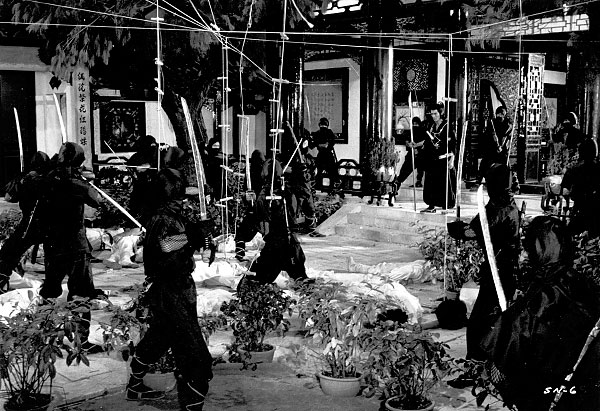 Like or hate FEN (and there are plenty of haters who don’t quite know how to watch this film wit the proper tongue in the appropriate cheek), one is hard pressed to come up with another ninja film, from any country, that put forth more effort. There are dozens of stuntmen, tons of fights and a constant balancing act between the kung-fu stock-in-trade of the Shaw studio and home markets with the imported notions of ninjutsu. The results is one of the most deliriously rewarding pieces of batshit martial cinema ever inflicted on the world… 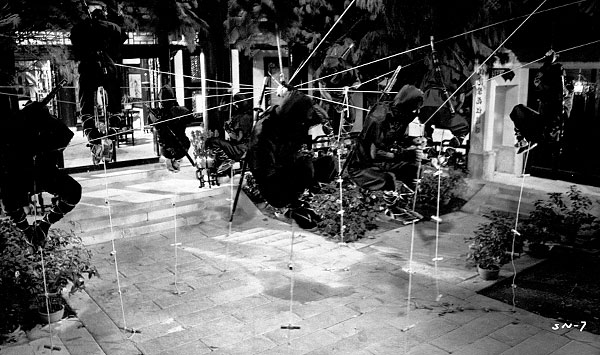 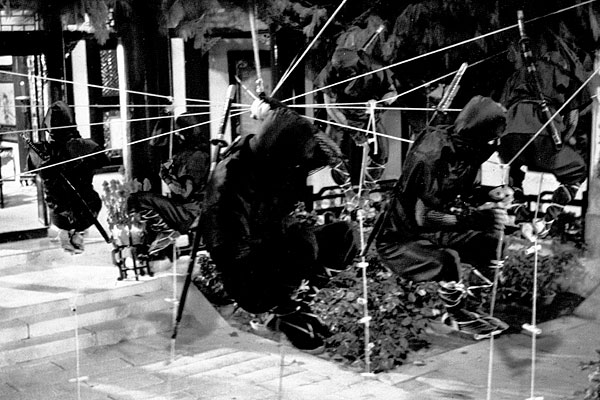