You’re not going to find better custom 1:6 scale figures and weapons than Hunter Pig‘s incredible one-of-a-kind offerings. If I was loaded, whoooo boy… 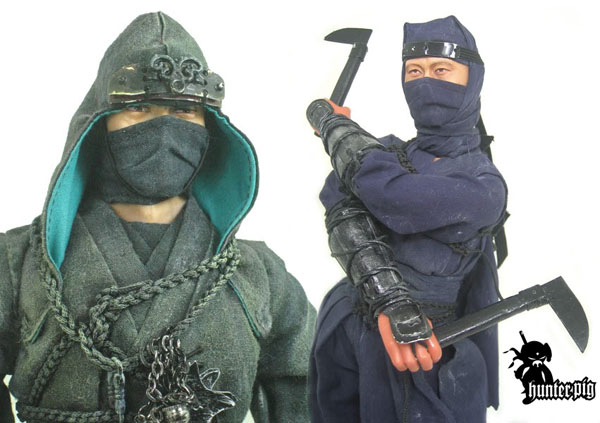 HunterPig (aka IronCrossHunter on eBay) is particularly gifted in weathering and ‘battle damaged’ armor and clothing, with some superb custom weapons as well. Just great stuff… 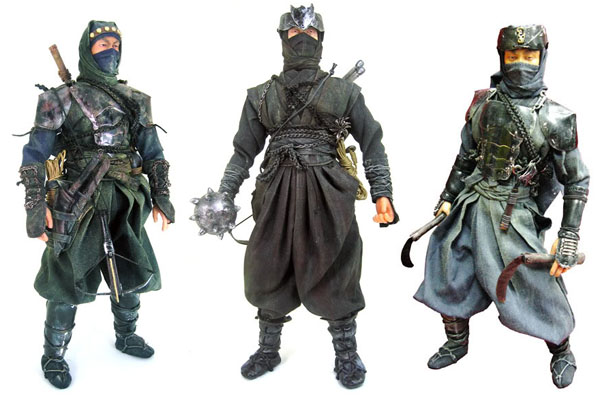 If you want to do some kitbashing of your own, the new Ignite/Crazy Owners figure is a decent place to start. 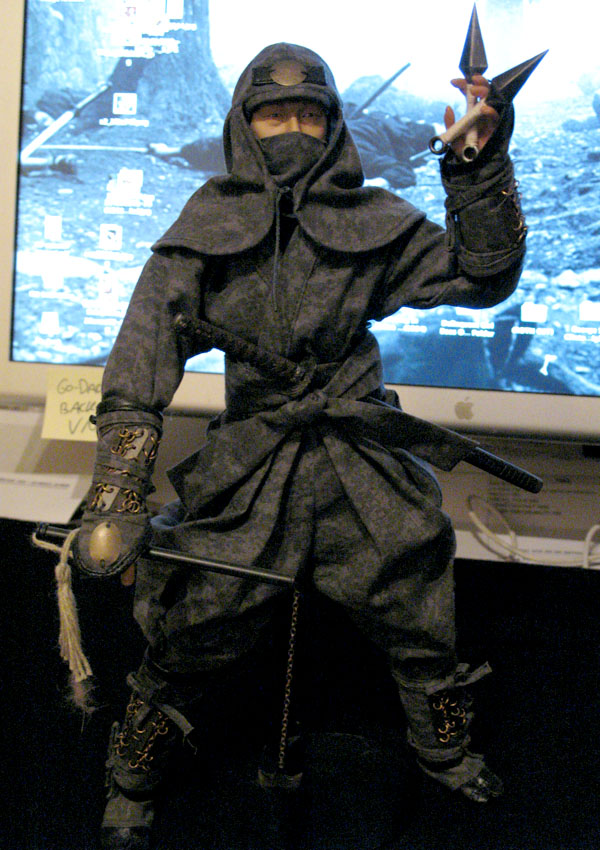 The “Martial Ninja” is available in a somewhat lame black version, and this much nicer grey ‘digital camouflage’ limited edition. The definitive write up on this piece is over at Toy Haven.

It’s not a bad figure, but the manufacturer’s ambitions were greater than their ability to execute. The head is ABYSMAL. Bypassing my misc. parts bin, I literally threw this thing in the trash minutes after unboxing it, replacing with a head from a BBI ‘Saburo’ WWII Japanese officer. The grey version has a ‘Hanzo’ style hood compared to the black’s more typical design, and it looks great with well-painted eyes peering out. 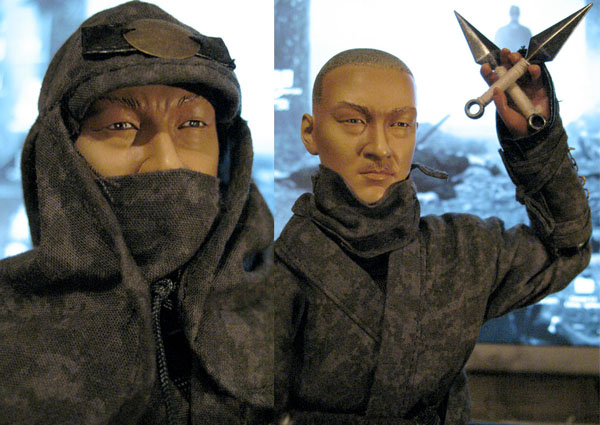 Now normally, I absolutely loathe camouflage ninja gear, but this pattern is subtle enough to look more like a naturally aged/mottled textile. With the new head and some replacement weapons from ‘blind box’ collectible toy company Mononofu, I’ve got a veteran shinobi field commander I’m pretty happy with.

Only 200 of these were made, so buy now or cry later. I recommend Good Stuff to Go online, they have the figure boxed, plus tons of loose parts from other Ignite/Crazy Owners ninja figures as well as Triad’s Taki.