Lots of new readers lately, and I always love delving into the archives, exposing folks to some of the great stuff we posted back in the early years, so here’s an EXPANDED revisit of an article originally from November of 2009: 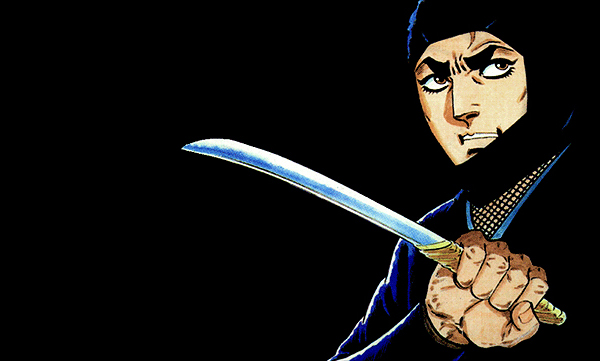 “It’s all for the taking. From the undergarments of countless beauties to the great buddha himself, an individual with the ability to snatch the clouds from the very sky!” (JManga) 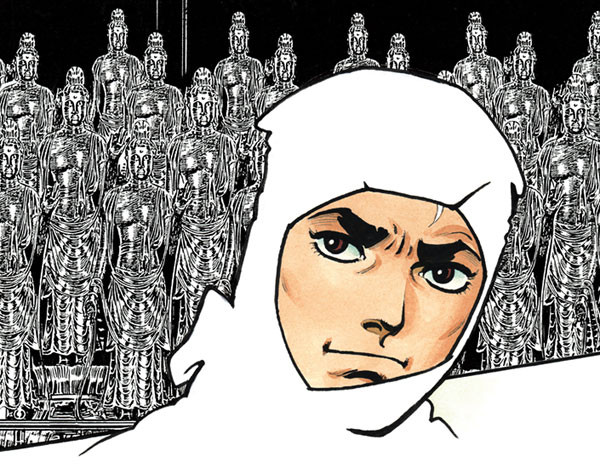 Takao Saito, best known as creator of Golgo 13, was also responsible for two ninja manga: Kage Gari in the 70’s (the Shadow Hunters, which also spawned two films), and Zanpei Kumotori in the 80’s. The latter featured a Sean Connery-esque shinobi getting into all sorts of mischief. 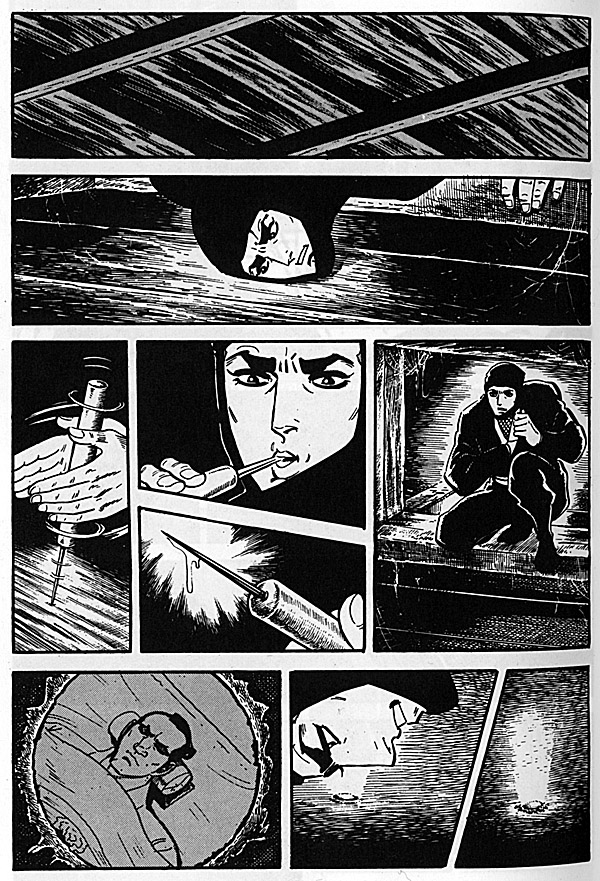 Plenty of historically credible espionage techniques on display in this series, right alongside silly stuff like giant piloted kites.

For me, that mixture of fact and fantasy is one of the ninja idiom’s biggest appeals. 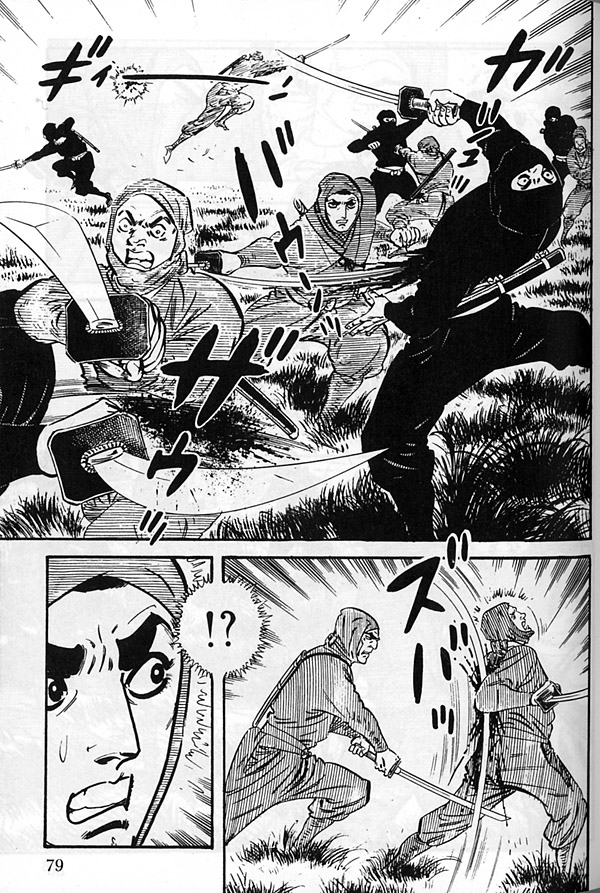 Some good martial arts action, too. There’s a lot of weapons foreshortening in the artwork series-wide. 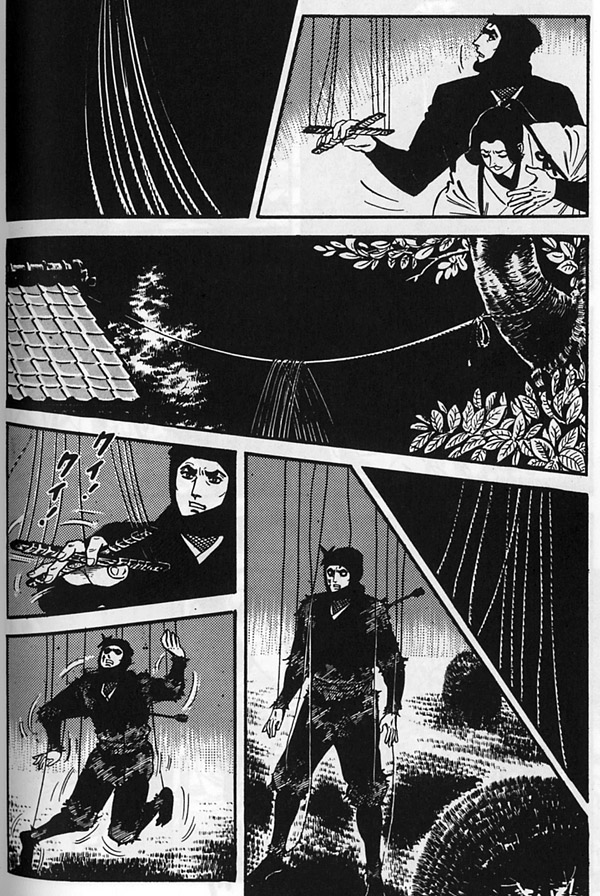 Here, the savvy spy uses a marionette doppelgänger, while getting a little grabby with a defeated female bodyguard. 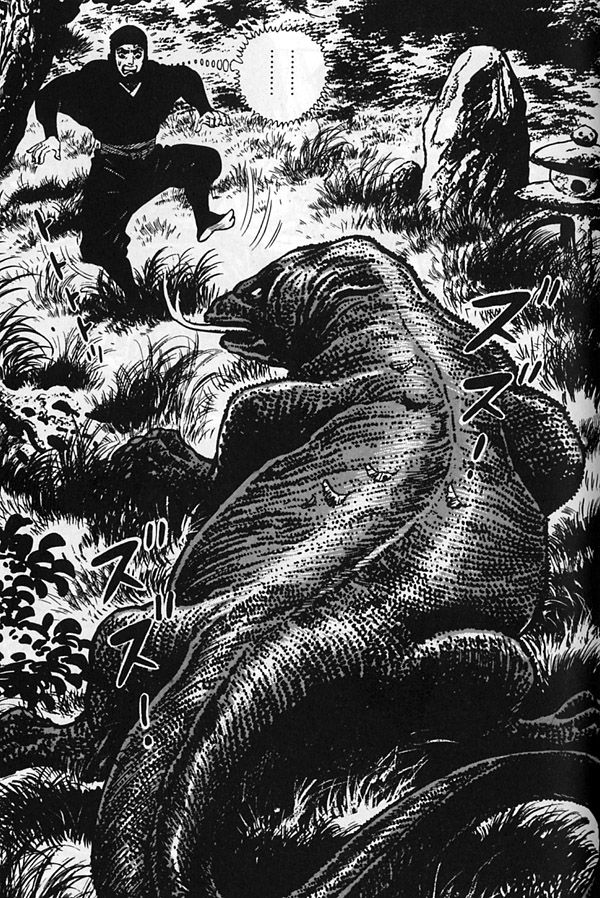 Things could get wacky once in a while, too, with an occasional mutant supervillain or (in this case above) a GIANT Komodo dragon thrown into the mix. 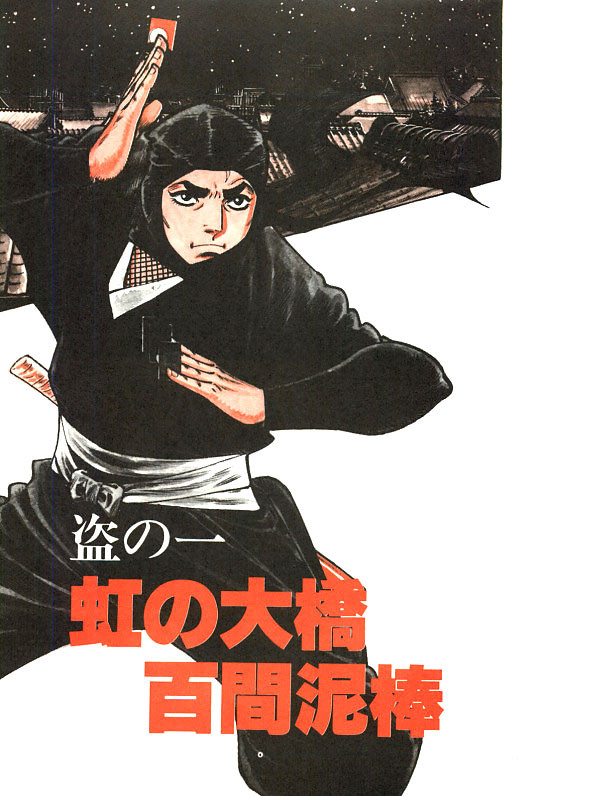 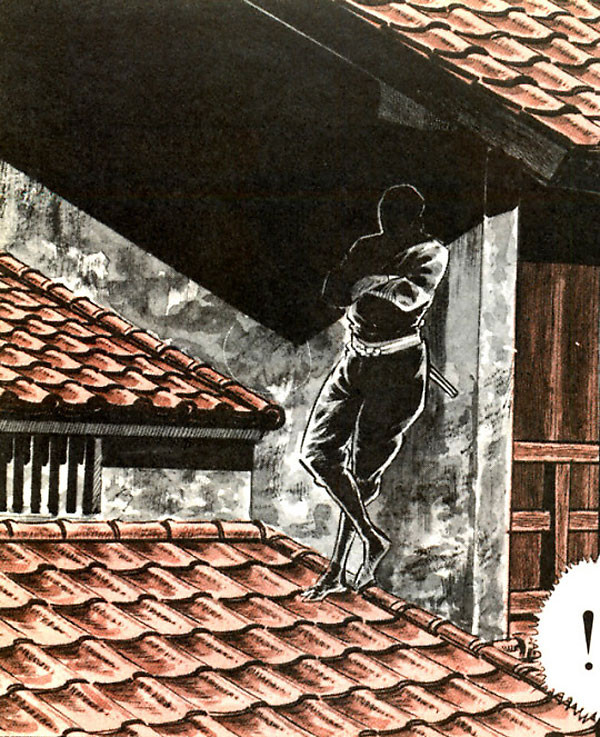 How great is this composition!!!

I dig these title pages/ads and trade paperback collection covers, too: 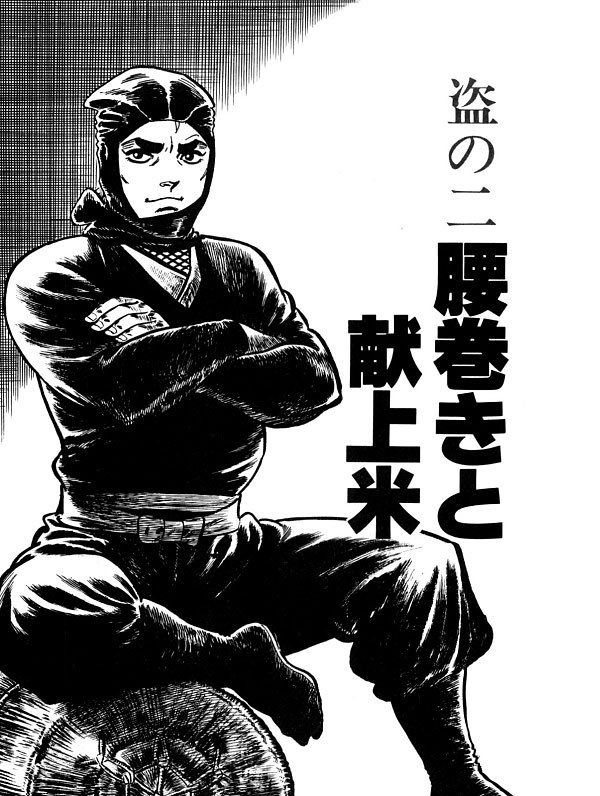 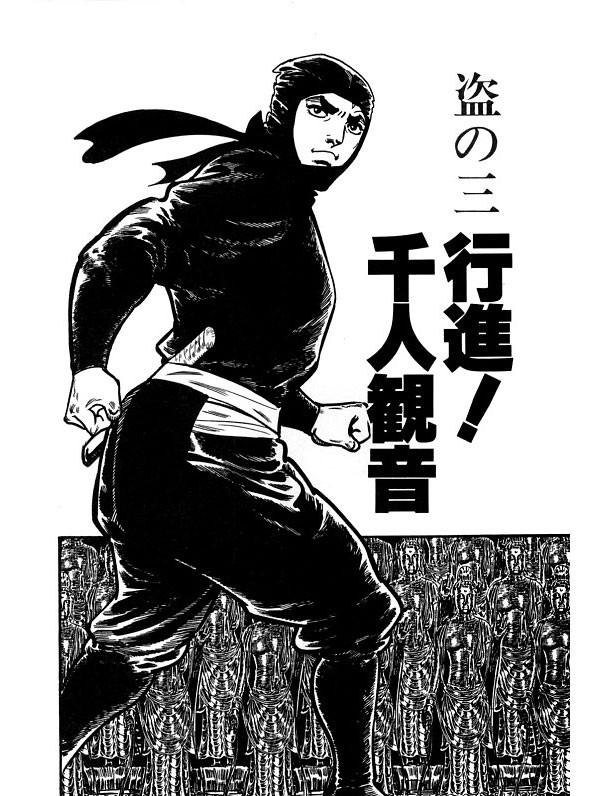 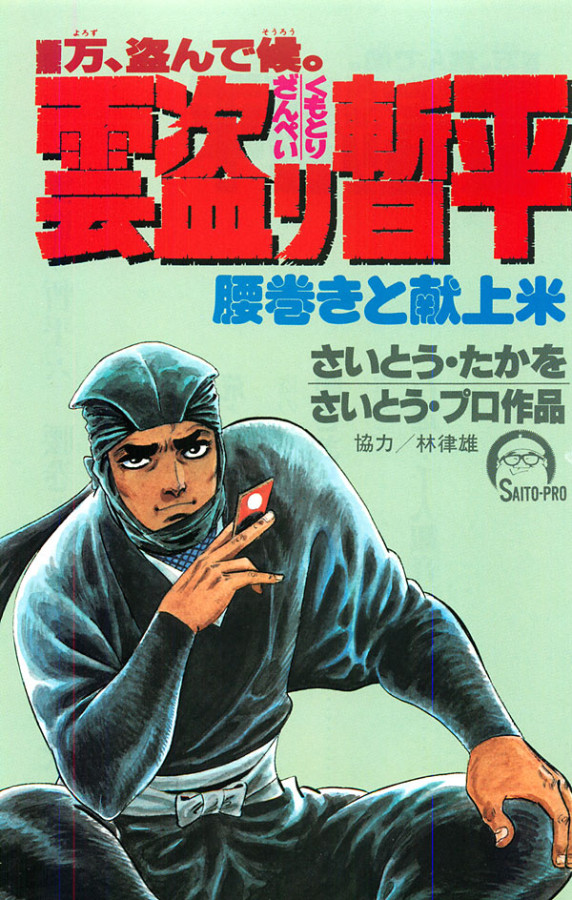 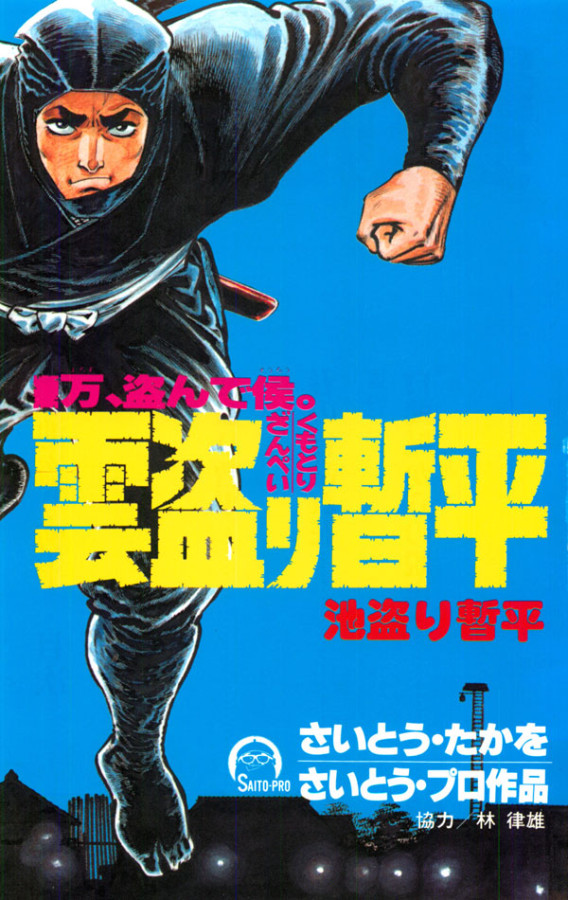 Zanpei Kumotori wasn’t exactly revolutionary or even a genre milestone, but it had a lot of that Golgo tone and swagger (you can just hear the jazz and funk soundtrack that a film adaptation would have had while flipping the pages), with enough meat-and-potatoes ninja action to be a hit for years.

Well worth the effort too track down…