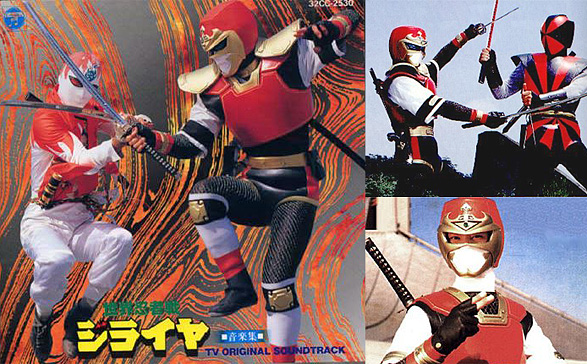 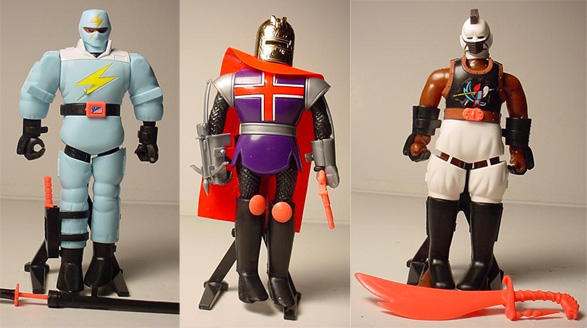 Jiraiya’s plot unfolded over 50 episodes; a ninja family entrusted for centuries to guard the secret of an alien treasure races against an ancient demon to unlock its considerable powers. Complicating matters is a colorful cast of international ninja with mixed allegiances — a superb plot device said to be inspired by the Seoul Olympics.

In-dojo training sequences with Togakure-Ryu grandmaster Hatsumi and appearances by several of his ninjutsu students give this show a unique quality. Mixed in with the genre-requisite explosions and decorated vehicles are some genuine martial arts. This kids’ show may have been the most Hatsumi and the Togakure were involved in a media property since their genre-defining technical advisory role in the Shinobi-no-Mono films.

Starting tomorrow, we’ll have a pile of pages from a nice photo book of the series, showing both some timeless tokusatsu designs and some hopelessly 80’s fashions. 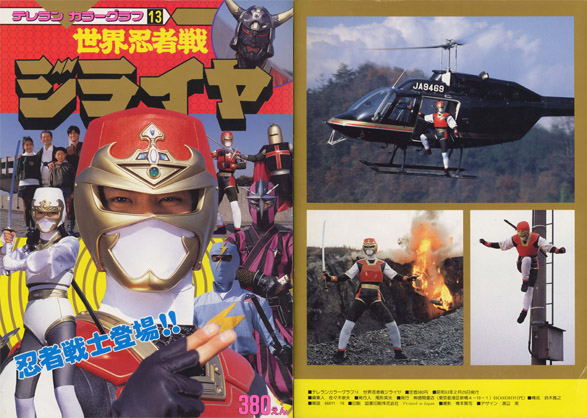 Meanwhile, there’s a nice show gallery at the French-language Space Sheriff blog and a brief write-up on the American toys at the PrimeTime Toystore.