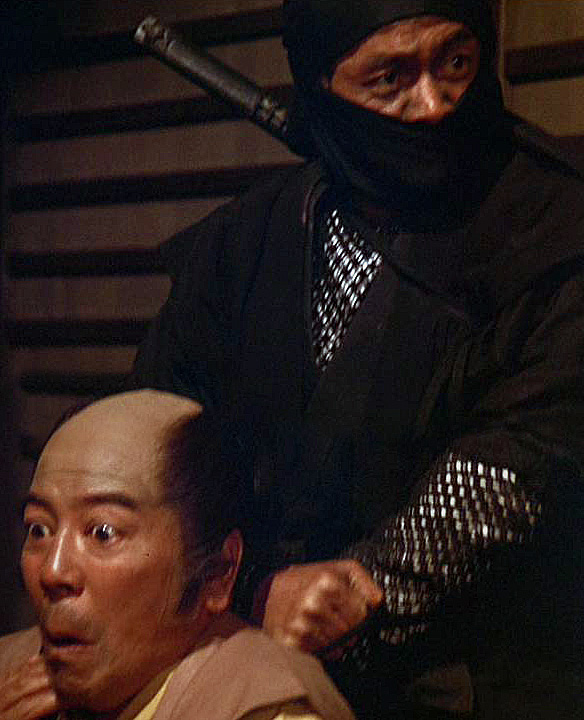 Three decades of video trading and niche releasing have given us a much wider view of world cinema since 1980’s Shogun, and its easy to look back on it with a snarky laugh or two now. Plenty of stereotypes and simplifications of complex history and culture. And the gong! You can play a pretty devastating drinking game by doing a shot whenever the cliche gong sounds in the ham-fisted score. 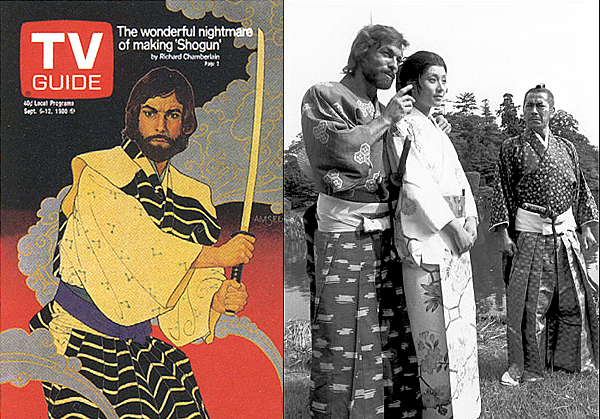 But the more familiar you become with Japanese cinema and TV, the more you can look back at the mini-series with a whole new appreciation… for the production designers. Being the first American major caliber period-piece shot in Japan, the producers knew they were potentially in over their heads and made some very good decisions with what to simply rent outright from their established co-producing studios. So one sees some very familiar jidai-geki exteriors, back lot sets, castle chambers, etc. Same with all sorts of weapons and costumes. They didn’t try to reinvent the wheel, they knew the Japanese had it right for decades, and their tried and true stuff would be new and exotic to the American audiences. 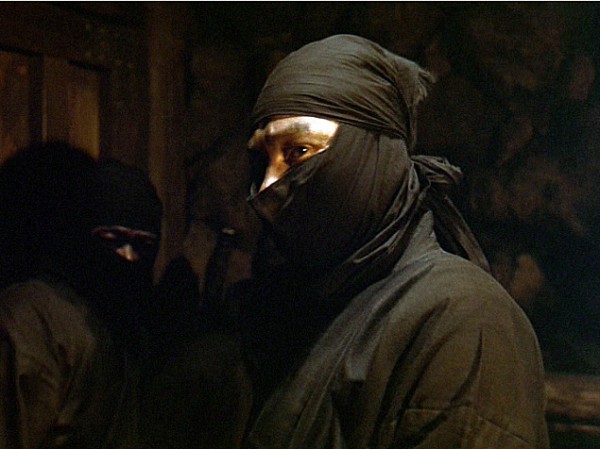 To that same end, they also bought some off-the-rack ninja gear and went to town on two scenes that while old hat to us with our 2010 perspective on an increasingly familiar pedigree, were downright radical and influential at the time. Nothing we produced here in the next decade of the craze was nearly as authentic as these brief shinobi cameos.

Shogun re-aired a few times during the mid 80’s craze, and a condensed version came out on VHS. I remember actually guffawing at the ninja costuming at the time, preferring the more 80’s-fashioned skin-tight satin look of Sho Kosugi’s superhero ninja. Looking back now, this gear is right out of an episode of The Samurai or countless ninja movies of the 60s – 80s. Dumbass! 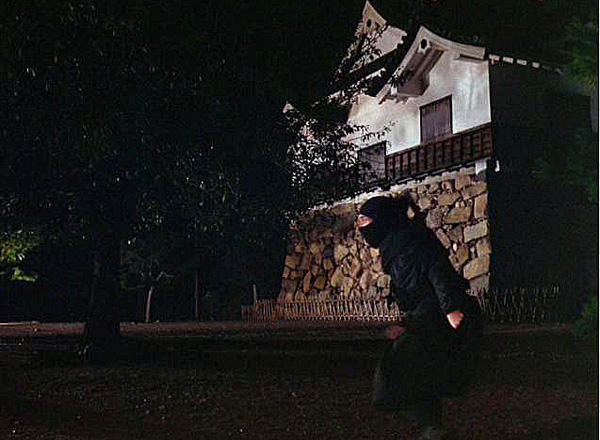 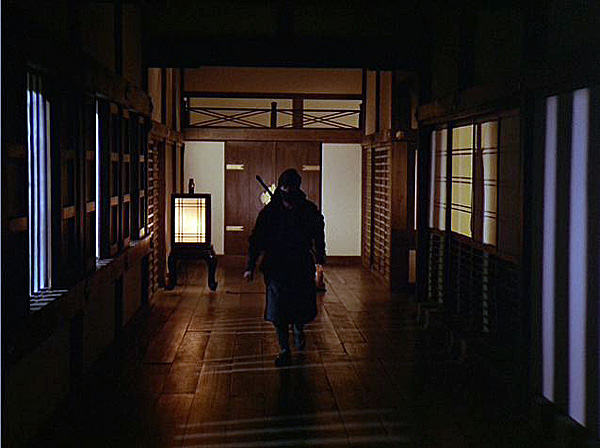 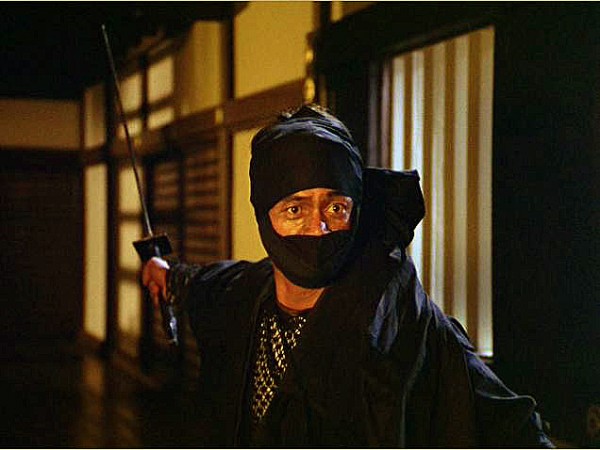 The notion of the ninja as shadowy merc assassin was introduced and cemented to a massive mainstream audience right here. The word was now household, the black night gear iconic. Basically, the vocabulary that allowed the craze was laid down for millions of TV watchers, and the rest is history.

Makes me think of a similar production situation that 25 years later produced nowhere near as satisfying result. The makers of The Last Samurai crow-barred a rather ludicrous ninja scene into a narrative set centuries past the height of shinobi military activity, with American prop designers giving the assassins European crossbows and shiny square-guarded straight swords right out of an 80’s Asian World of Martial catalog. Such a big budget, so vast a studio resource, yet no one seemed to sweat any sort of historical (or cinematic) research.

The difference between Shogun and Last Samurai‘s ninja? The former’s budget-concious rented gear gives it a Japanese sensibility, and what in the era of subtitled Shinobi-no-Mono DVDs on every ninja fan’s shelf we can now recognize as classic to the genre. Samurai‘s scene is executed with a pure American slant, and comes off as serious cheese in an already insufferable whitey-centric jerk-off of a film.

After we saw Last Samurai, my friend Nathan Long (writer of Kamen Rider: Dragon Knight) commented that the same film, scene for scene, same script even, but shot in the 80’s with Sam Elliot and Toshiro Mifune as the leads would have been one of the greatest movies ever. Gotta think that ‘what-if’ of a dream film would have had a gratuitous and amazingly fun Japan Action Club ninja beat down, too! And yeah… greatest movie ever…