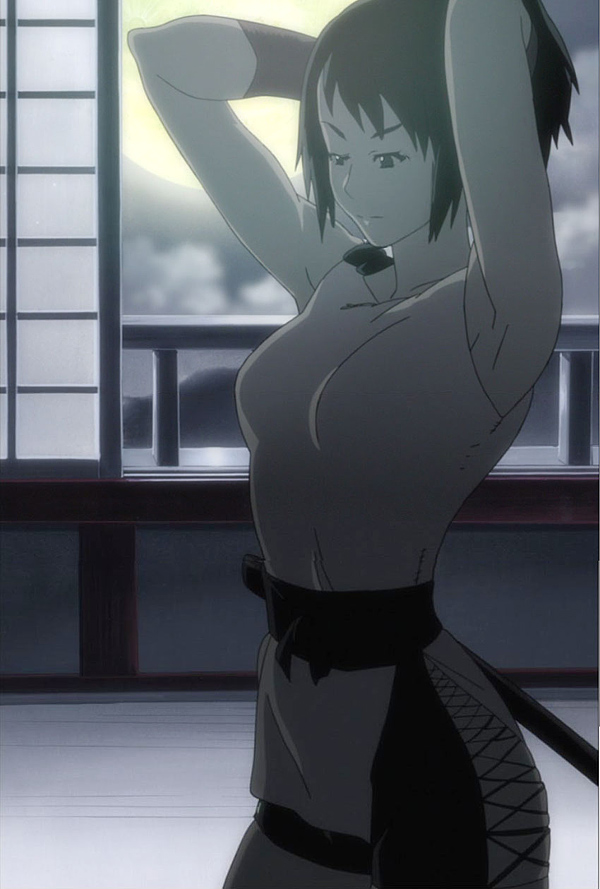 I was a huge mark for Cowboy BeBop, but the creative team’s follow-up series failed to make the same impact with me… until Episode 15! In “Bogus Booty” the wandering trio of Mugen, Fuu and Jin (symbols, as were the Bebop bounty hunters, for broke and hungry animators in Tokyo) encounter a secret crime clan counterfitting gold, and two onmitsu (undercover secret police agents) trying to bring them down. 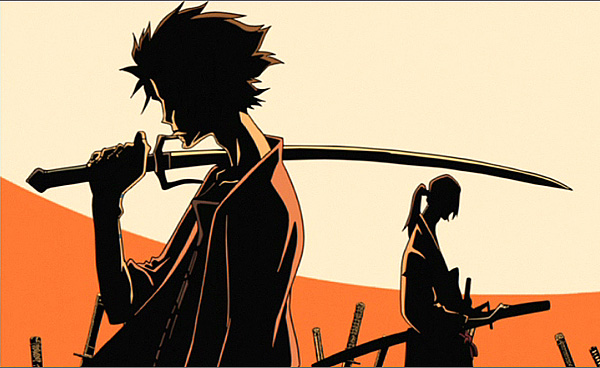 But what’s this? The forgers are descendants of the Negoro ninja and have kept the family trade intact! Luckily, secret cop Yatsuha has shadow skills of her own, and even luckier – Mugen wants to get in her pants so bad he’s willing to beat the shit out of all the ninja on her behalf. Makes for some INCREDIBLE fight scenes!!! 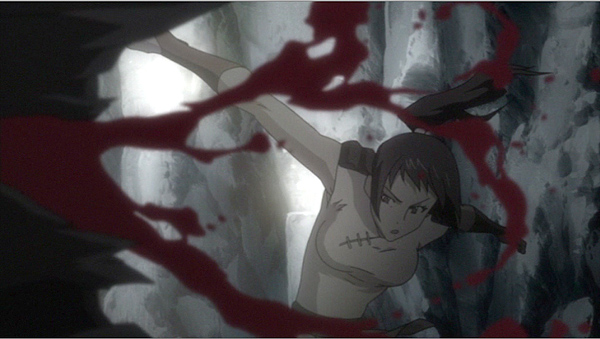 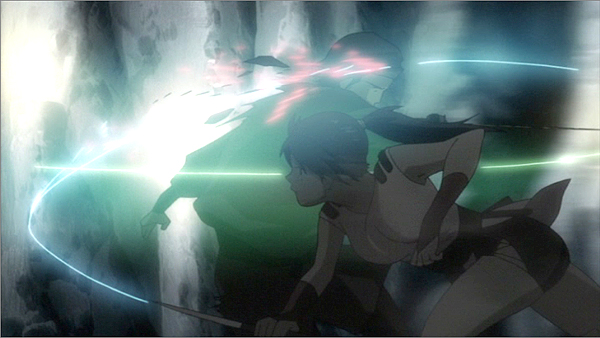 Champloo was a series based on fusion, laid on a foundation that mixed classic chambara with modern dialogue and hip-hop music. “Bogus Booty” is a tribute to anime ninja conventions (formation running attacks, tree-top fighting), with character right out of a 70’s Onmitsu Doshin episode. She wears a modern take on sort-of-Chinese period clothing, but uses Japanese weapons and martial arts. Great stuff.