These grocery store / pharmacy register tchotchkes were obviously for kids, despite being branded with the an R-rated film’s imagery. A “two-penny-toy” manufacturer called Fleetwood produced these in 1985, along with a blowgun target set and a Masters of the Universe-scale generic ninja figure with similar card art.

Interesting that they carry the logo of the decidedly non-kid-friendly film studio Cannon, meaning Fleetwood actually paid to use the American Ninja monicker. Can’t think that they sold any more of the these than they would have by saving those fees and going with simple generic ninja art. 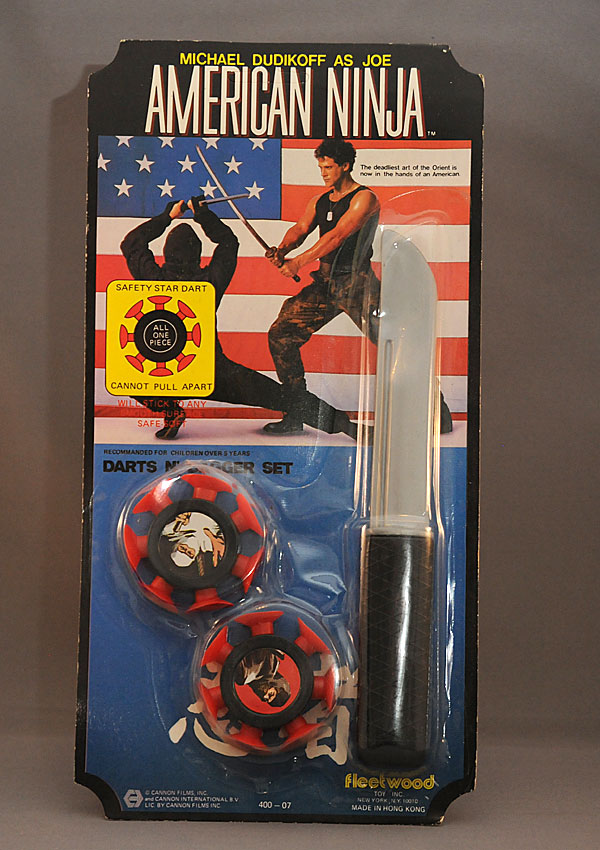 I dig the sketchy brush art used on the decals of the rubber suction shuriken. The hollow cheap plastic knife was molded off a popular piece of training equipment common to dojos in heavy rubber form. 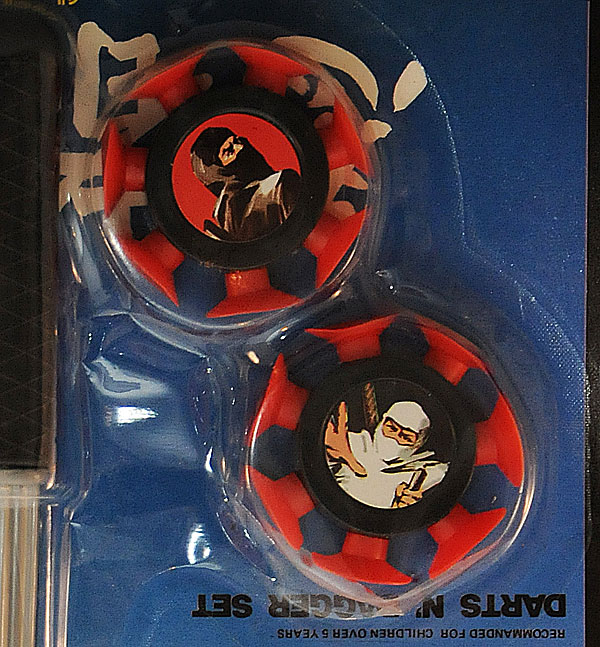 This rubber stamp set shows more of the above art, influenced by both Enter the Ninja and GI Joe‘s Storm Shadow I imagine. 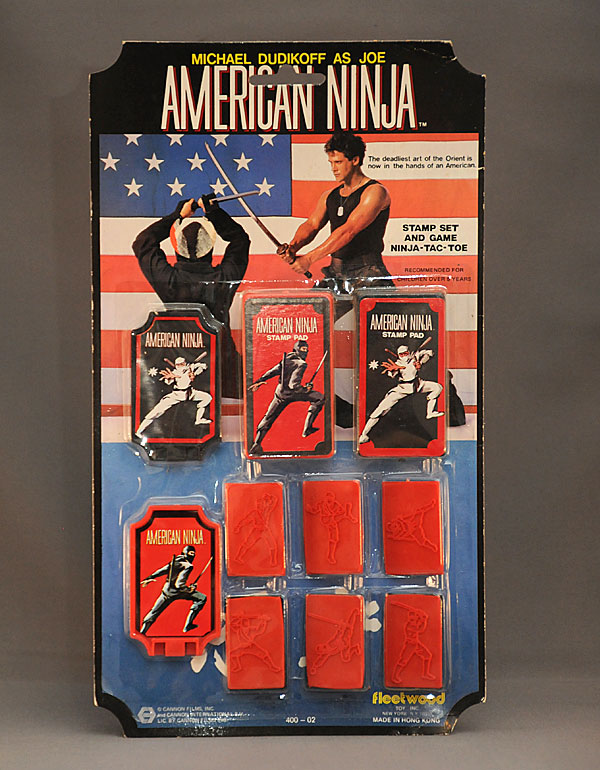 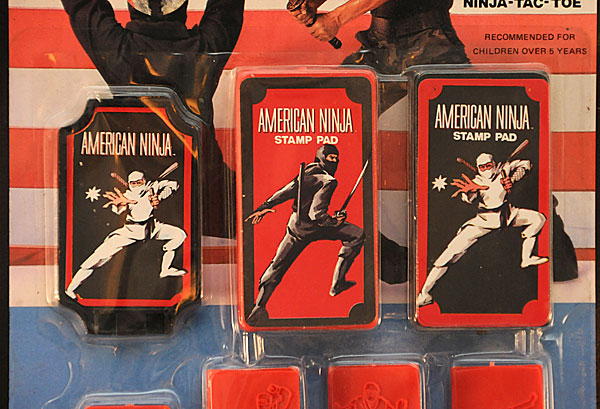 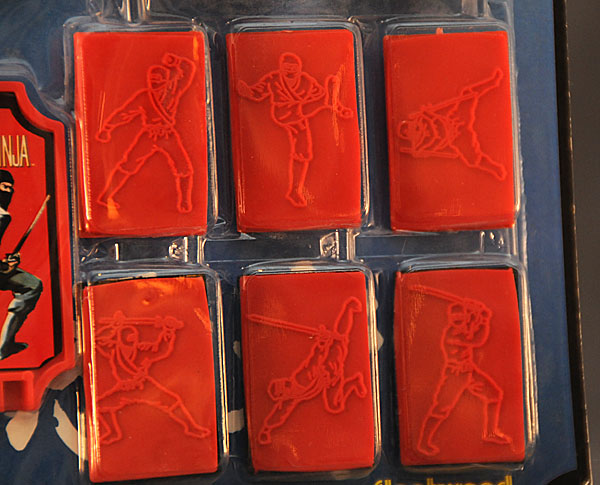 Think they paid Michael Dudikoff anything for his name and likeness?