…and it being horror-themed Halloween month, we’d be remiss in not throwing a shout out to what was the most ambitious of the 80’s Canon flicks, Ninja III: The Domination. 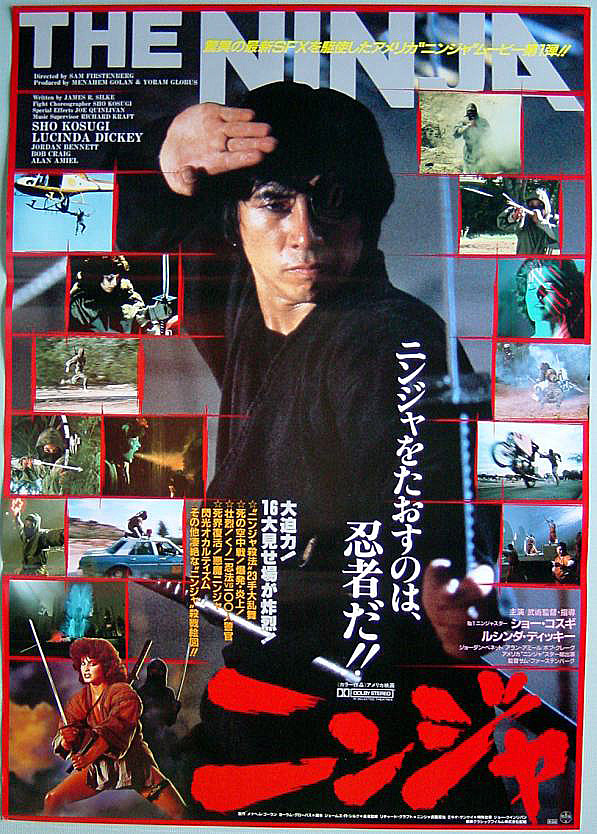 The delicious desert that was Domination was part Kosugi ninja vehicle, part Exorcist, with a little Flashdance thrown in and a thick, sugary frosting of 80’s cop revenge cliches topping it all. Sho Kosugi wore the Jubei eyepatch, Lucinda Dickey avoided another Breakin‘ sequel and got to do some kooky effects scenes, and there were possibly the best staged ninja battle scenes we saw before getting ahold of the real stuff from Japan later on. 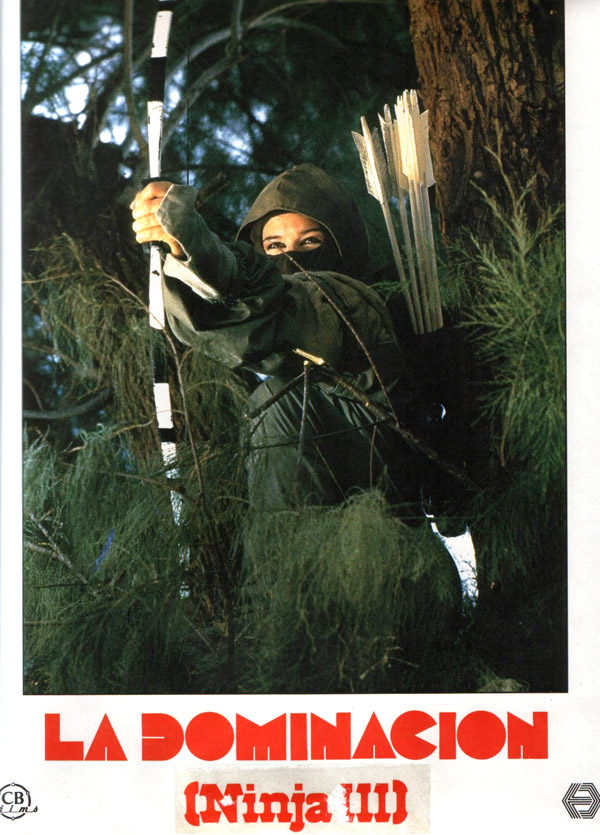 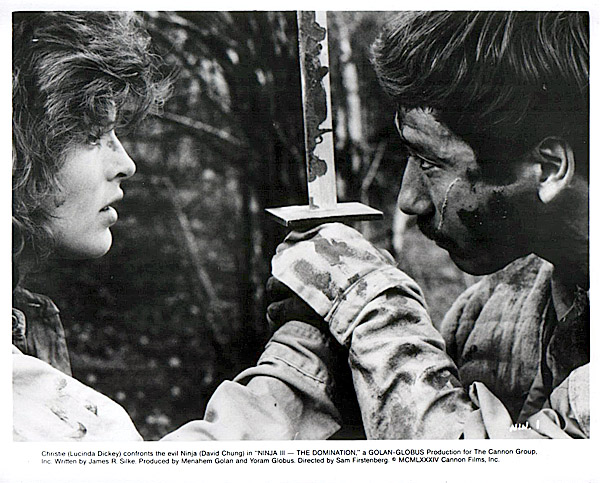 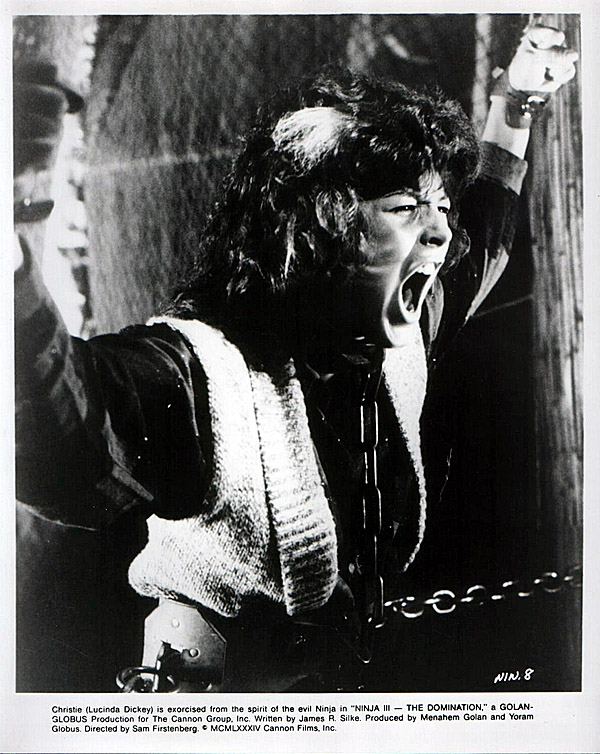 Ninja III wasn’t actually a sequel to Enter the Ninja and Revenge of the Ninja, but it certainly tied-up the triumvirate of movies that really cemented ninja films as the dominant martial arts exploitation sub-genre of the decade. Sadly, it was never topped in budget, artistic ambition or general fimmaking effort during the craze. The films got cheaper and cheesier until the genre was all but surrendered to turtles and kicking kiddies.

And can anyone explain to me why Domination and Enter aren’t in print on DVD??? Seriously…

Read great blog reviews at Internal Bleeding and  Where the Long Tail Ends, and see and read all sorts of keen Kosugi-ness at the excellent fan site Sho Kosugi: the Ninja.