You just can’t beat no-name, unlicensed ninja toy lines from the 80’s. Sometimes, low-end toy companies got a little adventurous, a little strange in their action figure design. But no one got more downright demented than ‘Select Merchandise’ did with their 1985 line “Ninja Defender / Ninja Assassin”… NO ONE!

OK, say you’re attacked by a muscley ninja in a yellow and brown safari-striped outfit. You fend him off with your trusty shoge and six-inch standing punch, but then BLAMMO! He pulls his mask off and sure enough, HE’S A WEREWOLF! A muscley katana-weilding werewolf trained in ninjutsu… Yeah, at this point, you would call it a day.

Above is the Ninja Assassin portion of the line, sans the hoods. L to R: Strykor, Werewolf, Reaper, Terminator and Pincer. I just adore the notion that a cyborg shadow or spider-headed shinobi would want to conceal their identity with a mask. ‘No one can know I’m really the Grim Reaper moonlighting as a suppa!’ 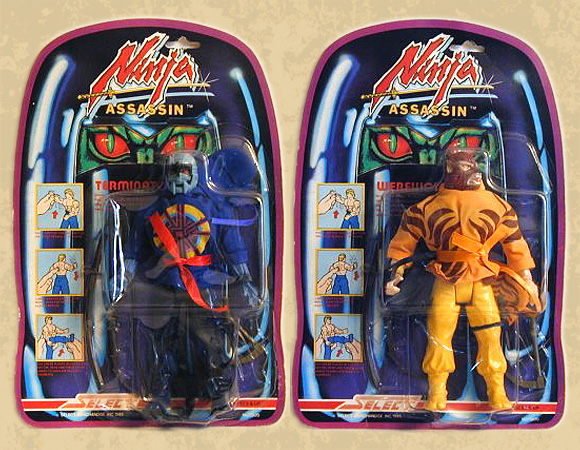 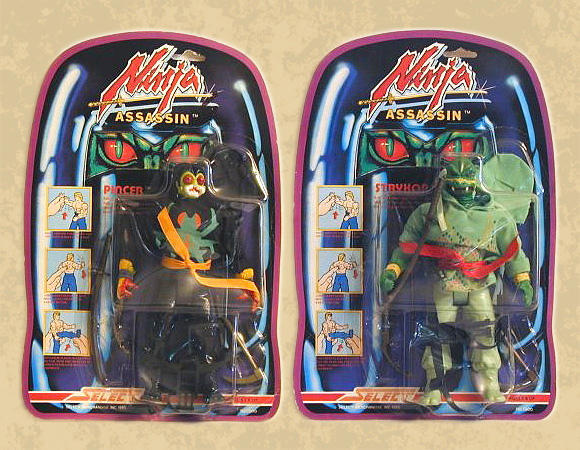 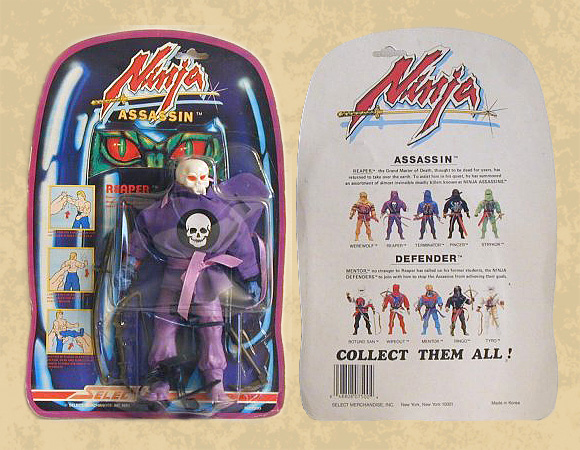 The human side of things, the Defenders, are actually pretty lame by comparison. There’s a surfer dude called Wipeout, a Rambo knock-off named Ringo, and a character with the inexplicable name “Rotund San.”

As is the case with many low-end lines, the distro was spotty and they are RARE AS HELL now. They fetch a fortune on eBay, and even compulsive ninja hoarders like me have a hard time finding them complete with hoods and weapons. Fortunately, the monsters are the easier ones to find, as they are certainly the coolest of the lot. 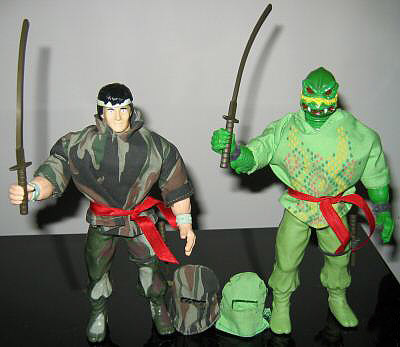