A follow-up to this post on what was quietly one of, if not the best, ninja figures of the 80s.

Bought myself a Christmas present this year, a mint-on-card Eagle Force Savitar! 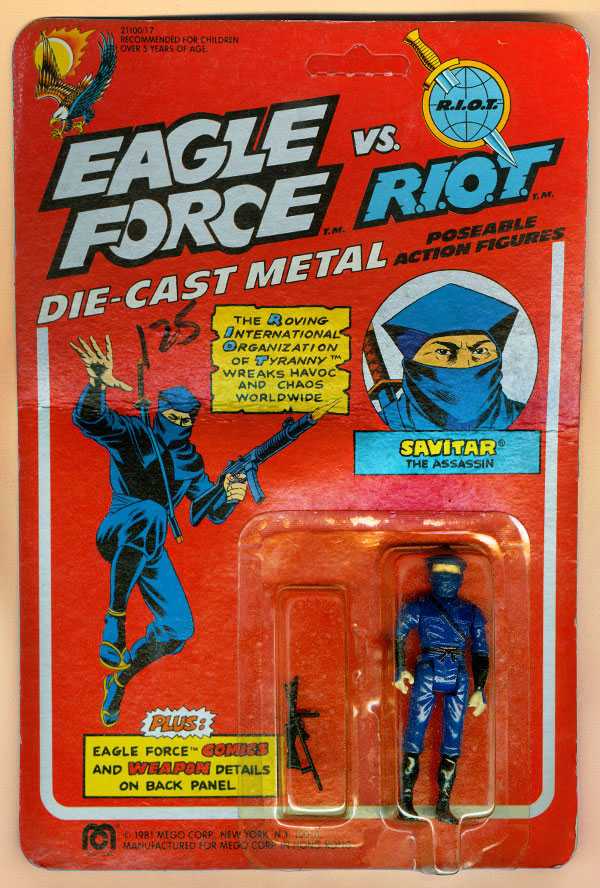 What I adore most about this shadowy saboteur is how rooted in traditional Japanese character design he is. The 1980’s saw a lot of ninja toys designed after the Sho Kosugi look in Revenge of the Ninja, plenty of bare-armed muscly assassins, and tons of cartoonish shinobi in white, red and myriad other non-stealth-friendly colors. Basically, they were as superhero as they were shinobi.

Not the case in this very early entry into American ninja figures.

Mego’s ill-fated Eagle Force line was released in 1982, but copyrighted in 1981 and likely concepted and designed as early as 1980, making Savitar as close to a pre-craze ninja figure as the U.S. would ever see. From the ‘stingray’ folded hood to the waraji rope sandals, this could just as easily be a Goemon figure from Shinobi no Mono.

I’m really curious as to what they were using as reference. 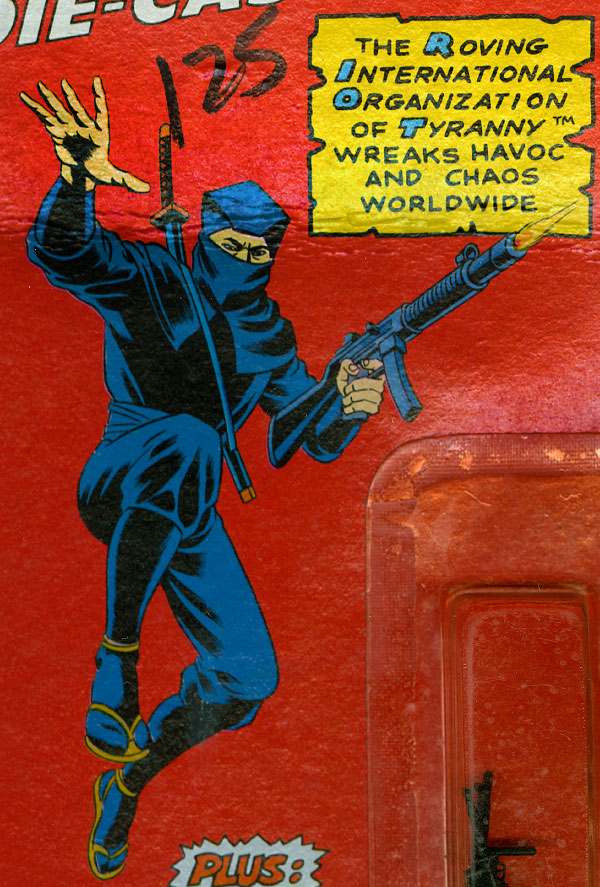 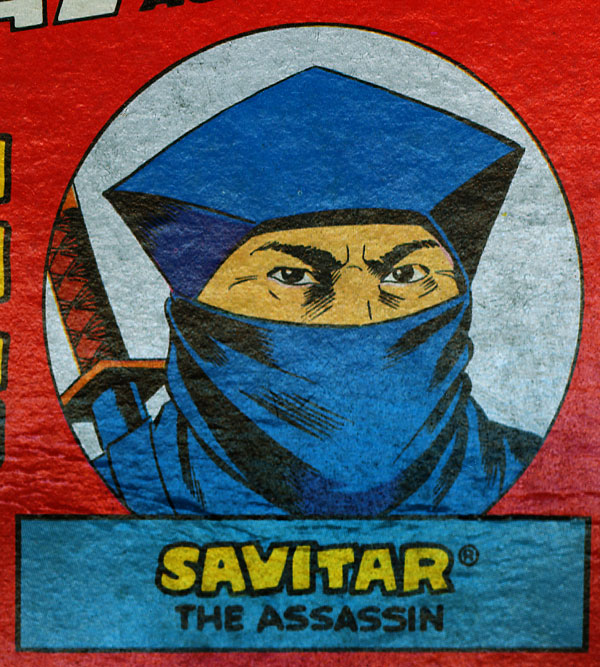 Alas, the Eagle Force 2.75″ scale and die-cast metal molding did not lend the detail to do justice to the designs. 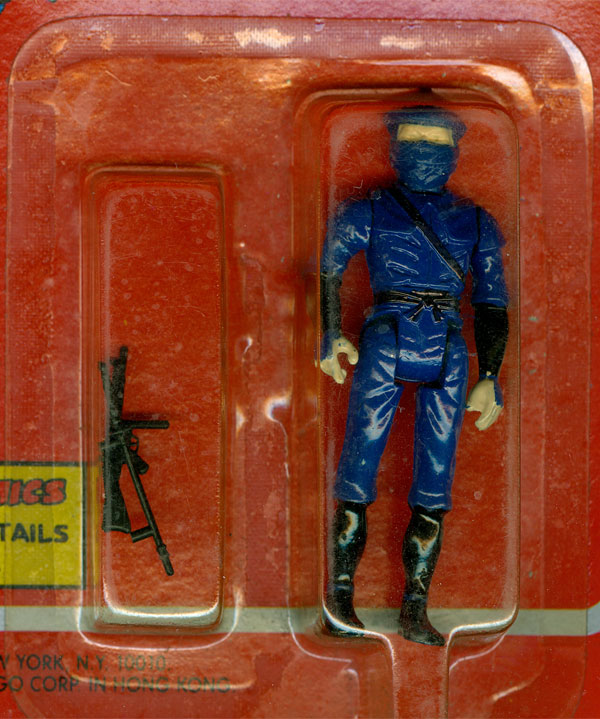 Here’s the card back, with a nifty little comic to build up the character: 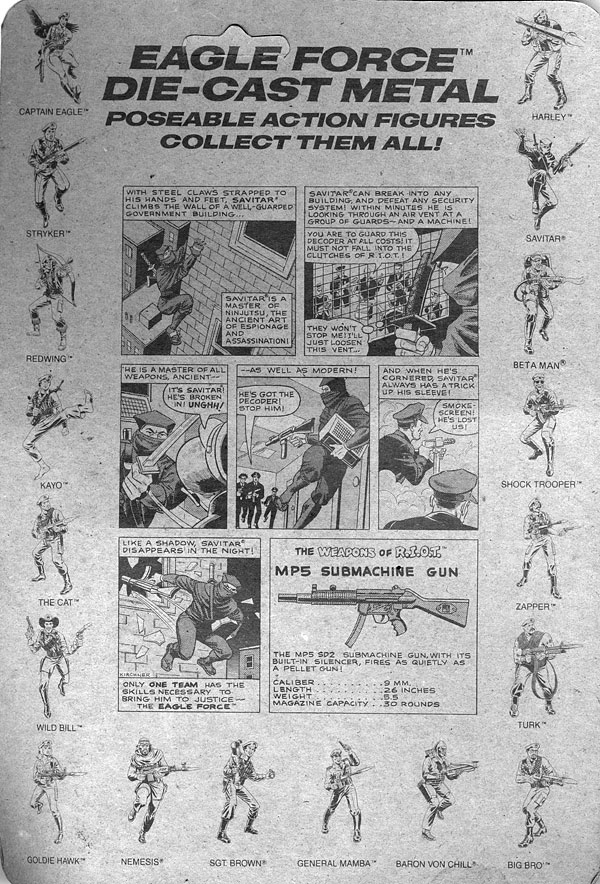 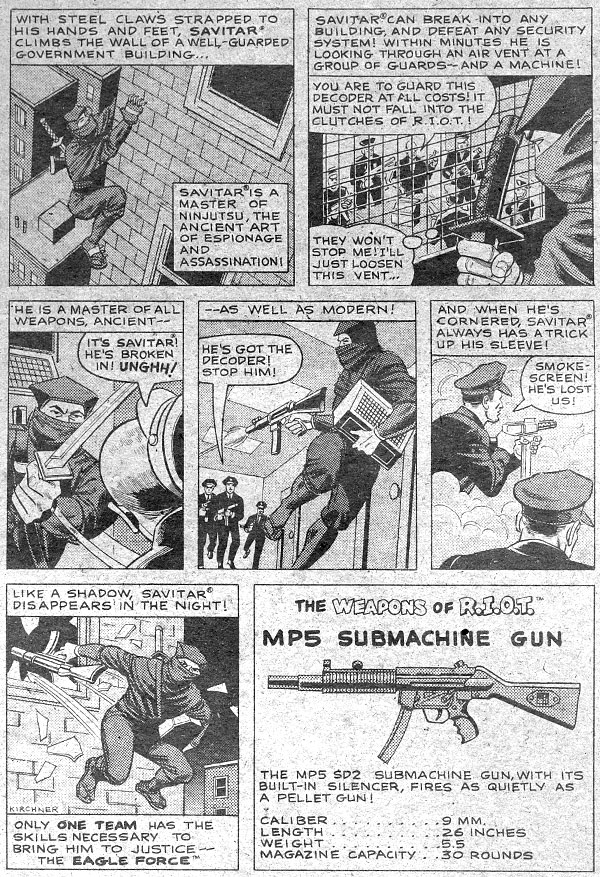 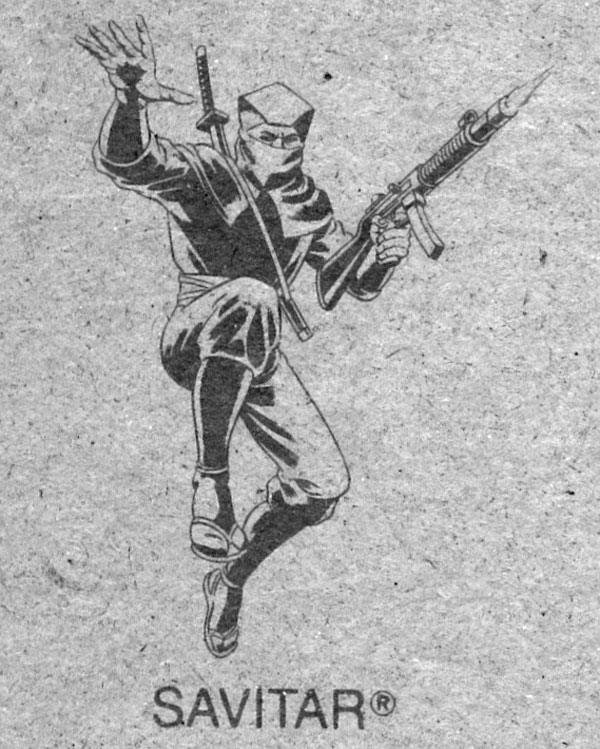 What a nice illo this is. I really dig the notion of Savitar choosing to adopt the silenced sub-machine gun, too, best of both eras and whatnot.

The heroic Eagle Force had their own on-board martial artist to counter Savitar’s shadow skills, but “Kayo the Judo Fighter” just sort of looks like a big douche. Way to not guard your inside and leave that arm hanging, Mr. I’m-Too-Cool-For-Shoes! 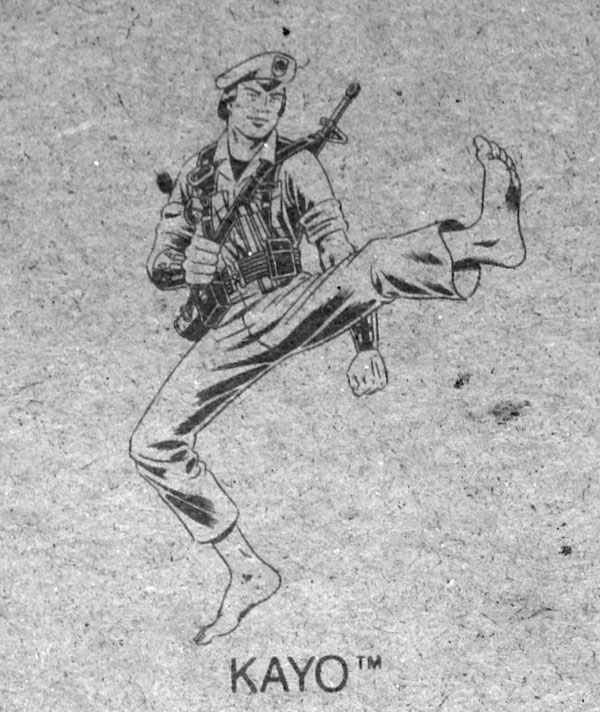 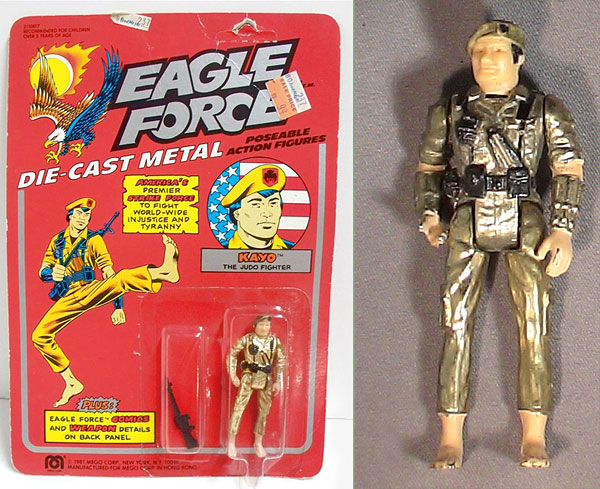 If only these figures were a more detail-yielding plastic or vinyl, and a few inches bigger, we would have had a ninja figure that rivaled anything ever done in Japan.