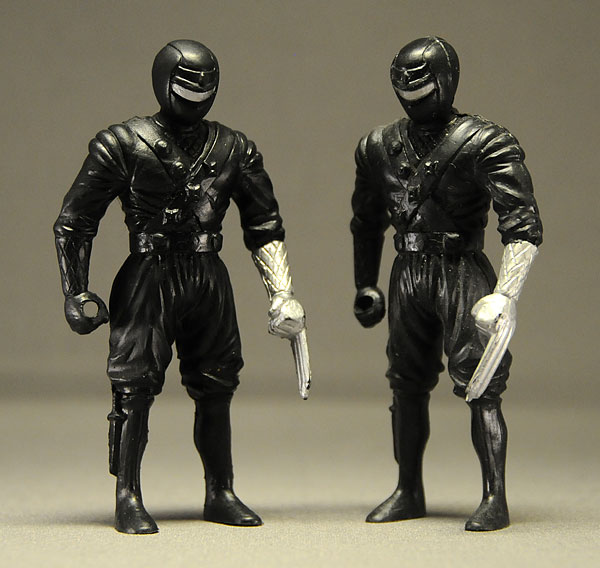 For the past 15 years or more, Chinese toy company Chap Mei have been the absolute masters at cashing-in on current hot trends — from soldiers to pirates to dinosaurs, depending on what’s been in theaters. More than merely knock-offs, Chap Mei’s take on toys is EXTREME to the max. They take a normal idea (SWAT vs bank robbers, knights vs wizards) and redesign it while on acid and meth, with 80s exploitation movies and GWAR playing for inspiration. Two-headed zombie pirates, dwarven safari hunters with bionic stilts, cannibal cave-men, giant mummies, giant-er squids, war elephants with missiles and laser-laden pterodactyls — these guys have got serious balls when it comes to boys action toys.

Chap Mei’s two recent ninja lines — Ninja: Hero of the Dark and Ninja Curse — are extreme to say the least. Hero of the Dark has an assortment of figures that look like a post-apocalyptic street gang crossed with the Seven Samurai, but riding rocket skateboards, flying wings and helicopter mech suits. Ninja Curse has Mortal Kombat-esque ninja with snap-on parts that transform them into lizard monsters and werewolves.

And all those bat-shit crazy lines hold these un-assuming little Ninja Warrior guys as their origin. 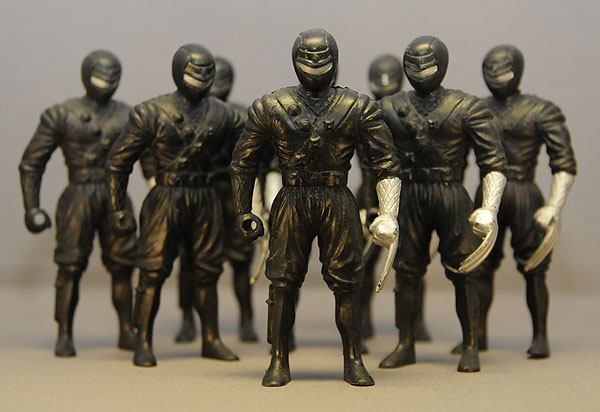 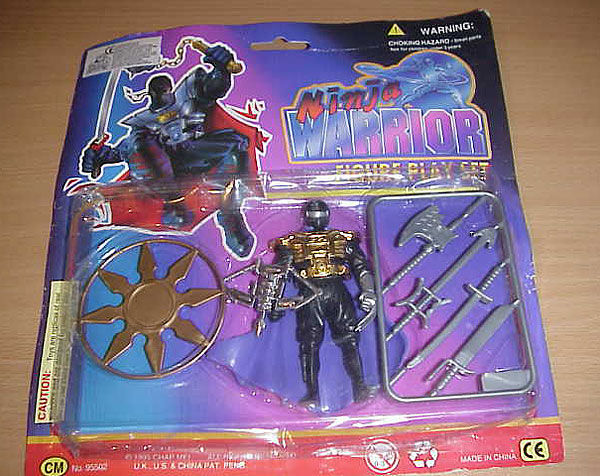 Forget all that chrome armor, colorful capes and giant weapons, it’s the core figure I just adore. This 3.75″ hybrid as much to traditional 60’s Japanese shinobi costuming as it does to the 90s Power Ranger school of design. And with a Wolverine claw, can’t forget that. 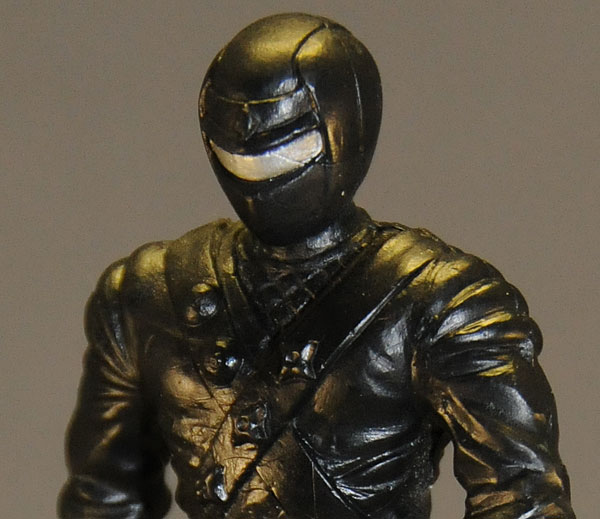 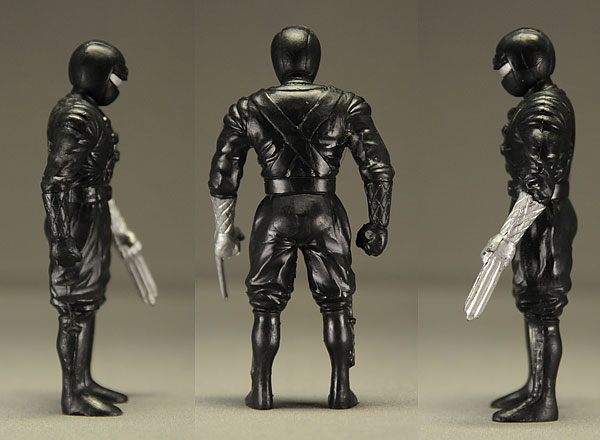 The figure came in black and a much less desirable milky-white and gold design that hasn’t aged well color-wise. 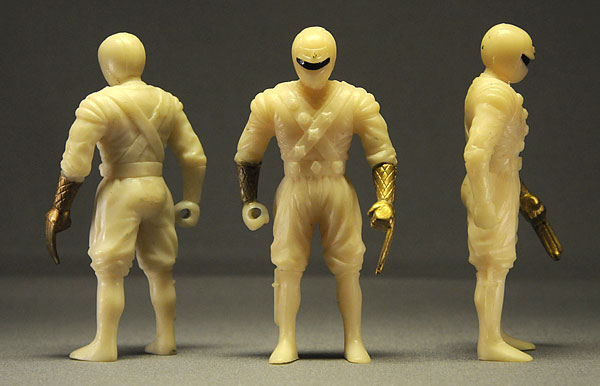 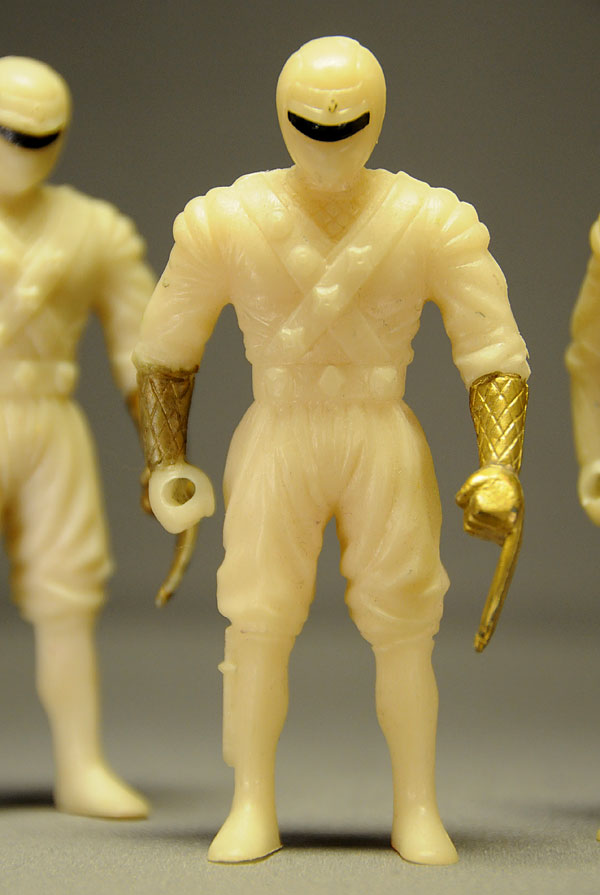 Now, what I love more than the mix of traditional and futuristic elements is the subtle pose, and resulting attitude, the figure has. That slight head dip, the tense shoulders and curled arms — this guy’s at rest, but he’s a coiled spring ready to jump. One can almost imagine him breathing heavy, trying to check his rage at the presence of a rival or catching his breath having just killed an enemy. 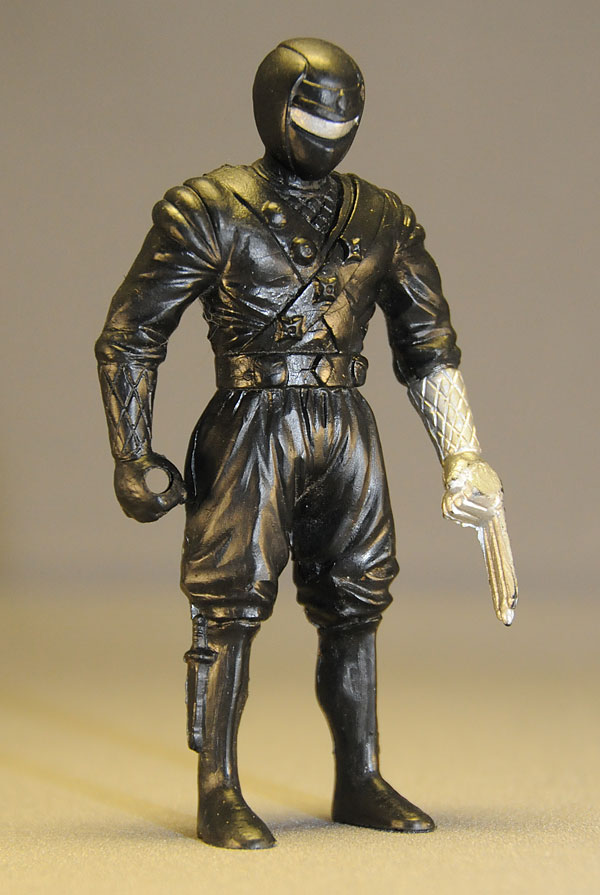 Chap Mei’s sculptors and character designers are absolutely brilliant, part of why these cheap quasi-knock-offs have such a fervent fan base in the collector realm. This early figure was the first hint at the brilliance to come. 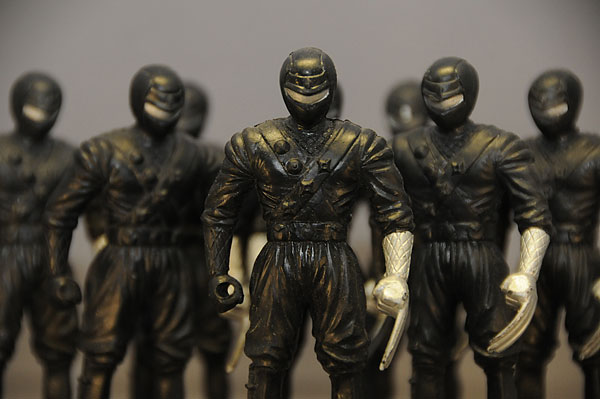 I’ll do a feature on Hero of the Dark at some point, but Ninja Curse figures are impossible to get in North America. Any overseas fans who can score these, I’m a buyer!

Meanwhile, JoMi Toys has nice features on all these lines.