I roll my eyes as much as the rest of you when it comes to The Last Samurai, and the ninja scene is just as cheesy and unconcerned with history as the rest of the movie. However, when I had a chance to snag one of the costumes used in the film, I jumped. 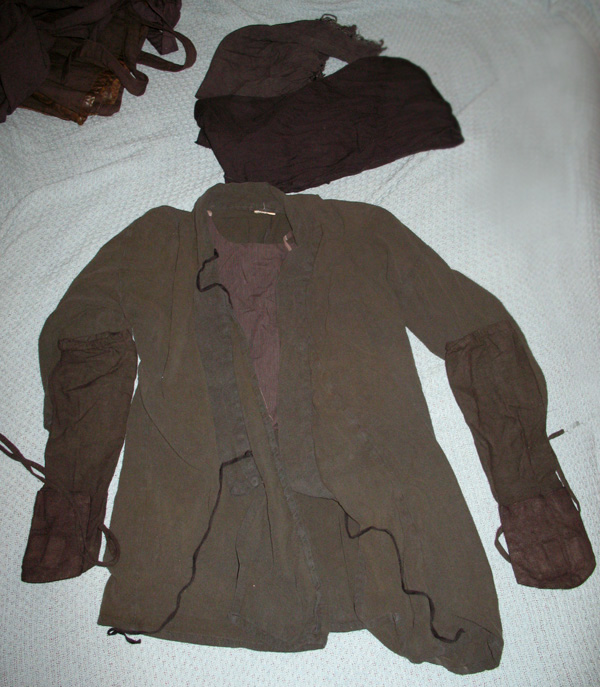 I work for a performing arts company world-reknowned for its costuming, and I’ve developed a serious appreciation of movie and stage duds, and the ways they differ.

Stage costuming tends to be more rugged, as it is used for multiple performances and often subsequently rented to another company in another city. The creators have an advantage in that they are seen from afar, so materials like leather can double for steel. 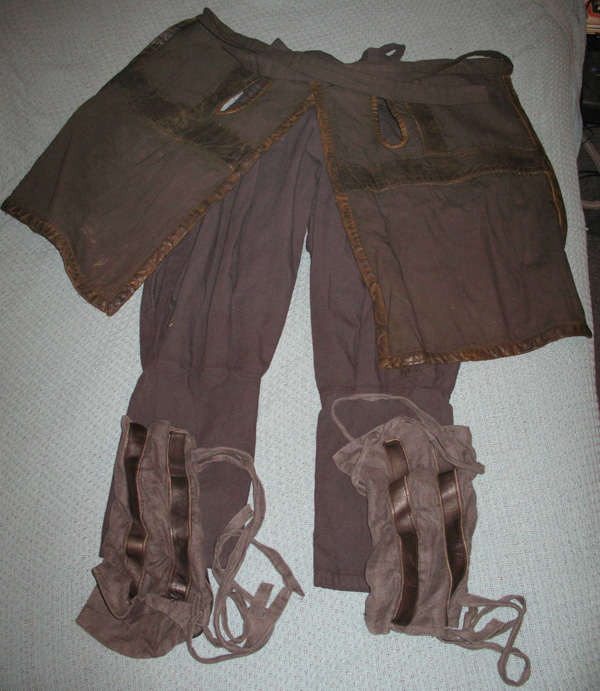 Movie costuming, on the other hand, needs to hold-up only for that shoot, sometimes even a single take, but it is also subject to camera close-ups,  needing to look authentic when projected in 70mm big screen glory.

This screen-used costume from Last Samurai actually embodies a lot of both construction philosophies. It’s pretty durable, and uses leather to sort of read as lacquered armor and steel in spots, if you squint.

Come to think of it, that scene is so frenetically shot and frantically edited, they could be wearing Addidas track suits and you’d hardly know the difference. 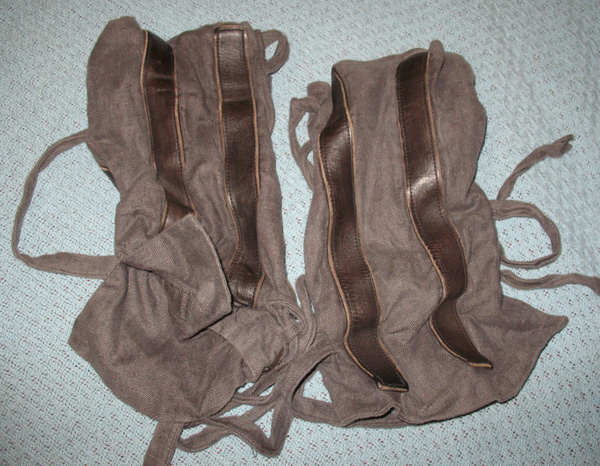 There’s a very nice mixture of textiles, no one section of the costume blends into another. The  grains and weaves vary and the color hues alternate dark greys, browns and blacks so the suit looks more complex. 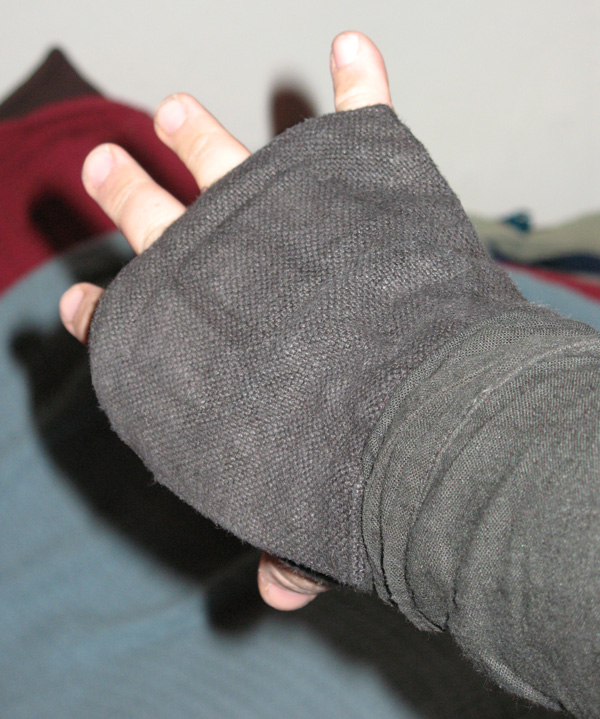 I passed on another suit at an auction, as I thought it crossed a line with the liberties it took – just not Japanese enough, conjured Batman Begins, Mortal Kombat and ancient China more than Japan. Here are the catalog pics: 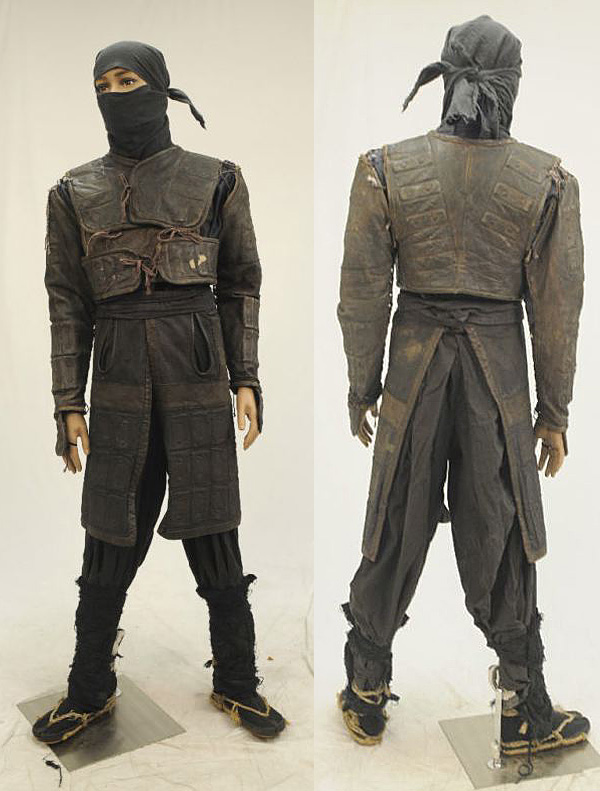 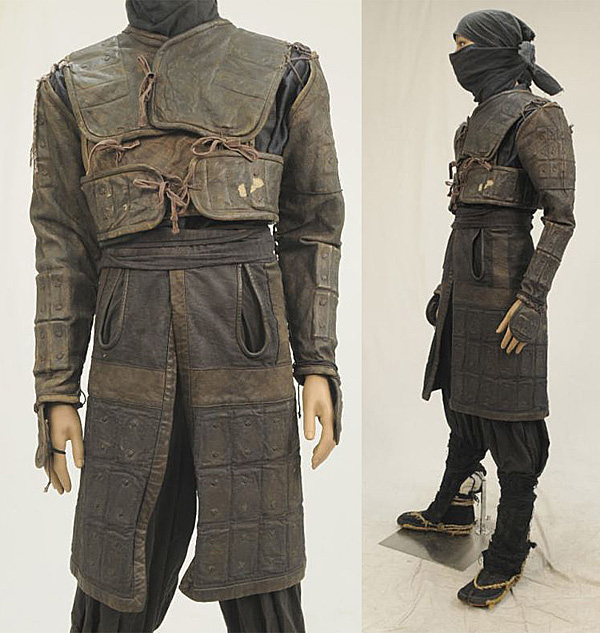 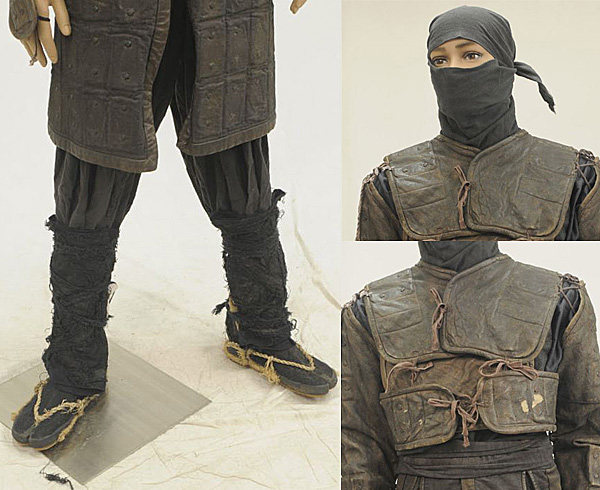 The absolute lamest thing about these suits are the hoods. Simple head wraps made of two rectangle of cloths, with big, bulky knots in the back. Not much effort spent there.

For you non-Hollywoodians, lots like this show up on eBay all the time. Happy hunting.