I just can’t stop rescuing these from dealers in Thailand… 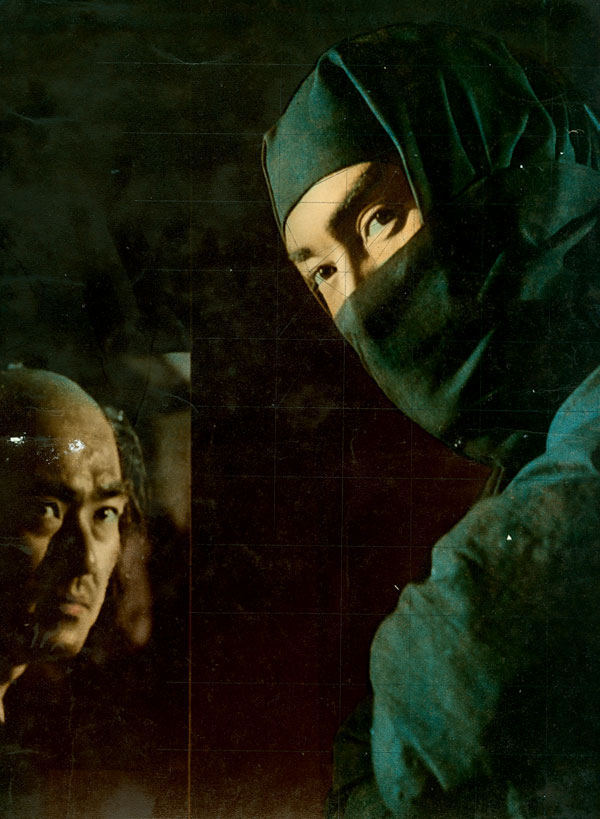 And why not? I love hand-tinted antique photos, and these are from my favorite ninja film ever (and the one I’ve written about the most on this site, too). 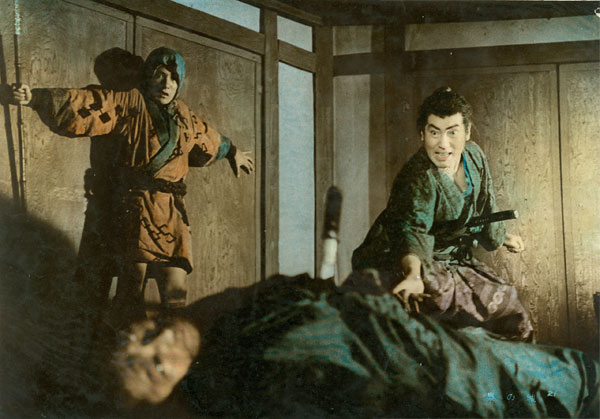 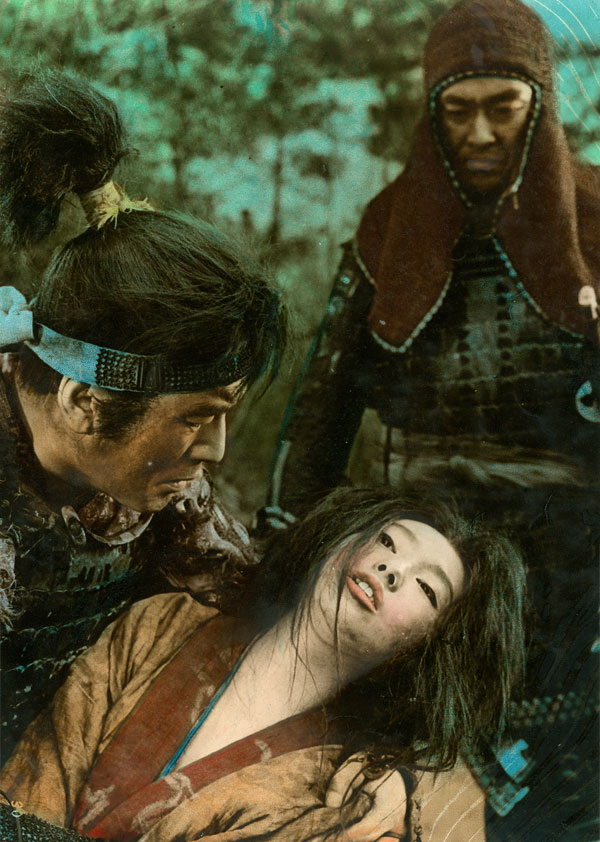 Some nice costume details here. I love the briefly seen utility armor seen during the raid and bombardment of Iga. 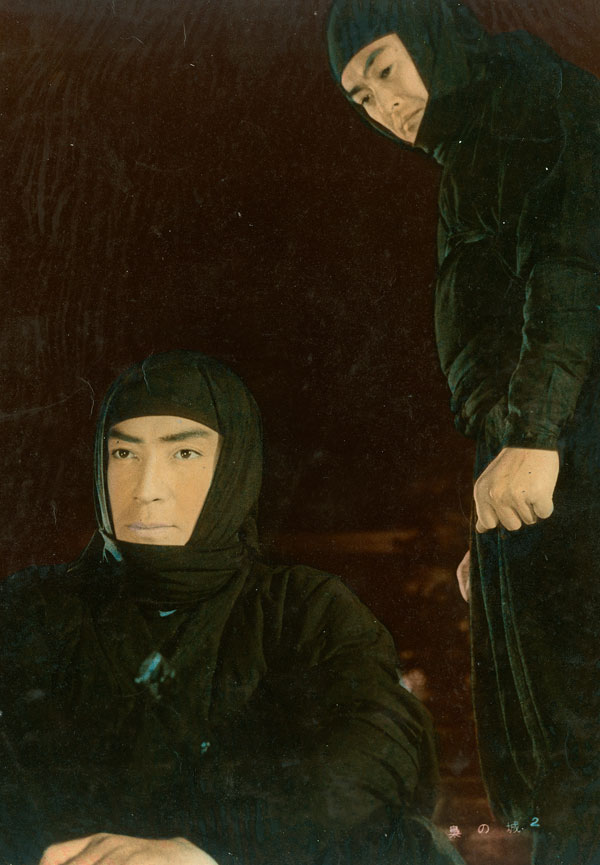 Wonderful still of what I’ve described as the “Wolf vs. Sheepdog” dynamic in the relationship and rivalry of Juzo and Gohei. 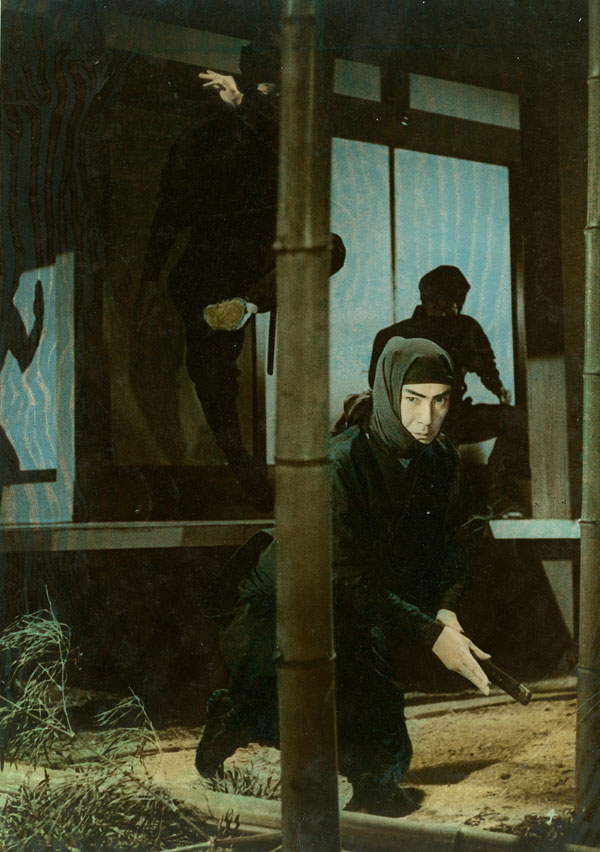 Not every chambara star looked good in ninja duds, in fact some looked downright silly (Toshiro Mifune being a fine example), but man do Ryutaro Otomo‘s square-jawed good looks totally work hooded! It’s all in the eyes, and Otomo is prefectly cast as the unwavering stalwart avenger of his people. 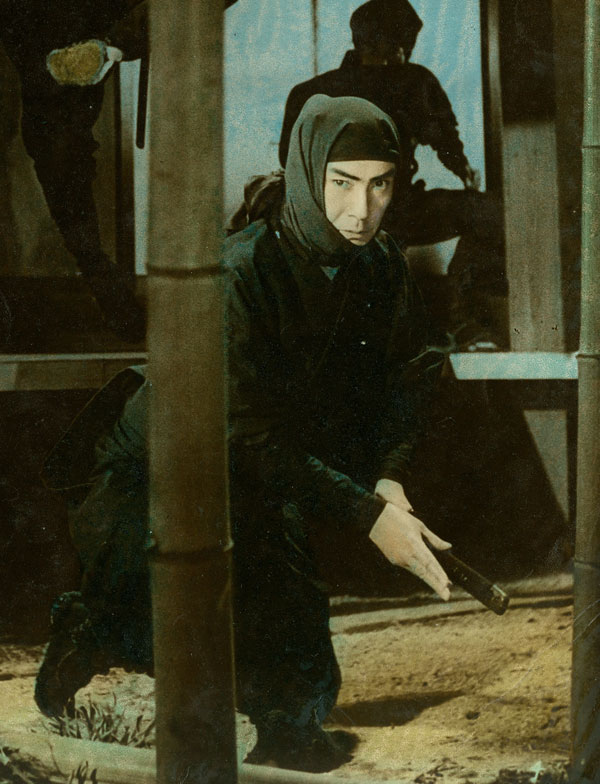 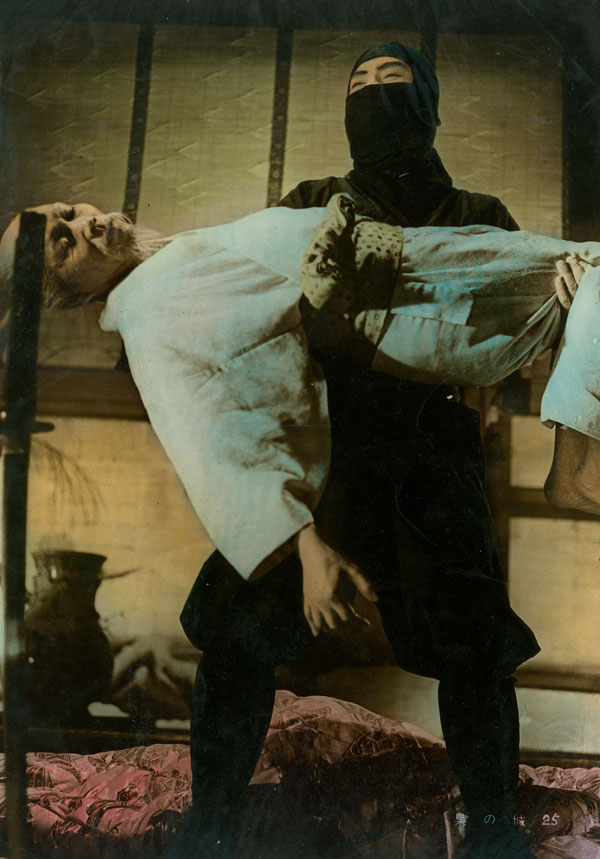 The relationship between Juzo and the kunoichi Kohagi is superbly woven into the already rich narrative. The moment below, when he sniffs her out as a woman of ‘peculiar skills’ despite appearances is just the beginning of their cat-and-mouse interaction. 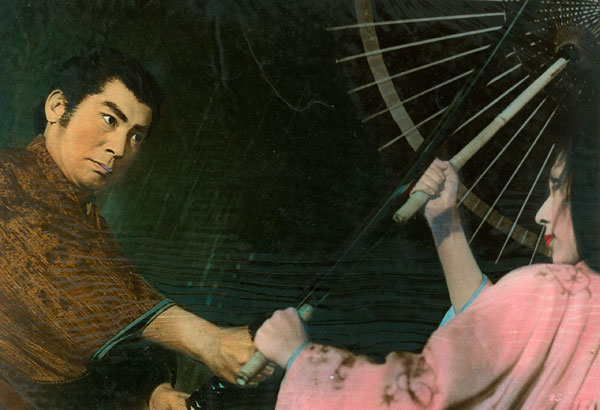 But he is Otomo, when all is said and done… 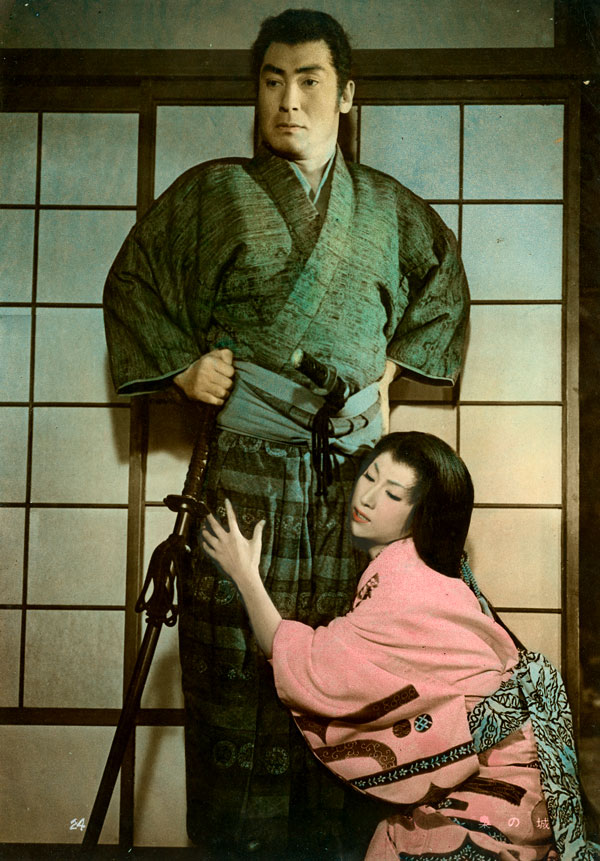 The film noir lover in me wants to do-away with the happy ending of this otherwise dark and ironic epic, and have Kohgi be a true femme fatale waiting to turn on the man who thinks he’s turned her, but… the softie in me loves these characters so much I’m glad they make it out of the shadows both literally and figuratively. 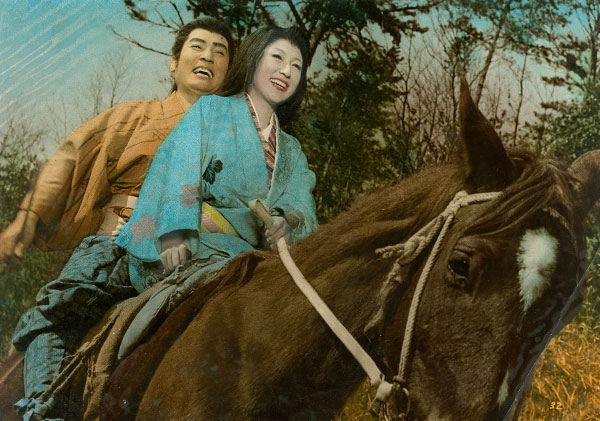 Finally, below are some cleaner close-ups from images I posted years ago: 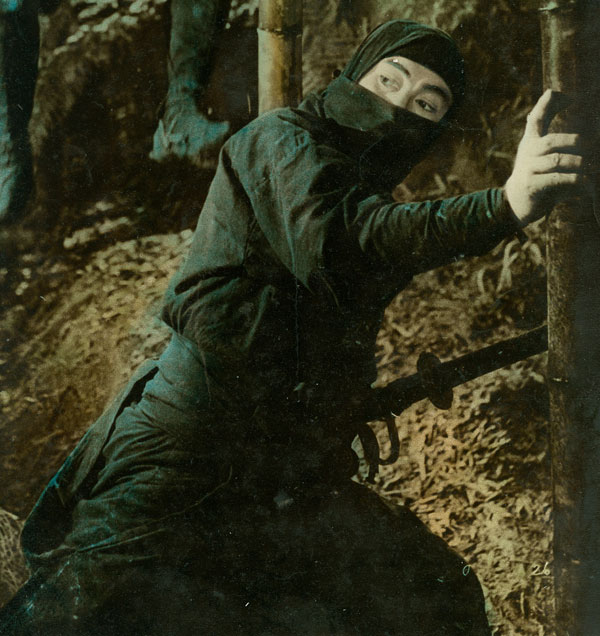 This detail from my older batch had been mechanically marked-up by a Thai mural or poster painter back in the day. 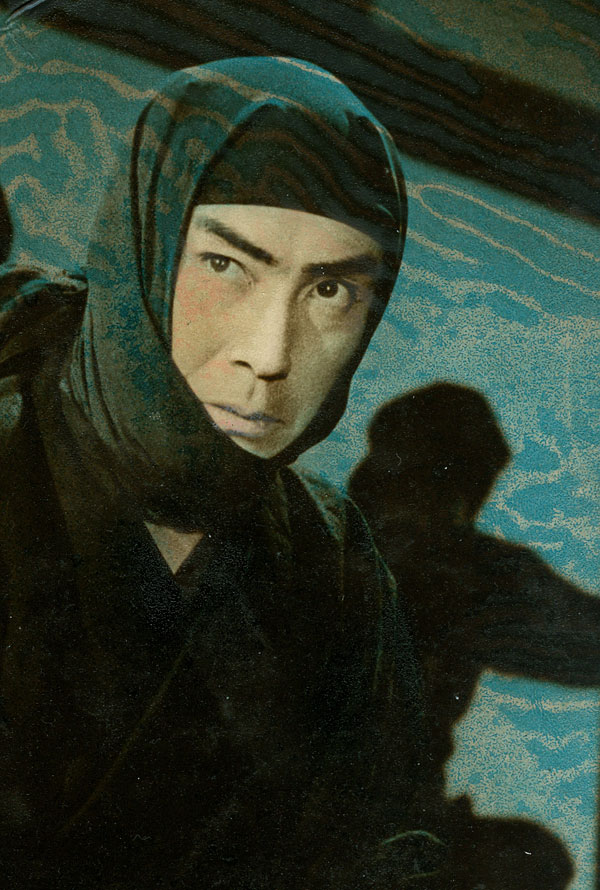 And this close-up is much cleaner than the deteriorating one I originally ran way back.

Here’s a quick-link again to previous articles here, including CASTLE OF OWLS WEEK from 2009.

The Jidai-Geki Knights review over at Lard Biscuit.

And hey, why just watch the whole damn film on YouTube!