A guest column by MATT WALLACE in honor of THE OCTAGON‘s 30th Birthday! 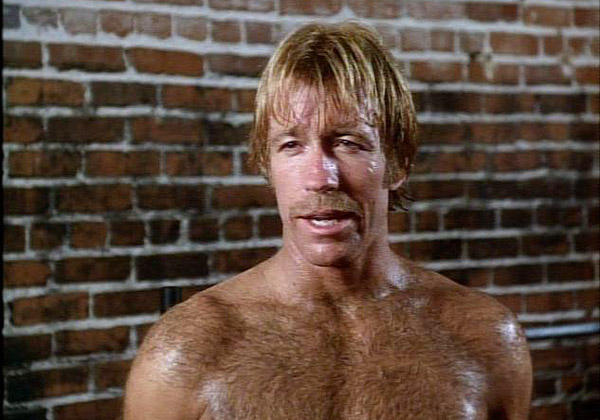 Chuck Norris has taught me a lot.

Chuck Norris taught me many things, but his greatest lesson was much more than that; it was the definitive epic meditation on a subject as culturally prevalent now as it was in feudal Japan.

In 1980, Chuck Norris wrote a book; with his feet. It was entitled “How to Fight a Ninja” and it is my personal Bible.

Sure, it was packaged as a film. They called it The Octagon. It had everything a cheesy so-called “karate movie” of that era was required to exhibit. It featured honored Asian henchmen such as Gerald Okamura and the Black Star Ninja himself, the man who has played more fake hooded Japanese assassins than any other actor in the history of cinema, Tadashi Yamashita. It was, in fact, the last film made under the 1970’s law that stated any “B” action movie with a testosterone count of five or above had to include a role for Lee Van Cleef.

From the tender age of six, however, I knew Chuck Norris’ intention was much broader, much more vital. He was teaching me all I would ever need to know about battling those black-clad masters of shadow and death also known as shinobi.

Some of these lessons are so deftly couched in perceptive anachronism that on the surface they may seem absurd, such as what to do when a ninja does something unexpected, like whipping out a pair of sais. Yes, the sai is a Kobudō weapon, part of the family of weapons improvised from farming tools by Okinawan peasants who weren’t allowed to bear arms. Yes, the sai, the kama, and the nunchucks were never actually used by continental Japanese martial artists during the period ninjas historically existed. AND THAT’S WHY IT’S SUCH A SNEAKY BRILLIANT MOVE AND EXACTLY THE KIND OF SHIT A NINJA WILL PULL ON YOUR ASS. 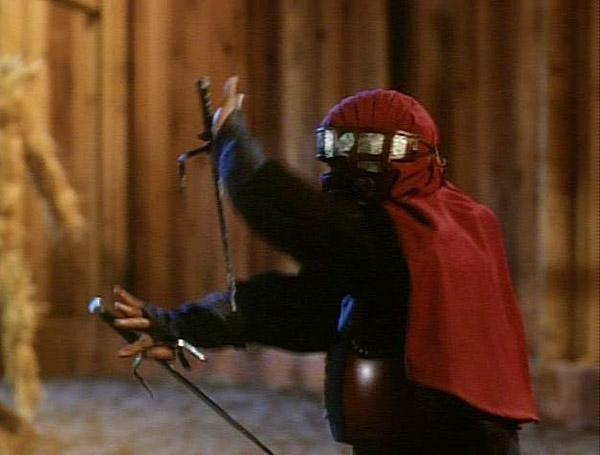 Other lessons dealt in knowledge as esoteric as it is absolute. Thusly…

1) Always keep your arms down and at your sides when throwing an awkward succession of spinning kicks. This demonstrates to the ninja your indestrutibility, as you clearly require no defensive skills. It also pays homage to your background as a traditional Celtic lord of the dance.

2) When he throws a shuriken at you in one frame, but somehow it doesn’t make it to the frame you’re in, possibly because of a lack of practical effects budget/skill, stab yourself with another shuriken and pretend it’s the one that was just thrown at you. This shows the ninja you are courteous. Mannners are for everyone.

3) Ninja can only be defeated by fire. Specifically, kicking the ninja through fire. In the absence of a section of wall that has been set ablaze and oddly is not spreading beyond a five foot diameter, a large pane of prop glass may be substituted. But only in the first act. Because Chuck Norris has read Aristotle’s Poetics and understands the elevation principle of great drama.

4) Your greatest tool in defeating a ninja clan is your background as a singularly gifted, retired professional martial artist who accidentally killed the opponent in his or her last fight and is now tormented by the event. This has been reinforced by Don “The Dragon” Wilson, Cynthia Rothrock, Sasha Mitchell, and Don “The Dragon” Wilson several more times, among others. 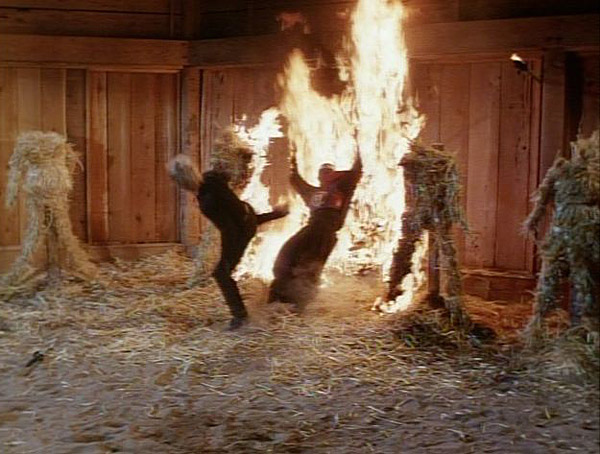 Obviously I’m bullet pointing. The nuances of Master Norris’ visual text are hundredfold and layered deeper than the Hell to which your katana-wielding would be executioner might otherwise send you.

The main point is simple: One day you WILL be attacked by a ninja, or ninja[s]. It might be because you inadvertently saw the face of the head ninja who inexplicably chose to reveal himself to the beautiful woman he was hired to kill seconds before striking her down. It might be because you sought revenge for your dead brother or partner or former teacher or lover or old war buddy. It might be because you’re giving a drug cartel or other crime-related syndicate a hard time just as they’ve begun hiring ninja as their enforcers.

But it will happen.

And on that day, you will need to know what Chuck Norris has been trying for the last thirty years to teach you, if you want to survive. 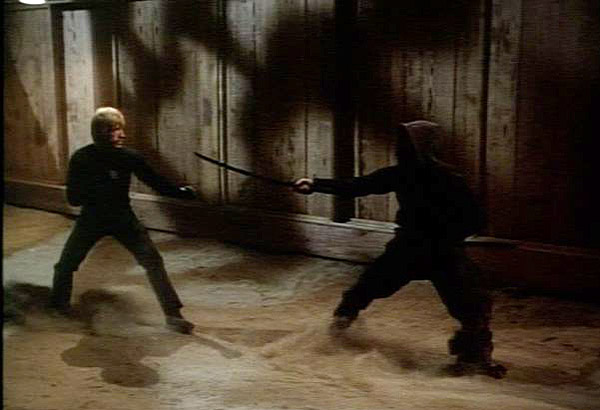 MATT WALLACE is the author of The Next Fix and approximately one billion short stories, in addition to the podcasted novel The Failed Cities Monologues. Being a martial artist, knife enthusiast, retired pro wrestler and devourer of karate movies, he’s superbly qualified to be a VN guest contributor. Couple weeks ago I bought him a Cold Steel polypropylene katana for his birthday. Yeah, he’s that cool… 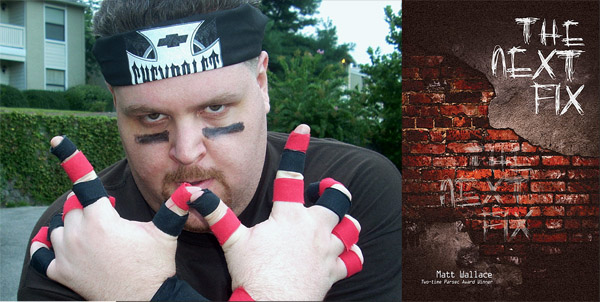 Many thanks to Matt for the words. Swing back tomorrow for more Octagon!