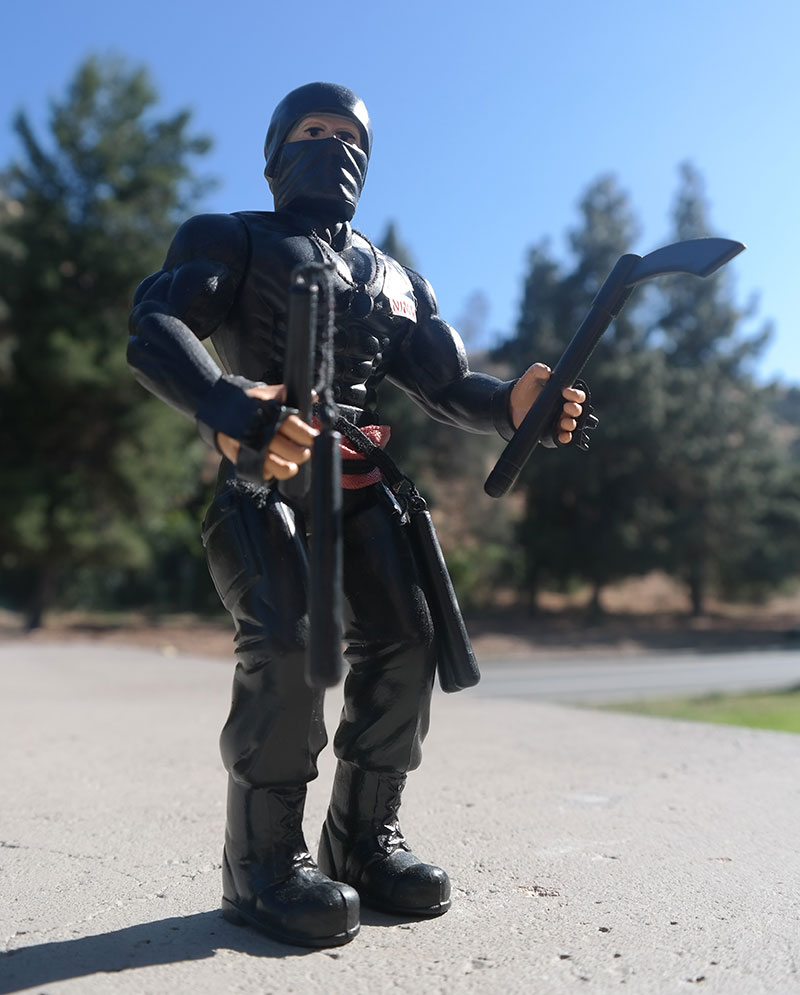 Circa 1985/86 GI Joe was starting to go full-bore on the rebranding of Snake-Eyes as a ninja, Eagle Force had Savitar, even Masters of the Universe had a ninja, and the 6″ figures for the Rambo: The Force of Freedom cartoon series followed the trend with both good white and evil black ninja in their character line-up.

So when cheapskate Johnny-come-lately toy manufacturer Marchon wanted in on the military action figure scene, they used the Rambo line as ‘inspiration’ and came up with the derivative-as-hell “M-Force.” And yes, M-Force had ninja. 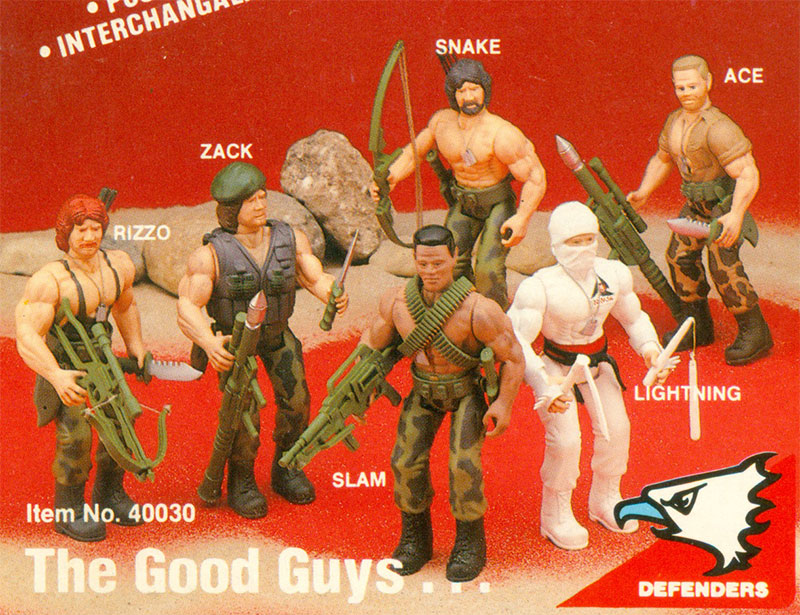 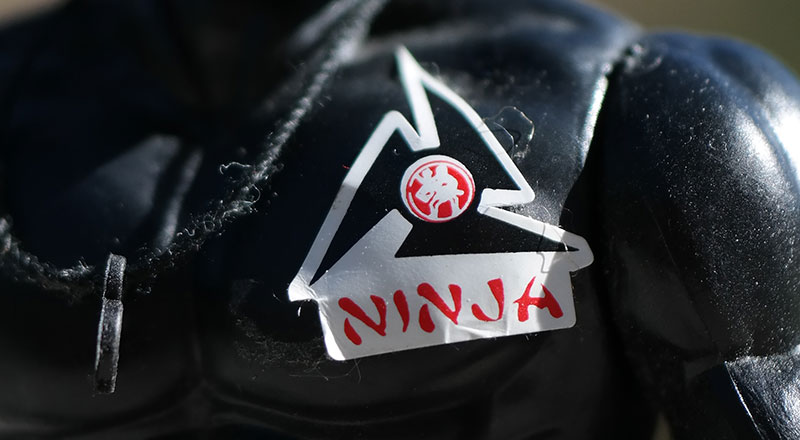 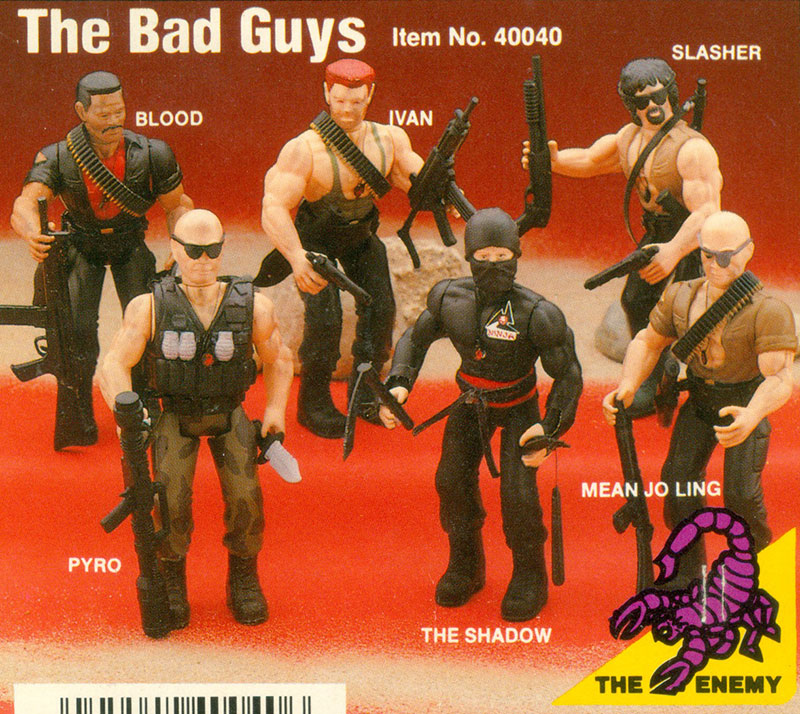 At first look, the “Lightning” and “Shadow” figures are pretty run of the mill, interesting only to completists with too much disposable cash (ahem, cough), but what I noticed in looking at these online for years is that they included perhaps the only example of a certain craze-era staple of ninja gear showing up in action figure land — CLIMBING CLAWS!

These somewhat long-forgotten toys are rare as hell in North America, and haven’t aged well. It took a long while, but when I finally scored one of the increasingly elusive M-Force ninja, the claws were a revelation. 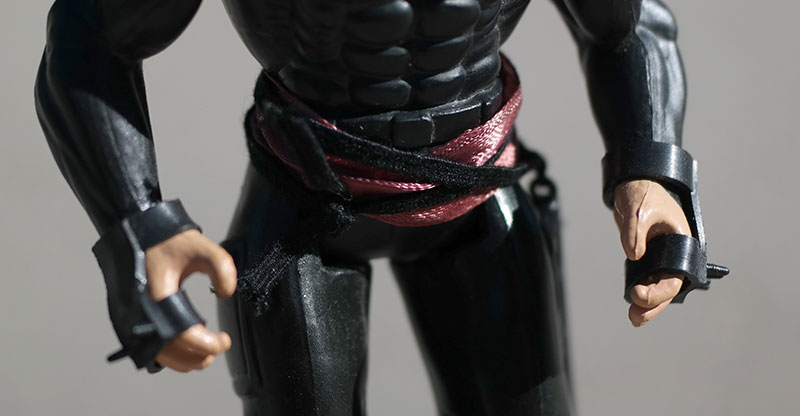 Pre-dating by two-plus years what I thought was the first ever action-figure ninja claw — the Version 2 Gi Joe Storm Shadow that included a single over-exaggerated anti-sword-claw — these cheap-ass Marchon ninja actually had removable rubber tekagi / shuko climbing claws, albeit applied in backwards fashion. 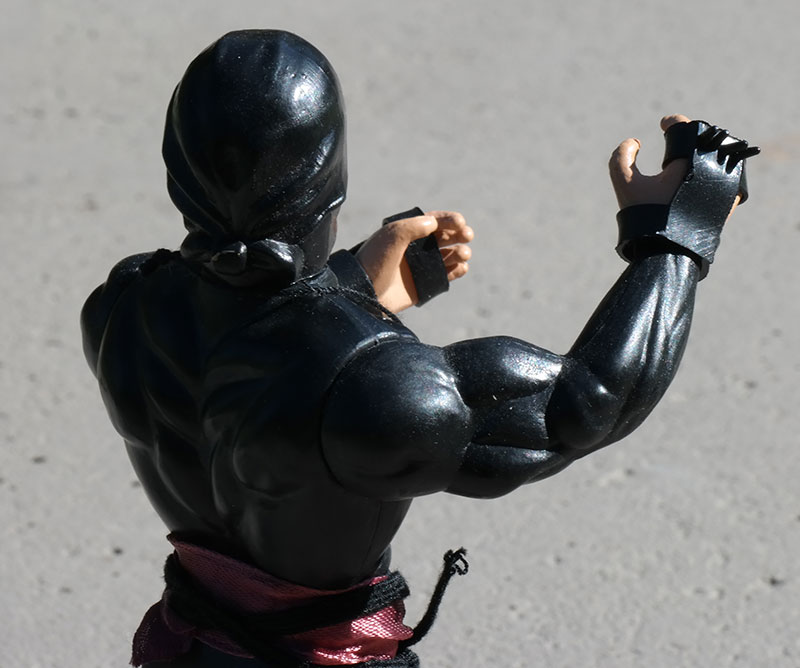 Ninja climbing claws were first popularized in Revenge of the Ninja, and man were they ever popularized! Every mail order martial arts outfitter had a cheesy welded-steel and nylon version of the claws for sale, and every flea market, dirt mall and Chinatown smoke shop was littered with even shoddier knock-offs. They’re still made to this day, too.

The markedly nicer and more legit hand-crafted version on the right above are available from Hyakuraiju.

It’s weird to think no other better-funded and wider-distributed ninja figure included hand claws as an accessory, but this is indeed the case. Lightning and Shadow were phoned-in repaints of the line’s plain shirtless body and had the same pants and army boots as every other figure. The head is literally the only newly molded piece. Accessories were limited to two pairs of nunchucks and a single kama — no stars, swords or daggers, not even a gratuitous uzi or survival knife re-used from other figures.

Yet such under-achieving ninja figures then go way beyond the extra mile with rubber hand claws. A head-scratcher… 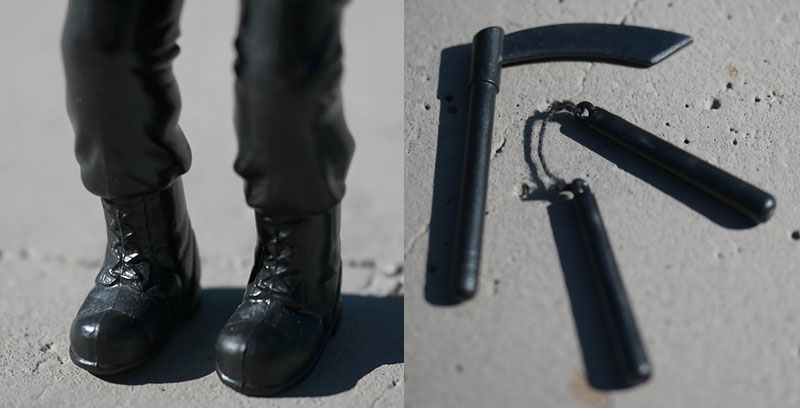 Perhaps an answer as to why the Hasbros and Colecos of the world never bothered with such claws lies in the simple reality of action figure hands. The claws fill the hands up, making the holding of other weapons difficult or outright impossible. And if those spikes were facing inwards as they obviously should be, a kid would be hard pressed to even see them. Such accessories just don’t “read” and don’t add any sell-ability to the figure when on the shelf. 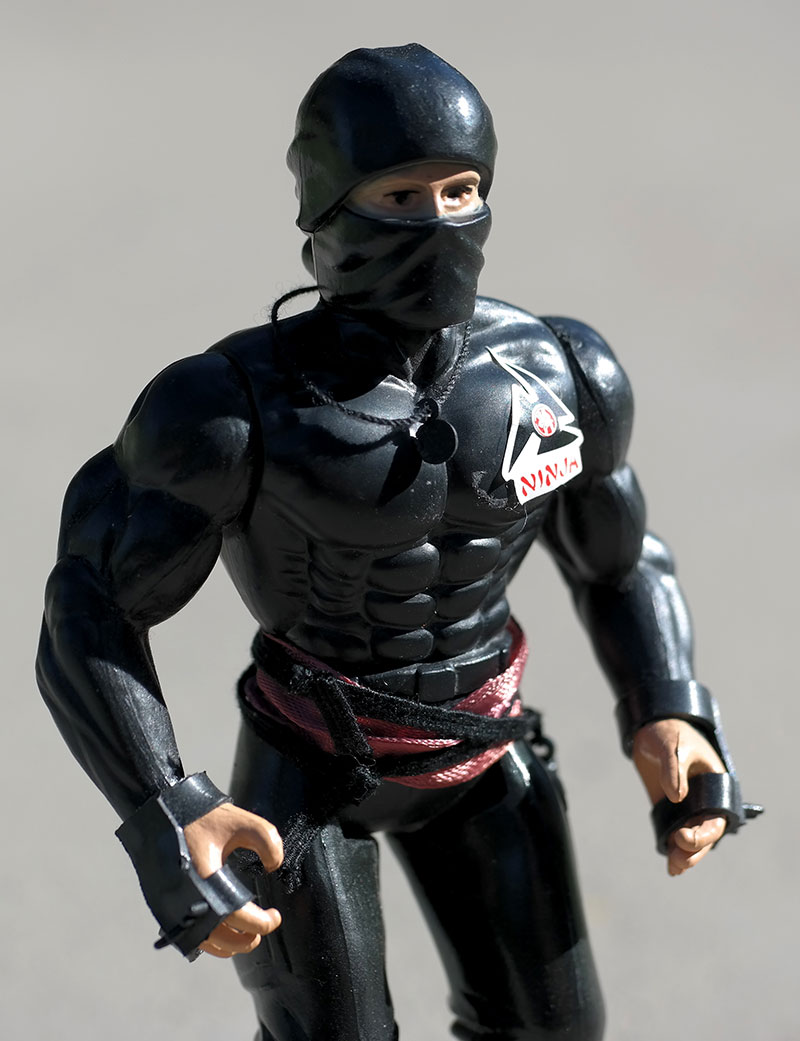 Sometimes things are rare and obscure for good reason, and the rather forgettable M-Force line certainly falls into a completists-only niche. The designs are lame, the character names laughable, the weapons kind of suck, and they were knock-offs of a Rambo line that itself was somewhat of a failure, being at a 6″ size when the 3-3/4″ GI Joe dominated the 80s. 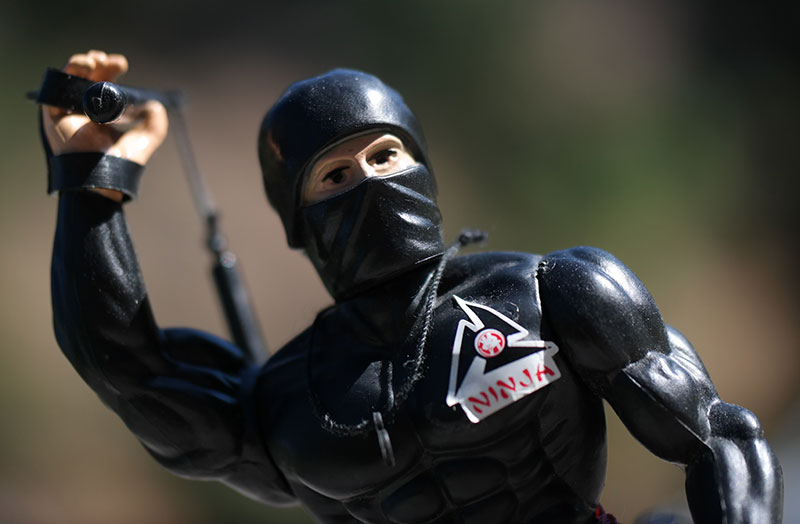 It took me years to score one of these at a reasonable price and in good shape (the claws are often missing), and I’m glad I have it, but man could they have done so much better with a little effort and smarter thinking. Drop the rubber claw idea and at least give him a sword! And maybe a head-sculpt that’s a bit less caucasian, too.

Or maybe not, the “Mean Joe Ling” figure is sort of alarming… 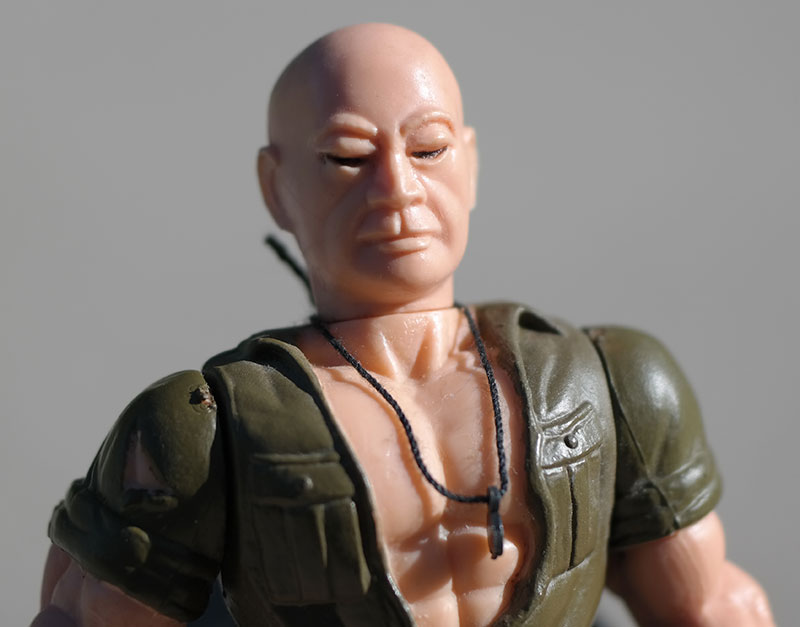