Repeated numerous times on this site, here’s another great example of the real strength of the ninja — genericness! You didn’t need to pay licensing fees to any property owner, no actor likeness negotiated, no corporate branding to reinforce sales… ninja as generic characters sold just as well. 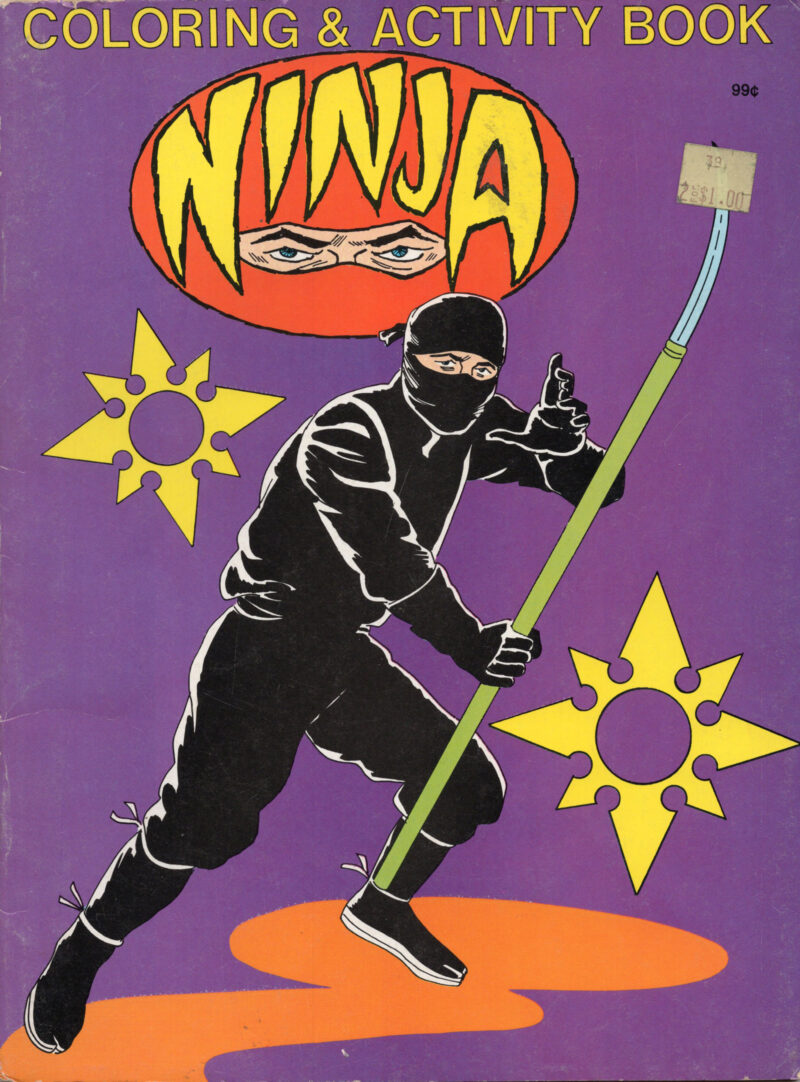 These coloring/activity kids books, produced by Modern Publishing in 1986/87, were all over the place late in the craze days, and lingered on discount racks and spinners into the 90s. Crafted by artist Tony Tallarico, they adeptly execute the G-rated ninja — embracing all the weaponry they could without freaking out parents (who at this point had been desensitized by the tortoises) while hinting at combat but shying away from outright violence. It’s all happy-fun-assassins here… 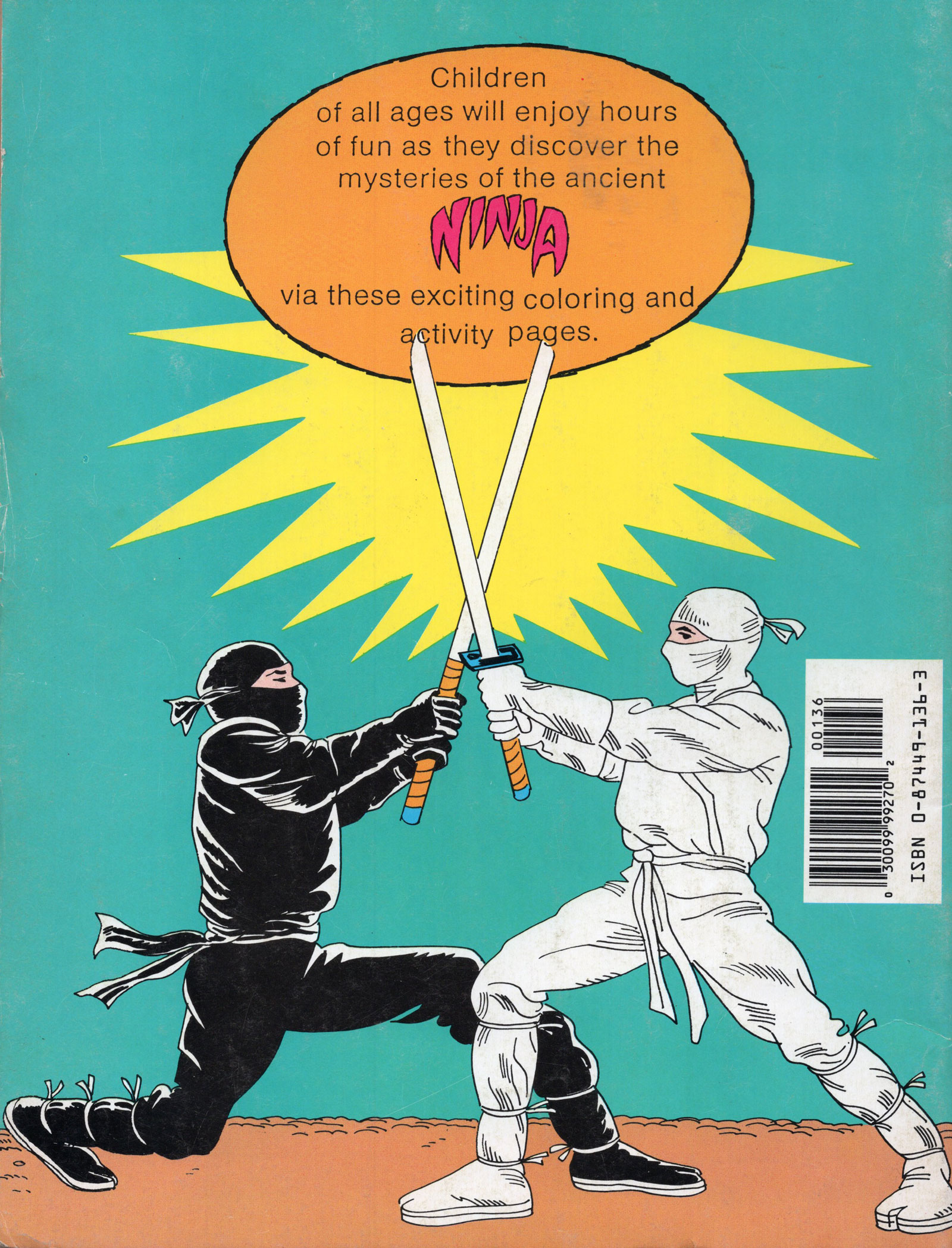 Some of the scenarios are classic ninja thrills: 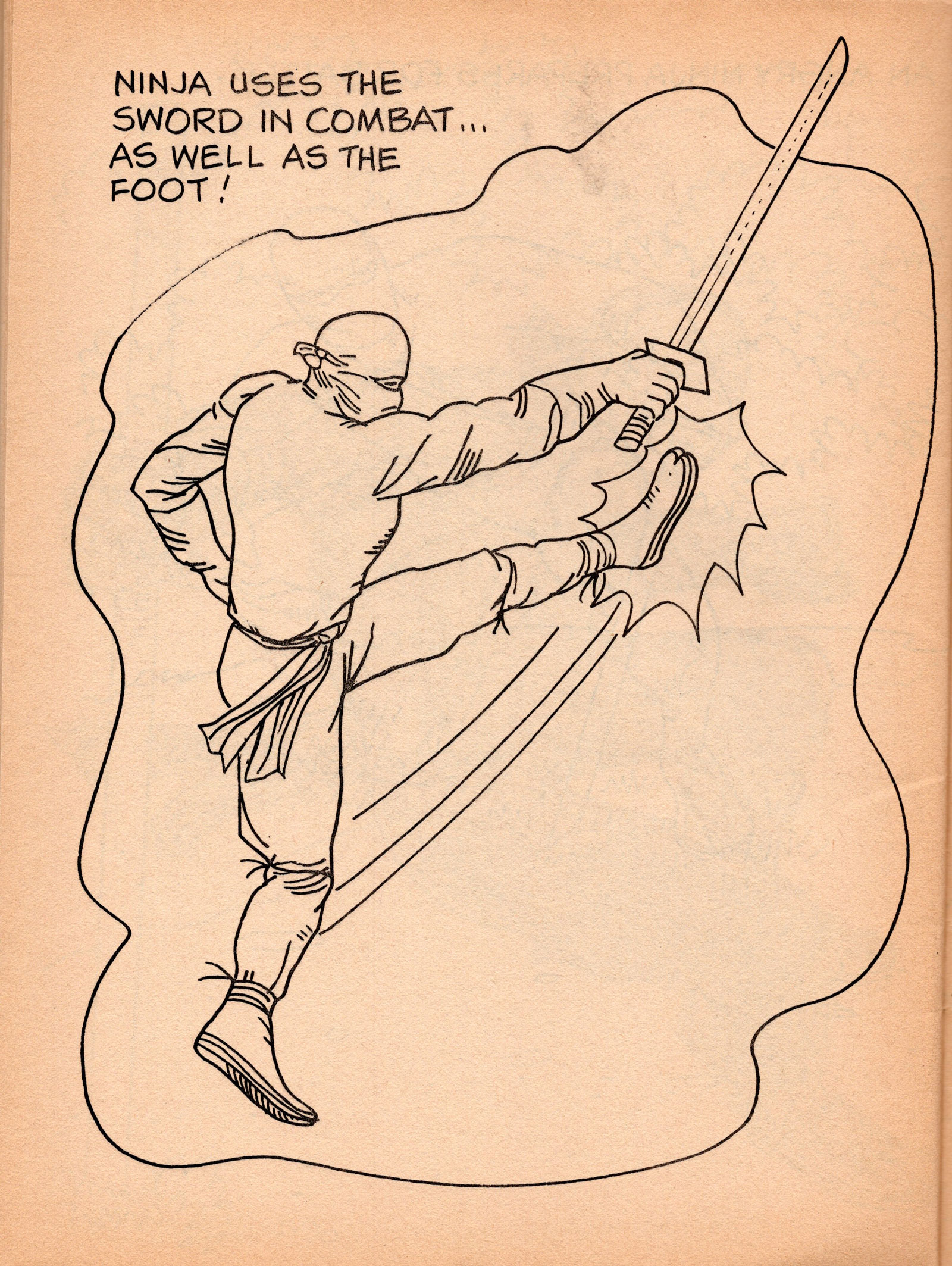 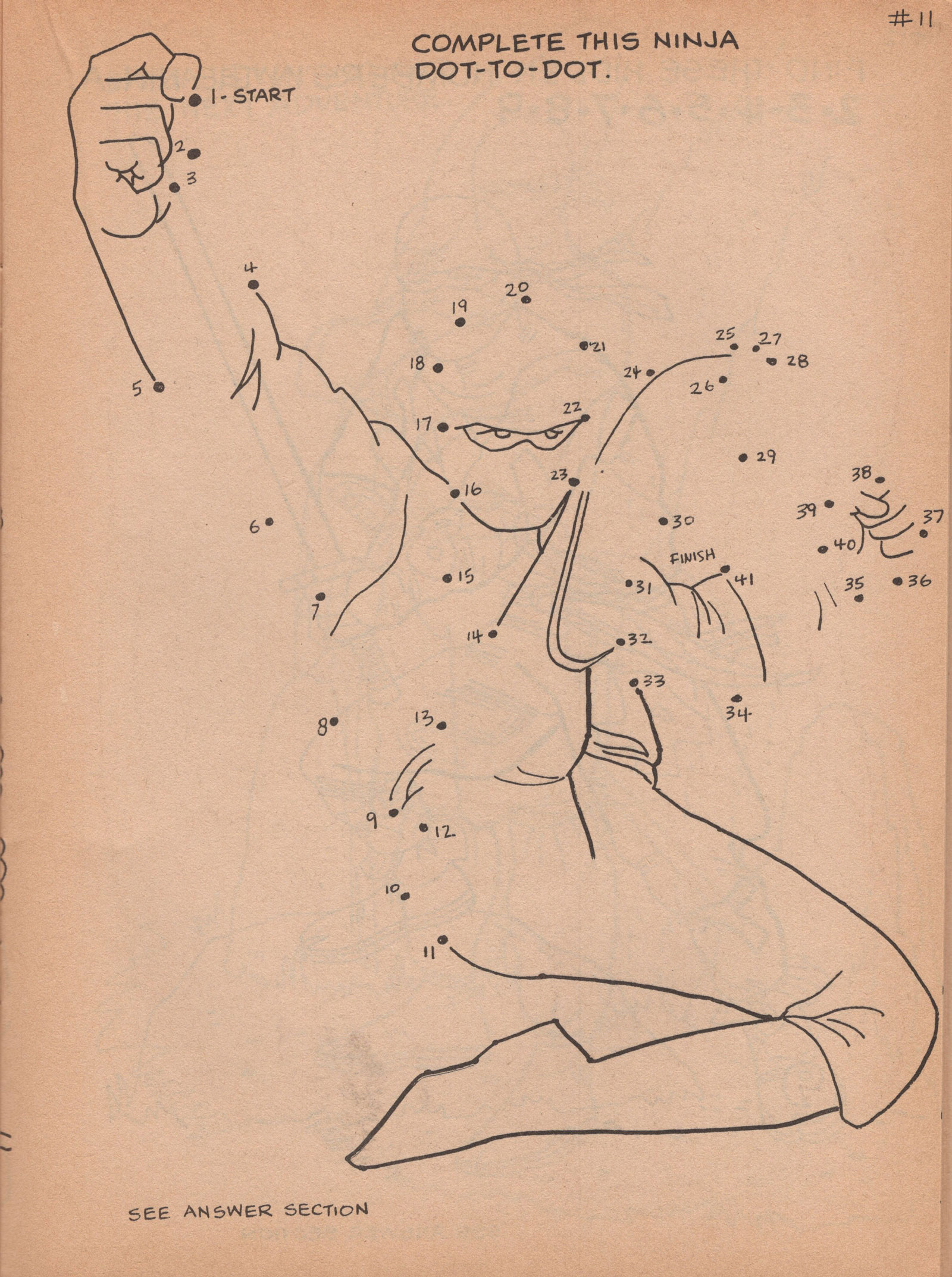 Others… leave something to be desired in the action department: 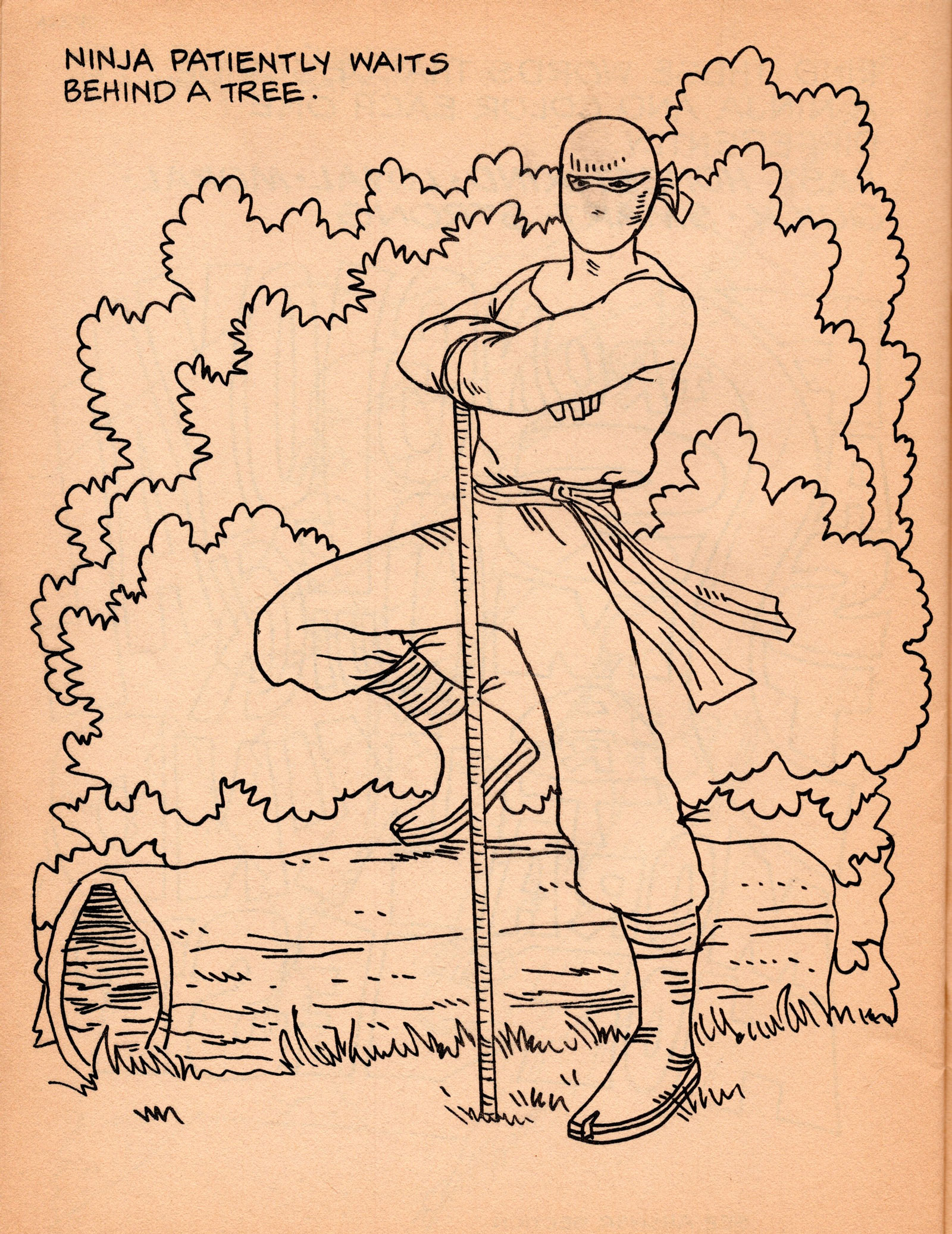 This page is totally cribbed from a famous Jim Steranko Captain America cover, and it is glorious. 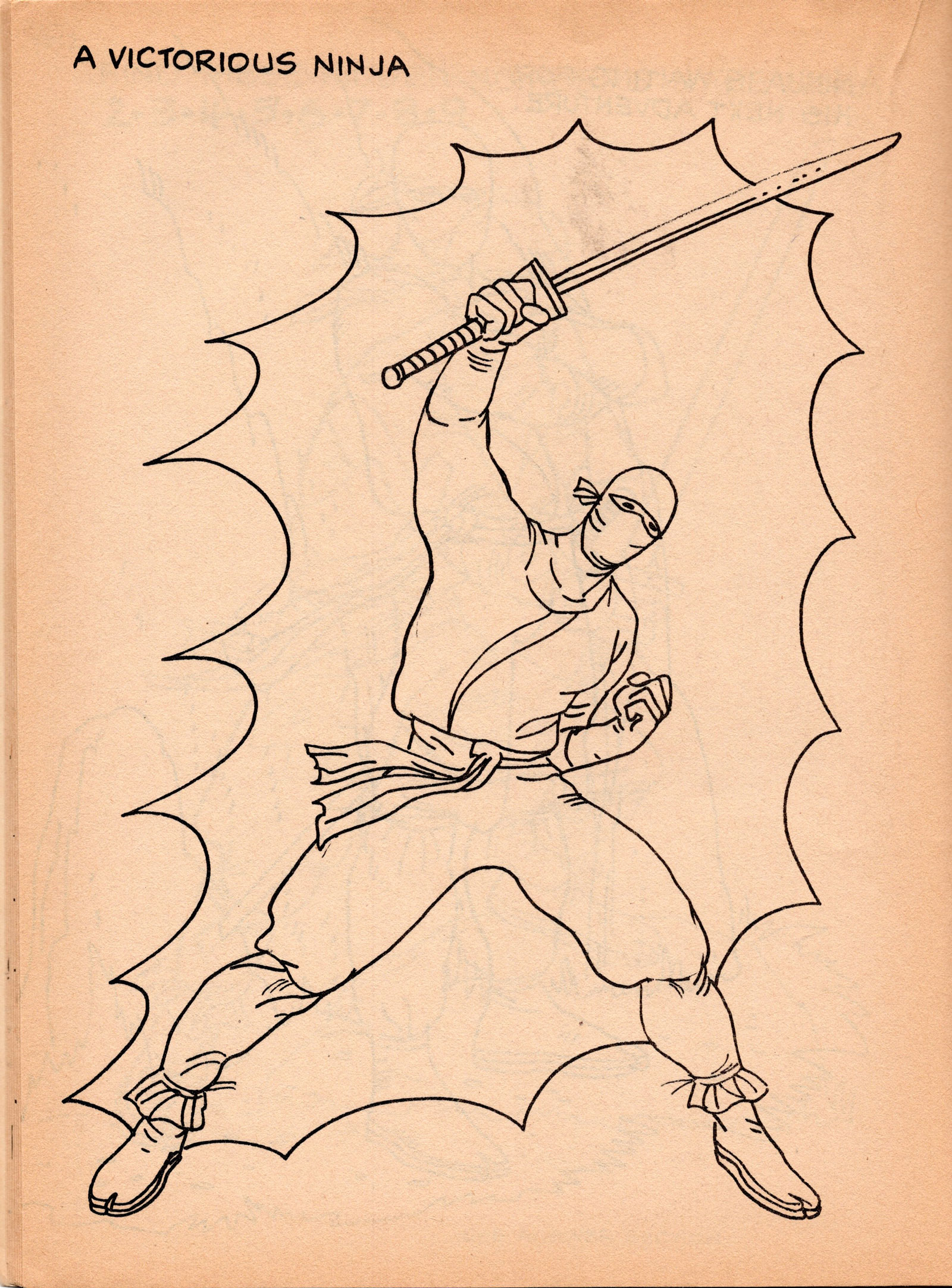 I own, or have at least seen evidence of, at least four volumes in the series, but there certainly may be more. Items like this are in that no-mans-land of ‘super rare but in no real demand’ that makes them annoyingly difficult to track down and document.

Apologies for the low quality of the below, this one has eluded me for years: 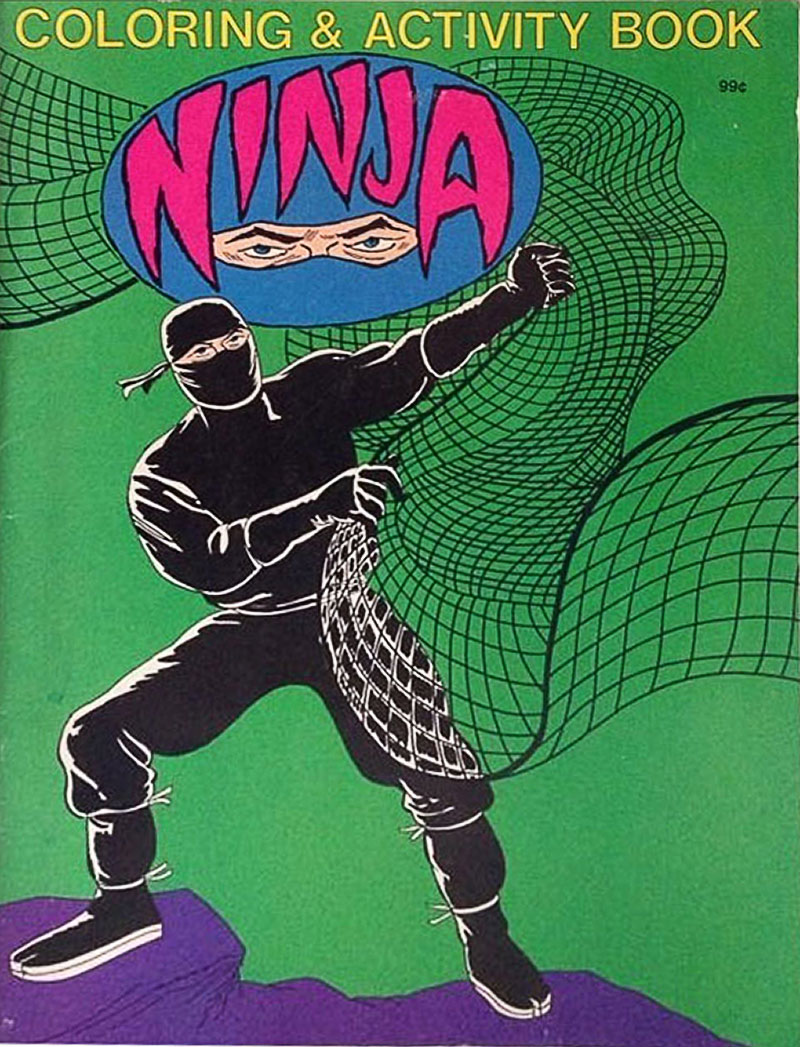 However, several years ago, I was able to score the original art for a cover of a volume I’ve been unable to find since. No clue what the color scheme was even, this one’s on the short list of now obscure ninja crap I’m on the hunt for. Gotta love that masthead/logo! 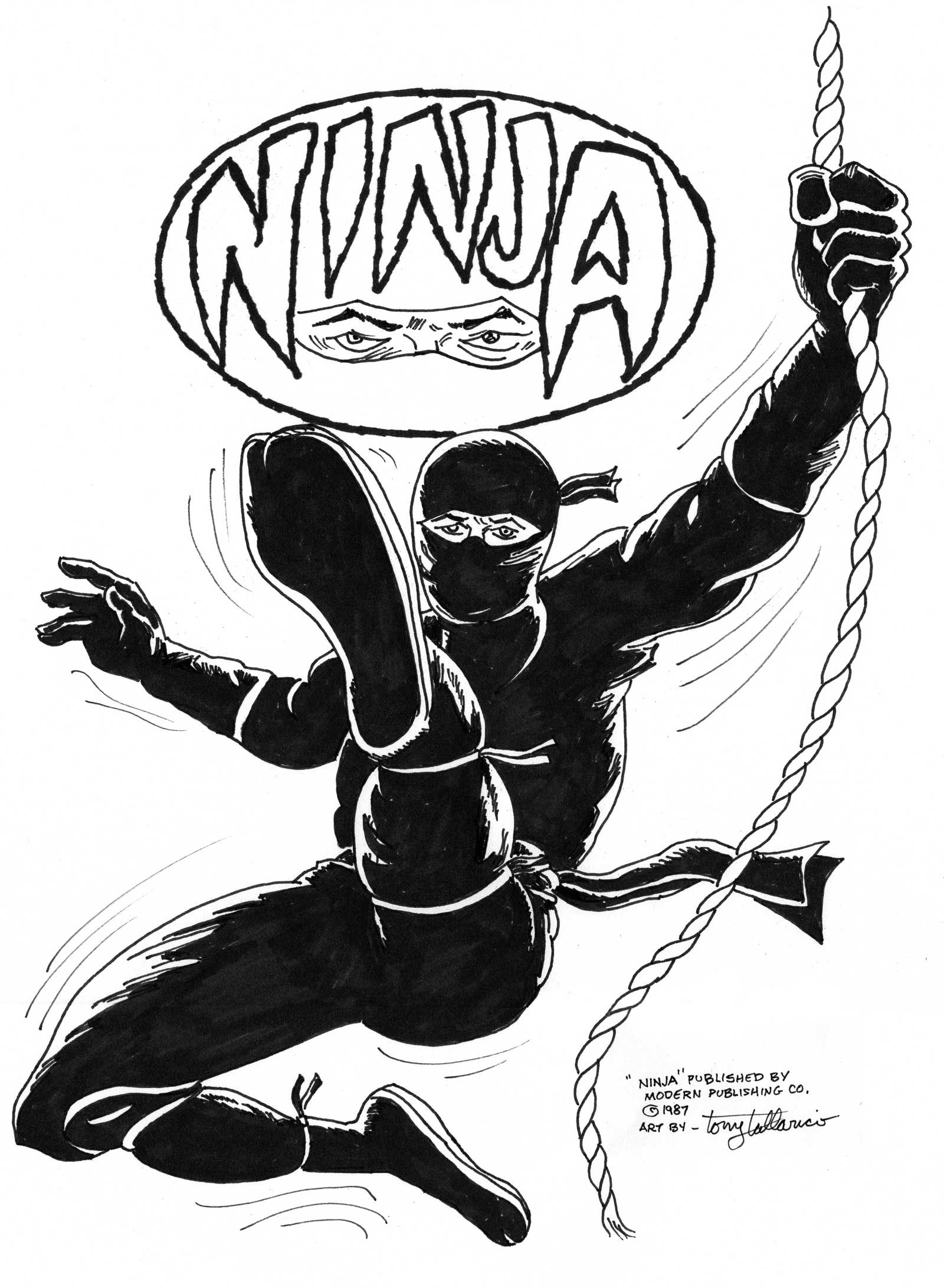 Artist Tony Tallarico had a prolific career in comics and kids books from the 1960s well into the 2000s, working on myriad titles from Classics Illustrated to the war comics of Charlton to Warren’s horror mags, and more. He made history with pioneering African American western hero Lobo, and is also responsible for some of my absolute favorite comics ever — the phenomenal Dell superhero versions of Dracula and Frankenstein.

I’m in the market for more of his ninja coloring books, so drop me a line if you have any to sell or trade.