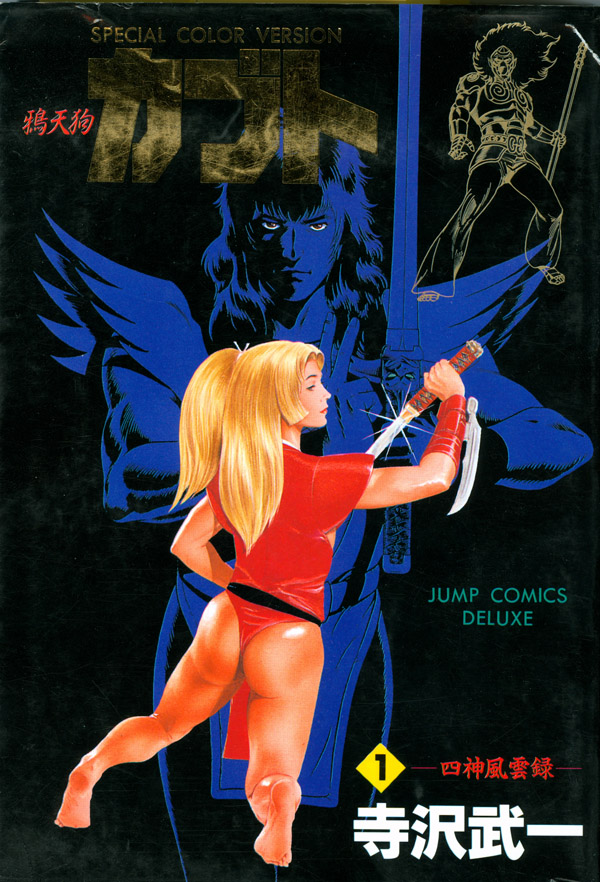 After cyber-punk classics like Space Pirate Cobra and Goku – Midnight Eye, he snuck in a retro-futurist piece of what I guess you’d call ‘Bamboo Punk,’ a ninja and demon-infused epic called Karasutengu Kabuto (aka Raven Tengu Kabuto or just Kabuto). 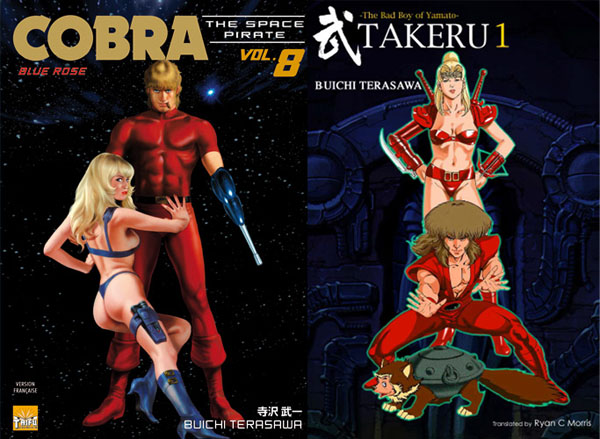 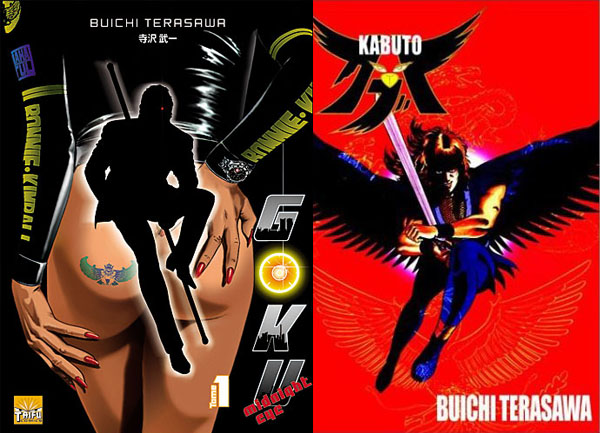 Spend any time looking at Terasawa’s body of work, and you notice some things;

His heroes have BIG hair (as did their creator).

He loves ASS (especially the thonged variety), and there’s plenty of bootylicious swordgirls around.

Everyone has a GREAT time fighting. His worlds are a fun place for a dashing hair-metal hero.

His character design (especially the supporting casts) are always interesting and out-of-the-box.

There’s great tech (even in the period book).

In general his self-indulgent books are fun as hell.

A major pioneer in the integration of computers and the printed page, Terasawa’s properties translated very well to electronic media, and the fact that his heroes and heroines are often blonde caucasians didn’t hurt for worldwide distribution in myriad languages.

While Kabuto wasn’t nearly as prolific as Cobra, you can see all sorts of stuff that would influence manga, anime and video games for decades. Plenty of masks and monsters, too! 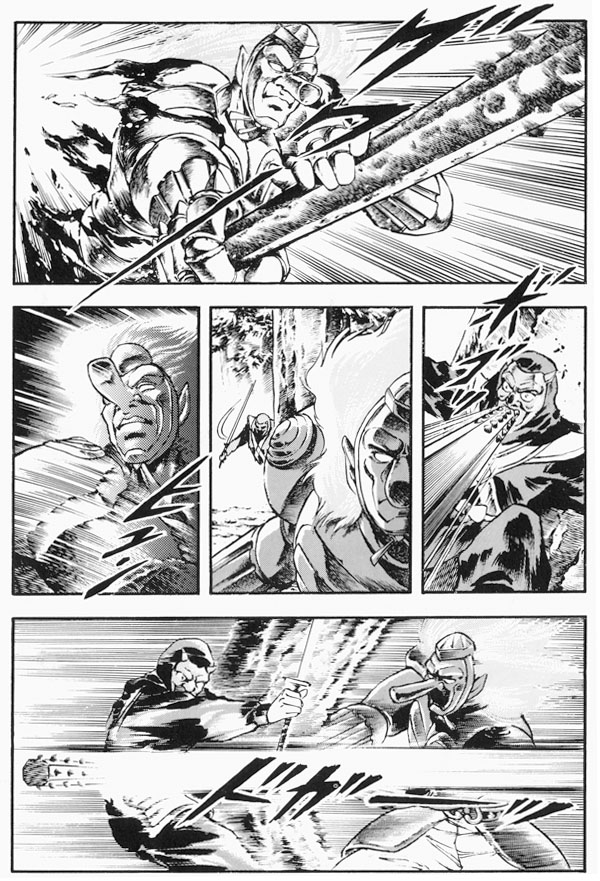 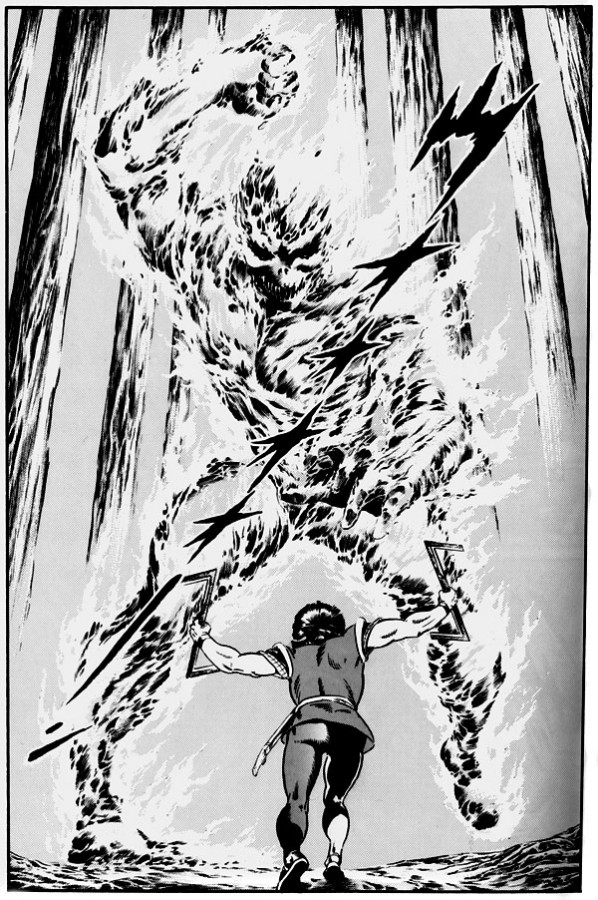 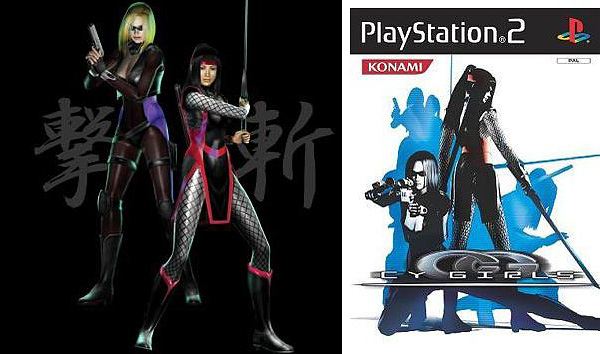 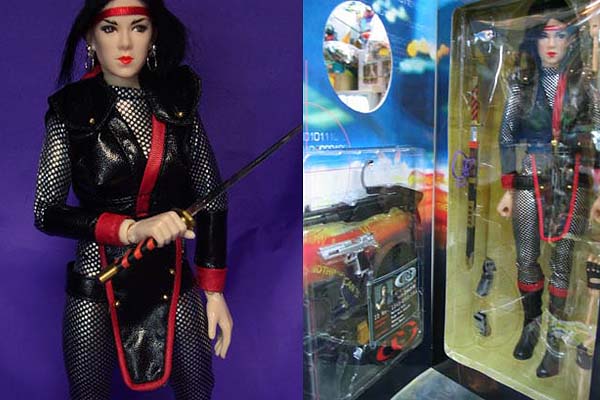 Need further proof of Terasawa’s perv worn on his sleeve? Check out a memorable clip from the Kabuto manga. Tongue-in-cheek for sure, but which cheek?