Found these caps years ago in a sadly defunct blog (German if memory serves?), but they also floated around various newsboards for a while. The Female Convict Scorpion and Wandering Ginza Butterfly star had a stint on the long-running Oedo Sosamo TV series, and man did those expressive eyes ever work in a hood! Wow… 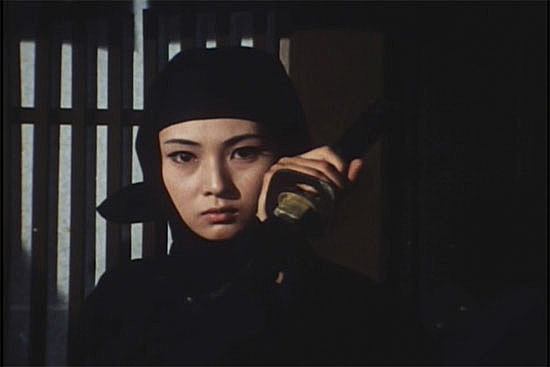 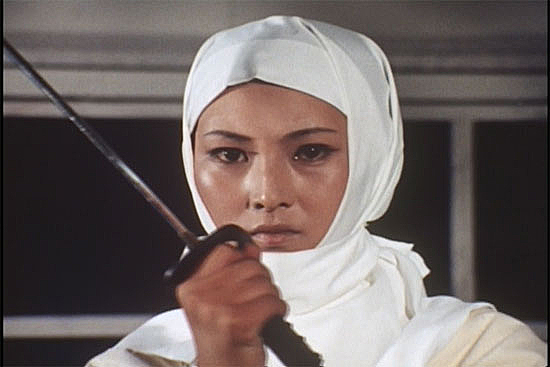 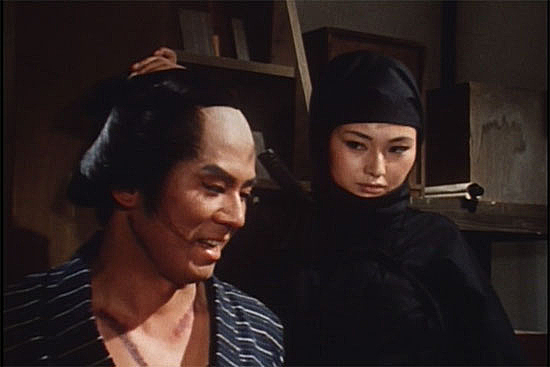 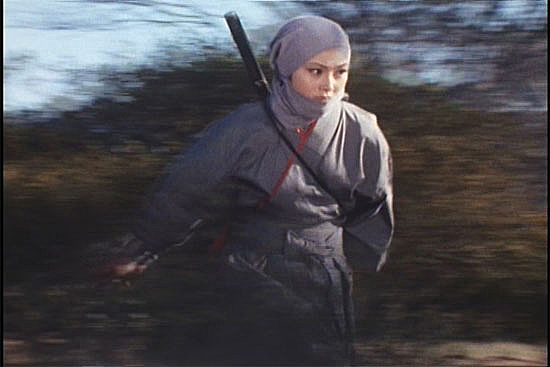 For the unfamiliar – and as a major lover of 70’s and 80’s Japanese action TV I HIGHLY recommend you become familiar – the Oedo Sosamo / Onmitsu Doshin property spans around 18 years of prime-time TV, TV specials and theatrical releases. Think of it like a chambara version of  The Untouchables or even The Mod Squad, with a who’s-who of genre stars filling in roles of shadow-skilled secret police patrolling feudal Edo. Kaji was just one of many kunoichi cuties and blade-weilding honeys featured. 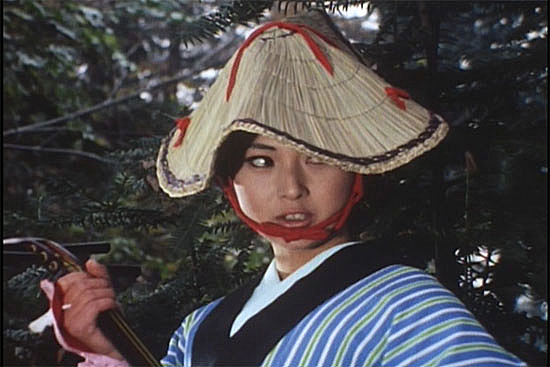 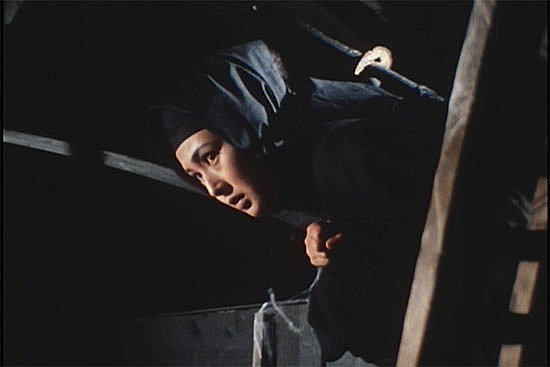 The female’s role in the team would always be disguised info gatherer and undercover intelligence, but when the gloves came off, they’d have short sword in hand ready to throw down. 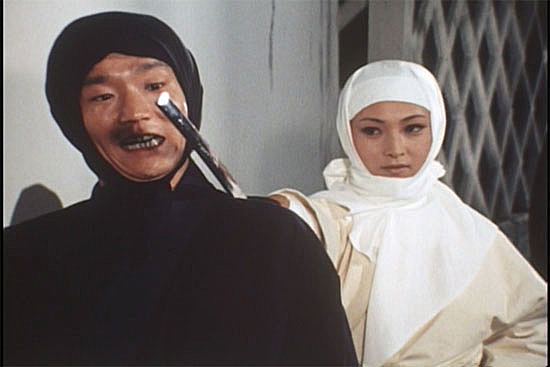 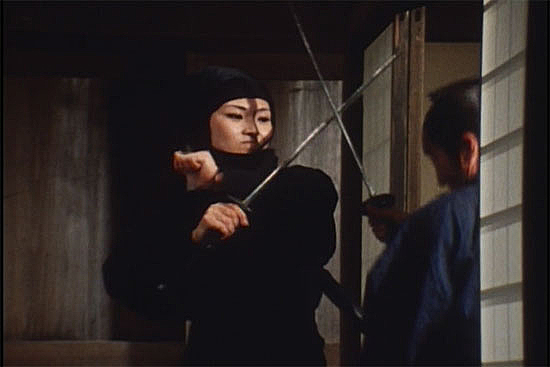 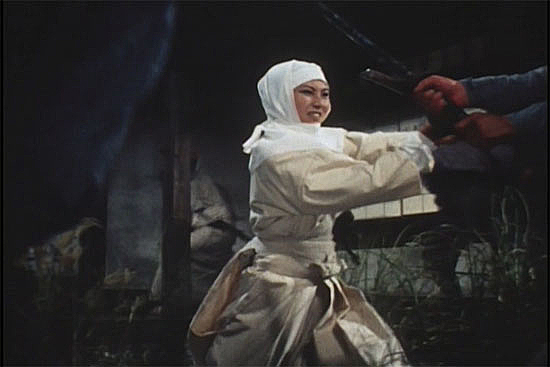 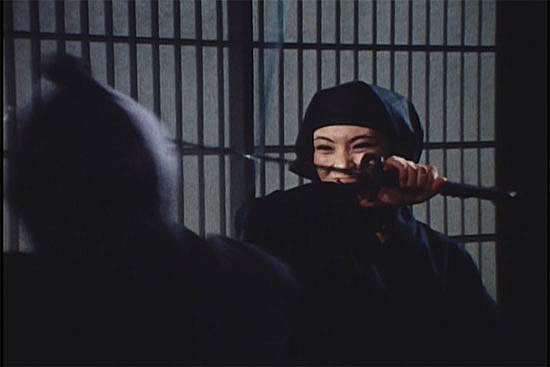 Needless to say, if a female villain ever showed up, it was the kunoichi’s job to take her out. You don’t want your handsome leading men cutting women in half, no matter how much they might deserve it. 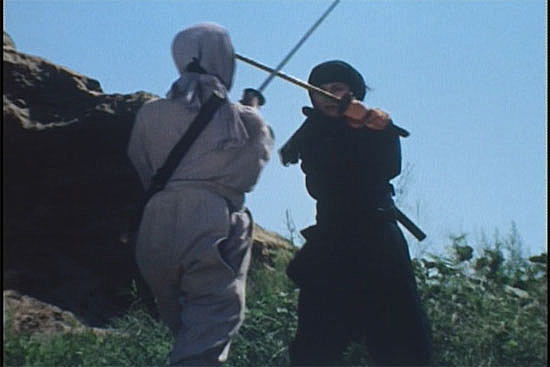 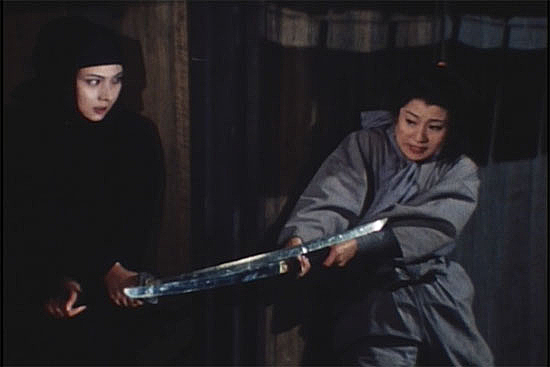 Read more on the gorgeous and enigmatic Kaji at Cult Sirens and at Pinky Violence. Chris D’s superb Outlaw Masters of Japanese Film is a must read as well.

AND speaking of ‘sword girls’ – check out this article on the rise in women’s sword training in Japan!