So-called “Motion Comics” released on DVD and partially-animated graphic novels adapted for tablet devices are familiar now, but go back a few decades and experiments in using still art in moving media are less frequent, and with mixed results at best.

Probably the best example of these were the 1966 Grantray-Lawrence Marvel cartoons created from re-purposed comic book illustrations, but as cool as seeing Kirby art kinda move around on TV, watching them can be a chore after a while.

I’ve never seen this rarity, but recently this video “pitch” to Criterion surfaced on YouTube, so one has hope of a release.


Not entirely sure what Criterion would do with this. It’s a niche product even for the already niche ninja movie and vintage Japanese animation fan bases. As evidenced from this Japanese movie poster, even their marketers didn’t know quite what to do with it: 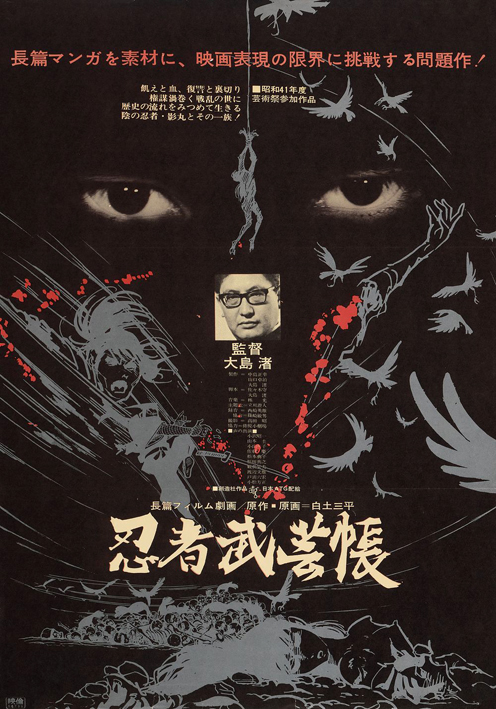 There’s a good article on this film and the frustrations of researching it, by Sean Rogers at The Walrus Blog.