Here’s some prime examples of 80s ninja craze merch lingering into the 1990s.

Extreme sports were on the rise, the X-Games were on the horizon, but 80s-style ninja crap still sold in discount stores and blanket vendors outside subway terminals, so why not cash grab with some crossover exploitation?

What it came down to for manufacturers of cheap skateboard, BMX bike and motorcycle toys was if you could take an existing product, paint it black with some red highlights, and disguise or change the HEAD enough to “ninja-ize” the piece, you had a whole new revenue stream. 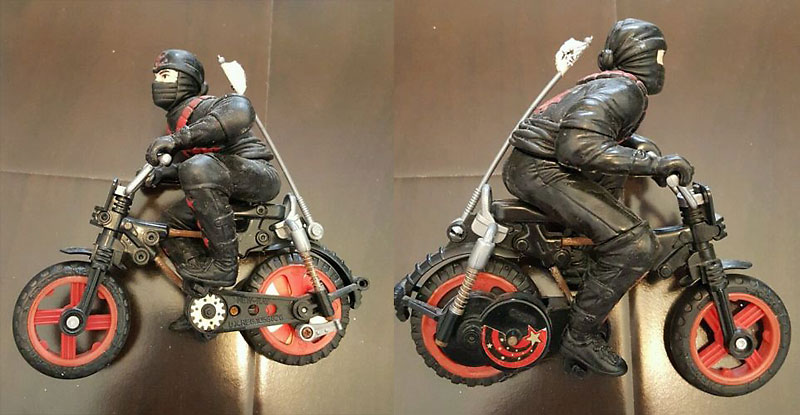 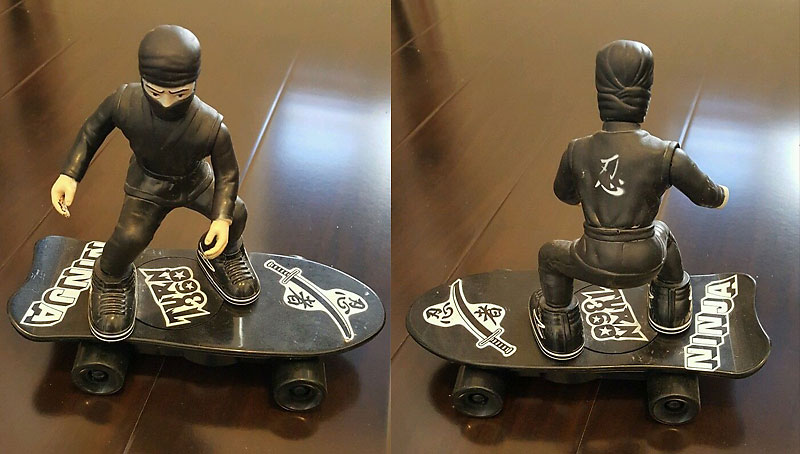 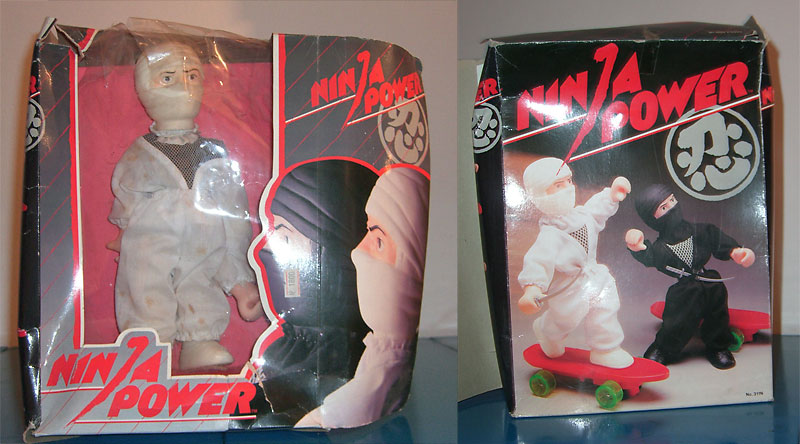