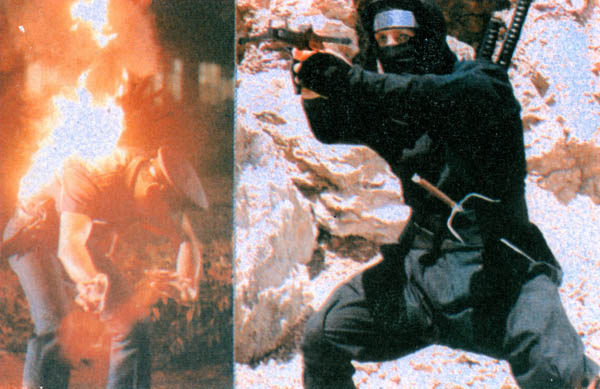 I’m going to lose my favored nation status over at Golden Ninja Warrior Chronicles by admitting this, but I have never seen the  [see UPDATE below] ninja-sploitation flick the Yugoslavians called Ninja Ratnici. Mmm… more nasty quality press stills from the Eastern Block. 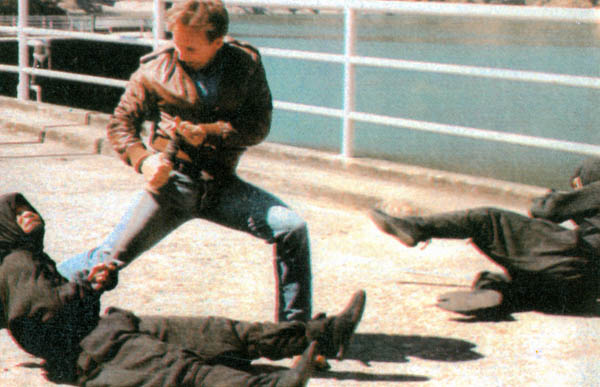 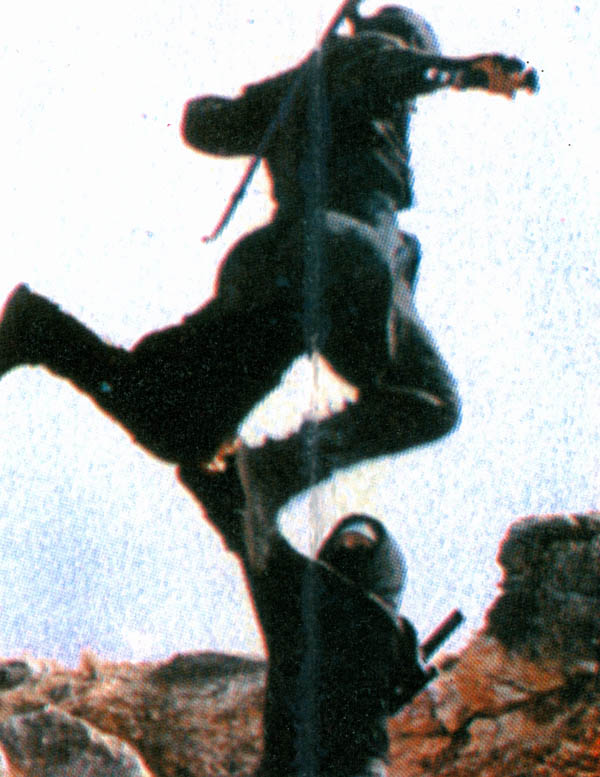 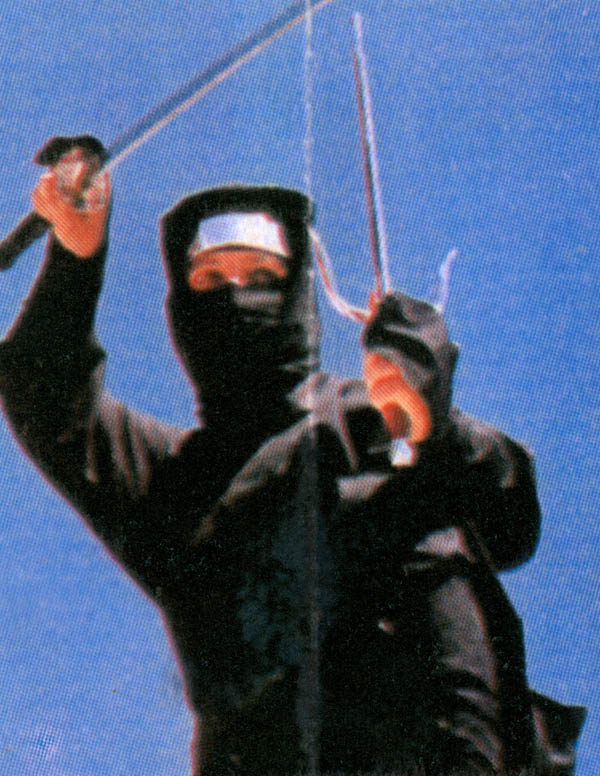 These scenes look like they’re from other, more familiar, films, don’t they? 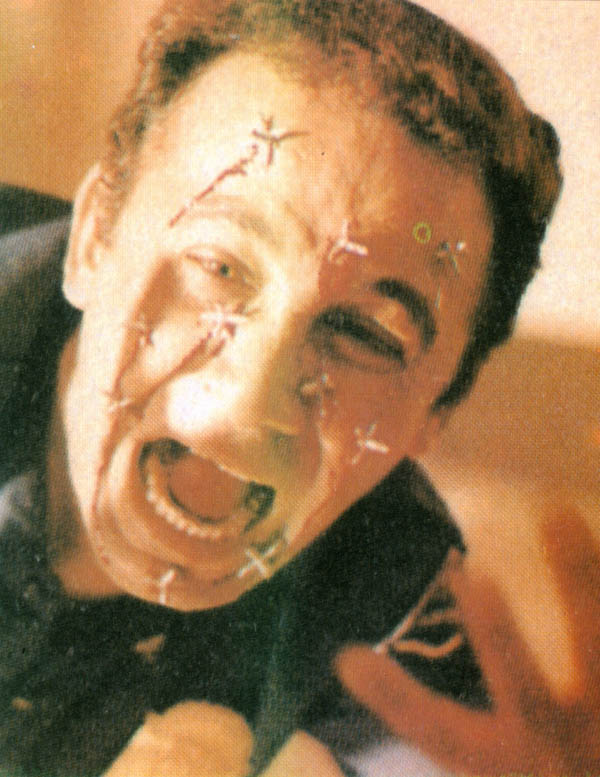 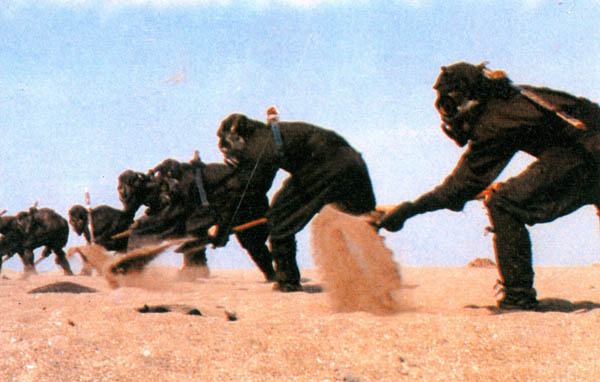 If anyone knows one of the probable half-dozen different English re-titles this thing was released under, drop me a line, will ya?

Nico? You out there? 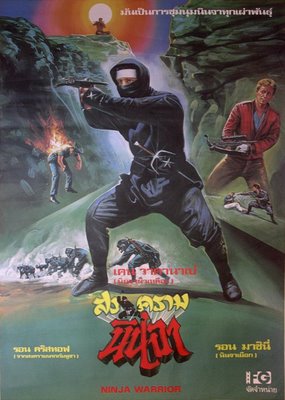 UPDATE:  Ninja Warriors was actually one of several ninja films shot in the Philippines, alongside the likes of the genre-igniting Enter the Ninja and 9 Deaths of the Ninja. It and two pseudo-sequels were spawned by star Romano Kristoff and the other Ken Watanabe (Kosugi’s master in 9 Deaths, not the Baian the Assassin superstar), who also shared all sorts of behind-the-camera credits. The action is highly derivative of other, more famous, genre entries in the finest of exploitation traditions.

Many thanks for the info peeps!!!