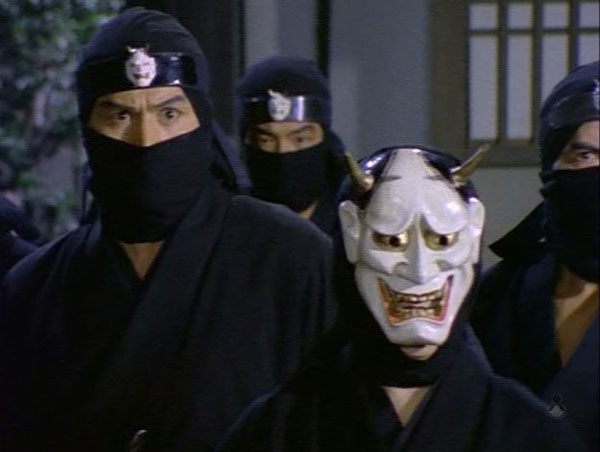 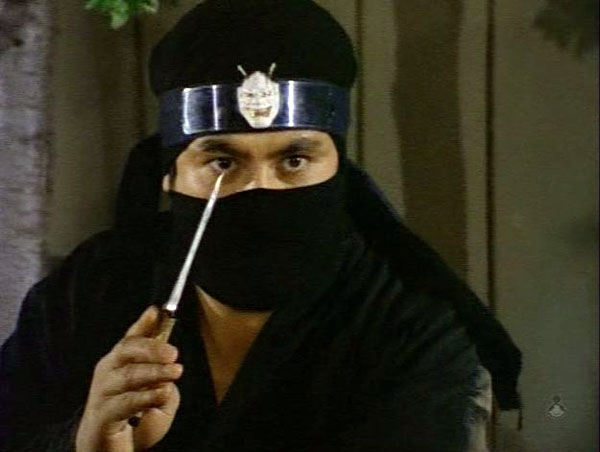 Meet the “Demon Yasha” gang – a group of oni-themed, ninja-garbed, thieves and killers being chased down by one of feudal Edo’s many secret police forces in Edo O Kiru V. 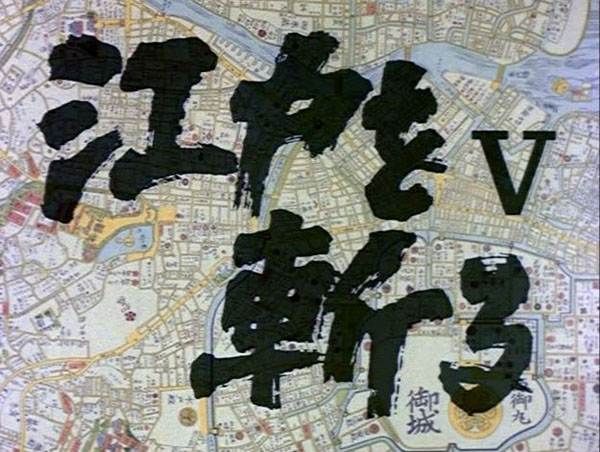 – Like the aforementioned modern American shows, they were ensemble casts formed around an attractive male lead, who was usually someone of position who instead of leading the easy life dedicated himself to helping the people of the city. Casts of helpers were often rounded out by someone with shadow-spy skills, an ace swordsman, a beautiful woman with hidden blade in her hair or banjo or some other civilian implement, a tomboy gal with surprising martial skills, a reformed criminal with inside connections, etc. and so forth.

– The operations are centered in some sort of public place where rumors and info can be obtained – a bar, bath house, inn, restaurant, etc.

– Someone new comes into town each week with a problem in tow, a who’s-who of genre regulars.

– Even though they all operate in a small, crowded urban area, they constantly go undercover with no one recognizing anyone else.

– There is at least one totally kick-ass sword fight per show, often a small team vs seemingly overwhelming odds.

This formula held true of all sorts of shows, from ‘secret police’ classics like Onmitsu Doshin to Chiba’s outright ninja-based Kage no Gundan.

Teruhiko Saigo plays a samurai magistrate slumming it with the commoners, doling out his own justice on the side. The real charm of this particular season of Edo O Kiru was his wife, a female sword expert played by the gorgeous Keiko Matsuzaka, donning the iconic “Purple Hood” to aid her man’s covert crusades.

The first episode of the fifth series in EoK‘s twenty-plus season run saw not only the female Purple Hood, but also a masked villainess leading a gang of cutthroats and a woman inheriting the jutte baton from her slain father, becoming Edo’s first policewoman. 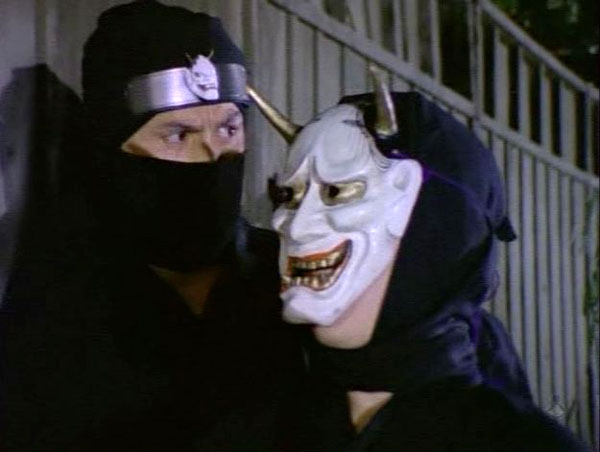 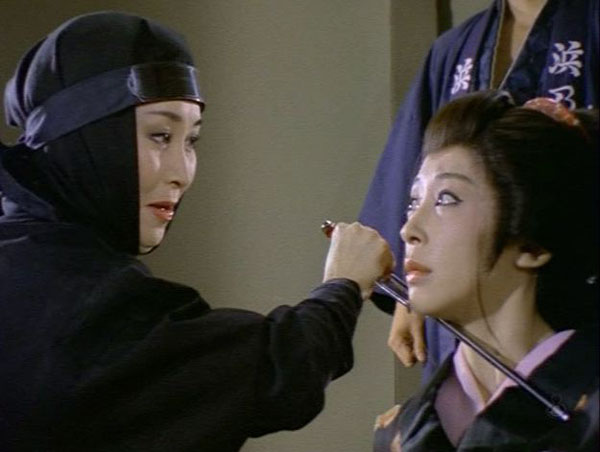 Saigo’s “Kin-San” is a popular character with varying incarnations. He’s all about justice, so he goes into battle with his sword turned backwards, delivering non-lethal blows to cripple foes until the legit law shows up. 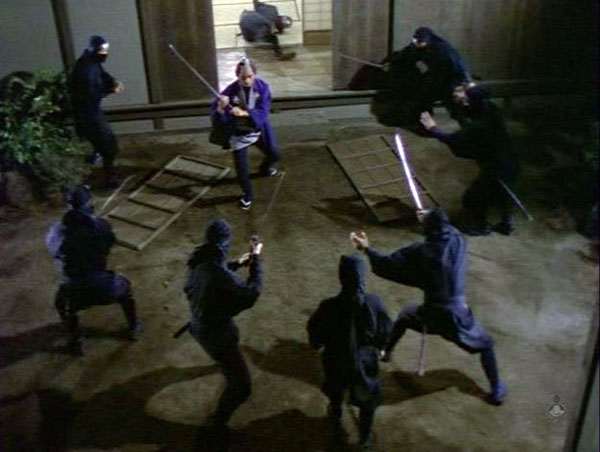 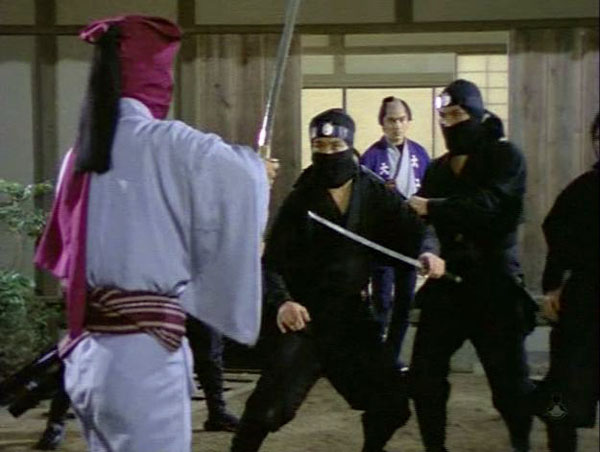 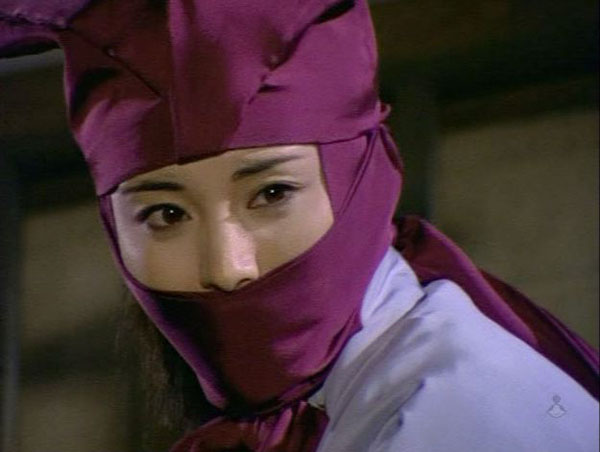