The 2000s was a strange decade for martial arts and martial arts cinema. Unlike the Bruce Lee-inspired kung-fu 70’s, the Sho Kosugi-driven ninja 80’s or the VanDamme-inspired kickboxing 90’s, the 00s didn’t have a definitive iconic star nor a decade-dominating single martial art. Sure, what we’ve come to know as “MMA” exploded in the past ten years, but what was once the simple “No Holds Barred” tournament has blossomed into a combat training / fight promotion / fashion industry that is larger than the martial disciplines it is composited from (Brazillian Jiu Jitsu, Grecco-Roman wrestling), or the ring sports it is aggressively trying to supplant (boxing, professional wrestling).

There is no Bruce Lee or Sho Kosugi coming out of MMA. Hell, they’re still looking for their sport’s equivalent of a Muhammad Ali or Hulk Hogan, never mind a crossover movie star that would propel the ‘art’ into something more household. MMA isn’t movie-compatible, either. It’s fine in a cage, with a ref, and replay angles showing you what on earth happened to make some bald tattooed guy tap-out furiously. But martial arts genres are built on bar fights with overwhelming odds, lone strangers defending helpless towns against bands of thugs, and vengeful students seeking retribution for the deaths of their masters. A triangle choke or a good ground-and-pound game isn’t going to topple the evil army of a modern-day warlord about to unleash a death ray from his remote and remarkably gun-free island. That kind of conflict needs acrobatics, swinging kicks and a massive arsenal of arcane Oriental weapons that can stack up fallen enemy bodies like cord wood.

And that’s why for the last ten years big budget liquid sword epics, Muy-Thai chop-socky and FX-driven ninja movies have usurped martial arts cinema like squatters in an abandoned apartment building. It was MMA’s decade to take, but If the Shamrocks and Rutten’s didn’t want the big screen, then the Tony Jaas and the Donnie Yens were there to take it.

The 2000s were a decade wherein a Wu Xia fantasy like Crouching Tiger, Hidden Dragon could win Oscars, so more money was pumped into period-set epics than ever before. Plenty of classics, some duds, but either way, if you like elaborate armor and flying sword-fights, it was a busy decade in the theater. More grounded was the upstart Muy Thai mini-boom, with the promise of Tony Jaa taking the mantle from legends like Jackie Chan and decade-bridging stars like Jet Li. Jaa’s full promise is yet unfulfilled, but it looks like the Thai action industry is here to stay. Donnie Yen made some amazing movies in Hong Kong this decade, too. But it was movies like Old Boy and Dog Bite Dog that proved non-martial artists, directed right, could be in some of the most memorable fight scenes ever filmed.

And damn if our beloved Japan didn’t use a few young, attractive non-martial artists to re-explore the ninja genre for the first time in decades. Building on the high-profile Owl’s Castle in the late 90s, the 2000s saw ninja movies redefined, standing on the shoulders of giants from decades past. In films like Red Shadow, Azumi I and II, Shinobi: Heart Under Blade and most recently Kamui Giaden, the historically credible techniques of espionage and the exotic tools of the trade introduced in 60’s cinema were combined with the acrobatics and wild stunt work of Sonny Chiba’s JAC-fueled 80’s spectacles, all with digital effects work that brought magical powers back to the genre not seen since the 50’s. Some of these movies were good, some pissed us all off endlessly, but regardless, the stage is now set where imagination is the limit.

But if there is one single icon, one profound and prolific image of ninja in the first decade of the new millennium, it is that of a blond-haired kid in orange snow-boarding gear, throwing ‘kunai’ knives. Naruto is THE ninja property of the decade. Anime tends to be ignored in terms of cinema, but it can’t be long before this mega property jumps from cartoons and comics into live action. I don’t dig emo and rave kids using X-Men-like super powers, but like it or not, Naruto IS ninja to a whole generation of kids now. It’s their Shinobi-no-Mono, their TMNT, their Kosugi boom. And they are the future audience…

Too many sites run decade recaps and best / worst lists looking back at the past ten years. Gets tiresome. Instead, I want to point out some seeds that are taking root now that will hopefully bloom into the ninja genre of the 2010s:

— The work of Masaki Segawa and Gonzo Studios – These folk have two hit ninja properties, Basilisk and The Yagyu Ninja Scrolls, that mix period-authentic with fantasy super-powers, with an edge of exploitive sex and gore. Strong manga and anime, with no end in sight. 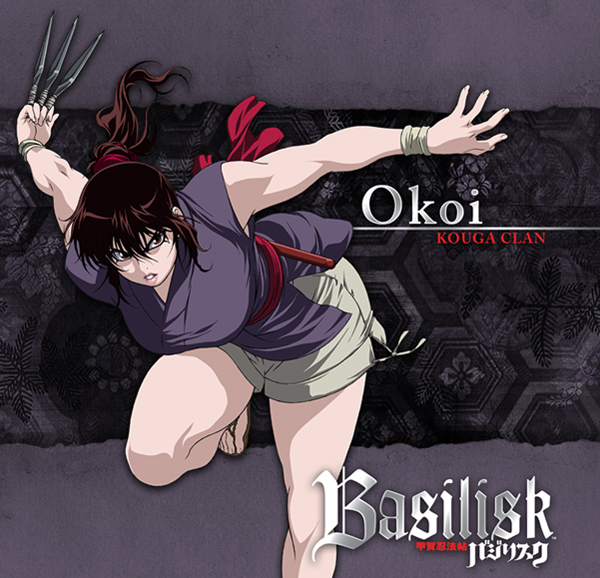 — Tales of the Otori – Haven’t checked out Lian Hearn’s award-winning book series? Do so now, this shinobi epic set in a semi-authentic fantasy Japan is a mega multi-media property waiting to happen.

— Knockoffs cashing in on the success of Ninja Assassin – I HATED this movie, but damn would I love to see a ton of other countries jump on a perceived bandwagon and launch a new wave of down-n-dirty ninja flicks. Throw in some GI Joe knock-off ninja action while yer at it…

— The trend of down-to-earth costuming – Take a look at video game designs from the beginning of the 00s to now. Sure, the ‘extreme’ fantasy elements of a Ninja Gaiden are still there, but there’s also stuff like Red Ninja and the brand new Mini Ninjas that take the heroes back to a credible period-based design ethic. I’m all for a heroine in simple yukata using low tech weapons. Make the enemies ‘extreme’ if anything.

— The ironic ninja comedy trends are dead or fading – OK, I laughed at Real Ultimate Power, but enough with ‘Ninjas vs. Pirates’ already, and no, I do not want to Ask A Ninja. I have a dream that one day, our beloved black clad martial arts commandos won’t be the brunt of some douche bag’s joke.

— The future of movie collecting – The 00s saw an explosion of retro-releasing, never had more ninja movies from more countries been available in their original forms. Hell, even Criterion released ninja films on DVD. Now, DVD is dying, but digital download and streaming will take its place, and will be a more economically viable home for niche media. Between official studio releases and fan subbed stuff floating around the interwebs, we’ll have plenty of digitized HD shinobi action coming our way.

So hello 2010s! Ninja aren’t going anywhere, and for that matter, neither is Vintage Ninja.